But is It Really the Final One?

I think at this point we have to admit that, more than just about any other Slasher film series around, the Final Destination films are just plain mean spirited. Slasher movies, but their construction, are designed to take a bunch of characters and kill them off, one by one, but the point of a Slasher is, in a way, to test the lucky survivors, to put them through the gauntlet to watch them come out the other side stronger. "You survived this, so you get to live a happy life knowing you're a survivor." It's that hope, that thought that someone is going to get a happy ending, that drives a Slasher film. 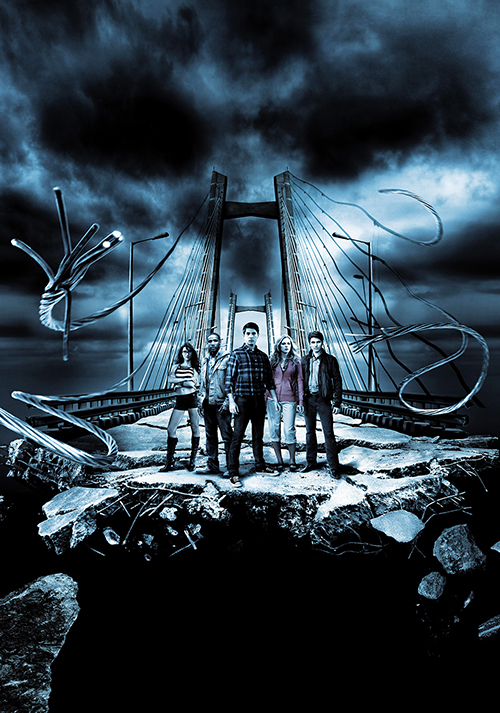 Now sure, a later sequel could come along and ruin that -- Nightmare on Elm Street 4: The Dream Master killing off the final girl of Part 3: Dream Warriors -- but within any one movie you have to have some thread of hope. You have to want someone to live or you're simply a torturer, complicit in the deaths and laughing at the misery.

That's the issue I have with the Final Destination films: there's no hope. Every film sets it up where all the characters die, and even the ones that do survive are said to die in the next ones (especially if you use the alternate cut of Final Destination 3 which killed the survivors of Final Destination 2). No one gets out of this series alive and, but a certain point, there's absolutely no hope because you know, whatever tag ending the films tack on will kill everyone left.

By now, with this fifth film, we already know all the beats of what's going to happen. Someone -- Sam Lawton (Nicholas D'Agosto), hapless paper sales man in this case -- will have a vision about their impending death. They'll dodge it, managing to save a few other people in the process. But, then, over the course of the film, everyone they saved will died off in the order they were supposed to bite it. And then, in the last act, when everyone thinks they've dodged "Death's Plan" and this time they're the lucky ones, they end up dying as well because Death will never get cheated. It's tired and exhausting all at the same time.

To this film's credit, it at least manages to be the most engaging of all the films since the 2000 original. That's in large part due to lead actor D'Agosto. A charismatic actor who's starred in a lot of bit parts before getting a lead role in NBC's lawyer comedy Trial and Error. He's the best part of this film and gives it what momentum it has. He's engaging, amusing, and the one thing that keeps the film rolling along. 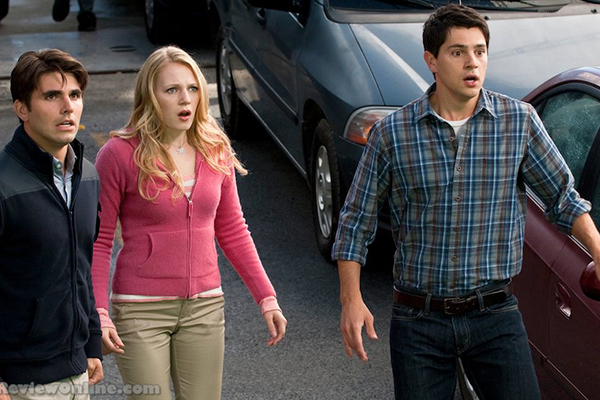 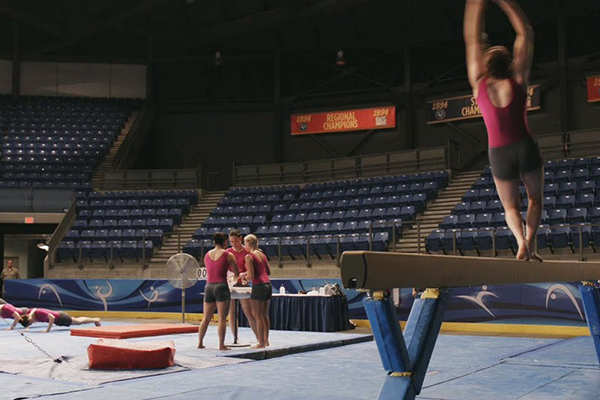 Really, in that respect this film takes a page from both the original film and the third entry, where leads Devon Sawa and Mary Elizabeth Winstead (respectively) lent the film enough charisma and star power to sell the series's under-baked concept. One good actor can manage to make these films palatable, and at least in that regard the film succeeds. It builds everything around this one star and hopes you don't notice how tired the rest of the movie has gotten by this point.

And it has gotten tired. You remember how in each previous film the movies would set up the survivors and then knock them down in long, elaborate sequences that had comically tragic and gory deaths? Yep, same thing happens here, in the same order and the same way. Some of them are pretty well set up -- Candace (Ellen Wroe), an intern at the paper company and gymnast, has a pretty solid sequence that builds and builds and builds until it leads to a comically gory release. And there's a pretty aggressively nauseating sequence of a girl, Olivia (Jacqueline MacInnes Wood), going to get LASIK and horribly burned by the surgery laser. The movie delights in pain and suffering with over-the-top endings, and sometimes they're effective (or, at least, horrifying).

But they're also just too much at this point. I'm a fan of Slasher films and I like creativity in the kills a movie can dole out -- don't just cut someone up with a machete every time, use the tools around you as you hack through a series of co-eds -- but there comes a points where a series of films has gone in so hard on elaborate, Rube Goldberg-style sequences that the creativity has been drained out of it. You start learning the moves, seeing the clues, guessing what's going to happen before it does, and no amount of gore can cover over the fact that we've simply seen it all before, ad nasueam.

It doesn't help that, outside of D'Agosto, we really don't have any other great characters (or actors) to carry the film. The most recognizable actors are P. J. Byrne as an asshole sales guy, Isaac, and David Koechner as the dickish boss, Dennis, both of whom are so clearly fated to die you don't even care what happens to them. They're fodder, grist for the mill, and you can't even invest in hating them (no matter how much the movie wants you to) because you already know what their fates will be. 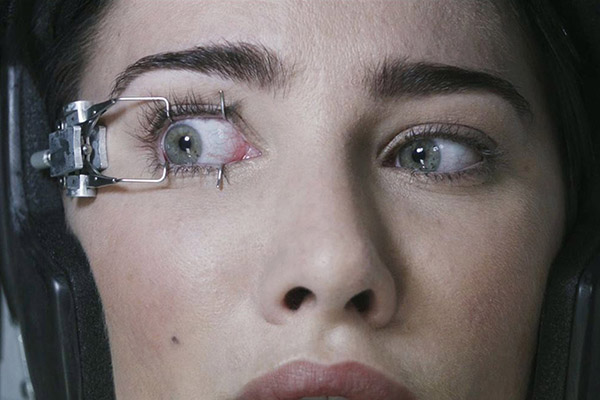 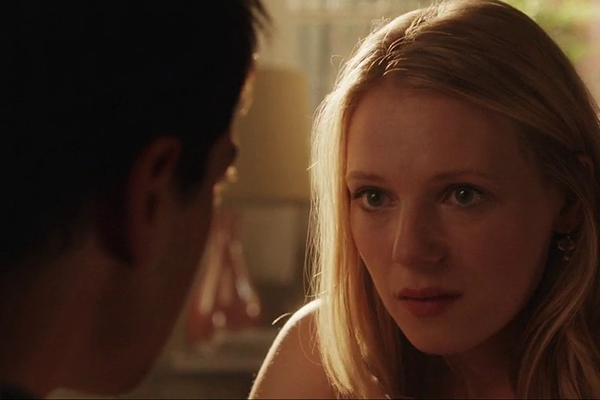 That's because we know, going in, what the fate of every single character will be. Counting this film, three of the movies have ended with ever character dying, and the first one ended with an ambiguous ending that implied the same. Only one film has truly let anyone live at all (even if their fates were sealed the next movie over), so it's not like we really can care that much. This is just another cycle of watching dominoes get set up and then knocked down and, at this point, I'm just tired of it all.

Although the studio has been promising (threatening?) to make another film, or TV series, based on the franchise, it's been nine years at this point since we saw an entry in the franchise. I have to hope that this film is the last because, honestly, I'm getting bored by what this series has to offer. If there was hope, if there was a chance someone could make it out of these films alive, then maybe it would all be worth something. But the fact that this film goes out of its way to seal the fate of its heroes by, of all things, tying their deaths into the explosion from the first movie that kicked off the franchise, I really doubt hope is something the producers understand. It might just be best if, like all the heroes in these films, the series has met is own final destination once and for all.

Sleeping with the boss. One of the interns at the paper company, Candace, is hooking up with her direct supervisor, Peter. A serious no-no in the corporate world.

Obviously, ignoring the splashy (pun intended) opening kill sequence, we have Candace (her again), now at a gymnastics practice. This is actually a long sequence, one that slowly lets the tension for Candace's death build up, and it's honestly pretty stressful. But it ends with her taking a dive on the uneven bars and breaking more of her bones in the process. Death comes soon after.

Nine, with poor Candace leading us off, followed by a sleazy sales rep., a poor girl going for LASIK, the asshole boss, an FBI agent on the case of these mysterious deaths, one of the friends who survived driven mad by grief, and then, in quick order, the last three survivors because no one gets out of one of these movies alive.