Yeah, this is the point where the Final Destination series goes right off the rails. Quite literally, in fact, as this film opens with a roller coaster derailment. But beyond new deaths and a new heroine to get "the visions" of what's to come, this film doesn't actually add anything new to the Final Destination experience. It's just another bunch of co-eds missing their intended deaths and then dying one after another. 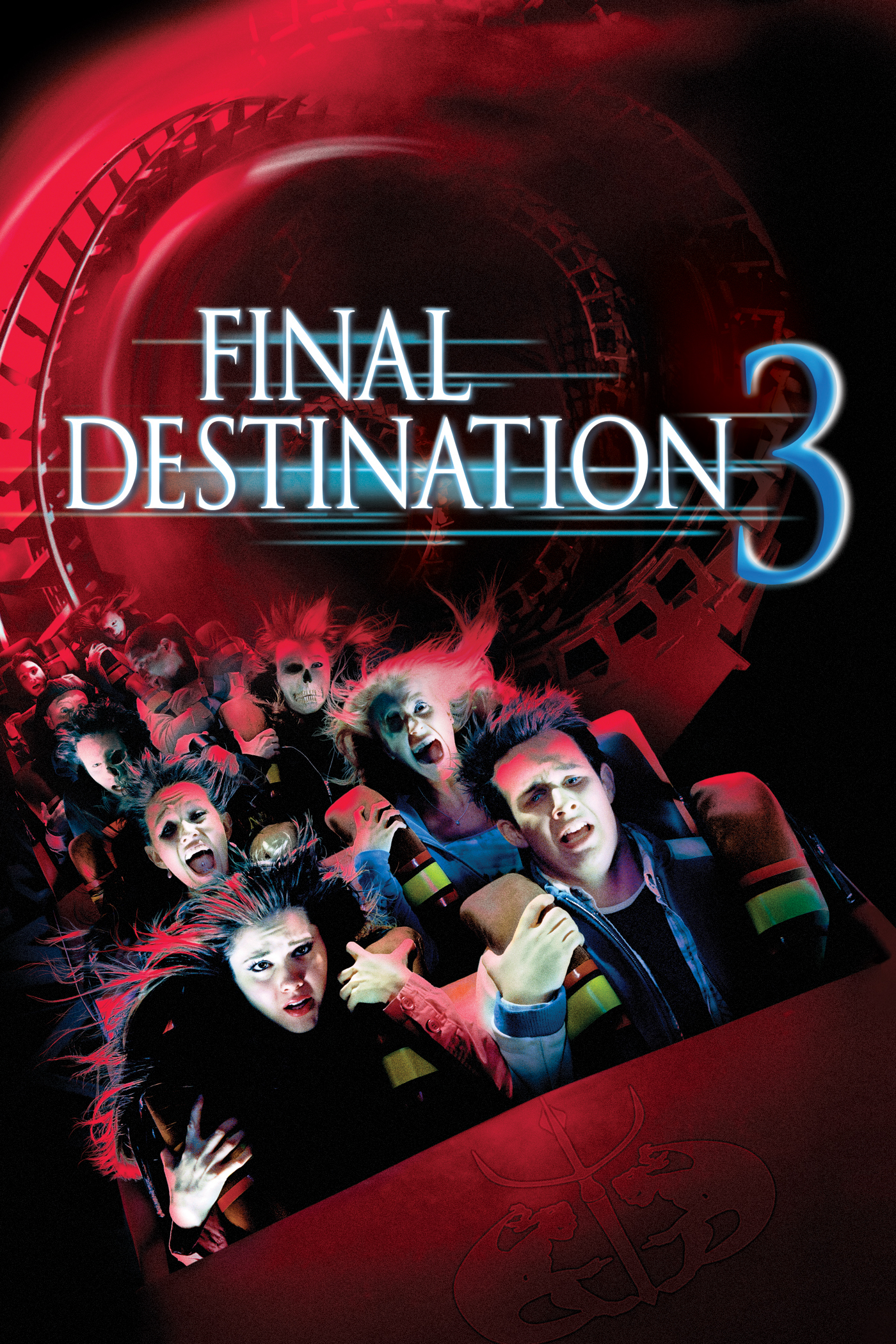 Is that a problem? As a fan of Slasher films, I know full well that any of the series will iterate and provide more or less the same story over and over again. Jason will find another bunch of campers, Freddy will invade the dreams of another set of teens, and Chucky will get remade and go find someone new to eventually be his host. These kinds of films don't often have anything new to say on the matter (the latter Child's PlayAlthough some might have thought that the idea of a killer doller slasheer flick couldnt' support a multi-decade spanning franchise, Chucky certainly proved them wrong, constantly reinventing his series, Child's Play to stay fresh and interesting three decades later. films notwithstanding), but you can often get late-stage bursts of creativity that mark a series at least trying to add something new to its basic formula.

Final Destination 3 is not like that; this film, like the next two sequels to come, has nothing new to say on the matter. It references the previous films, yes, but it doesn't add in any new mythology, just finding a different way for our heroine to figuring out Death's plan and try to prevent it. Any reference to somehow bringing in new life (like in the second film), or worrying about how to end Death's plan once and for all is abandoned for essentially redoing the basics of the first film, just with new teens to kill. There's plenty of gore and action, but the soul of this series is already dying (and we still have two movies to go).

In our third trip to the well we're introduced to Wendy Christensen (Mary Elizabeth Winstead), high school senior who also worked on the yearbook committee as a photographer. She goes, with her boyfriend Jason Wise (Jesse Moss), best friend Carrie Dreyer (Gina Holden), and best friend's boyfriend Kevin Fischer (Ryan Merriman), to the senior party at the local fair. They've all been waiting to ride the big roller coaster at the fair, the Devil's Flight, but just as they're about to take off, Wendy has a vision of the roller coaster crashing and everyone on board dying.

So she freaks, gets off, and drags half the passengers off as well, including hot girls Ashley Freund (Chelan Simmons) and Ashlyn Halperin (Crystal Lowe), creepy skeeze Frankie Cheeks (Sam Easton), jock Lewis Romero (Texas Battle), goth kids Ian McKinley (Kris Lemche) and Erin Ulmer (Alexz Johnson), and Kevin. Of course, as we know, that's not the end of the story as Death keeps coming, taking out each of the teens, one- or two-at-a-time, in various creative ways. Wendy starts to figure out that the clue to how they'll die are in the photos she took of the fair, but whether she can save anyone, and stop Death's plan, is another matter altogether. 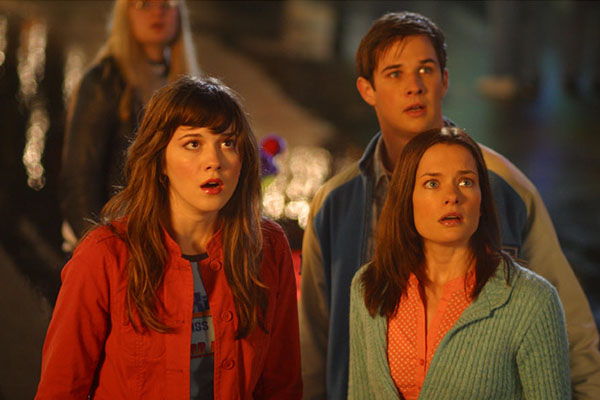 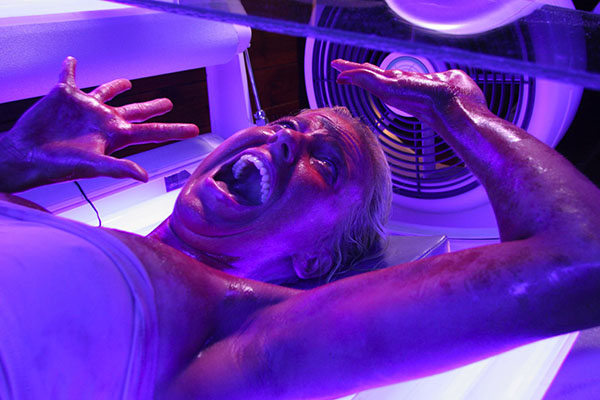 The high point of this film is certainly Winstead. She's a fantastic actress who we've seen in a number of films covered on this site (Scott Pilgrim vs. the World, The Thing, and Birds of Prey, to name a few). Even when she's in bad movies (like Live Free or Die Hard) she's still great, and she brings that same acting talent here. She acts the crap out of her character, selling every scene she's in and acting as the focal point of this whole movie.

Frankly, Winstead is too good for this film because without her it would be a poorly acted and horribly directed slog. But, because of the actress, who invests fully in Wendy and gets you to care about her and everything going on around her, you can't help but get invested in the movie. At least when she's on screen, at any rate. When she's not around, the film devolves into a generic Slasher flick, one that takes special delight in killing its characters in horrible and gruesome ways.

To the film's credit, some of the kills are pretty creative. They're horrible (such as a tanning bed mishap we go into below), and most of them are gory and grotesque, so those looking for a splatterfest will get exactly what they want. That said, there isn't anywhere near the creativity of the kills, or that slow and steady build up that really keeps you guessing. The buildup and anticipation isn't there. Most of the kills just kind of happen, and while you can see some of the things that can lead to the deaths, they don't feel like anywhere near the involved, Rube Goldberg mechanisms we saw from previous films.

Death here isn't creative, he's just malicious. And that's an issue I have with these films at this point: there's no hope. When you can see Death's plan you're supposed to be able to avoid it, to save yourself so it skips to the next person. But the first film set it up that if you get skipped Death will come back around for you. While the second film added in a clause that you could end it (with the creation of "new life", whatever that means) this film doesn't bother taking that route. Our heroes won't ever catch a break as, sooner or later, Death will swing back around again to punish them once more. He always gets his due, no matter what you manage to do beforehand. 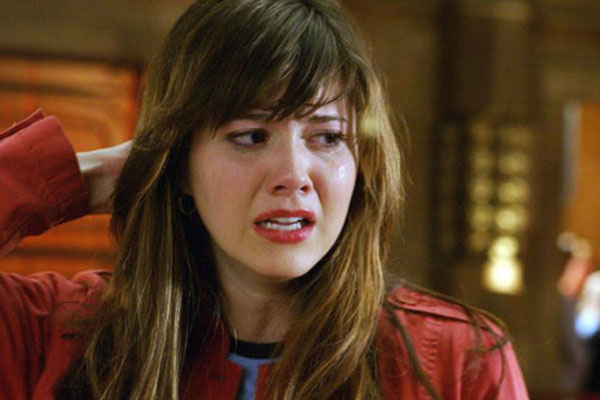 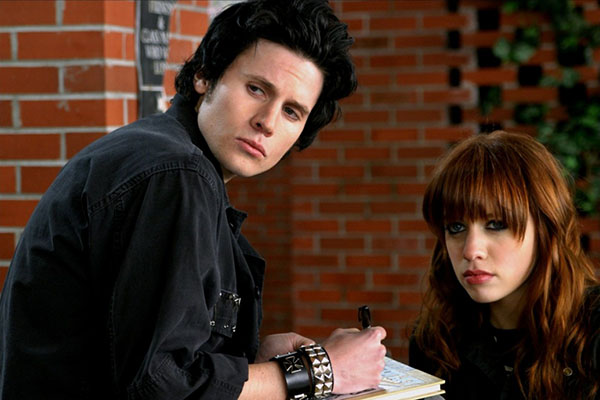 And, hell, you can be just as malicious if you want, as the DVD version of the film even lets you "choose their fate", deciding if you want the character to die, and how. That feels a little too on the nose at this point, a little too much like we're the "old gods" in Cabin in the Woods, punishing our victims simply because they were young and we have a taste for blood. Slasher movies have to walk a fine line between blood lust and hope, between terror and torture, and at this point already it feels like the Final Destination series had tread right over that line.

The ending doesn't help as, like the first film, it wipes away any last hope for our heroes. Wendy is on a subway train, and then sees her sister, Julie (Amanda Crew), as well as Kevin, all on the car with her. And then she has a vision of them all dying, only to then snap back to herself too late to stop it from happening. An ending like that leaves you wondering what the point of any of it was. It's one thing to have a bunch of characters die, but if no one survives the whole hour-and-a-half you spent was pointless. Someone has to live, someone has to make it out of Death's plan or Jigsaw's puzzle box or whatever other maze of death they were in. There's no hope here squandering whatever good will Final Destination had. It's a mean movie, in short, and I'm already getting tired of this series' ploys.

There really isn't a big sin to kick off this killing spree. The best we have is some creepy dude perving on two girls who then takes his video camera on the ride and causes the accident... except the accident happens even when he doesn't ride the ride, so does that sin actually count?

This movie gets pretty damn uncomfortable quickly. The two hot girls that were perved on by the skeezy dude go to get themselves tans at a tanning parlor. Admittedly some of what they suffer is their own fault (messing around with the settings on equipment, locking the front door of the parlor so no one can skeeze on them while they tan). But when the AC fritz, a coat rack falls over and traps both the girls in, and then the tanning beds over heat, we get a front row seat as they slow cook and then catch fire. It's pretty rough.

As always, we discount the opening spree of death since our heroine's vision changes that fate (making it hard to get an exact count on how many die). So instead we pick up after the survivors start dropping, and that gives us seven: the two hot girls, the perv, the jock, one of the goth kids, a random friend of Wendy's sister, and then the other goth kid, all from the coaster. Plus a bunch more in the ending train crash that also is part of a vision so it also doesn't technically count.