A View to a Kill

I won't argue that the original Final Destination is a perfect film. What it does, though, is introduce a new kind of Slasher concept, that of the immutable force that can't be fought or killed, only cheated. Death is ever-present, the first film indicates, and the only thing the players in the story can do is find ways to avoid it, to cheat it a little while until it comes swinging back for another round. 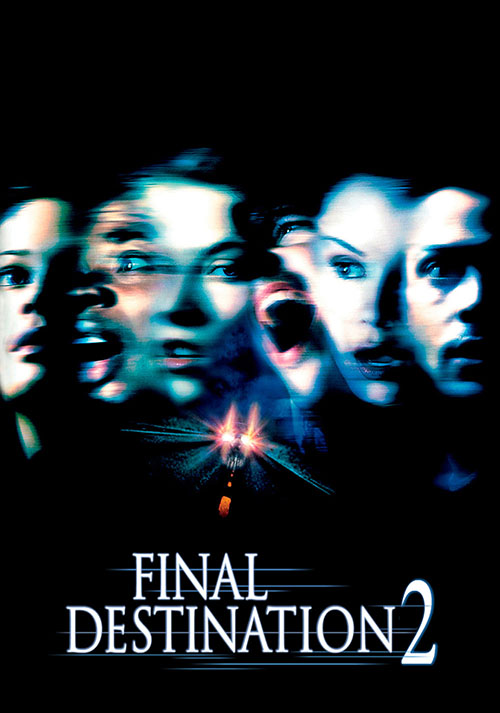 The question then becomes: how can you craft a sequel for that kind of story where it doesn't feel like just another rehash. The later sequels don't manage to pull that off all that well, but I do have to admit that this first sequel, the creatively titled Final Destination 2, does manage to add just enough new twists to the formula to keep things somewhat fresh this time around. It's not as good as the original film (for a certain definition of "good" anyway), but it is pretty successful in its own right.

Like with the first movie, this film opens with a horrible accident. Our main character, Kimberly Corman (A.J. Cook), as she's about to venture off with her friends for spring break. She piles into her SYV with best pal Shaina McKlank (Sarah Carter) and guy friends Dano Estevez (Alex Rae), and Frankie Whitman (Shaun Sipos), and they head off to the highway. But, as drive Kim is sitting at a stop light, she has a vision of a horrible wreck, logs falling off a car, plowing through vehicles, cars exploding, and people getting crushed and burned to death. Then she comes back to herself, freaks out, and accidentally saves a bunch of people that would have ended up in the wreck, which happens anyway.

Now she's realized she's the only one that can save these people as Death takes another swing and starts to bump them all off, in reverse order of how they would have died, one by one. Death goes to elaborate extremes to take out these people, setting up the dominoes to fall to take each and every one of them out. But it's when Kim learns about a previous incident like this (in the previous film) that she decides to track down the one survivor, Clear Rivers (Ali Larter), and find out if there's a way to end Death's plan.

So there's a certain amount of rehash to this concept. Obviously we have another accident, another set of teens and young adults surviving, and then a bunch of people getting killed, one by one, after. The second film borrows liberally from the first film, already crafting a formula that will come to define the series moving forward. If you're looking for a wholly new take on the material, and not something that just seeks to play in the same sandbox as the first film, Final Destination 2 is not the film for you. 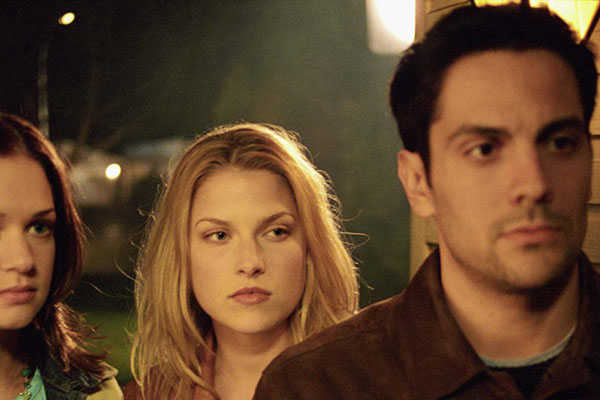 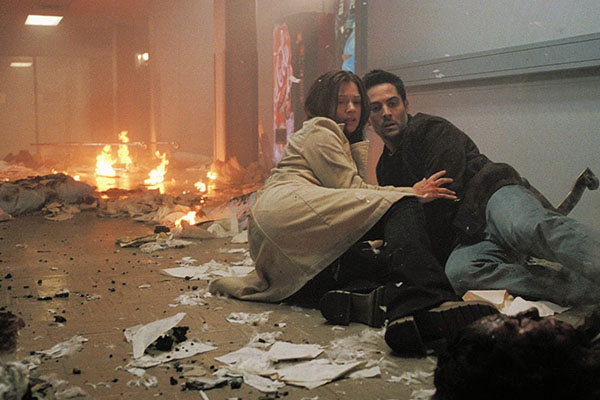 But if you're a Slasher film fan you're already used to films series rehashing the same material over and over again (see Friday the 13thOne of the most famous Slasher film franchises, the Friday the 13th series saw multiple twists and turn before finally settling on the formula everyone knows and loves: Jason Voorhees killing campers 'round Camp Crystal Lake., HalloweenThe franchise that both set the standard for Slasher horror and, at the same time, defied every convention it created, Halloween has seen multiple time lines and reboots in its history, but one thing has remained: Michael Myers, the Shape that stalks Haddonfield., Nightmare on Elm StreetThe brain-child of director Wes Craven, A Nightmare on Elm Street was his answer to the glut of Slasher films that were populating the multiplex. His movie featured an immortal character, Freedy, with a powerset like none other, reshaping the expectations for Slasher movies to come., etc.). What Slasher fans want is just enough variety along with solid, gruesome deaths, and on that front Final Destination 2 does deliver, and delivery well.

For starters, the film ups the ante on gore and kills. Where the first film set up little dominoes sometimes, letting you sense that a kill was coming before Death made its move, here the film goes for long, Rube Goldberg-style setups that just build, and build, and build to ridiculous extremes. Admittedly this could go to far (as we'll see when we get to the later films in this series), but here, in this first sequel, the ratcheting up of "Death's Game" allows the suspense and horror to build. It's silly, yes, but in a fun and gory way, and I liked that.

At the same time, this film tries to honor the story that came before, directly tying itself into events from the previous film. Not only does Clear come back to inform us of what happened before (and provide a direct connection of continuity), but then we learn that all of these characters one way or another, are connected to characters from the first film. Death, in its own way, is going after not only the people who survived this film's big accident but also trying to clean up the mess left after the previous accident was somehow avoided by the first film's (temporary) survivors.

In the process, the film also helps to define the mythology for Death further. To stop the cycle, as we learn, "a life must be created". What that means, and how it plays out, is part of the climactic mystery of the film, but it does lead to the only film in the series where (some) of the characters actually do get to survive without any caveats. Bear in mind: this will not happen again, and the films get pretty mean about killing everyone off. Here, at least, we get some kind of respite making it feel like something was accomplished by film's end. 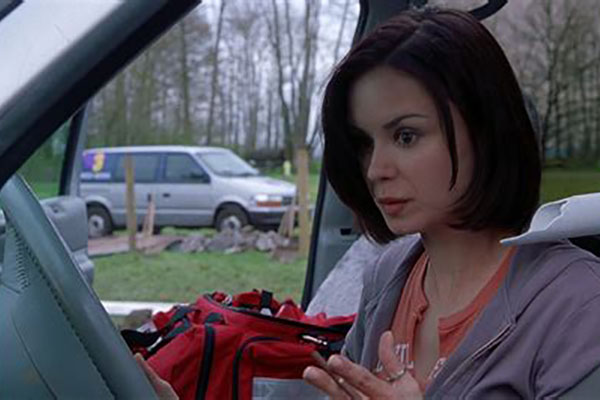 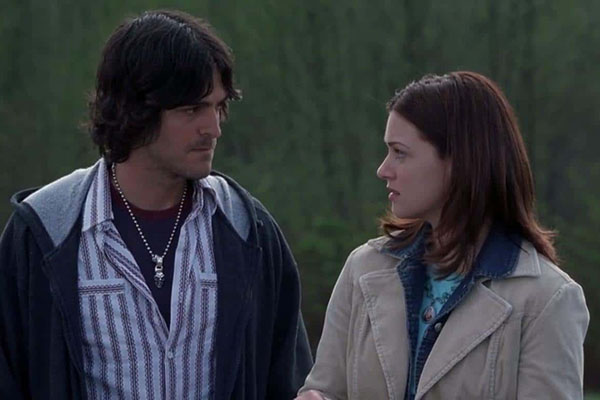 This film provides just enough detail to its story, with characters that an enjoyable to spend time with, and plenty of gory deaths to keep everything moving. It's not as fresh as the first film, of course, and it certainly doesn't add much new to the whole thing. It is respectful of what came before, moves at a solid clip, and doesn't outstay its welcome. Considering the crap the slasher genre can provide (and how bad this series gets), that's high praise indeed.

Talking about having sex and doing drugs. Well, and then three of the teens that open the movie start doing drugs. That pretty well gets them all put on the ride straight to Death City.

As with the previous film, we open with a horrible accident that our heroine, Kimberly, sees before it happens a horrible, multi-car pileup on a highway. She stops everyone she can from getting onto the road, but while she decides to get out of her vehicle, her three friends do not, and then a truck drives through it, killing the three teens.

Discounting everyone we see die in the initial vision (and all the collateral deaths that probably occur as well), we then have eleven: Kim's three friends, and six of the other survivors, plus Clear, and then one more dead for good measure.