He Is the Master of Disaster

A Nightmare on Elm Street 4: The Dream Master

To say that my faith in the Nightmare series was restored after watching Dream Warriors is an understatement. Even knowing what to expect from the second film, and going in with an open mind and attempt at being fair an impartial, Freddy's Revenge is still a pretty wretched movie. While the third film, Dream Warriors isn't a perfect film, it more than redeems the series after movie number two. As such, but when I originally watched these movies, I was excited to see where the film series could go from here. 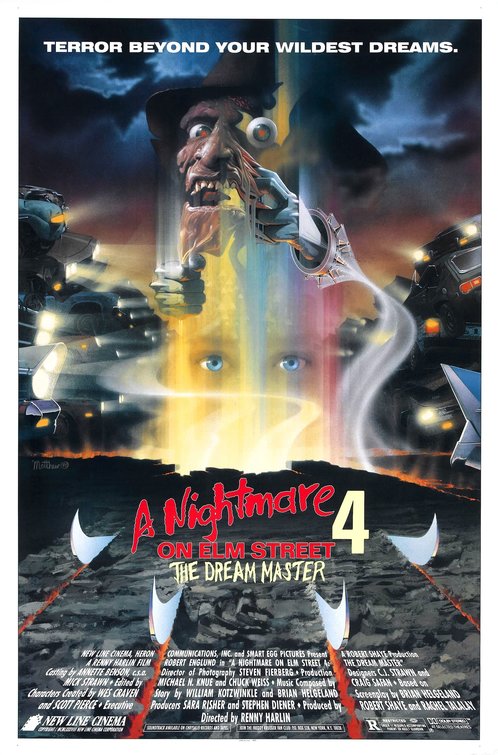 Before we get into the meat (and gristle, and bone) of the movie, we should note that this film had no input from Wes Craven, the mastermind of the first and third films. Craven wouldn't come back until the seventh film, the very meta New Nightmare, so any expectations about this film have to be tempered some. And that's despite the fact that this movie is a direct continuation of the third film -- characters return, and plot lines kind of continue. This is actually the second in a trilogy of interconnected movies for the Nightmare series, and although Craven wasn't involved in this production, I do appreciate the film's attempt at continuity moving forward.

In Dream Master, we pick up sometime after the events of the third film with the survivors of that movie -- Kristen (recast for this film, played by Tuesday Knight), Kincaid (a returning Ken Sagoes), and Joey (also a returning Rodney Eastman) -- have all been released from the mental hospital and are back at high school; the teens have made new friends and settled into comfortable lives once more. But then Kristen has a scary dream, one that reminds her a great deal of the old dreams she used to have about Freddy (Robert Englund, of course). Soon enough Kincaid and Joey are picked off by the Dream Master (title drop), one after another, and only Kristen is left, the last of the Elm Street teens.

Soon she's having her own deadly nightmare about Freddy. Accidentally using her dream telepathy, she pulls her friend new Alice (Lisa Wilcox) into the nightmare. As her last act before Freddy takes her, Kristen gives her dream powers to Alice, which sets off a new domino effect of killings as Freddy uses Alice to draw other kids into her dreams, allowing him to kill a new batch of teens. Can Alice find a way to stop Freddy before he kills all her friends, or will they all die, leaving Alice to be the last of Freddy's victims?

When looking at the Nightmare series as a whole, this fourth film, Dream Master marks a turning point for the series. With all the original cast members killed (Including Nancy Thompson in the last film), as well as most of the people with acting talent from any of the three movies so far, we get the B-team of actors trying to emote their way through this slasher flick. Even Kristen has been recast, getting rid of the half-way decent Patricia Arquette in exchange for the much less capable Tuesday Knight. No one in the film is really able to give weight to the material, with most of the teens really feeling like rejects from an after school special. 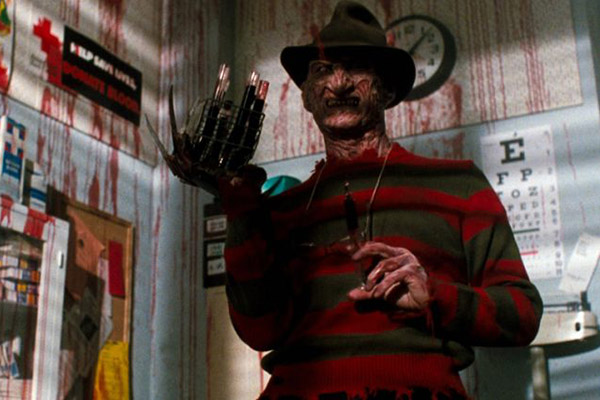 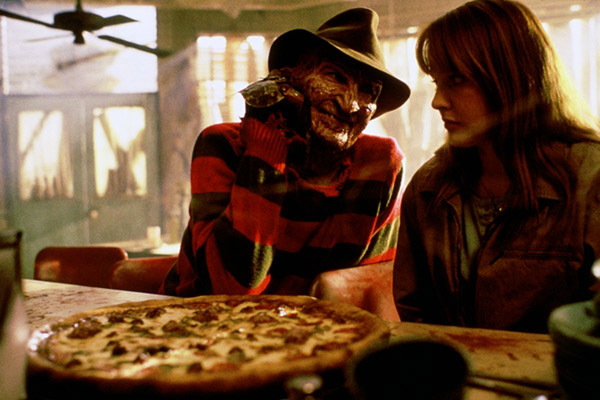 But bad acting isn't the only new norm for the series moving forward. To make up for the lackluster teens, Freddy gets a bit of a makeover here. In the previous films Freddy (as brought to life by Robert Englund throughout the original series) was a presence, a shadowy menace who only occasionally spoke. Sure, the film had increasingly made him more and more quippy, but his evolution feels complete in The Dream Master -- here, not only is Freddy more prominent, but he very often breaks the fourth wall, addressing the viewing audience to give one-liners while he mugs for the camera. This is the Freddy people know, the chatty and sarcastic Freddy, who is already a long way from the creepy figure of the first film.

That's not to say this Freddy is necessarily bad. Since he's more prominent in the film, he gets to take an even more active hand in the proceedings; he's engaged in the kills, setting up elaborate sequences and having fun torturing his victims. Many of the kills are quite creative, especially in the back-half of the film once the action is really rolling. Some of kills don't work (with the first of them having a great setup but a weak climax), but there are more hits than misses here to carry the meat of the movie.

The thing is, though, that while the kills are more elaborate, I wouldn't necessarily call them scary. Sure, some are creepy, and there's one pretty gory death (that some how involves a teen turning into a cockroach in the process, which is just foul), but there aren't a lot of out-and-out scares. You'll get some good ambiance from the movie, but don't expect to jump at all. With the newer, funnier Freddy the scares tend to take a backseat.

Things then get really weird in the last act. The last twenty minutes features no kills at all; instead it's all about Alice, the Final Girl this time around, finding the strength to fight off Freddy and save the day. To be frank, the way she does it doesn't really make any sense. There's no real setup for the climax (which, despite it being an old movie, I won't spoil what happens since horror movies are all about surprise) -- the whole time I was thinking, "well, okay, this works, but are we sure he's really dead this time or did he just get bored and give it to her. 'Okay kid, you tried hard. Let's give you a win.'" The last act, the confrontation between Freddy and Alice, just didn't work for me. 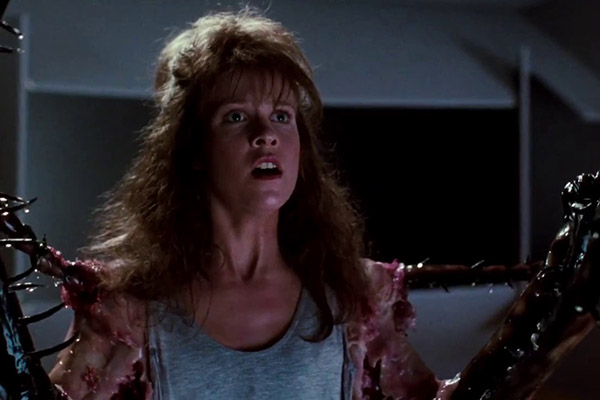 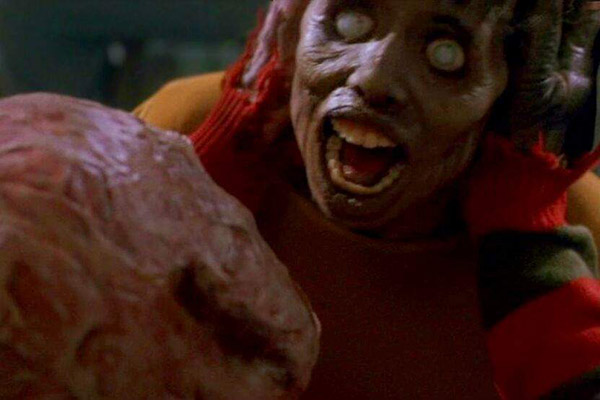 That said, despite so many flaws in the film (many of which, to be honest, are part and parcel for any long-running slasher series), I found myself enjoying A Nightmare on Elm Street 4: The Dream Master. It has a lot of creativity in its story, with some weird kills and strange dream sequences. There are enough weird moments and interesting ideas to paper over sections that don't work. Sure, it's a middling effort for the franchise and highlights that the film series was already running out of steam. The saddest thing, though, is that this is still the high bar for the second trilogy of Nightmare flicks. Things get much worse from here...

Some teenage smoking followed quickly by a bit of lust. The movie is pretty light on cardinal sins, honestly.

We get our first bit of carnage twenty minutes in, before we even get a sin worthy of killing from any of the teens. Kincaid, one of the three survivors from Dream Warriors, is killed by Freddy just after Krueger is resurrected (in a dreamland junk yard). The sequence leading up to it is pretty cool, with cars coming life and walling Kincaid in, but the kill itself is just Freddy stabbing the kid in the stomach. Thankfully it picks up from there.

Six. Freddy offs Kincaid, Joey, and then (the recast) Kristen from the previous film before moving on to a new flock of kids. And he burns through the latter group with gusto.