Rick It! Rick It Good!

As we've established by now, Rick and Morty is a strange so. Honestly, "strange" doesn't even begin to describe a show where, in its third season, one of the leads turned himself into a pickle to get out of family therapy. It's a deeply dark and demented show that manages to find humor, sometimes harsh and uncomfortable humor, out of the most inverted of sci-fi tropes. And, when it's firing on all cylinders, the show really works. 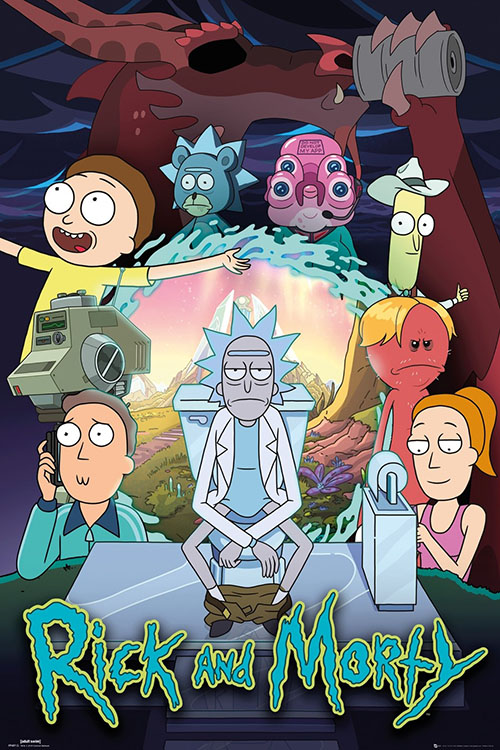 The series came into its own with its second season, finding a way to take its odd-ball humor and temper it into a deep and interesting show that continued to build its characters. And then the third season was pretty well a masterpiece, showing how much the writers of the series had grown. Fourth season, then, had a bigger role to fill as it had to build on two stellar seasons and prove it could keep the momentum going. Frankly, I just don't think it did.

Admittedly, there are a selection of really solid episodes. "Rattlestar Ricklactica" is the kind of demented episode we come to expect from the series. In it, Rick and Morty have to repair their ship while floating in space, but while out there Morty is bitten by a space snake, a lone space astronaut snake, and suddenly is very sick with its poison. The snake dies, but Morty is saved, and Morty feels guilty, like the astro-snake should have been able to fulfill its mission. So he dressed a different snake up in the space suit, sends it back to the snake planet... and accidentally causes a combination of the rise of Space Snake Hitler and TerminatorIs it a series about a future nuclear war and the survivors of the aftermath? Is it a series of chase movies set in the present day? Is it a series about time travel? That fact is that the Terminator series is all of those concepts. The mash-up of genres and ideas shouldn't work, but the films have proven adept at mixing into a heady series unlike any other.. It's absolutely bonkers and I loved ever second of it.

To a lesser degree I also really enjoyed "One Crew over the Crewcoo's Morty", which is basically an episode that plays on the concept of heist films. Rick and Morty get heisted by a con-artist, then they pull a heist to get back at him. hat then reveals itself to be part of a larger heist, and then a larger one, and, well, you get the idea. It's all really well constructed and totally stupid, just as it should be. That said, the ending on this one ended up feeling a little expected and it, frankly, wasn't quite as good as I wished it could be. 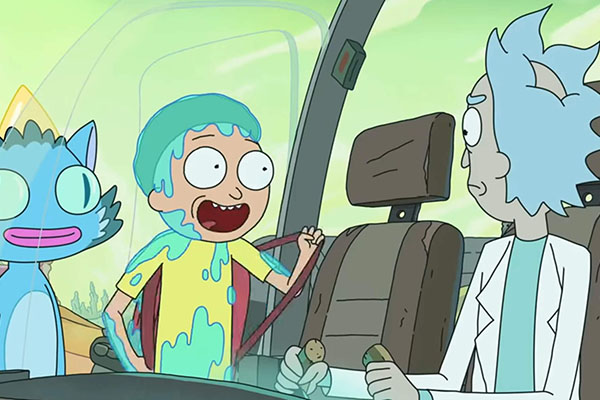 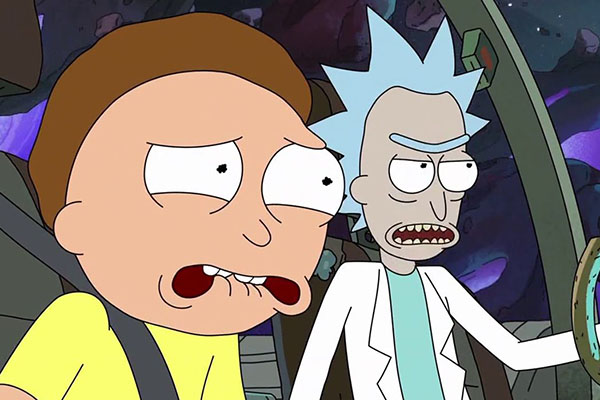 It can be hard to keep the writing for a show up to a certain level. We've seen that with any number of series. Community, another high bar for comedy in my books and also another Dan Harmon production, is a fantastic series but its writing really started to fall off around season four, although in that case that was due to executive meddling and NBC kicking Harmon off the show for a season. Still, even in the best of circumstances, keeping a creative show fresh and funny can be hard.

The show doesn't lack for ideas, to be sure. All of the episodes I mentioned above have plenty of strong ideas as do all the other episodes this season. We get a couple of different riffs on "repeating lives", such as Rick spawning into one clone body after another in "Edge of Tomorty: Rick Die Rickpeat" and Morty getting a "do over" button that he can use and abuse in "The Vat of Acid Episode" (with also just a touch of a riff on BatmanOne of the longest running, consistently in-print superheroes ever (matched only by Superman and Wonder Woman), Batman has been a force in entertainment for nearly as long as there's been an entertainment industry. It only makes sense, then that he is also the most regularly adapted, and consistently successful, superhero to grace the Silver Screen.. And there's an episode where Rick impregnates a living planet, "Childrick of Mort". All of these feature an abundance of interesting ideas. It's just down to the execution where the episodes kind of fail.

In the living planet episode, "Childrick of Mort", I like the idea of Rick having had unsafe sex with a planet and it causing a boodle of planet-babies. Rick has to act as a father to them, he does it in his own Rick way (with help from Beth), and the kinds end up n some kind of stale, but functional, city-state. Meanwhile, Jerry ends up taking a bunch of rejected kids under his wing and hangs out with them like a big, dumb god... right up until a real god shows up and claims credit for the kids. All of these are great ideas on paper, but the episode itself just isn't funny. It's creative and weird but I never found myself laughing.

The worst offender is "Star Mort Rickturn of the Jerri" in which we end up with two Beths -- one that stayed on the planet and one that went off into space (from a plot line in the previous season). Both of them want to know which is the original Beth and which is the clone, but even Rick, in the end, doesn't know. It's an interesting idea, and it leads to a few lingering plot lines from previous seasons coming into play. It's a very action-packed episode but, once again, it isn't very funny. And, considering the ideas at play and the setup over a whole season for this storyline, I just feel like it doesn't go far enough to really act as a great climax for anything. 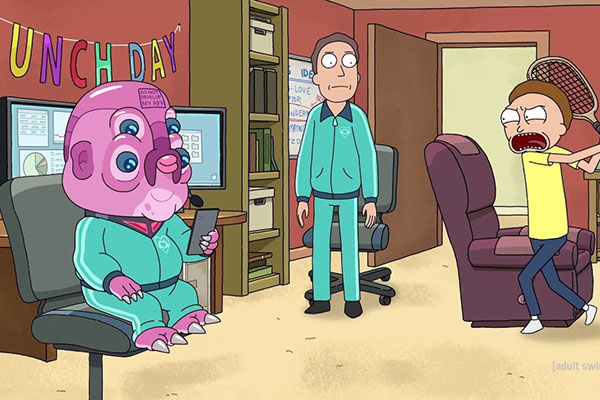 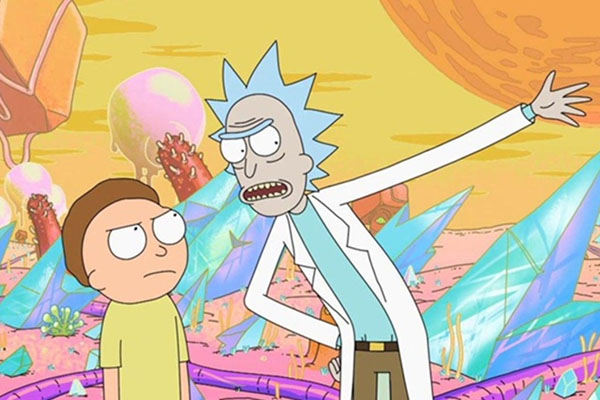 Put another way: this season of Rick and Morty is fine. It does much of what the show is known for and dump a cavalcade of great ideas on the viewers. But when it comes to execution, to follow through and bringing the funny, this season just doesn't quite have it. I don't know if the writers are already getting tired or if this is just a one-off lull and they'll come back stronger next season. That also happens plenty with comedy shows and it's entirely possible the show could be full-force once again for fifth season (and beyond). I just don't feel it here.

Comedy is hard and every comedian has their off days and bad performances. Even here, in a lull season, the show has promise. So let's just hope this is just a bit of a recharge and the show will find itself next season. I'd rather that than the show losing its quality so early in its run.