For a while now I've been meaning to go back and review the various seasons of Rick and Morty. It's one of those shows I love watching in the moment, but the series also took a lot of time of between seasons, such that by the time Asteroid G started back up, the third season was already over. That's over two years, which should give you some idea of the long breaks this show will take. 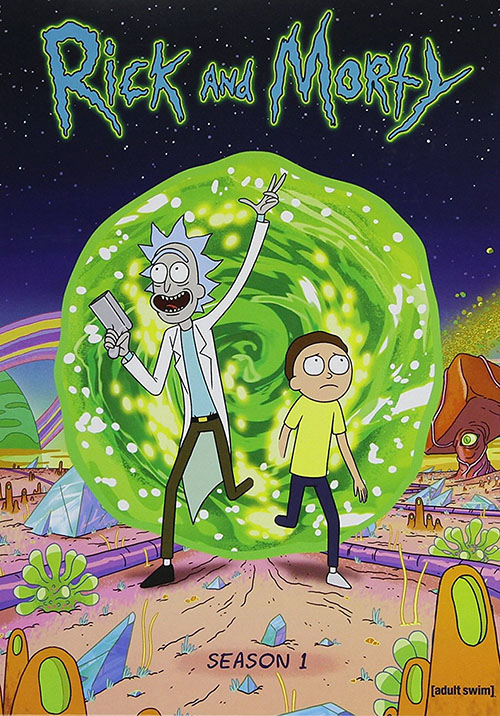 I don't think that's a bad thing, mind you. I've seen plenty of shows that have tried to push through, year after year, crafting a full season when it was clear the writers have run out of ideas and are just going through the motions. I have to assume that if Rick and Morty ever started to feel like that to the writers, they'd just write a finale and take the show off the air. The time it takes to craft a season is clearly the right amount of time to let the production team relax, refresh, and come up with new, weird, brilliant ideas to put together for a future season of the show.

In a way, Rick and Morty is unlike just about anything else on the air. It's closest relative, really, is Star Trek: Lower Decks, and that's because the show runner for that series came from Rick and Morty so it has that "any weird thing for a joke" mentality. If you had to draw an influence, Rick and Morty shares a bit of DNA with Mr. Peabody and Sherman with a wise scientist and a young boy going on wild adventures through space and time. Mix that with a touch of ill-advised science from Back to the Future and you have an idea of the construction of the show. But, truly, Rick and Morty has its own fucked up style and sensibilities.

The show focuses on the titular characters, genius-smart scientist Rick Sanchez (Justin Roiland) and his grandson Morty Smith (also Roiland). Rick moves in with his daughter, Beth Smith (Sarah Chalke), her husband Jerry (Chris Parnell), her daughter Summer (Spencer Grammer) and son Morty, before the series starts, and over the course of the first season Rick steadily takes over, taking Morty out on all kinds of crazy adventures while trying to keep Beth and Jerry in the dark about how far most of these adventures end up going (Summer, to her credit, has a good idea of how strange these things get).

And they do get strange, in the course of these eleven episodes, we see Rick build a Jurassic Park-style theme park in an old man, give his family inter-dimensional cable with an infinite number of channels (that they then watch), and make a love potion for his grandson that accidentally turns the entire planet into "Cronenbergs", so Rick and Morty have to bail and take over the lives of a different Rick and Morty in another universe. And this is just the first season of the show. 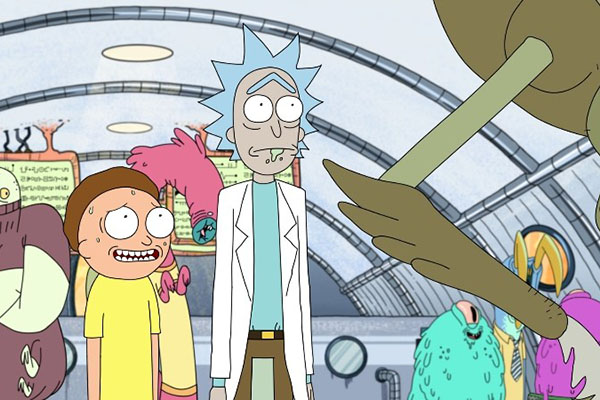 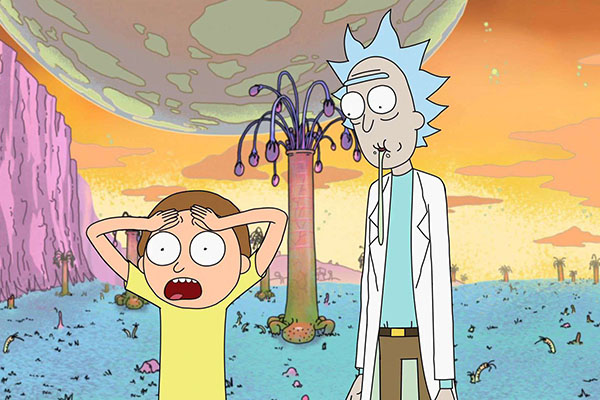 It's the fact that the series will go anywhere and do anything for a laugh that makes this first season so watchable. In the first episode, Rick takes Morty to an alien planet so they can steal special seeds from a Megatree, but then they have to go through inter-dimensional customs and Rick makes Morty shove the giant seeds up his butt to hide them. It doesn't work, though, and the two have to run from customs, get into a gun fight, accidentally create sentient life that ages and dies in the span of thirty seconds, and still get back in time for dinner. There's so much wrong and strange about these adventures, but the hilarity comes from the fact that you're never quite sure where the show is going or where it will end up. It's beautiful, really.

Not to say that this season is the show at its best. Like all series, once Rick and Morty gets going it deepens its storytelling and finds new ways to bring the characters together and really explore who they are as people. This first season is both its weirdest (and certainly its most improvisational) and its least cohesive. There's very little continuity between episodes, with ideas thrown out there and then ignore for the bulk of the run as the series works simply to establish is story telling potential as well as its voice. I enjoy the later seasons more, basically, but we wouldn't have them without the groundwork done here.

The animation is part of what sells the weirdness. The show doesn't try for realistic proportions at all, letting the surreal drawing style accent the strange locations and weird creatures our "heroes" meet. It's not always successful -- sometimes the show this season goes a little too weird with its aliens, and certainly there a lot of testicle-like shapes drawn all over as if the creators had fun just drawing dangling bits. At the same time, though, it all works within itself. Its gross looking at time, but it has a unique style and perspective that sets it apart (from just about everything except, once again, Lower Decks).

And there are moments where the writers and actors are clearly just having a lot of fun improvising. Some takes go on for ever, some sequences are allowed to go long past the point where the joke has been sold, and there are plenty of times where even the characters comment, "wow, this feels really loose and improvisational". This is, again, largely smoothed out in later seasons, just another case of the show finding its voice and its feet in this weird first season. 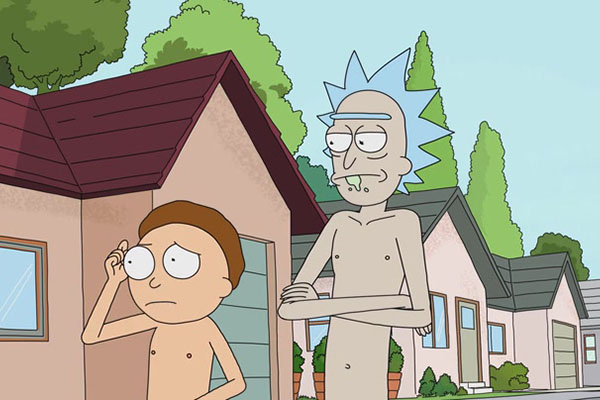 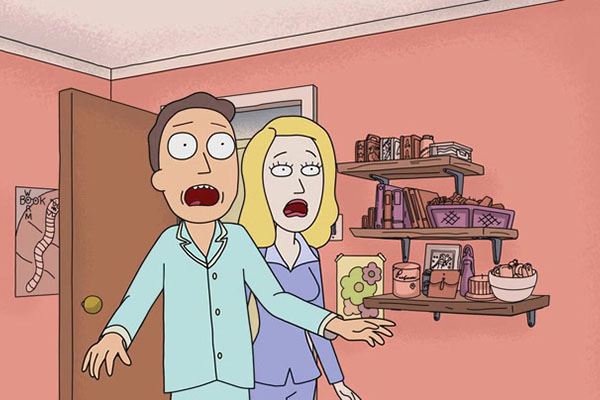 They're growing pains an animated show like this has to go through. The entire season had to be done, basically, before it even went on the air (because of how long it takes to produce a show like this), so any feedback the creators could get would only be useful in later seasons. That's likely why this first season feels looser, weirder, and different from what comes after. Again, I don't think it's bad -- it's really great -- but I do enjoy where the show goes from here even more.

But over all, as an experiment in strange and bizarre animation, Rick and Morty season one is a huge success. It's crass, it's wrong, and its hilarious, the best worst science adventure you'll ever go on. And the show only goes up from here.