The Adventure Gets Better (and Worse)

When last we checked in with Rick and Morty, their first season had ended not necessarily on a cliffhanger but certainly at a point that begged for further exploration. They'd just had a massive party, destroyed their house, and were about to get in serious trouble with their family when they stopped time and ended the season (with a bit of a dance party). It was strange, it was bizarre, and it was totally out of left-fiends. 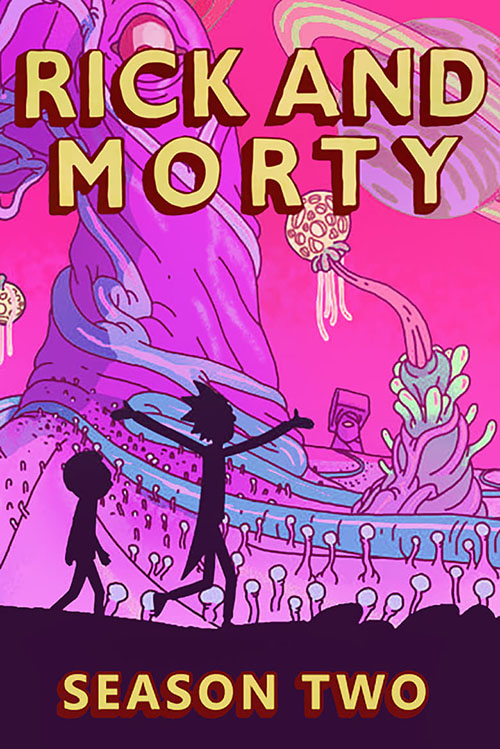 But then that's exactly Rick and Morty. It's a series that reveled in doing the unexpected at every turn, at finding a way to take the tropes of a sci-fi concept (like the film Inception), then twisting it (bashing Inception against Nightmare on Elm StreetThe brain-child of director Wes Craven, A Nightmare on Elm Street was his answer to the glut of Slasher films that were populating the multiplex. His movie featured an immortal character, Freedy, with a powerset like none other, reshaping the expectations for Slasher movies to come.) all to see what kind of hilarity can ensue. The show has both an easy charm to it, with the actors at times improvising their lines, while also having elaborate adventures that layer upon themselves. It's a strange and wild mix that delivers over and over again.

The first season was a great pilot season for the show, strange and wild but very episodic. The question that I had going into the second season (both the first time I watched through it and now, a few years later, as I go through it a second time) was how could the show build on the concepts of the first season and deepen its storytelling. It's one thing to continue being episodic, but at a certain point the characters have to grow or the show would be in danger of becoming self-referential and (horror or horrors) bland.

There are a number of episodes that continue the same "screw around with basic ideas" concept of the previous season. Take "The Ricks Must Be Crazy" which finds Rick, Morty, and Summer stranded on an alien world when Rick's ship won't start. Rick reveals that his car is powered by a battery that's actually a mini universe and within that universe he descended like a god to introduce a gadget to the sentient beings, a gadget that would use their own manual power to provide electricity to their entire world (and, in the process, a portion of the power would be siphoned off to power Rick's car). But the battery stops working because a scientist in that world created his own mini universe with a powering gadget within it... and then the next universe was onto the same discovery, for this weird power battle all for the sake of Rick's car.

This season had a lot of great ideas like that, with brilliant casting to help power the stories and the humor. "The Ricks Must Be Crazy" had Stephen Colbert as the mini-scientist in Rick's car that causes all the trouble. Another great episode, where we meet a hive mind that's taken over a world, and also happens to be Rick's adoring ex, is voiced by Christina Hendricks (of Mad Men fame). I wouldn't call any of these voice actors stints "stunt casting", more that the creators have a specific idea of the actor and voice they need, then find the right person for the job to really pull off the task. 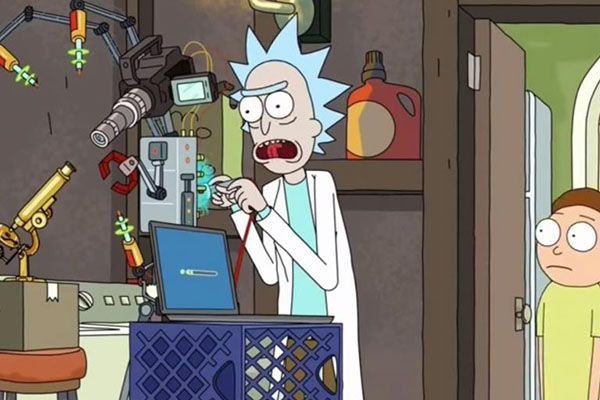 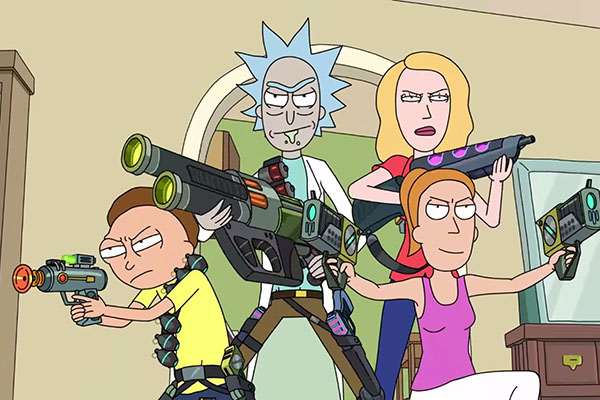 And, of course, there's the dark streak of the show, a nasty undercurrent the show uses to really spike a few of its episodes and make you take a hard look at what you're laughing at. The best episode of the season, by far, is "Total Rickall", an episode that see a bunch of alien parasites infest the Smith household, inserting themselves into the memories of the various family members all so they can create a vast army of parasites and take over Earth. This leads to the Smith family having to try to figure out who's real and who is a parasite, all before shooting just about everyone and crying about it (which a particularly nasty twist ending that's a gut punch of its own). It's fabulous.

Not to say all the stories really work this time around. The biggest dud episode is "Interdimensional Cable 2", a self-professed sequel to the same kind of episode in the first season, and this second time around does the season no favors. It's tired, it's meandering, and it doesn't really have any purpose to it except to let the show indulge the weird ideas it couldn't put anywhere else. But because the show had already done this once before it neither feels are fresh, nor like the writers had nearly as many weird ideas to explore. It's just a bit lifeless, a weird flat moment for an otherwise generally stellar show.

Outside the weirdness, though, this season take a more focused look at the Smith family, from grandfather Rick Sanchez (Justin Roiland) and grandson Morty (Justin Roiland) to daughter Beth (Sarah Chalke), Beth's husband Jerry (Chris Parnell), and daughter Summer (Spencer Grammer). Rick presents himself as an uncaring individual, someone that would sell everyone else out if it were convenient, but over the course of the season Rick is shown, time and again, to care about those around him. He's awful, and pretty evil, and certainly a mad scientist in every sense of the term, but occasionally he's also... well, not decent but maybe just a little bit human.

Meanwhile, Morty and Summer battle between the people Rick wants them to become (which, really, are little clones of Rick) and actual decent human beings. Both of them it should be noted, fail time and again to be decent human beings, often lured to the dark side by Rick and his unending adventures. But the season shows that because Rick sometimes cares, Morty and Summer also have to care sometimes, and you feel like while they get darker by season's end they also kind of become more real, more human, and maybe a little less shitty at times. 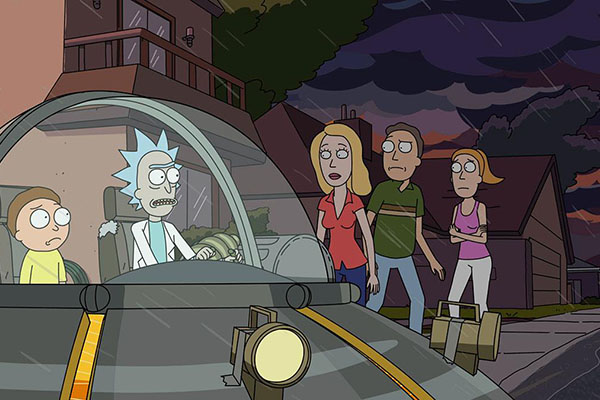 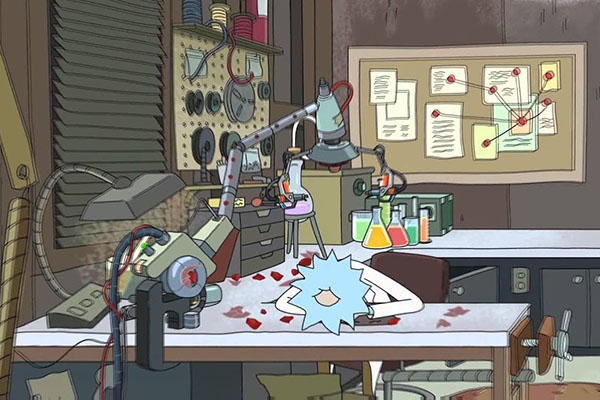 Or not. The thing about this show is that it loves to indulge its worst impulses for the best comedic effect. It goes the strange places and weird planets and (in the words of Rick), "doesn't give a fuck." And maybe that's the point. Maybe we aren't supposed to judge the characters on the show, just enjoy the fucked up and weird places the show will go, all for an elaborate (and well constructed) laugh. It a bizarre show, and pretty nasty at times, but also often hilarious in the best possible ways.

Second season proves that this show proves that the show probably isn't for everyone. But for those that love black comedy and fucked up humor, Rick and Morty Season 2 is where it all really starts to come together.