With a Side of Pickle (Rick)

It's amazing how easy this show is to binge. Rick and Morty is, at times, kind of an awful show and by that I mean it's hilarious and amazing but also has a seedy undercurrent that, after a few episodes, makes you want to take a bath. It reminds me of other shows like Archer and Robot Chicken, shows where the creators will let the craziness take over, the stories (if there are serial stories) expand and get weirder and wilder, all while going to some very dark places. After a few episodes of either of those shows I have to stop, take a break, clear my mind of the weird and fucked up things I just watched. 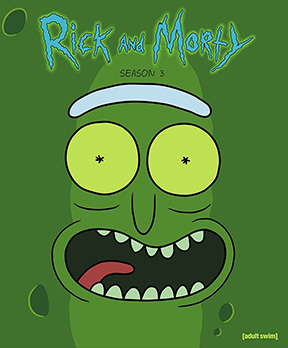 The thing is, though, I don't feel the need to take that kind of break for Rick and Morty. I've been doing these reviews, season to season, in quick succession and where I'd need to pace myself with Archer or Robot Chicken, I don't have the same issue with Rick and Morty. It's just as fucked up and bizarre (maybe more so), but something about the show keeps me watching without wanting to stop. I had four seasons to watch (and the fourth season review is coming soon) and I found myself going through all of them like candy.

I think part of that is because of the way the show is setup: there are bits of continuity, yes (and those storylines continue to build over the course of these seasons), but each episode is designed as a self-contained adventure, one that can go anywhere and do anything. You can't really focus too much on one trend of the show when it bounces around like a kid off their ADHD medication, and that's part of the magic and charm. You never know what's going to happen or where an episode is going to go, which keeps you on your toes and actively engaged.

Third season does have a couple of stand out episodes that certainly have become the focal points when discussing the season. The most famous was "Pickle Rick" which sees Rick transform himself into a limbless little pickle (literally just a pickle) so he can avoid going to family therapy with the rest of his clan. This plan backfires, though, when his daughter, Beth, takes the vial of restorative goo (that was set to drop on him ten minutes later), leaving Rick in pickle form for a couple of hours. Suddenly, Rick is set on an adventure in his pickle form, fighting roaches and rats and getting deeply involved in the politics of a Eastern European country. It's an episode that escalates and then continues to escalate, never taking a breath or stopping.

And then there was the premiere episode which tied up the cliffhanger from the previous season. Rick had been captured by the Galactic Government for high crimes (of which he'd committed, well, all of them) and was put in prison. But then the government sent an agent in to probe Rick's mind for secrets and that was when Rick struck and took over. It's a good episode and once again shows the series' weird playfulness. At the same time, though, it became famous for the McDonald's Szechuan Sauce, a dumb meme reference that got the fans flying off the tilt for months. Sometimes the show wields great power, and (in the case of this meme and the rabid fanbase that got a little too rabid for a little while there), sometimes it doesn't do it very responsibly. 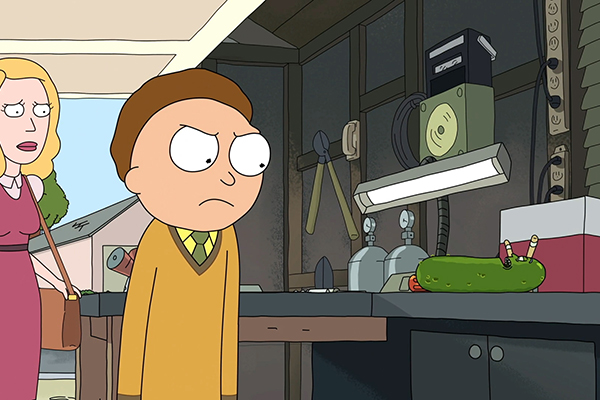 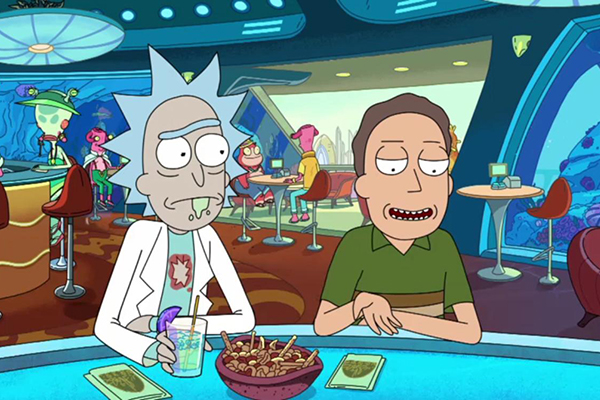 But on the whole, the show is charming because it doesn't give a shit. It'll let a story wander and evolve, following whatever weird idea it comes up with. One episode, "The Ricklantis Mixup", follows Ricks and Mortys on the Citadel of Ricks, while another sees Rick and Morty exploring all the various memories they've removed and stored away in Rick's lab. No two episodes follow the same adventure, and the series had fun always defying expectations and finding new ways to reinvent itself.

Season three, so far, is the best the series has produced. That's due to the creativity of the writers and animators, to be sure, but there's also credit due to the actors. The performances for many of the characters has improved over time, with series standouts being Beth (Sarah Chalke) and (Chris Parnell). While the adventures of Rick and Morty (and occasionally Summer) are the focus of the show, there's generally a B-side tale that follows Beth or Jerry, and this is where the show finds some of its heart.

Beth and Jerry have a broken marriage, and in this season the two of them actually separate. This allows the show to indulge in abusing Jerry, sure, something the series has reveled in repeatedly, making Jerry the butt of its jokes. But by letting Jerry be on his own and, in his own way, find himself, he ends up becoming a more interesting character. Make no mistake, he's callow and sad and not a strong-willed character at all, but by dragging him down, the show actually finds a way to make you care about Jerry and cheer for him when he finally does find his strength and turns the tables on Rick.

Beth, meanwhile, reveals herself to be a lot more like Rick than we might have thought before. She has an evil streak in her that comes out more in this season as she's freed of Jerry. That's part of the power of Jerry, and what makes them together interesting: Jerry grounds Beth and keeps her from being another Rick, and in the process she becomes more human and interesting. The show takes time to explore all this in and around adventures through space, time, and pickles and it really deepens the show over all. 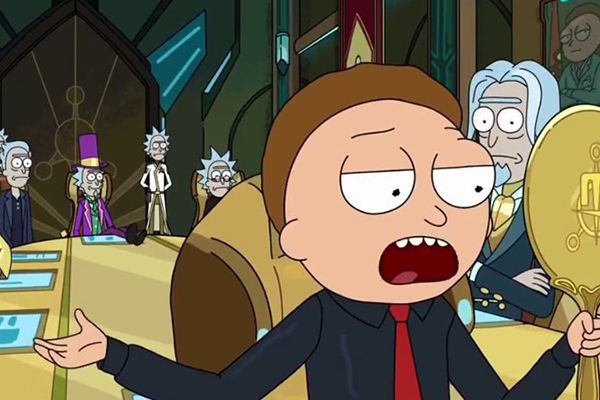 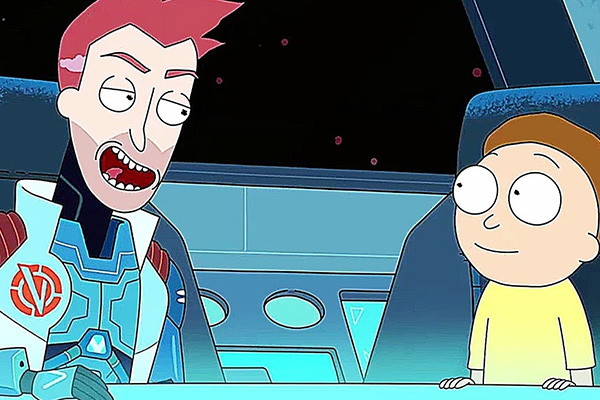 Really, this season from start to finish is so much stronger than what came before. Reports from behind the scenes were that this season was harder to write (as expectations for the show were so high) and that forced a lot of reworking of episodes and delays on scripts, eventually leading to the season being cut from 14 to 10 episodes. Based on the results, though, the time and effort were worth it as there really isn't a dud episode in this season at all (both of the previous seasons had at least one episode where I end up tuning out). This is the show firing on all cylinders, assuredly marching forward knowing exactly what it wants to be.

Of course, when a show reaches this level of success the obvious question is how well can it maintain its quality. We'll tackle that in our review of fourth season, coming soon...