The Slasher genre really found its footing in the late 1970s and early 1980s. It was in 1978 that the genre really cemented itself with its first major classic, Halloween, which then was followed by its own sequels, the Friday the 13thOne of the most famous Slasher film franchises, the Friday the 13th series saw multiple twists and turn before finally settling on the formula everyone knows and loves: Jason Voorhees killing campers 'round Camp Crystal Lake. films, My Bloody Valentine, and many other horror titles centered around holidays and other major calendar events. Of course, that all came about because Halloween itself was inspired by another holiday-themed Slasher film, 1974's Black Christmas. 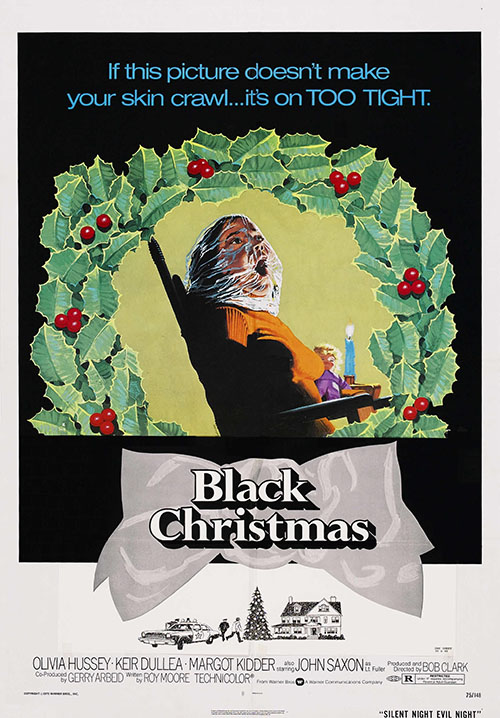 This 1974 gem is one I don't feel like gets nearly as much praise and attention as it deserves. While other Slasher series has gone on to saturate the market with endless iterations (see HalloweenThe franchise that both set the standard for Slasher horror and, at the same time, defied every convention it created, Halloween has seen multiple time lines and reboots in its history, but one thing has remained: Michael Myers, the Shape that stalks Haddonfield., for example), Black Christmas was a one-and-done affair. A modest success at the time (making over $4 Mil on a meager $600k budget), the only "continuations" of the film were the 2006 and 2019 remakes (that took a lot of liberties off the source material). Both of those films have been quickly forgotten (and, as we'll soon see, maybe rightly so), but this original stands the test of time as a tense and taught little psychological thriller. It's almost not a slasher, but that's part of why it works just so well.

We're introduced to the sorority sisters of Phi Deltas (or something, as I'm not sure the film even fully says their sorority name even once) as they have their annual Christmas party before everyone heads home for the year. We have good girl (and likely Final Girl candidate) Jess (Olivia Hussey), lush party girl Barb (Margot Kidder), sarcastic-but-friendly sister Phyl (Andrea Martin), younger student Clare (Lynne Griffin), and the house mother, Mrs. MacHenry (Marian Waldman), among others in attendance. Everyone has a good time until a creepy phone call rings in, with a guy breathing loudly and saying awful things on the other end. The girls largely laugh it off, even though Claire is afraid it might be someone dangerous. She's then proven right when she goes up to her room and is killed by a stalker hiding in the house. The rest of the girls, though, fail to notice this, and the stalker drags Claire up to the attic where she won't be seen.

The next day, Claire's father, Mr. Harrison (James Edmond), arrives to pick up his daughter from school but, of course, she doesn't show up for their meeting. Worried, he tracks down the sorority house only to find out that none of the girls there have seen Claire. The worry begins to build as more dirty calls come in, and more of the girls start to go missing, one by one. The cops get involved, but they're hardly any help, and all the while the killer continues to stalk his victims from within their own home.

This movie is hailed as inspiration for John Carpenter's Halloween, and I can totally see why. As we've been going through the various Slasher series over the years we certainly learned what's good, and bad, within the genre. The best films prioritize mood over kills, thrills over gore, and let the horror build over time instead of constantly giving in to instant gratification. That's something the original Halloween pulled off so well, and something every one of its sequels has failed to understand. 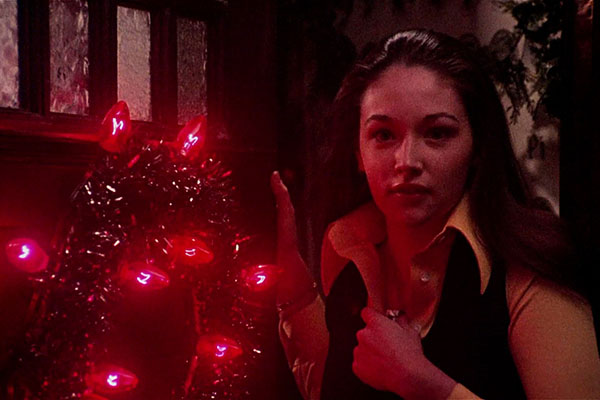 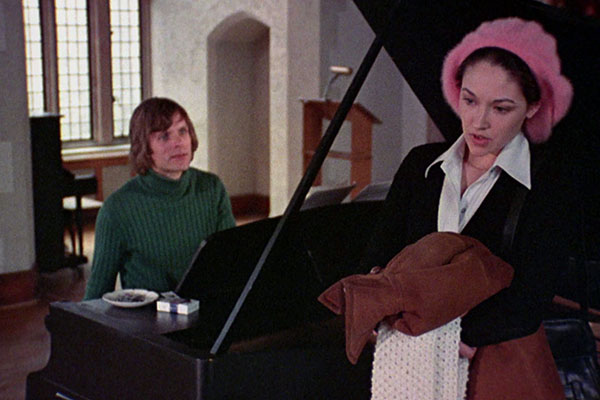 Black Christmas takes the same tack. We're introduced not to the girls first, but the killer slowly stalking his prey. We never see the killer proper (the best we get is a shadowy form of him, an eye or a partial of his face), with most of our exposure to him down from a POV camera so we're "inside" his head (which reminds me a lot of the 2012 horror remake, Maniac, which was shot entirely from point of view. It adds a weird style to the film, keeping you both in the killer's head space (when we're in his view) and otherwise making you question every shadow and shape because you don't know if its the killer or just some random character.

The film keeps the tension up by letting us know the killer is in the house early but never letting the characters in on the fact. Unlike in Halloween, where Final Girl Laurie Strode at least glimpses Michael Myers a few times before the fateful night, the girls never see the killer (at least until its too late), never know who he is. They go through most of the film never suspecting what's really going on, which only ratchets everything up further. We know, we're yelling at them to figure it out, and then never do (again, until it's too late).

Meanwhile, the film also makes the bold choice to never let us know why the murderer is doing all the things he does. He remains a cypher, even more so than Michael Myers. There's no raving doctor explaining how the patient is "pure evil", no big speech from the killer about how he had to kill all the women, and no elaborate back-story to explain why everyone has to die. He just shows up, kills a few girls, and, (spoilers for a 46 year old movie) most importantly, gets away with it. The killer survives the film, in the most disturbing twist at all.

The film really does its best to build its horror, to work with the ambiance to keep the audience off kilter the whole time. The music never coalesces into songs, instead just thrumming notes and horrible pulses. The film is often shot from weird angles, as much to keep the killer out of perspective as to show just how little girls keep an eye on their own world. And always, the movie keeps the girls (and the audience) questions what's going on, and why, without every ones giving us answers. Even the characters never know everything as the cops, when they arrive on the scene, don't even find all of the bodies the killer has secreted around the house (as the last shot of the movie reveals). 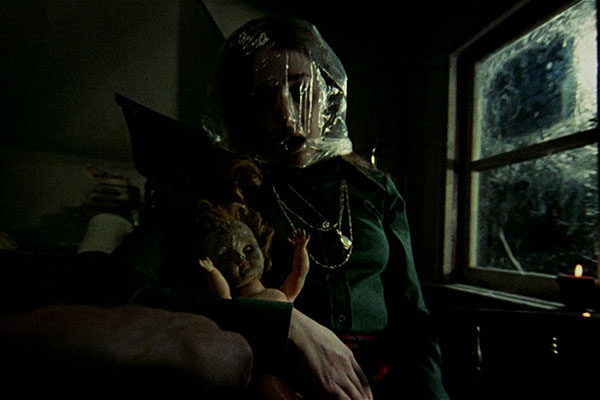 I can see where John Carpenter took his inspiration, and then made improvements. Where Halloween is a Slasher film that uses the horror ambiance, and constantly building terror, to head towards the release of kills, the kills here aren't a form of release but, instead, a means to up the building dread. It's a different kind of horror, but no less functional, but it does leave this film feeling less like a Slasher than a dark thriller. It has a different energy from what most Slasher fans would look for; back when I first saw this movie I didn't even completely enjoy it because it wasn't what I expected from a Slasher.

And yet now, having gone through all these horror films in quick succession, I see the merit of the film. I understand what Carpenter appreciated about the movie. It's controlled horror, not a constant, numbing bloodbath, which makes it all the move watchable, even all these years later.

Drinking. It's a sorority party and all the girls in the house (and the dun mother) get right sloshed.

Poor Claire, the only girl that doesn't seem to want to party. So she heads up to her room to pack for her trip home the next day, and the killer surprises her, suffocating her with a plastic clothing bag. And, worst of all, her body is never found (not by anyone that lives to tell the tale).

Six. Three sorority sisters, a cop, the house mother, and the Final Girl's boyfriend (who everyone thinks is the killer, but probably isn't).