Roses Are Red, Violets Are Blue, I have a Pickax and Now You Die

For a little while there, back in the late 1970s and early 1980s, the Slasher genre had a bit of a Golden Age. Growing out of the giallo films of the 1960s, these "splatter fest" pictures grew to prominence with the release of the original Halloween. That one film helped to define the genre, although none of the films to come after (even its own sequels) managed to understand the magic, the mix of film making savvy and artistic direction that all came together to create a creepy and terrifying film. They all tried to imitate what Halloween wrought, to increasingly diminishing returns. 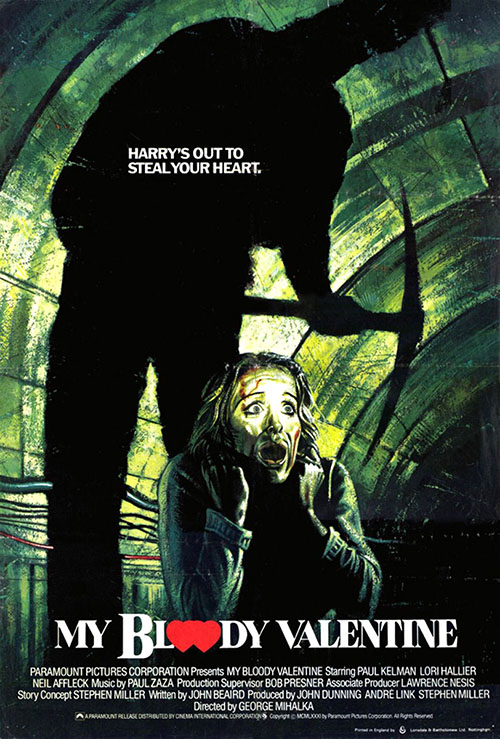 It seems like a great many producers and directors assumed the way to Slasher magic was to combine (a) co-eds getting killed with (b) a holiday (or other similar event) and you'd end up with cinematic gold (or, at the very least, bank made at the Box Office). Halloween didn't create that genre, the "killed on a holiday" version of the Slasher, since it was just taking a cue from 1974's Black Christmas, but Halloween did it so much better (even than the 1974 film) that nothing else really could compare (and I say that having watched a ton of Slashers for this site).

Throwing itself onto the pile of wanna-bes is 1981's My Bloody Valentine, a film that I'm sure no one would remember at all were it not for the fact that, 28 years later, a remake was made that audiences, similarly, completely forgot. It's a Slasher that takes the most wrote lesson from Halloween -- let's have partying young adults die on Valentine's Day -- and doesn't take the concept any further. It's as wrote a Slasher as you can get with the only creative decision being the mystery of who the killer is (which, of course, was a a plot already played in other films as well, including Friday the 13th the previous year. Day-and-date mysterious masked killers were the genre for a while.

The 1981 My Bloody Valentine focuses on the town of Valentine Bluffs, a mining town that, twenty years earlier, saw a bloody massacre when a miner, Harry Warden (Peter Cowper) killed a bunch of people in charge of the mine after a cave-in killed five of Warden's colleagues and drop Warden mad. Now, two decades later, the town is trying to recover and put the memory of that bloody massacre behind them. They finally have a Valentine's Dance again, putting the whole idea of the mine, the deaths on Valentine's day, and Warden himself into the past where they belong.

Except, as soon as the dance is organized and everyone starts decorating the dance hall and surrounding town, the bodies start piling up once more. A killer sends the Sheriff taunting notes in the shape of hearts attached to the actual human hearts he cuts out of his victims (a little on the nose, if you ask us), demanding that the dance, and the parties around it, shut down out of respect for the murders twenty years prior. While the town elders agree and shut it all down, the teens in town (who work at the mine) decide to have a party at the mine anyway. And that's when, on Valentine's Day once again, the killer cuts a bloody swath through the town of Valentine Bluffs. 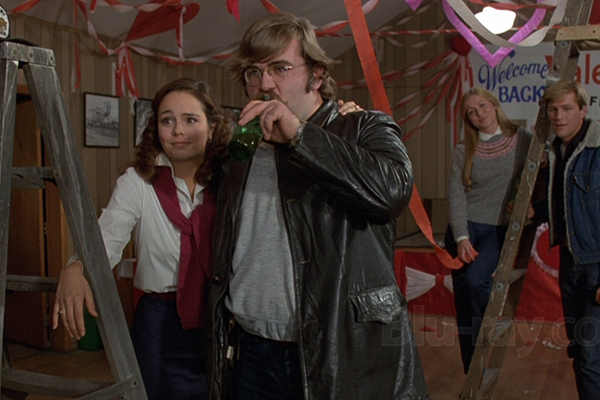 If this film had come out before Halloween, perhaps back in 1975 or so, it probably would have been considered a formative title in the growth of the Slasher genre. Structurally it certainly feels like it borrows more from the 1974 Black Christmas than the latter John Carpenter-directed film meaning that even though it came out three years after Halloween it learns none of the lessons from that movie. I'm sure most would admit that not every horror director can be John Carpenter, but that;s never been so clearly on display as in the case of My Bloody Valentine.

The film feels cheap, surprising considering it has a budget seven times the size of Halloween. But clearly where that film was an economical film that relies more on suspense and terror than bloody kills, My Bloody Valentine wastes its money on a cheap and simple setup. I'm sure filming in a mine couldn't have been cheap -- it certainly makes for a close and confusing final act that could have ratcheted up the terror nicely -- but there had to be a director that knew how to mine terror from the setting (some pun intended), and George Mihalka, the director of this film, simply didn't have that skill set. His film feels like a 1980s after school special in style and substance, with just a bit of red paint and pig organs (in place of human organs) splashed across the screen.

Some of the issue is the cinematography, which is shoddy, and the effects, which are equally shoddy. But a bigger problem is that the film never really has a hook to it. By 1981 we'd already seen plenty of masked killer Slasher flicks, and the whole idea of "who could the killer be?" had quickly begun to run its course already (it would take a decade and half and a new meta-perspective on the material to make that idea interesting again). Without that hook, all we're left with is a bunch of dumb co-eds having a party when they know they shouldn't, dying one by one at the hands of an under-developed and uninteresting killer. You know, just like every other B-grade Slasher of the era.

Maybe it could have worked if the film supplied us with any interesting characters, but all of the co-eds are generically boring and basic. They're all miners, or the girlfriends of miners, and they're interested in exactly three things: mining, drinking, and sex. None of them really have personalities, none of them add anything to the story of the film beyond "let's drink" and "let's fuck", and when they die you hardly care at all (and not just because most of the deaths are rote and simple). We need more from all our characters, especially the ones that are fated to die, so that we have some investment in them that makes their deaths feel like a gut punch. 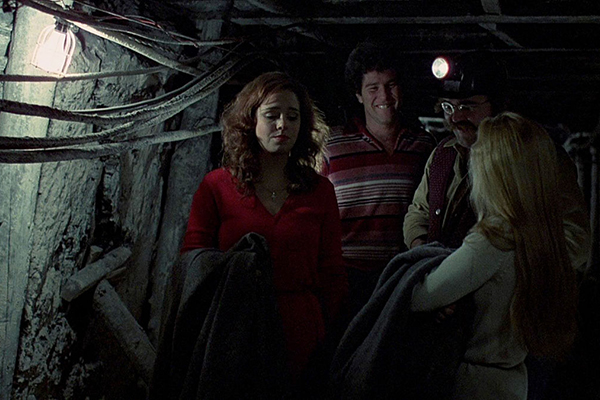 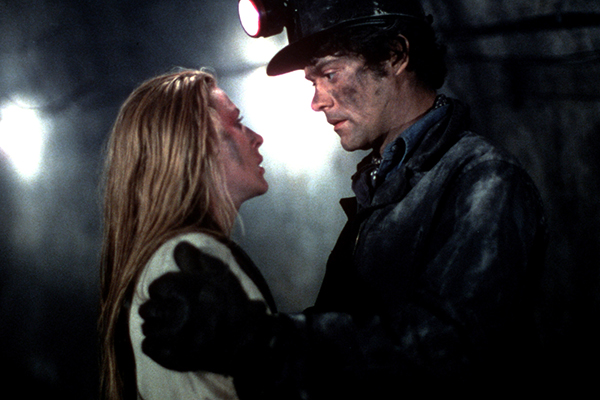 The three characters that are given any kind of development are: Paul Kelman as Tom Jesse "T.J." Hanniger, who's back in town after heading out to make a name for himself and failing; Lori Hallier as Sarah Mercer, the girlfriend of T.J. who felt jilted when he left town and didn't write or call for months, eventually moving on to a new guy; and Neil Affleck as Axel Palmer, the guy Sarah is now hooking up with. There's the start of a love triangle here, but even these characters are woefully underdeveloped -- T.J. is a bit of a thug with only the barest bit of charm, with a back-story we only get in snippets without any detail or shading. Sarah basically gets to pine over two guys and act emotional. And then Axel is just another bar-hopping miner. The only interesting thing about Axel is the late-film, out-of-nowhere twist (spoiler for a nearly 40-year-old movie) he's revealed to be the killer. Without any build up to it we don't care about this twist or the other two characters in the triangle affected by it. It just happens.

There really isn't anything about this movie to recommend it. The film stakes its claim as the Valentine's Day Slasher flick (at least until 2001's Valentine), and that's about it. There's nothing about it to recommend it over Black Christmas or Halloween, Prom Night, April Fools' Day, New Year's Evil. It came and it went, and that's about it. Audiences were right to forget about this dud.

Lust. A girl, and as we soon learn, the killer head into a mine at the start of the movie supposedly to make out. She gets all sexy, stripping off her top to reveal a bra, clearly looking to get laid.

But just as soon as she gets into it, playful rubbing her hands along his mining outfit, he picks her up and slams her on a pickax, impaling her. Ouch.

Eight. The blond at the start of the film, one of the organizers of the Valentine's Dance, along with the crotchety old bartender, and five of the party-goers. Of course, if we count the flashback, there's another on-screen kill we can count as well.