It's Like the Pickax is Coming Right At You

I honestly doubt anyone was hankering for a remake of the 1981 Slasher My Bloody Valentine. It was a middling movie that underperformed at the Box Office, even considering its meager budget, and only managed to not be a flop because it was so cheaply made. A holiday-themes Slasher, My Bloody Valentine wasn't talking about in the same tones as Halloween or Black Christmas, if it was even talked about at all. The only reason I can think the film would have warranted a remake would be because a studio realized that had the rights to the film and they dusted it off for a Valentine's Day release date to make a few bucks. 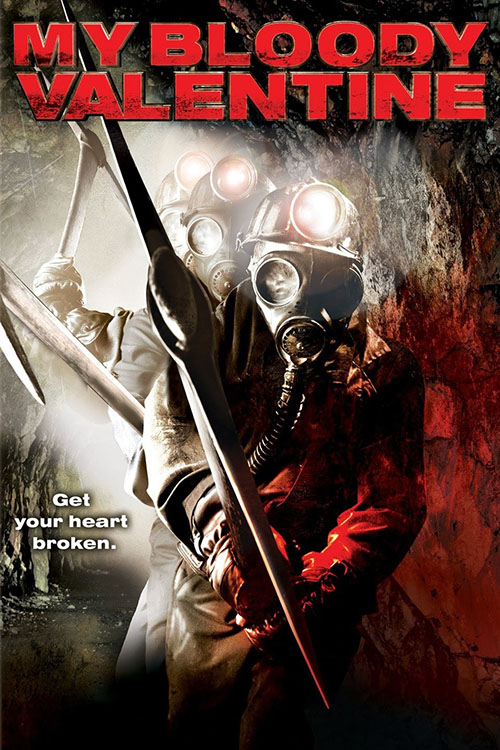 That probably had been the plan, but My Bloody Valentine 3D (yes, another 3D Slasher because that clearly went so well for Friday the 13th Part III) couldn't even get that last bit right: the controlling studio must have taken one look at the finished product and said, "we can't release this when people will see it!" so they dumped a month early in the January dead zone. And, frankly, that seems about right for this crappy little film.

Things do not start well for the movie After a newspaper intro (literally a newspaper on screen with 3D font jumping out at us to justify making us wear the 3D glasses and charging us an extra five bucks in the theater), we cut to a year later when Harry Warden (Richard John Walters), the last surviving miner from a mine collapse, awakes from a coma and goes on a killing and goes on a killing spree (largely off screen). Bodies pile up, and Harry ends up the mine, killing the various teens in town who were just there for a party. Four of the teens survive, though: Axel Palmer (Kerr Smith), Irene (Betsy Rue), Axel's girlfriend, and Sarah Mercer (Jamie King), girlfriend of Tom Hanniger, all of who drive off leaving Tom (Jensen Ackles) to take on Harry Warden all alone. Tom is saved at the last minute by the Sheriff (Tom Atkins), but not before getting splashed in blood and left, in shock, to recover from the ordeal.

We then jump ahead again, ten years later, as the town slowly tries to recover from the massacre even now. After that fateful night Tom disappeared, vanished from the lives of everyone, leaving the rest of his friends to try and pick up the pieces. Axel broke up with Irene and started dating Sarah, and then two eventually got married and had a kid. Axel, though, (ever the jerk), has also been screwing a much younger woman on the side, store clerk Megan (Megan Boone). And into that love triangle strolls Tom once again, back to sell his dead father's mine after all this time. But the second Tom shows back up the killings start anew. Everyone thinks its Harry, back after all this time to finish what he started, and they all blame Tom for, somehow, summoning the killer miner from his slumber. The various characters have to band together and find Harry (or whoever it might really be) and stop his spree of murders before this becomes another bloody valentine.

I have to wonder why the producers wanted to make a new version of My Bloody Valentine. The original was a mediocre Slasher (as we covered), and I couldn't think there'd be much material the remake could take from the original that would be usable. Watching the film, this does end up being true because, aside from a killer dressed head to toe in mining gear, this film takes almost nothing from the original, for good and ill. Well, it does take one thing: like the original this new version remains a by-the-numbers Slasher with little to add to the genre at all. In the post-Scream genre, rote and basic films just won't cut it anymore. 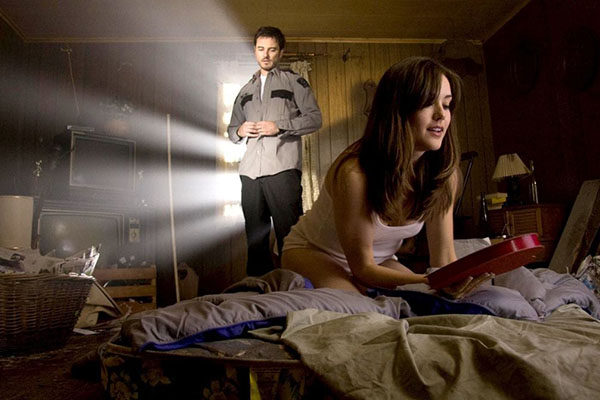 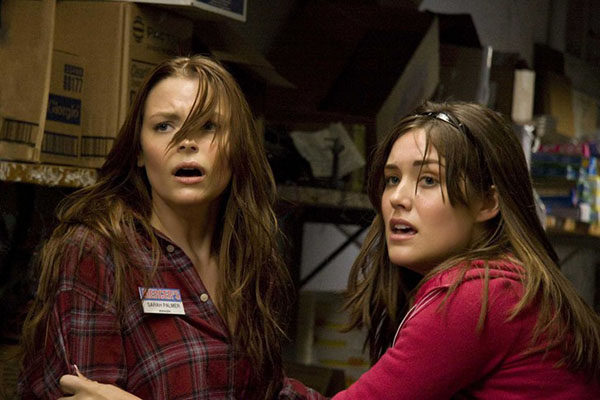 The first and biggest problem with the film is that, for the most part, the kills have little in the way of build up and certainly don't play up their tension. This is, in part, due to the fact that the body count in this film is so damn high. By my count we saw twenty-two bodies, one of the highest yet for a Slasher that we've yet seen in our survey of the genre here on Asteroid G, but that high a body count comes at a price: the more bodies you have, the less time you get to spend on any one kill. It's all just grist for the mill without any impact on the story or the audience.

A horror movie lives or dies by its tension. I'd argue that the best Slasher films have the lowest body count -- Halloween, the high standard for Slashers in my book, only has five kills including the one that opens the movie -- letting each of the kills slowly develop and build to ratchet up the tension. A kill is supposed to be a release, a scare that comes at the end of a long build up, but My Bloody Valentine can never get there. Each kill is a character wandering off and then immediately getting offed, with very few alterations to that setup. When the film does actually let a character get chased around for a bit, the tension can build a tad, but these moments are few and far between, not enough to power the film.

It doesn't help that the kills are all rote and boring. Like with I Know What You Did Last Summer, which gave its killer a large fish hook and then had him kill every person in the film with it, My Bloody Valentine puts a pickax in the killer's hands and leaves him to use it for every sequence. Slasher killers need to improvise, need to change up their game, otherwise the kills all become stagnant because its the same thing every time, and that's the case here, too. The killer comes up, hits a person somewhere on their person with the pickax, and they die. Over and over for all the on-screen kills we get. It's beyond tedious.

The other problem with the film having twenty-two kills is that we don't really have to time invest in our main characters. We get a couple of short scenes between Tom and Sarah, and these go the farthest to making us care about anyone in the film. But other plot lines that are raised, like Axel's infidelity, are raised only to then be ignored for the rest of the film right up until one of the key players is killed. The film can't stop to breathe, can't take the time to let the characters develop, so everyone is just a rote position, a cookie-cutter character setup to be knocked down by the killer like dominoes. 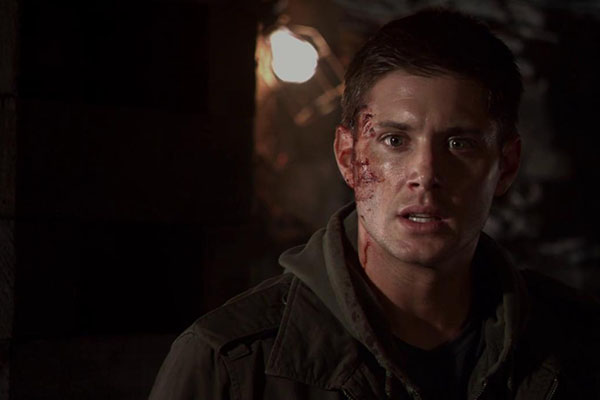 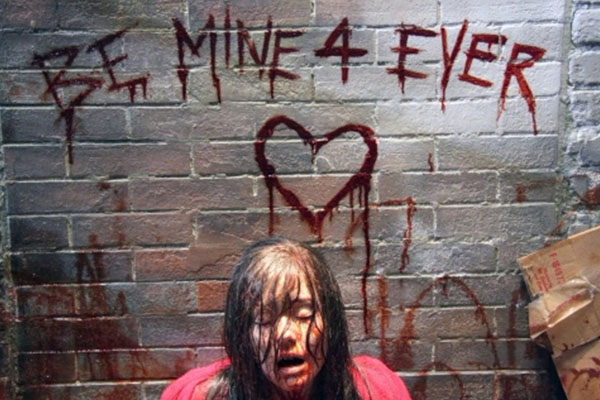 And then there's the ending which is an absolute cheat. The film goes out of its way to show us that our lead hero, Tom, is stalked and attacked by Harry, that it's Harry doing all the killing. But then, and spoilers for an 11 year old movie you certainly were never going to watch, it;s revealed that Harry is just a figment in Tom's head, like he's Tyler Durden to Tom's unreliable narrator. The film cheats, though, because it never gives us a clue about this, never has anything waver for Tom, and certainly never shows us anything that could make us doubt Tom's side of the story. The big reveal is supposed to be a gut-punch, I'm sure, but the film cheats to get them and it lands with a whimper. Plus, it means that a character we don't care about at all, Axel, gets to live and get the girl while the one person we actually spent time with, Tom, is the bad guy. That's a really weird angle for the film to take.

The film just doesn't do itself any favors in any respect. It hires a competent collection of actors, with Ackles and Smith the best of the lot doing what they can with a threadbare story and rote characters, but it really never figures out how to actually tell its story well. This is a poorly conceived, poorly directed shovel-ware Slasher, pushed out the door by a doubtful studio just to recoup what it could in a season when no one expects much at the Box Office. This film barely deserved a release, and, like the original from 1981, should be placed on a shelf and forgotten. It has nothing to offer the discerning Slasher fan.

Forgetting to turn off the vents to drain the gas out of the mine. This leads to a mine collapse, the eventual death of five miners, and sets the events of the rest of the movie in motion.

More or less happens off screen, although we do see the corpse as Warden, sitting in his room, covered in blood, looks at the body of the man that, up until seconds before, shared a room with deranged miner.

Twenty-two. The first by Harry's hand, with six additional patients and nurses to follow. All this in the intro of the film (although we only see the aftermath). Then the kills come pretty steadily as Harry cut their way through six party-goers later that night. Ten years after, we get one dead truck driver (and his angry sorta-girlfriend), one hotel owner, a miner, an old man, a store clerk (who was pregnant, so many this counts for two?), a nanny, another old man, and another miner right at the end.