The Sci-Fi genre is populated with speculative fiction that tries to predict where the future of mankind will be headed -- politics, evolution, and, of course, technology -- while still telling entertaining stories. For all the flaws of Sci-Fi films on the 1950s and 1960s, that at least approached the science of the time and tried to spin it out into some sort of believable "future" audiences would buy. Hell, even the future glimpsed in Back to the Future Part II -- the oh so distant date of 2015 -- seemed realistic based on where we were in 1989. 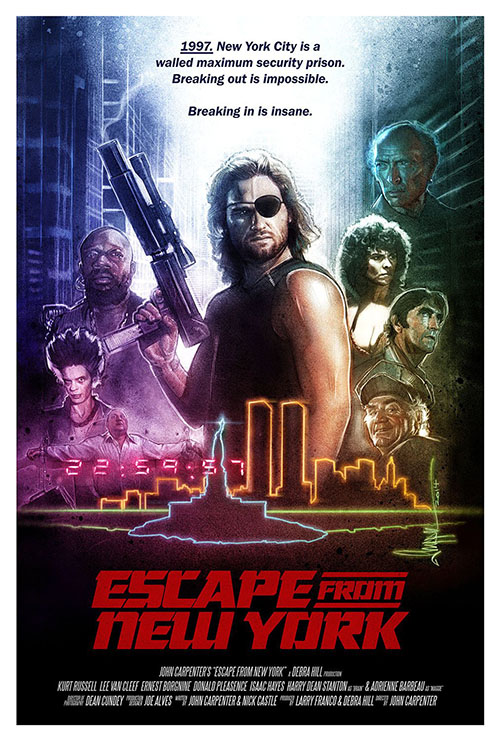 But then occasionally you get Sci-Fi films that don't really care about actually predicting the path of humanity. Instead of showing us a technology, or a future for humanity, that "could be", it just invests in telling a goofy story. We saw that with the Bill and Ted films, comedies that used Sci-Fi trappings to tell a hang-out tale. Now, though, we come to a different kind of goofy Sci-Fi, one that looks to add action to its silly concept all in services of an outlandish tale. Escape from New York only works as Sci-Fi because if it wasn't set in the future (that of the so futuristic 1997) it would be absolutely unrealistic.

In the film we're introduced to Snake Plissken (Kurt Russell), one time war-hero turned all-around bad dude. Sometime after the war (which war we're never really told), Snake turned his back on his country and went from hero of the people to criminal mastermind only out for himself. His faith in humanity turned sour and he cut himself off from his old life. Captured by the authorities, Snake is sent to the New York Maximum Security Facility set on Manhattan Island. Well, to be more accurate, the prison is all of Manhattan Island.

After the crime rate spiked and all the prisons became overloaded, the US walled off Manhattan (this film coming out back before Manhattan cleaned itself up and gentrified itself to be a pinnacle of New York City), turning the entire island into a prison where every person is given a life sentence inside the walls, never to escape. The only problem is that the President's plane, Air Force One (of course) gets hijacked and the President (Donald Pleasance) is forced to eject, right over Manhattan. Trapped in the prison island, with information due to be presented at a summit between the U.S., Russia, and China, the President needs someone to save him. Enter Snake, conned into taking the task via an apparent full pardon. If he can get in and get the President out in less than 24 hours he's a free man. It's a tall order though, but bad-ass Snake might just be the one to do it.

Let's be up front: Escape from New York is a very silly movie. Not in its tone or its writing, all of which buys into the concept of a bad dude one-man-infiltrating a prison island built off the coast of the U.S. and presents it as if there's nothing silly about it, but it's clear that, deep down, everyone knows just how half-backed the film is. Instead of making this unwatchable, though, the tone of the film is just right, treading the line between outlandish and hardcore to perfect effect. 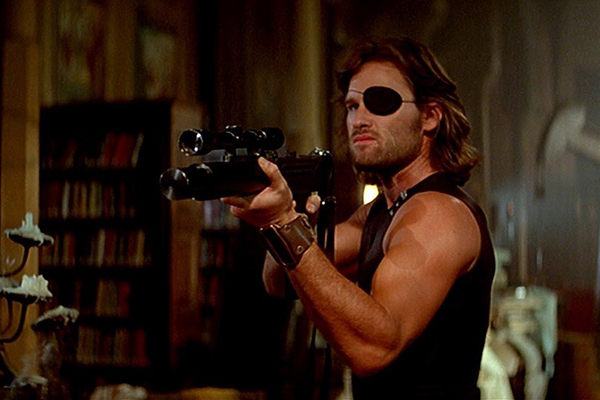 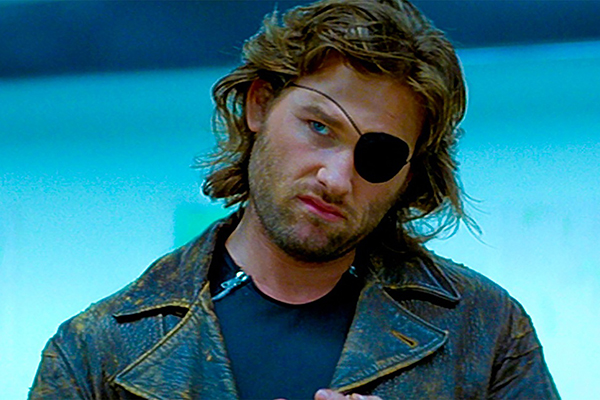 Of course, the reason it all works is Kurt Russell, who buys into his character and presents him with just the right amount of swagger and sneer. It's a performance that says, "I know what kind of movie I'm in, and you can see the glint of humor behind my eyes, but I'm gonna act like this is all dead serious." He's a bad-ass cut from the cloth of Mad Max, with that same grisly exterior and hardcore sensibilities. He's comfortable killing as needed, and never really gives a damn about anyone other than the mission, and he acts like a rock that the whole silly affair rolls around.

He's what sells the setting, for example, which is equal parts Road Warrior and The Warriors, a post-apocalyptic setting (more or less) but in the middle of the city, populated with colorful gangs and weird-ass characters. Writer/director John Carpenter was clearly working off the same kind of ideas as George Miller, both filtering their post-apocalyptic ideas through similar lenses, and both putting a bad-ass lead at the center of it all to act as the hook for the film.

Like the Mad Max films, Escape from New York knows how to have fun, populating its runtime with weirdos and loonies. There's the Duke (Isaac Hayes), the bare-chested leader of the main gang of Manhattan, with him and his goons riding around town in limos with chandeliers wired on. It's so goofy and silly, and yet it sets the right tone: these guys don't give a fuck. Beyond them we have renegade cabbies, wandering gang members with blasted our hair, and just about everything else you'd expect from a gonzo movie such as this. It's all presented matter of fact, letting you in on the joke through subtle winks and nods.

If the film has a flaw it's that no one in the movie is at all as interesting as Snake. Not the President, even though he's played by character actor Pleasance, nor the eventual team of allies Snake enlists: Harry Dean Stanton's Brain, Adrienne Barbeau's Maggie, and Ernest Borgnine's as Cabbie. If fact, really, there's no one to match Russel's snarling, sneering presence at all, with even the Duke a pale immitation. This is the Kurt Russel show, through and through, and it lives and dies on his shoulders because none of the other actors invest in it as well, nor are their characters as deeply written. 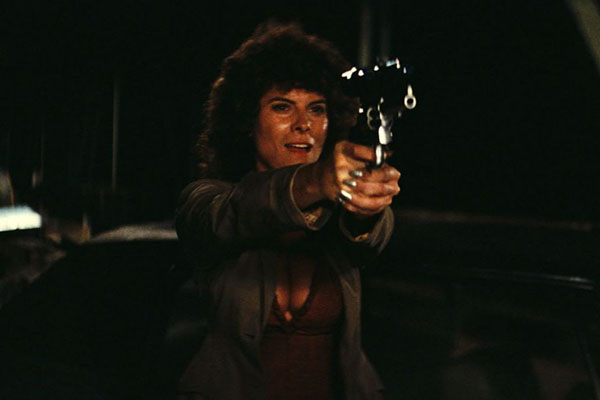 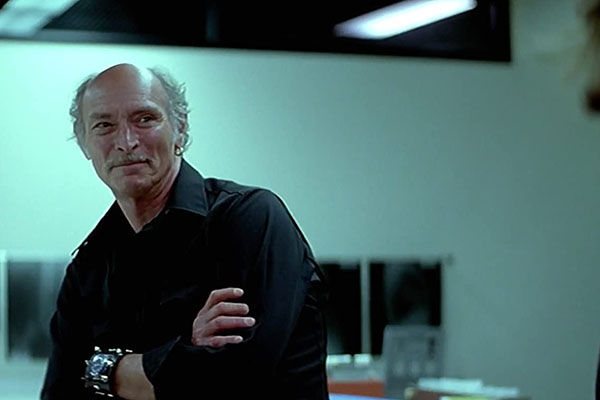 But, thing is, that's okay. The film is still able to craft a real sense of setting and tone, to create a credible looking world for this "future" 1997 (with 1980s practical effects, no less). It might not be a realistic 1997 but it certainly provides the right breeding ground for the fun Escape from New York is looking to purvey. I mean, it says it all in the name: this is escapist entertainment, a thrill ride of sorts crafted by a master of tension, brought to life by one of the few actors that could invest in a character named Snake.

It's also a concept that really doesn't work more than once. As we'll see, Carpenter's one official sequel couldn't find the right tone to strike, crafting something too goofy and not as interesting. His later attempts to sequels never got off the ground, with only one movie, Ghosts of Mars, undergoing a rewrite to avoid the Escape from... connection. Sometimes a film comes along that really doesn't need to be revisited, no matter how good the lead character may be.