It's a War for the Road, and I'm the Road Warrior

Going in to Mad Max 2 (released as The Road Warrior in the U.S.), I fully expected to see a very different kind of movie. Everyone talks about how the Mad Max movies have a very loose continuity -- they all essentially star the same character but the world is very different from film to film. As we'll discuss, though, I don't think that description is entirely accurate and, as a fan of detailed continuities, I was pleasantly surprised at how well the first film leads into its sequel.

I'd Say Civilization Has Fallen, But This Might Just Be Australia Normally

The movie picks up with Max, our mad friend still played by Mel Gibson, tearing ass down the open road pursued by a motor gang. As told to us in an opening montage/narration, civilization has fallen. Two "warring tribes" (as told by someone long after civilization has disappeared) blew each other, and the rest of the world, to Hell. These gangs, and the other survivors just trying to scrape by, are all that's left of humanity. After a narrow escape from the gang, Max (with the "assistance" of a gyrocopter pilot, played by Bruce Spence, that he takes prisoner and then, eventually, befriends), Max stumbles upon a gas-refining compound. That same motor-gang Max just escaped is terrorizing the compound demanding entry and for them to be subservient to the gang. Max gains entry to the base, strikes a deal for some fuel and then, eventually, ends up aiding the people living at the compound in their grand escape (with a huge, impressive, car chase for the last act).

When we talk about how the action in the first Mad Max is so good, it's because all the carnage is happening for real with real cars being driven by real people smashing into each other at high speeds. It's amazing, and what Mad Max 2 essentially does it take all the good bits of the first film -- the smashing of cars -- ditches what doesn't work -- the tiresome middle act story -- and creates a svelte, propulsive movie from the ashes. Sure, there's a bit of story about the compound, but most of the movies is focused solely on Max, on the cars, and on the big action.

And yes, the action is so good. Once again, everything is done for real. But while the first movie used pretty realistic vehicles in normal, city settings, the sequel heightens everything taking the setting out to its illogical extreme. Now the cars are more elaborate, twisted and modified to match the weirdos populating the vehicle gang. This matches the setting which ditches all the trappings of civilization to focus on one small hub in the middle of nowhere. This tightens the focus while allowing everything to be so much weird in this second outing -- there's no cities or towns to compare to, so the movie gets to define how the (lack of) civilization looks and feels.

Sure, it's doubtful that in only a span of a few years (as marked by Max's grey streak of hair), civilization would have fallen this far. To be fair, though, it was already on the brink in the first film, with a Justice Department that was falling apart and towns and cities barely holding on. Considering the Australian landscape, with a lot of populated cities around the coasts and barely anyone in the middle of the continent, it's not hard to see this as the same world, even nearly the same time, just far away from the trappings of civilization. So, essentially, just another day in Australia, really. 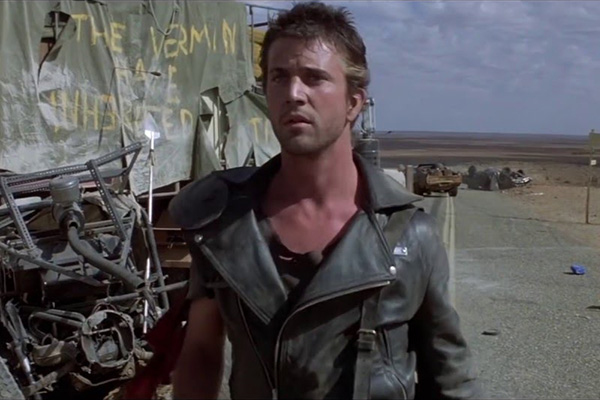 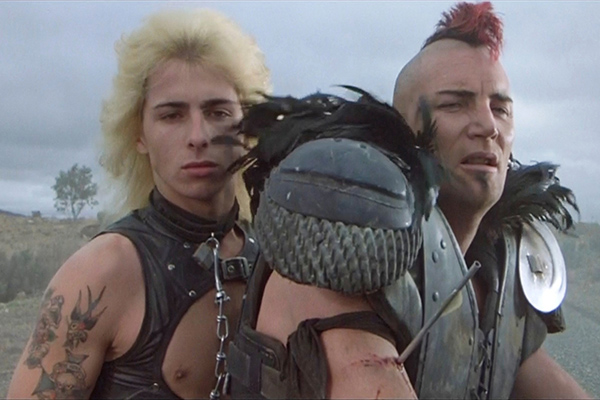 It's not hard to disengage your brain, though, because the movie never stops. Sure, there are a couple of quiet moments, but the action sequences come regularly. The base is constantly under attacks so you'll get car chases, invasions sequences (completely with flame throwers because everything is better with flame throwers), tense stealth sequences, and lots and lots of car crashes.

The spectacle only ramps up in the third act with the last big chase sequences as the motor-gang tears off after Max as he leads them, once more, down the open highway, this time driving a huge tanker rig on a run towards the safety of the coast. It's a stunner of a sequence that, pure spectacle that shows just how comfortable director George Miller and his crew were creating huge, vehicular mayhem. If you've ever wanted to see a motor-gang fight with a crew on a tanker truck going 60 down the highway while everyone is firing crossbows and flame throwers and a gyrocopter is dropping Molotov cocktails from the sky, this is the movie for you. And if you've never wanted to see something like that, what is wrong with you?

I was also pleasantly surprised by Mel Gibson this time around. Unlike is wooden performance in the first film, Gibson lends depth, emotion and, even one or twice, warmth to his character. It's a good thing he does, too, since he's essentially the only character we really get to know in this movie. The secondary characters are the gyro captain and Max's dog (named "Dog"), and while bother were okay (Dog really nailed his lines), they aren't the focus of much of the movie. Everyone else, from the compound workers to Lord Humongous and his motor gang, are even less consequential. It's not their story though -- this movie is about Max and the cars he smashes, and I was okay with that. Gibson anchors the movie, makes his character interesting, and elevates the movie in the process.

Don't get me wrong, I still hate the man and won't watch any of his current output. Still, it was nice to see him put in a good performance as I'm stuck watching his face in these classic films. 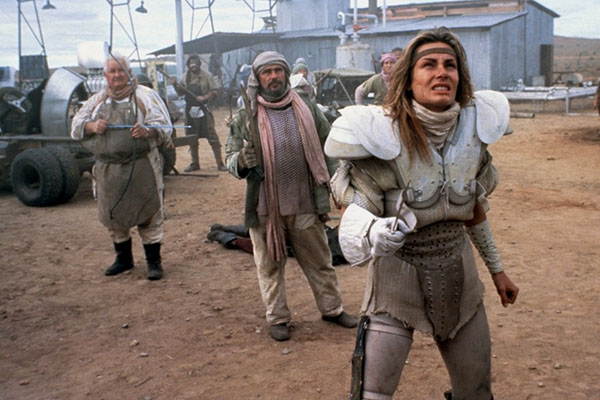 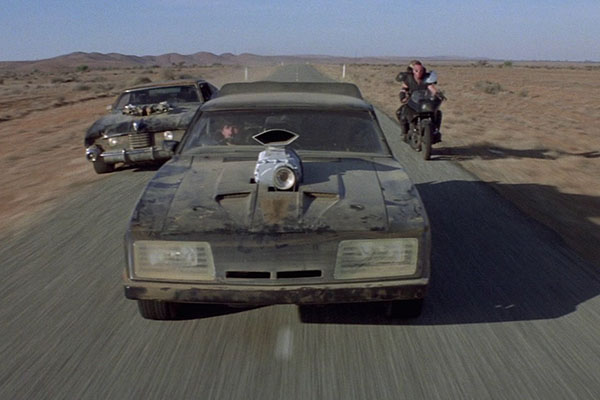 Mad Max 2 is an improvement over the first movie. Tighter, leaner, and more focused, the movie delivers sharp story with huge action. It feel like the movie Miller really wanted to make the first time around, but this time he had the budget and experience to pull off his vision.

Not only was Mad Max 2 hugely successful with critics and audiences, but it went on to inspire a lot of art as well. Naturally, it spawned a couple of further sequels, with Mad Max: Beyond Thunderdome released four years later and, eventually, Mad Max: Fury Road coming out later, both capitalizing on the style and structure of this second outing. Mad Max 2 is also considered one of the best action movies of all time, with it's lengthy, tightly choreographed car chases which has been topped in execution only by its own sequel, Fury Road.

Reverberations of Mad Max 2 can be felt outside its own series, though. The aesthetic of the movie, with blasted out deserts patrolled by leather-clad, punk rock car-thugs bears a sibling relationship do dieselpunk, acting as a post-apocalyptic 1980s hybrid of the style. This aesthetic would go on to be reused in comics and movies, such as Tank Girl, parodied in media like the final season of the 2012 TMNT cartoon, and borrowed whole-cloth for the Borderlands series (which, arguably were better Mad Max