Two Men Enter, and then DANCE OFF!

This was the film I dreaded. When I decided to do a Mad Max deep dive so I could talk about Fury Road I had a feeling I'd have to wade through one terrible movie: Mad Max: Beyond Thunderdome. I hadn't watched this movie in easily 15 years but even then my memories of it weren't great. I recalled a good train sequence near the end of the film but, otherwise, it struck me as largely forgettable. 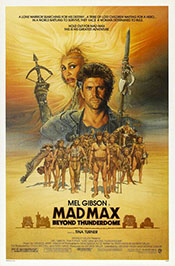 Plus, the fandom is really against this movie. I don't always pay attention to what the fans say -- I did try to give both Matrix sequels, Reloaded and Revolutions a fair shake when I went back to them -- but the fans also aren't always wrong (Revolutions did suck, after all). And yet, Roger Ebert liked the movie when it came out (calling it one of his top 10 of 1985). Did we all miss something? Were the fans wrong? Was I misremembering? Was this secretly the gem of the Mad Max franchise?

So, You Want a Mad Max Movie Where Max Never Drives a Car?

When we start, it's via the view of a plan swooping over a desolate, post-apocalyptic desert (I'm still not convinced this isn't Australia normally). The plane swoops down, a man (Bruce Spence, playing a different pilot this time) jumps out, knocking out the driver of camel-driven wagon, and the steals said wagon, leaving the driver in the sand. That driver, the one eating sand, is Max. He follows the trail of the camels to Bartertown, a no-good, dirty place on the edge of civilization that, really, is the only civilization to be had for miles and miles. Entering the town, Max eventually makes a deal with the public face of the town, Auntie Entity (Tina Turner) to fight the fabulously named Master Blaster (Aneglo Rossitto and Paul Larsson working together), in the Thunderdome, the place in the center of town where all matters of law are adjudicated... to the death.

However, Max finds himself unable to kill the Blaster of Master Blaster in the arena, and is thus exiled from Bartertown out into the desert wastes. However, a band of kids find him and take Max into their secret home on the edge of a river. The kids think he's their savior prophesized from long ago and, through him, they'll be taken back to the homeland of many lights (cities and civilization). Max, of course, knows that there is no civilization left, but some of the kids refuse to listen. They flee in the night towards Bartertown. So Max has to go back, save the kids, and escape the clutches of Bartertown. Can he save the day? Do we even care?

After watching Beyond Thunderdome, my first question was "how is this a Mad Max movie?" Sure, there's a character named Max in it, and yes it takes place out in a desert wasteland, but that's about the extent of its connections to the series. The first and second films clearly established a trend of big car chases with weird, reckless motor gangs. But in Beyond Thunderdome Max doesn't even have a car! We don't even get anything resembling a chase until the hour-fifteen mark and by that point we've already had to wade through almost the entire movie to get there. Max is supposed to be the best driver on the road, a one-time police pursuit officer, and yet he never drives (even the big chase sequence at the end is on a train and Max is just along for the ride). 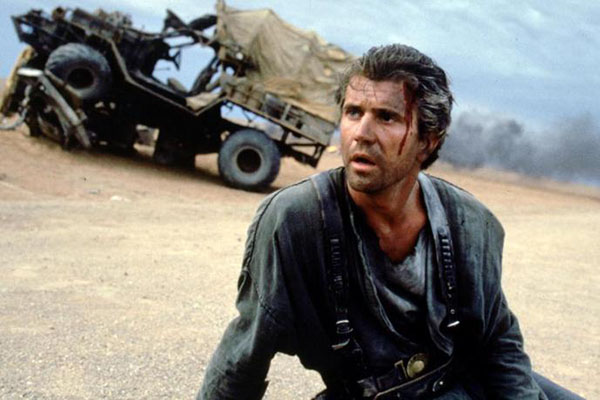 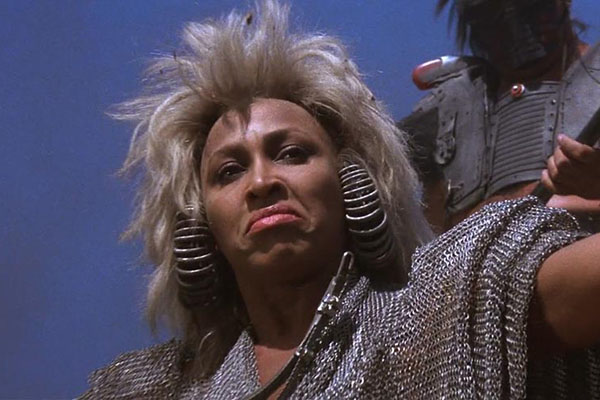 Plus, the Max of this film barely resembles the character from the previous flicks, and I don't mean that in his looks as he's still played by Mel Gibson for this flick. No, the Max here seems somehow... friendlier? He certainly talks way more -- we don't even get a real action sequence until the one, and only, Thunderdome sequence in the movie around the thirty minute mark (for a movie that boasts "Thunderdome" in the title, there is a conspicuous lack of Thunderdoming). That sequence is really good, if weird and goofy, but for a series about big action and smashy-smashy cars, Beyond Thunderdome lacks good action. Instead of action we get talking, plotting, planning, explaining, discussing, and more talking. Max works as a force, a near-silent menace that gets the job done. Here, though, he's not menacing and, more often than not, he kinda sucks at getting the job done.

A lot of this has to do with the fact that Beyond Thunderdome is a PG-13 flick while all the rest of the films were R rated. Things were obviously toned down quite a bit and, presumably, this was because the studios wanted a hit after spending a bunch of money on the flick. And, sure, it might have recouped triple its budget (over $30 Mil on $10 Mil up front), but it sacrificed it's inherently Mad Max soul in the process.

But sure, okay, what about if it didn't have "Mad Max" in the title? Like, maybe if it was just a generic post-apocalyptic movie called "Beyond Thunderdome". If we ignore Max and just look at the film, it's still pretty bad. The pacing is certainly off, and not just from an action standpoint. The first act is about Bartertown and Max, somehow, regaining what he lost. We're setup to see the pilot, the guys that stole all Max's stuff, as the villain -- he even pops up a couple of times to remind us he's hanging around Bartertown. Heck, the dude stole from Max so, right off the bat, Max has a dispute. Shouldn't he immediately declare his dispute and demand justice in the dome? Instead of doing that he gets into a convoluted plot with the lady of the city, fails in his mission, and ends up accomplishing nothing. In the end he was as useful to the plot as if he's just stayed out in the desert and never went to Bartertown.

The second act, then, has Max out in the wastes again when he joins up with the kids. God damn these kids. They're like if you crossed the Lost Boys of Peter Pan with the obnoxious post-apocalyptic future section of Cloud Atlas (say true true), and exactly as annoying as that sounds. The kids are there to serve as a deus ex machina, a way to motivate the plot forward. Somehow Max is supposed to care about this tykes simply because they exist and... well, that's all the motivation he's really given. They have a good life setup which max is dropped into and, because he shows up, he actually makes things worse for them. If he had just stayed out of Bartertown to begin with, or resolved his dispute with the pilot, or followed through on his agreement with the Auntie, the kids would never have been an issue. 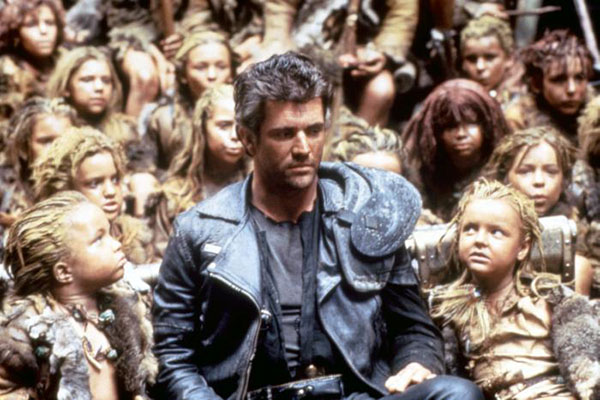 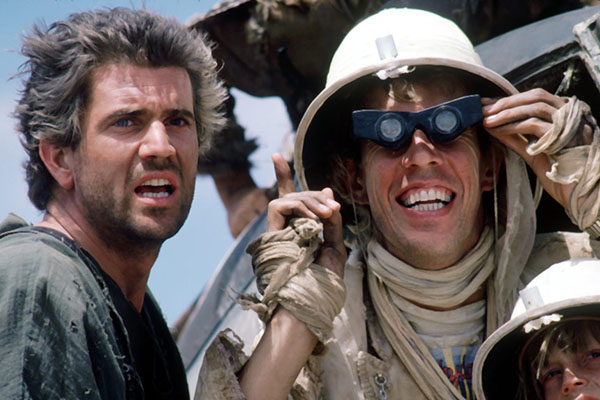 There's also a big issue with where the kids live. They're only a day's walk out from Bartertown and they have a lush little camp full of food and fruits and all the fresh water they could ever want. And somehow Bartertown doesn't know this place exists? Really? There's a pilot regularly flying overhead and you're going to tell me he's never once see their encampment for all the obvious years they've been there?

And then, of course, there's the last big action sequence. It takes place on a train, with a bunch of the vehicles from Bartertown chasing them. This was obviously thrown in as a sop to the fans, a way to say "hey, this is the Mad Max you know, right?" But the sequence is pretty short (nowhere near the length of the similar tanker sequence in Road Warrior and a bare fraction of any of the sequences in Fury Road, and is not nearly as competently directed. I know George Miller co-directed this one, but it still lacks the flair of the previous efforts in the series. Watching it, I was honestly bored by the proceedings, which is a bad look for any action movie, Mad Max or no.

In the end, this film feels like a total misfire. While it was probably only successful because it had the Mad Max name, it really shouldn't have been included in the series. The action is wrong, the characters are wrong, and nothing really ever comes together like it should during the whole runtime. Instead of being a great continuation of the series, it was a total failure, one that, in the long run, put the series in hibernation for twenty years.

Thankfully, after this mess we can ride eternal on the Fury Road...