Let's Try Not to Talk Into a Mirror, Okay?

The Urban Legend films -- the original film and it's sequel, Final Cut -- aren't exactly well regarded Slasher films. I like the first one, finding it to be a pretty solid "Scream clone", but I also recognize I'm in the minority there. Most people only have disdain for both films (in the case of the latter, I would agree with that assessment). 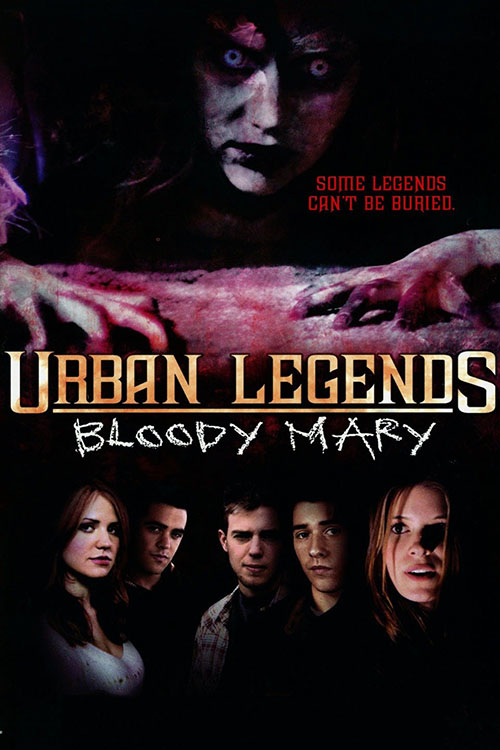 And yet, as much as the fans might talk down about these movies, they were successful enough to warrant continuing sequels (clearly, someone was watching these films beyond just myself). That's not to say they continued to have the staying power as the series ran on -- the Slasher boom post-Scream was relatively short lived -- and in the case of Urban Legends, like the I Know What You Did... series, eventually went direct-to-video for its final film (and in the case of I Know..., good riddance, really).

Direct-to-video is a bad place for a movie, usually the dumping ground for films too crappy to be released in theaters. Plenty of horror has been released direct-to-video, but these are general titles no one wanted to see at all, and their lives on video shelves (or in streaming services) is ignoble and fleeting. Unless you're like me, with a chronic need to see every tangential film in a series, it's doubtful you'd give any thought to a direct-to-video release, let alone one in the Urban Legends series. Clearly this film has to be crap, right?

Well, as it stands, this film actually isn't as bad as you might expect. I wouldn't go so far as to say it's great -- it has some spotty, CGI-laden kills and a few bad actors (literal), but there's a decent, core story that's different from the first two adventures in the series, and it's headlined by an actual, proper actress -- Kate Mara, back when she was still just a TV actress and before she found some relative fame in films like Fantastic Four and The Martian. This is a film that actually seems a little better than the standard direct-to-video fare, an accomplishment indeed all things considered.

The film first opens in 1969 to show us the story of Mary (Lillith Fields), one of three high school girls taken to prom by football players. They thing it'll be a magical night but, instead, it's all an elaborate prank to get the girls drugged and then dump them somewhere (or maybe rape them, even -- the film is unclear on the true intentions). Mary, though, doesn't drink the drugged punch and ends up escaping the clutches of her football player date. This leads to a chase where, in the end, Mary is dead, her body hidden away never to be seen again. 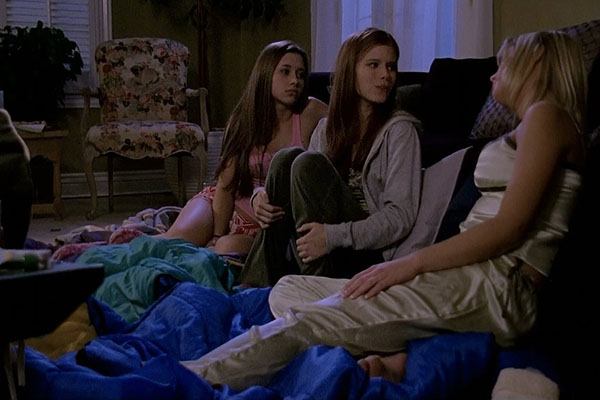 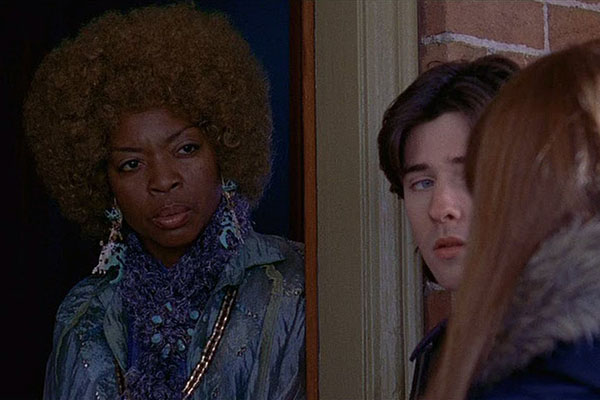 Cut ahead 40 years and three girls, Sam (Mara) and her two friends, do the stupid "Bloody Mary" trick at a slumber party. Although they think its a lark, the next morning all three girls are missing. As it turns out, the three girls were drugged and kidnapped, taken to a remote location and dumped, where they ended up locked away for a day before escaping. The guys that did this, a bunch of football players, all have a good laugh over it... right up until they all start dying (of course, in the form of urban legends). Is there a killer on the loose or, somehow, is this all the work of Bloody Mary herself?

Not to spoil things too much (for a fifteen year old movie), but in this film the killer really is supernatural (for the most part). Blood Mary really does kill (most of) the people in this film, marking a supernatural turn for this series that, in the previous two films, was anything but. In that way it's like the third I Know What You Did... film, which also brought in a supernatural, avenging killer. I don't know why these late-series sequels both decided to pull this twist for the killers, but in Bloody Mary this change actually does the film some benefit.

In the I Know... series, the killer going after the kids in retaliation always felt like a bad guy. Yes, in most cases the kids screwed up and made a mistake but they don't seem like bad people, deep down, so their kills don't seem all that satisfying, over blown for the actions they'd taken. Here, though, the football players are jerks and they pull a stupid stunt then, unrepentantly, keep doing stupid things after to cover their tracks. None of them are redeeming so, when they start dying, you actually feel pretty good about it. I wouldn't say it's scary, for the most part, but it's certainly fun.

Part of the problem with the scares is that the film over-relies on CGI (a sequence with a girl, some spiders, and a mirror is particularly egregious), meaning everything looks so fake. It's hard to get lost in a kill when it doesn't look real, that there's artifice to it all. Of course, the film also doesn't really elaborate on Mary's powers or abilities, so it can basically do anything it wants which tends to mute down the intensity of her actions. Who cares what she can do if she's essentially given a free ticket to do anything because the film says so? 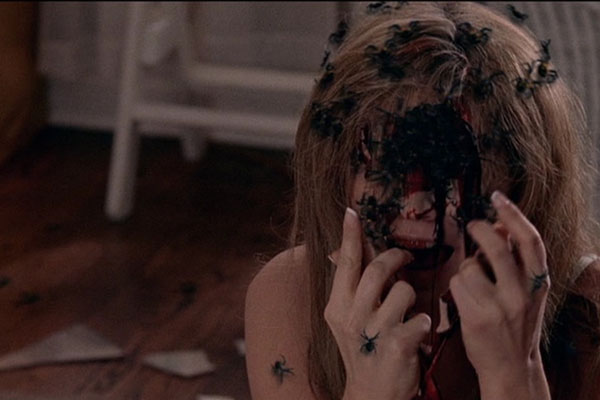 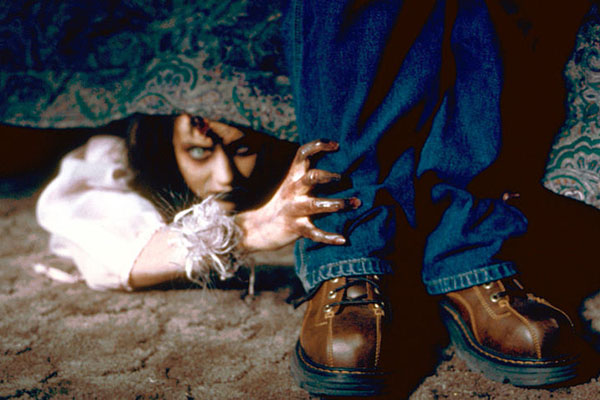 Some of the kills are decent, with a fair amount of blood and gore thrown in. Even here, though, the film struggles mostly because the idea of an avenging spirit killing kids had already been done, back five years earlier with the Final Destination series. Really, this film shares a lot with that series of movies, with an invisible (most of the time) spirit planning elaborate kills and watching the victims slowly fall into its trap. If the Final Destination series didn't exist, this film might have actually seemed more original, but whether planned or not, Bloody Mary does seem a bit like a pale imitation.

What drives the film is the story, a tale of vengeance from beyond the grave, as well as the tight performance from Kate Mara. She's honestly too good for this film, nailing a performance as the Final Girl that could have rocked a much better production. Instead, she's the bright point of the film, carrying the weight of it on her shoulders. Without Mara this film would be nigh unwatchable. As it is, this is a passable film that entertains for a few good moments, a feat even this second film couldn't really manage.

I wouldn't call Urban Legends: Bloody Mary a good film, but it certainly is a decent one. It's passable entertainment that, while not entirely memorable, at least does a good job of creating a new tale in the Urban Legend series. I don't think it in any way redeems the whole series -- only the first film is really any good -- but it at least doesn't completely suck.

Drugging girls in an attempt to date rape them. The opening scene of the movie tells the origin of our killer, a girl who caught some guys trying to drug her friends, some kind of revenge prank.

One of the three girls, Mary, doesn't drink the drugged punch, and when she sees the guys loading her friend into their car, she freaks and runs off. Her "date" chases her down, tries to pull her back to the car, and then accidentally kills her slapping her and bashing her head against a table. Then he hides the body, you know, as you do.

Seven. Mary at the beginning, plus three football players (and one of their girlfriends), the final girl's brother, and Mary's killer.