As discussed in my review of the original Urban Legend, any number of Slasher movie hopefuls sprang up in the wake of the first Scream. Most o them failed to live up to the bar set by that movie. That included the Scream sequels, all of which failed to find the spark, and humor, of the original, instead simply iterating on the same tired shtick, over and over, until everyone stopped caring about those films. It's almost as if trying to continue a self-contained Slasher story with a number of sequels that water down the original is a bad idea. 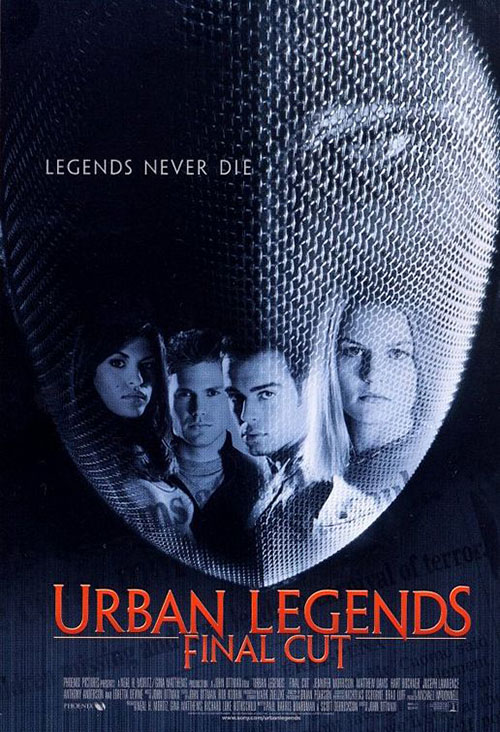 The first Urban Legend was one of the few Slashers to come out of the Scream boom that actually was genuinely good; maybe not as good as Scream, but a decent second. No Slasher film can go without a sequel, though, so two years later we ended up with Urban Legends: Final Cut, a by-the-number sequel about another college campus getting terrorized by a killer, taking people out in the manner of urban legends. Where the first film was fun and even a little bit fresh, this sequel is just another iterative film without anything new to say, which is what you expect from sequels.

Urban Legends: Final Cut opens with co-eds on a plane, flying back from a vacation. When a couple of them head off to the bathroom to join the "Mile High Club", they discover that a flight attendant has gone mad and killed everyone in first class, along with the entire flight crew. How could the co-eds possibly save themselves? Well, they don't have to because this is all a movie-in-a-movie, setting up the premise of this film: our unlucky co-eds/victims are all students in film school working on their final film projects.

Our heroine, Amy Mayfield (Jennifer Morrison), wants to make a slasher film for her final project, and of course the killer in her proposed project would kill people in the manner of urban legends. She gets together a film crew -- Eva Mendes as assistant director Vanessa Valdeon, Anthony Anderson and Michael Bacall as effects guys Stan Washington and Dirk Reynolds (respectively), Jessica Cauffiel as (terrible) actress Sandra Petruzzi, Marco Hofschneider as director of photography Simon Jabuscko -- and sets about making her movie. Unfortunately incident after incident befalls her crew, killing them off one at a time. Worse, the cops don't believe there's a killer on the loose, they think it's all just a series of accidents. Amy is going to have to find some help and hatch a plan if she's going to catch the killer and save her film. 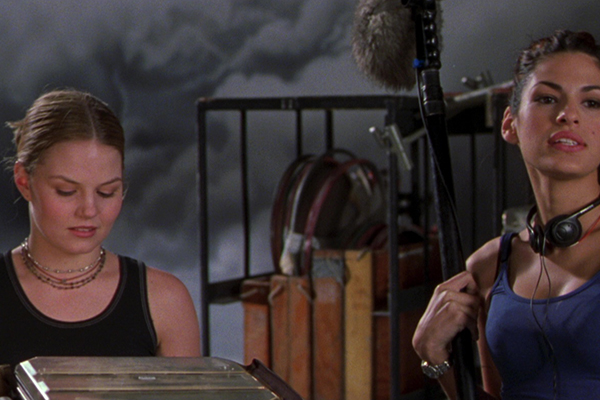 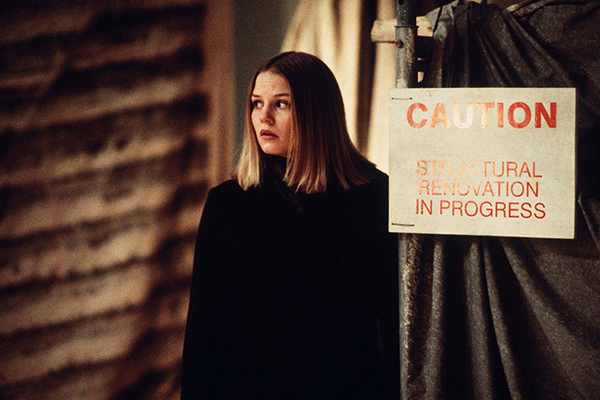 Credit to the film, it does take the basic framework of the original movie -- co-eds getting killed at school while the college ignores the issue -- and manages to craft a somewhat different story. Making it a film school instead of just another college allows for a different setup to the story, as well as new ways to get the kills going. Now, instead of students dying in dorm rooms or at parties, they can die on set while the crew looks on, thinking its all an act. I like that setup a lot, actually.

The problem is all down to execution, though. The film has fun playing around with the conventions of filming movies in the first act, especially when poking fun at Sandra the terrible actress, pretty soon the film gets bored with playing up the setting and just devolves into a standard hack-and-slash story. The kids go on filming their movie but all the humor, and sardonic wit that would seem to be inherent in a Slasher movie about kids making a Slasher movie is lost. The film decides to play it straight at a certain point and becomes less interesting because of it.

Part of the issue is the fact that the film doesn't have any desire to make its kills scary. The best kill in the first, a sequence that involves a random blond we don't see before (or, obviously, since) who get kidnapped, tortured, and then killed, and it's a sequence that has terror, shock, and gore. It's also a sequence that was filmed after the main movie was wrapped, done at the behest of the studio to add more action into the early going. It's essentially a kill from a different movie, one made later (and much better, I will note).

The rest of the kills are all shot in such a way to downplay their violence and to hide their gore. They aren't scary, or interesting, having none of the style or thrill of the first kill in this film (let alone any of the kills from the previous movie). I don't know what the production team decided to downplay the scares and gore in this movie, but after that initial kill everything else feels neutered afterwards. It's a Slasher film and the movie really needed to play up that aspect of the movie if it wanted to be scary. 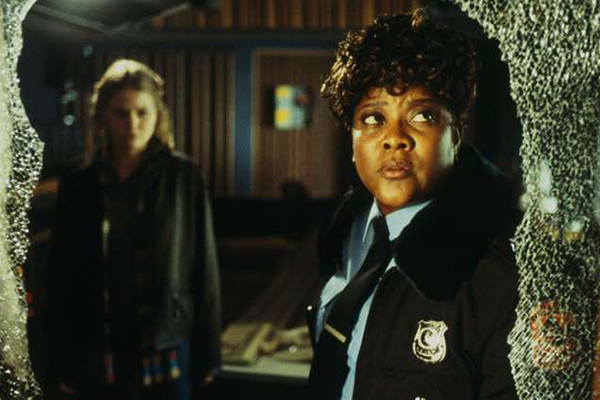 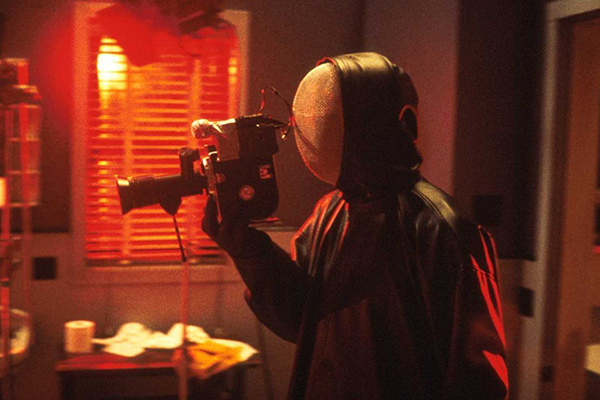 Reportedly, the director, John Ottman, wanted Final Cut to be silly and "wacky", which explains the early sections. I'm fine with humor in my horror movies -- I actually think is serves as an accent that can up the horror by playing with tension -- but this film never strikes a balance. It starts silly, then tries to be scary, and very rarely manages to be either thing. It's not that the film varies wildly, just that it loses the thread of one aspect, tries to be something else, fails there, and then just ends up flat throughout.

The best thing that can be said is that the entire cast of young, soon-to-be-famous performers do what they can with what they're given. Morrison is a solid scream queen lead, good at delivering the silly moments along with the tense sequences, and if she'd been given better material this film could have been solid. She does a commendable job anchoring this wretched film, it's just that there's only so much you can do. None of the characters are given real personality or substance, and while all the actors are charismatic enough to elevate what they're given, no one can elevate bad material that much.

This film is, in short, a tedious slog. I really enjoyed the original film in this series, but even if I didn't have that film to compare against Urban Legends: Final Cut I'd still dislike this film. It's not fun, it's not interesting, and it's not thrilling. It's just a complete chore. I can totally understand why the next one of these films went direct-to-video.

We really don't get a sin this time -- there's a sin within the movie-in-a-movie, promiscuity -- but as far as the actual movie in concerned, the killings just start because that's the plot of the movie.

There are a lot of killing at the start of the film, but it's all movie-within-a-movie stuff and doesn't actually count. The first true killing comes later, when our first victim (some random blond we've not seen before), is kidnapped by the killer and it's made to look like he's just cut out her kidney to sell on the black market (a popular urban legend). Then, after a tussle, and an attempted escape (that goes very poorly), the girl is beheaded by a broken pane of glass. The death isn't really believable, but the sequence itself is pretty strong.

Six. The random co-ed at the start of the film, plus five of the film crew.