Did You Hear the One About...

I've noted it before: Scream kicked off a new wave of Slasher flicks, one that update the formula with knowing kids commenting on the carnage going on around them. That 1996 film did it best, of course, and in such a way that all of its sequels felt like pale imitations (which is the way of most sequels regardless). Then we had I Know What You Did Last Summer, a film written by Scream's screenwriter, Kevin Williamson, without any of the knowing meta elements (or much of the zest). That film managed to spawn its own series, but it only took another year for a new series to spring up in the wake of Scream's influence. 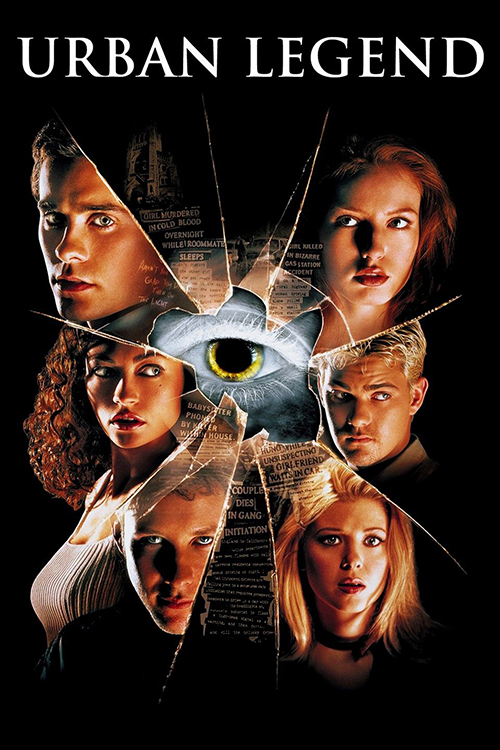 Launched in 1998, the Urban Legend series never became as popular as either the Scream or I Know... films. And yet, when it comes to copying the magic of the 1996 genre relaunching film, Urban Legend managed to take the true spark of Scream and craft a worthy successor for the genre. The big eruption of Slasher films came and went in the wake of Scream, but this film at least learned the lessons and found it's own way to craft and effective Slasher story.

Things take a turn, though, when another student, Michelle Mancini (Natasha Gregson Wagner), is murdered in her car by a killer hiding in the back seat. Soon other people around Natalie start dying, all in the form of urban legends. It's like someone is stalking Nat, and the only reason she can think is because she accidentally got a guy kill reenacting another urban legend back in the day. Now she has to figure out who is after her before the killer finishes the job and kills Natalie and everyone she ever cared about.

In basic construction Urban Legend is like a lot of other Slasher flicks from the era: semi-famous and reasonably attractive stars from TV getting together in a film so they can be offed one by one, all while the film blares out a selection of rock hits that clearly identify what year this film came out (if you really like Cherry Poppin' Daddies, Powerman 5000, and Rob Zombie, this film has you covered). This is clearly a studio film built to give teens exactly the formulaic experience they wanted (or, at least, were expected to want). 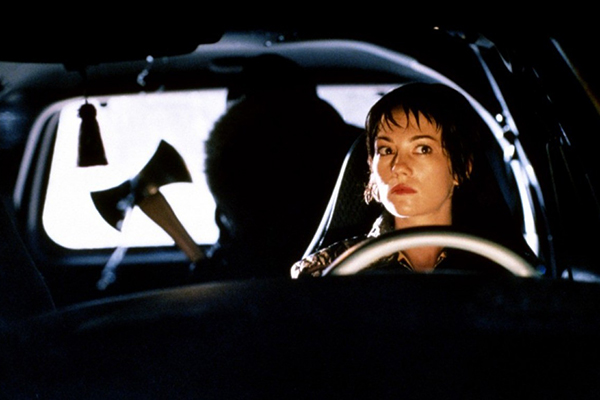 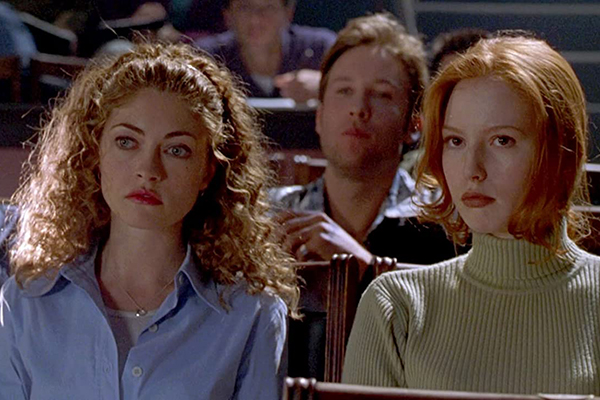 But while the film, in its pieces, seems as generic as it gets -- competent direction, cookie-cutter characters -- the film manages to put together a story from those pieces that really works. Taking a page from Scream, this film goes full-blown meta, but instead of commenting on the Slasher genre Urban Legends comments on horror stories in general. It sets up all kinds of murders that can happen, then lets the cast (and killer) comment on them, before going through and elaborately setting each of the legends up as death sequences.

This is something the film has over I Know What You Did Last Summer: by allowing the killer a whole breadth of ways to kill (any urban legend they can think of) instead of just a single weapon (a hook) the film can get creative and devise all kinds of evil kills. Not all of them are special -- the killer sometimes gets too caught up in the chase and has to resort to simple axe murder -- but more often than not the film crafts deliciously vile deaths for its pretty cast of characters.

It the process it also manages to have a lot of fun. It keeps a light tone in places, even after the first couple of kills, so that the audience can be caught off kilter when a murder happens. It's a balance that helps to keep the scares scary for a while (at least until the massacre ramps up in the last act). And, in the process, the film gets to poke fun at the various actors -- Jackson hearing the opening riff of the theme from Dawson's Creek, Gayheart getting called the "Noxzema Girl" (as those were commercials she was famous for at the time) -- and just have a grand old time being entertaining.

That's not to say this film is perfect, mind you. The film does lose its light touch in the last act, when the violence ramps up and the killer has to be revealed. In fact, that's one of the big flaws I have with this movie (and spoiler for a 22-year-old film): the killer is a woman, which in the context of Slasher flicks at least keeps the viewers guessing who could be behind the "mask", but women are not traditionally series killers or mass murderers. Yes, it can happen, but the reasons the film comes up with (revenge for the guy Natalie accidentally killed) don't seem like enough motivation to turn a woman into a slasher. 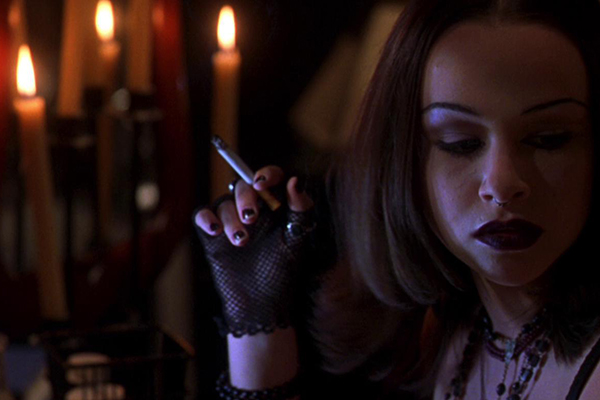 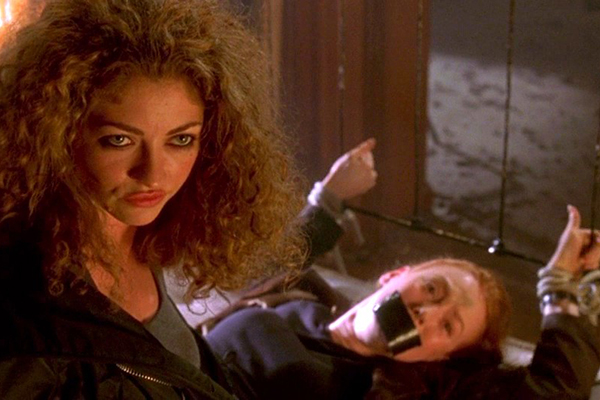 Plus, the film requires a few other implausible setups to keep the action on the campus. The school has to actively want to cover up any potential whiff of a murder, and they even somehow covered up a massacre from decades before, a feat that seems highly unlikely. Then, when people start dying on campus, the Dean chalks up the missing people as 'people of partying for the weekend" and then actual bodies as suicides, saying the police don't have to be called in. That's simply not his choice to make when bodies start turning up, and when it comes to missing persons the first 48 hours are critical and no one in charge of students would ignore reports of students missing. I just don't buy it.

Still, if you don't think too hard about some of these issues the film does work. It's an amusing piece of Slasher ephemera with enough charms to carry its runtime. Nothing that's tried to be Scream has ever risen to the level of that 1996 film, but Urban Legend comes to closest by far.

Terrible singing. Our first victim of the film, in a killing sequence that opens up the film (borrowing a page from Scream) is driving late at night. After nearly getting into a car accident she then pops in a cassette (oh, cassettes!) and begins belting, badly, to "Total Eclipse of the Heart". She basically deserves what comes next.

The terrible singer stops for gas when her car runs low. There, a gas attendant with a stutter tries to warn her that someone's on her backseat, but she won't listen to him. She drives off, and then the axe murderer literally kills her with an axe.

Eight. Our opening victim, four of Natalie's friends, plus the Dean of Students, a radio station tech, and a professor. Oh, and a dog.