I Heard About This Thing That Maybe Was a Legend and It Maybe Involved You...

I'll Always Know What You Did Last Summer

The idea of extending the I Know What You Did... series seemed a little questionable. How many times could the killer, the Fisherman, come after the same kids. Hell, for that matter how many times could he improbably die before it's revealed he didn't die and he, once again, attacks Jennifer Love Hewitt? The shelf life of this series was pretty short, even shorter than the Scream series, which at least had meta-plotting to rely on and carry the (middling) story. 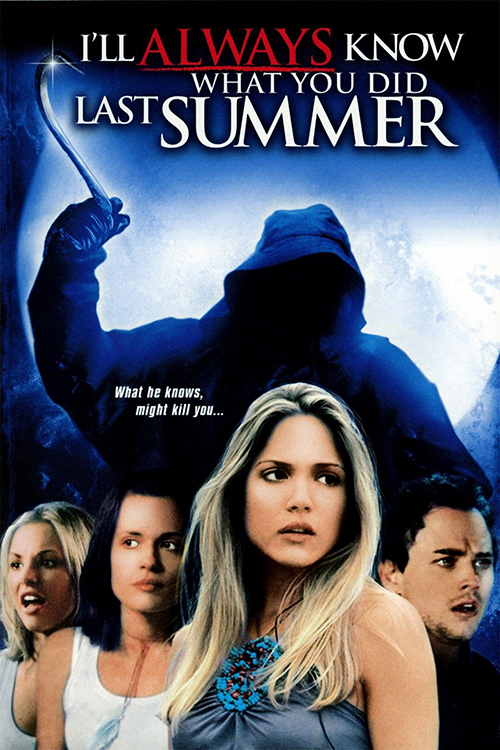 With this third film in the series, I'll Always Know What You Did Last Summer, the series doesn't even try to find a way to bring Hewitt back (likely because, with the tiny, direct-to-video budget, they couldn't afford her). Instead, the film opts for a franchise extension, saying that the Fisherman is not a legend told by teens to scary each other. This allows anyone to step into the shoes as the killer instead of trying to find a way to get the original bad guy, Ben Willis, back from the dead once more so he can kill an even more random collection of co-eds.

In the story, five teens -- Brooke Nevin as Amber Williams, David Paetkau as Colby Patterson, Torrey DeVitto as Zoe Warner, Seth Packard as Roger Pack, and Clayton Taylor as P.J. Davis -- plan a prank: at their town's annual festival, one off the kids would dress up as the Fisherman and "attack" the others. This would culminate in the Fisherman chasing P.J. to the top of a roof and then P.J. would pull off a sick skateboarding move to escape. The prank goes off, the cops chase the "Fisherman" around, the costumed teen then chases P.J. to the roof, but instead of pulling off his sick move, P.J. falls and dies.

A year later, none of the remaining friends are in a good place. Amber and Colby, hot and heavy lovers a year back, are broken up, and none of the teens have talked to each other since, all of them desperate to keep the secret of the prank while suffering from the guilt. The secret, though, is killing them... literally, as someone dressed up as the Fisherman is stalking the teens, looking to kill each of them one by one as revenger for their failed joke. The teens will have to find a way to stop the Fisherman before they all end up dead.

In basic construction, I'll Always Know... isn't any different than the original I Know What You Did Last Summer. Yes, the incident is a failed prank instead of a drunk driving hit-and-run, but the results are the same: the kids hide the evidence, pretend they had nothing to do with it, and then a killer stalks them a year later. The faces and the locations are different, the plot is exactly the same. 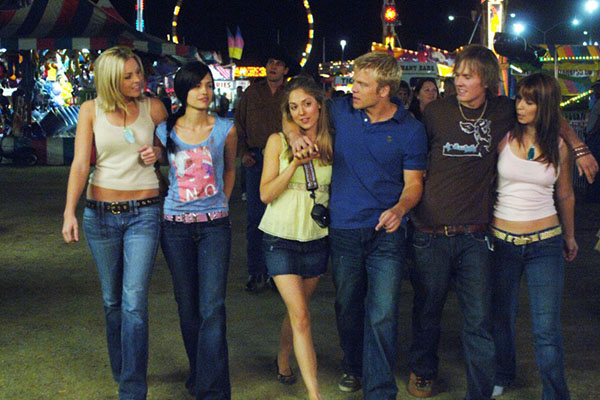 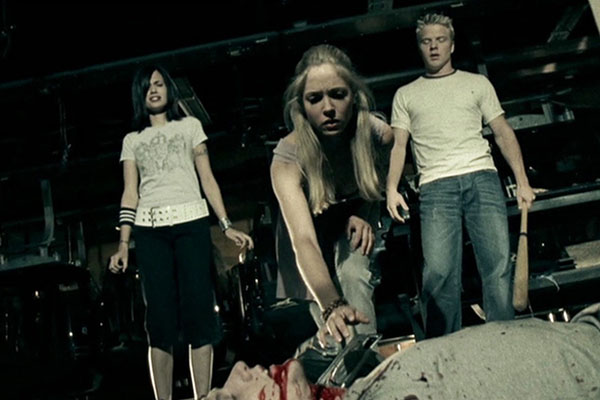 The kills, too, are basically the same. This is a problem with the killer themself as the Fisherman is beholden to his long fish hook. He uses this hook for every kill, even when he has other power tools at his disposal. Three movies now, and the other thing the Fisherman wants to kill with is a hook and, frankly, there's only so much you can do with a hook. Really, a hook is only good for stabbing (as it's not a bladed weapon) but these movies (this third one included) think it can also be used as a slashing weapon. Regardless of the practicality of this, it does mean that every kill, even in this third film, is still the same.

The film does try to get a little inventive in the climax. While the first film played to the conventions of Scream, making it a mystery about who the killer actually was, this third entry throws that out the window. Weirdly, instead of having it be some mortal person stalking the teens, looking to even the score over P.J.'s death, the Fisherman is now an undead, revenge-prone ghoul. For a film that had absolutely no fantasy elements in the first two iterations this is, no doubt, a very weird turn to take.

Honestly, I was completely baffled by this "twist", taking the series into full-blown Friday the 13thOne of the most famous Slasher film franchises, the Friday the 13th series saw multiple twists and turn before finally settling on the formula everyone knows and loves: Jason Voorhees killing campers 'round Camp Crystal Lake. territory. I was such a jarring turn for the series to take that I actually lost whatever little amount of investment I had in the series. If the Fisherman is undead, how to do you kill him? And if he can't really be killed, because he'll always come back, then what's the point of even cheering for the Final Girl? There's no winning and that completely ruins the movie.

I mean, the movie wasn't that engaging -- it's a lower-budget sequel to an already low-budget slasher series, with D-grade actors and a cookie-cutter plot -- but it at least had its small charms. It was dumb, and silly, and didn't really understand horror, but even amateurish slasher flicks can still find moments of solid horror, and this film at least could mine good jump scares out of little moments. But once the killer is officially revealed, that all comes to an end. I stop caring, and there was no bringing me back in. 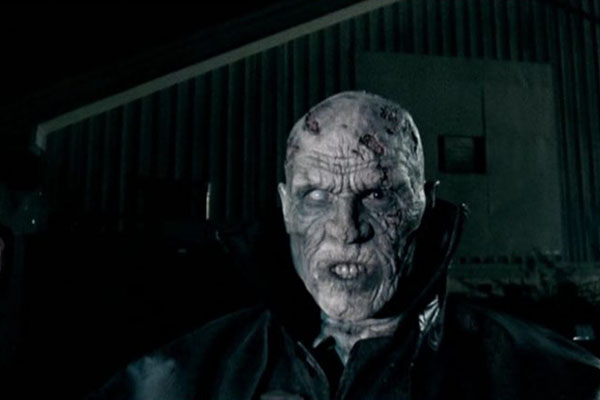 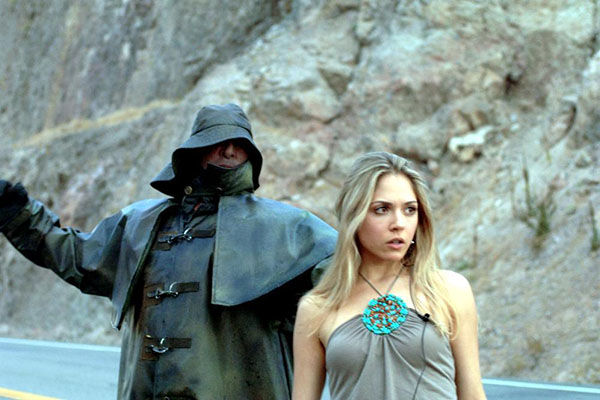 Like, I get the idea behind the twist. It recasts the Fisherman into a mythic figure, like the Candyman or Bloody Mary. It's an interesting idea, and if the film were better about setting itself apart from the previous two films, and hyped up the fantastic elements a little more, that could have made the reveal work better. I even like the idea that the Fisherman shows up when teens do something stupid, dressing up as him or saying his name too much before getting someone killed. That's an interesting idea for a set of mythology, but, again, it's not well implemented here.

This was the last film in the series, which is probably for the best. While I found the idea behind a mythic Fisherman intriguing, the film didn't do it right. And another sequel to this series probably would have been even worse than anything that came before. I'll Always Know What You Did Last Summer is a rote sequel-copy of a rote slasher film with a bad ending that makes it even worse. The idea behind this film's climax might have been cool to explore in future iterations, but if the studio never manages to make another one of these (as a film or, apparently, as a proposed TV series) I doubt anyone will be sad.

The sin of omission. The kids this time around aren't even drinking or having sex, they just play a prank that goes horribly wrong, and then they lie and pretend they had nothing to do with it.

The prank is all about the urban legend of the fisherman. They all pretend to be stalked by the masked killer, and then the fisherman chases one of them, P.J. (Clayton Taylor), to the roof of a building and as P.J. attempts to escape, he falls from the building. This was all part of the prank, but what wasn't part of it was the fact that someone moved all the pads and mattresses that the teens had setup to catch P.J. Instead of a soft landing, the teen was impaled on a piece of farm equipment. Ouch.

Six, counting the kid that dies at the start of the movie, plus three of the pranksters, and two cops.