I Made Notes About That Thing from Two Summers Ago

I Still Know What You Did Last Summer

As I noted on my review of the original I Know What You Did Last Summer, that slasher film is a hard one to truly enjoy. While Scream crafted a new take on the slasher genre, I Know What You Did... lacked the style of substance of that 1996 meta-flick. Hell, I Know... lacked much of what made even the classic Slasher films enjoyable, including good kills, decent gore, or even nudity, likable characters, or anything to really make it stand out. It was just a bog-standard slasher film with above average actors, but because the Slasher genre was in something of a Renaissance, it managed to make decent bank at the Box Office. 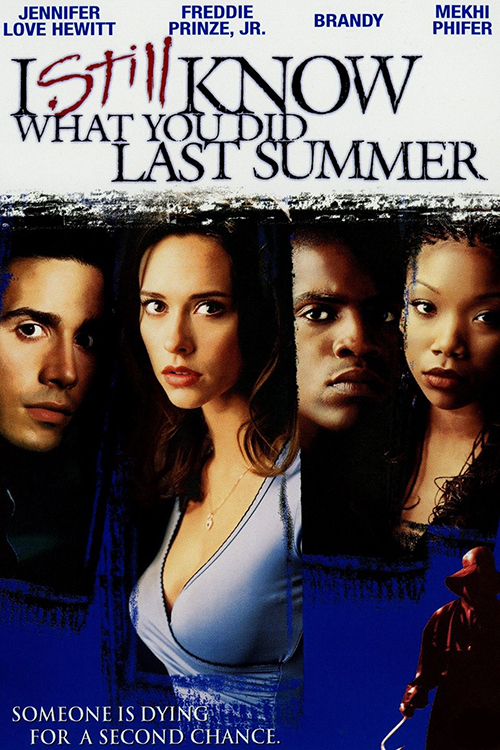 Naturally, with a "hit" on their hands, studio Columbia Pictures rushed a sequel out the door immediately. Picking up exactly one year after the original flick (which, if we're being pedantic, means everything that started this killing spree is now two summers old), I Still Know What You Did Last Summer find Julie (Jennifer Love Hewitt) struggling to recover from the events of one year ago. She can't sleep, constantly has terrible dreams, and keeps expecting the evil fisherman (Muse Watson) to come leaping out from every corner to kill her. Her relationship with Ray (Freddie Prinze, Jr.) is on the rocks because she can't get over her fear, and it seems like her entire life is going to fall apart at any moment.

The one bright spot in her life is her new best friend, Karla (Brandy), the one person that's always there for her. When Karla wins a vacation to the Bahamas, correctly guessing the capitol of Brazil as Rio de Janeiro (we'll get back to this) in a radio contest, Karla picks Julie along with her boyfriend Tyrell (Mekhi Phifer) and their friend Will (Matthew Settle) to go on the trip together. It's a long weekend of fun in the sun... except for the fact that the trip isn't what it seems, especially when people start turning up dead. Somehow the fisherman is back and Julie and her friends are going to have to figure out how to escape the island resort before the killer comes for them all.

The original film ended with something of a cliffhanger in that the killer, Ben Willis (Watson), seemingly drowned but his body was never found. Then, in the last moments, the film pulled a twist ending by having it seem that the fisherman had survived and came for Julie. The new film plays it off as a dream sequence, one of many Julie suffers from as part of her survivor PTSD, but it does mean that the film is constantly straining to get us to invest in this film. How much of this is real and can Julie be trusted or is she an unreliable narrator? It's obvious what's real and fake, of course, but the fact that no one around Julie trusts her is the issue -- sometimes the movies is screwing with her, other times it's not in her head, but the film never commits and it gets tedious after a while as everyone constantly doubts her no matter what we, through Julie's eyes, actually sees.

There is a way the film could have played it off: if Julie had actually been the killer this time around. Suffering all the bad things from the previous year, this time around Julie has gone round the bend, seeing things and thinking the fisherman is back. In reality, though, she would have been the killer and would just have externalized what she was doing as some "other", playing both sides as the Final Girl and the killer all at once. That would have been an interesting story, for sure, and much better than this bog-standard retread of a bog-standard Slasher film. 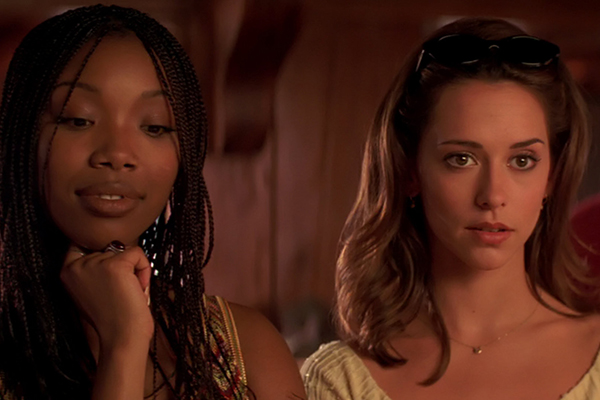 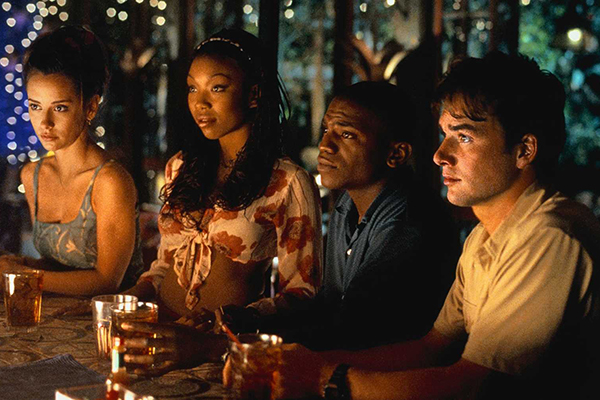 I will at least credit the film with putting the characters in a different locale and giving us a slightly different setup to everything. This isn't yet another return home so the killer can stalk all his victims all over again. The setup is slightly different, the characters are new, and there's a fair bit of color in the early going from a solid selection of character actors (Jeffery Combs, Jack Black, Jennifer Esposito, Bill Cobbs) to make this feel like a real movie. Sadly, once the film actually gets to the killing, that's when everything falls apart.

The issue with I Still Know... is that it doesn't really understand how to stage a good Slasher killing. Part of the problem is the fact that it's absolutely dedicated to having every kill come from the fisherman's hook. It's like the adage about "when all you have is a hammer..." applied to a series of murders, and while the hook is a scary implement on it's own it doesn't lead to a lot of creative choices. Find a victim, slash them with the hook, then move on to the next victim, over and over.

One way the film could have spiced this up was by really showing the killings and upping the gore. Sadly, for whatever reason, this film is a pretty bloodless affair when it comes to the actual slashing deed. More often than not the camera cuts away right at the moment of death, showing a splattering of blood instead of the actual grisly deed. The times it does show a killing it uses bad CGI to handle it instead of solid prosthetics, leaving the killing feeling airless right when they should have their best impact. The murders, in short, just don't work.

If only the film were capable of generating any kind of fear. There are ways that less gory horror films can make the stalking, the lead up to the action, the scariest part of the whole affair. Hell, the stalking is as important as the killing in these movies because you need the build up to the release. But I Still Know... doesn't understand that, instead choosing to have the killer, more often than not, show up out of the blue right before he kills someone. There's no build up, there's no scare, it's just slice (off camera) and move on. The film just lacks the energy needed to support a Slasher story. 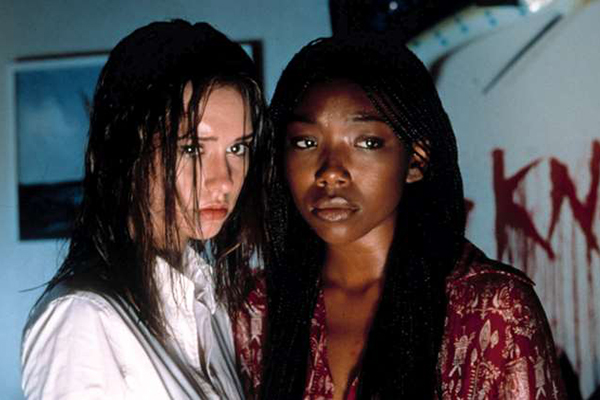 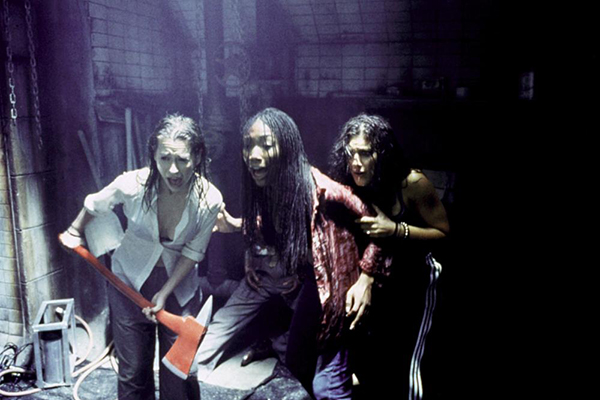 The actors, to their credit, try to sell the material as best as they can. Hewitt is better here than she was in the first film, and Prinze, Jr., too, seems to have settled much more into this roll, handling the drama along with the relationship moments with equal aplomb. Brandy and Phifer, the new additions to the cast, are also solid, although in their case these are two fantastic actors who had already proven their chops before taking roles in this mid-level horror fare. Plus, off course, when you have actors like Combs in the cast (who absolutely relishes being a dick hotel manager in this movie) you're going to have fantastic acting. It goes without saying.

The film does have a few late game twists that at least keep the action humming along. And, as I note, the whole premise is predicated on the characters being too stupid to realize they've been duped (if you knew the capitol is Brasilia and not Rio you're smarter than these college students). I like that the film is smart enough to lay out its case and then play it cool as the dumb co-eds walk right into a trap. If only the actual grisly meat of the movie had the same intelligence as the setup and the twists. Then this film could have actually been a winner.

I don't think the flaws of the movie are with the cast or the script. It all comes down to bad direction from industry hack Danny Cannon. This is the guy that directed the terrible Judge Dread three years earlier and who has spent most of his career doing episodes of TV. He clearly was not up to the task of filming a solid, scary horror film and it shows. This film needed a good director at the helm, someone that understood how to get the most out of a Slasher film. Then, maybe, I Still Know What You Did Last Summer could have risen above not only it's own mediocrity but also proved to be better than the original. Instead, it fails to bring life to its story or its characters and eventually falls apart from sheer tedium. Such a waste.

Being the friend of a bad boyfriend? That really shouldn't count, but gets our first victim sent out to pasture, so...

After being rude to Julie over the phone, Ray decides to make it up to her by driving all night and surprising her at her place. Except, the Fisherman stages a fake car crash and uses this as an opportunity to attack Ray. Ray escapes, but his friend, Dave (John Hawkes), get a fish hook through the mouth and dies.

Nine. Dave, plus six resort employees, one of Julie's friends, and one of the killers.