The Wizarding World Prepares for War

This is it, the first part of the final story in the Harry PotterFirst released as a series of books (starting in the UK before moving worldwide), the Harry Potter series gained great acclaim before even becoming a series of successful movies. Now encompassing books, films, a prequel series, and a successful two-part play, the series even now shows no end in sight. saga. I've consistently been impressed with how this series has managed to never have as "middle movie", a film that exists solely to set up pieces for future films without a whole lot of forward progress of its own. As an example, The Matrix Reloaded is a middle movie that sets a lot of pieces in motion for the grand story, but all of it setup to pay off in the final film. Before Deathly Hallows, Part 1, the Harry Potter series managed to avoid that issue. This film, though, does not. 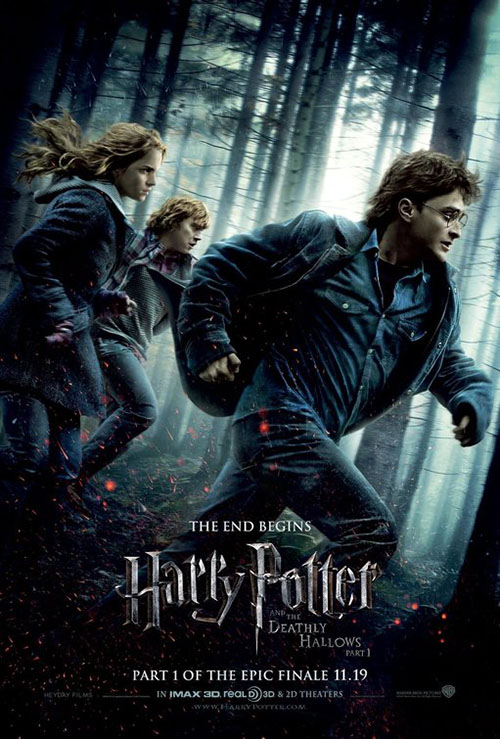 The reason for that is pretty obvious: the previous movies in the series each adapted a single book from the original Potter run, and each book was designed as a single, self-contained story. Sure, it was all building to a final confrontation between Harry and the Dark Lord Voldemort, and small pieces were setup here or there to continue through the run, the novels also each told their own stories, their own adventures with beginnings, middles, and ends. Book seven, Harry Potter and the Deathly Hallows, has the same design (as well as being the final volume in the run). It's filmic adaptation, though, was split into two parts, and there was every risk the first of the two halves would be all setup.

In Harry Potter and the Deathly Hallows, Part 1, our three heroes -- Harry Potter (Daniel Radcliffe), Hermoine Granger (Emma Watson), and Ron Weasley (Rupert Grint) -- skip going back to Hogwarts, their school and home for the last six years. They know the school will be too dangerous for them (and soon enough that fact is proven when all three are declared wanted criminals by the Voldemort-controlled ministry of magic), so the bail and head out across the countryside. They have a mission, one given to them by (now deceased) Headmaster Dumbledore: find Voldemort's remaining, hidden horcruxes (devices that artificially extend the Dark Lord's life and make him effectively immortal) and destroy them. All they've have to do is avoid getting caught by the evil wizards in the process.

While that mission is great in theory, the problem with Deathly Hallows, Part 1 is just how little of consequence actually happens in the movie. When the movie starts, two horcruxes have already been destroyed (Harry killed Tom Riddle's journal in Chamber of Secrets while Dumbledore took care of Riddle's mother's ring off screen in Half-Blood Prince), and the heroes on on the trail of a third one. That leaves four other to discover, as well as a way to destroy it. On the latter front, hermoine at least things the magical sword of Godrick Griffindor (last seen in movie two) should do the trick... if only they could find it.

By the end of Part 1, the heroes are only slightly closer to their goal. One more horcrux has been found, a pendant, and then later destroyed when the heroes magically stumble on the sword which is just sitting at the bottom of a pond like it's no big deal. Sure, they get the sword, and use the sword, and that's great, but the heroes really didn't earn it. Plus, they're still four horcruxes down by the end of the flick with no clue where to find in. Essentially the pieces on the board that is The Deathly Hallows move around a bunch but very little actually gets accomplished. 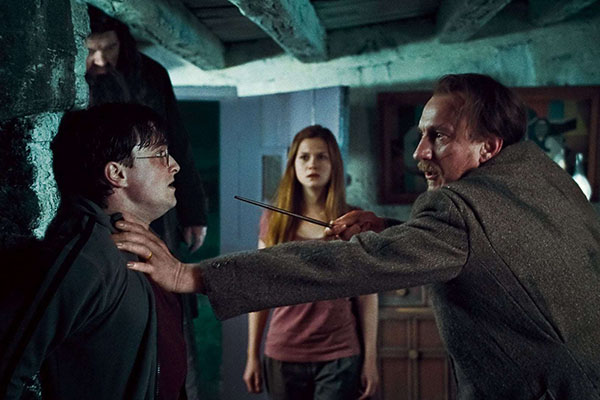 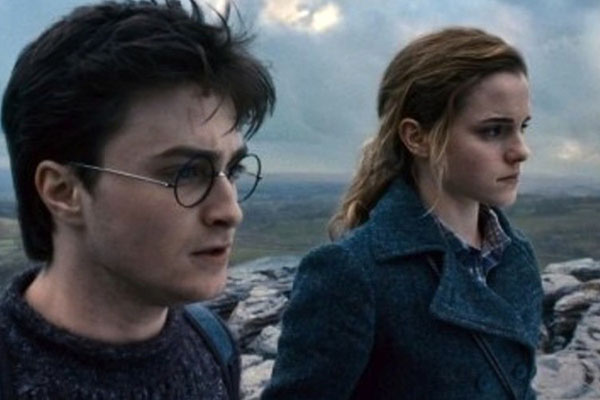 It's hard to shake the feeling that this movie really didn't needs to get split up into two halves, at least not the way it was done here. The movie front-load all the running around and ineffectual searching; this may be realistic for the situation the characters are in but it isn't thrilling to watch. Deathly Hallows, Part 1 is all setup -- how to find the horcruxes, how to destroy them, what the "Deathly Hallows" really are -- without any real movement to answer those issues. it just a lot of long shots of Harry and his two best friends hanging out, discussing what to do.

A different version of this story, one with more characters from the previous films involved, could have worked. If, say, more students from Hogwarts went on the run with Harry and Co. to aid them in their quest then they could have broken up into teams and had planning sessions, concurrent search missions, and a lot of inter-cut storytelling. That might have been engaging for the front half of a two-part movie. Of course, that wasn't going to happen since that wasn't in the books and while the movies are willing to shift some elements around and adjust how things happen slightly, they never create new situations whole-cloth. Harry, Ron, and hermoine go on the run on their own in the book, so that has to happen here.

How, then, do you save this half of the story? Well, ideally you smush it into the back half and condense it all into one movie. It might have been a three-hour epic, to be sure, but that still seems better than a film stretched over five-hours in two parts with one half that doesn't really accomplish anything. The events of this film could easily have been pared down to forty-five minutes or so and added to Part 2 without it being a big deal.

Of course, Warner Bros. really wanted to squeak every dollar they could out of this franchise before the money train died. Deathly Hallows was the last book in the franchise, they last work in the Wizarding World of Harry Potter the studio could adapt until J.K. Rowling wrote something else for them (such as the recently started Fantastic Beasts prequel series). Desperate to have just a little longer with the franchise, splitting the last epic tome into two halves made perfect financial sense. It's the same reason why both the Twilight and Hunger Games franchises also ended with two-part finales; it's just part of the YA adaptation formula, and for a while audiences turned up for it. 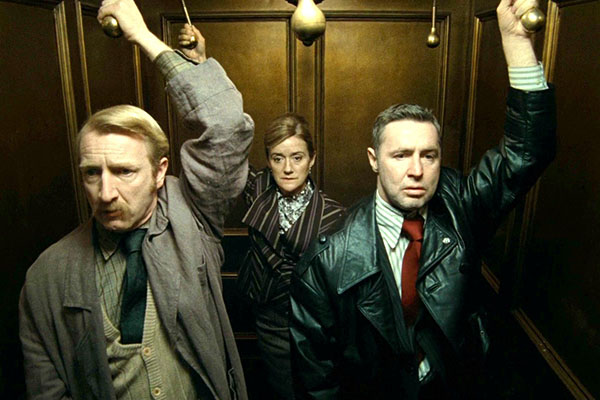 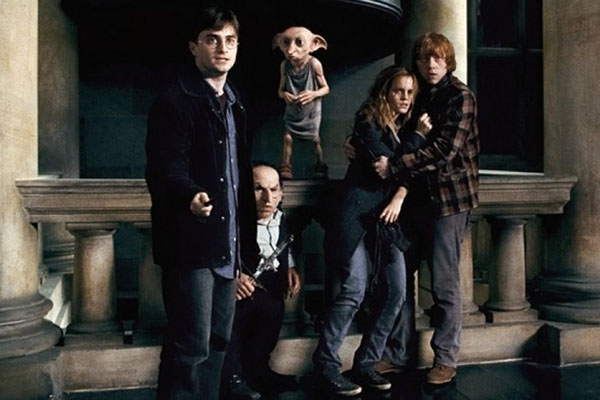 But a decision that makes financial sense doesn't necessarily also make for a good movie. Harry Potter and the Deathly Hallows, Part 1 is a perfectly well acted, well directed, well created movie but it has a vacant hole at the middle: the story just isn't there. It made money at the Box Office, to be sure, but nothing within the plot of the movie justifies its own existence.

It's funny, really, because there was at least one movie, Harry Potter and the Goblet of Fire, that could have benefited from being releases as an "Extended Edition" or a two-part film. Deathly Hallows just didn't have that same need.

Thankfully, as I remember it, all the really good bits of the story are in the back half. One movie is left in this series, and we'll finally get to see the epic conclusion to this seven-book, eight-movie saga...