Year 5: Harry Potter and the Order of the Phoenix

With the last movie, Voldemort -- Harry's arch-nemesis -- finally returned. He wasn't just a ghost from a journal, or one man's goiter, but a real being, brought back into the flesh from the blood of Harry himself. That means the threat of war with the dark mages is real, right? Now's the time for an epic tale of good versus evil and war spills onto the streets. 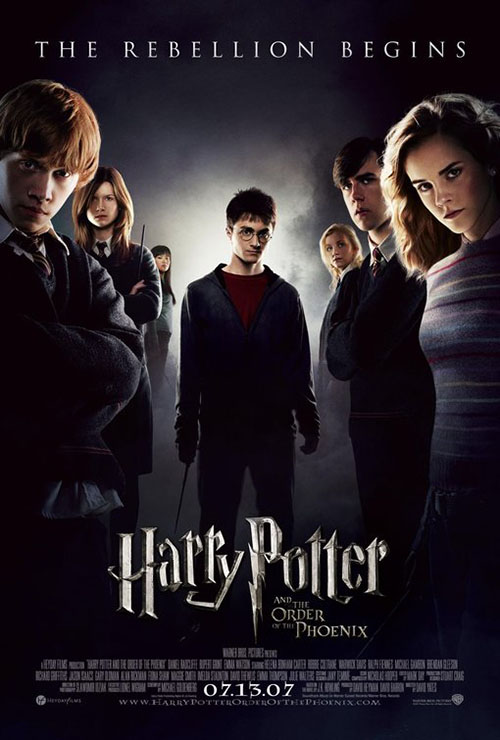 Well, no, not really. The Harry PotterFirst released as a series of books (starting in the UK before moving worldwide), the Harry Potter series gained great acclaim before even becoming a series of successful movies. Now encompassing books, films, a prequel series, and a successful two-part play, the series even now shows no end in sight. series is all about following these students through their school years, from pre-teen to adulthood, so the meat of the stories has to happen at Hogwarts, the wizarding school. And with two more stories in the run past this title, the series kind of had to fill for time. If there's anything that holds this story (in movie or book form) back it's the simple fact that we know a war between good and evil has started, but instead of getting to the good bits, we just get a lot of table setting.

In Harry Potter and the Order of the Phoenix, Harry (Daniel Radcliffe) just wants to join the fight against Voldemort. He knows the dark lord is real, he's seen the evil first hand, and he knows that, when it finally comes down to it, the last battle is going to be between Harry and Voldie. The rest of the ragtag group (the eight or so members of the secret order devoted to taking out the Dark Lord), though, feel that Harry is too young, that he should be shielded from the fight. Well, except for Sirius Black (Gary Oldman), Harry's godfather (because Sirius is awesome).

So, instead, Harry is once again packed off to school to study for another year. Things take a turn, though, when the Ministry of Magic (who, it should be noted, think harry is lying and that the Dark Lord hasn't actually come back) sends a new Defense Against the Dark Arts teacher, Dolores Umbrage (Imelda Staunton), a spy for the Ministry that's there to control Hogwarts and report on the activities there. She uses her power with an (dainty pink) iron fist, effectively making the school into a dictatorship, with her at the top. Fake news runs rampant (in a rather prescient turn of future-looking writing), and soon the students are plotting in secret to learn magic for themselves so they're ready to fight even if the Ministry won't back them. War is coming, and the students have to get ready.

This story does a lot to play with the conventions of the series so far, and it does so to great effect. Of course there's a new Defense Against the Dark Arts teacher, and we're immediately wondering how she could be evil, what's she's really up to. Dolores is a caricature, less a person than a collection of malicious ticks wrapped up in pink and lace. If she were someone we were supposed to like she's be a terrible person. Instead, though, she's someone we're supposed to instantly hate, and she's perfect for that role. Clearly whoever is going to teach Defense Against the Dark Arts is only going to last a year (that's the trope in this series), so we feel justified hating her, and when she inevitably meets a nasty fate, we feel nothing but joy. 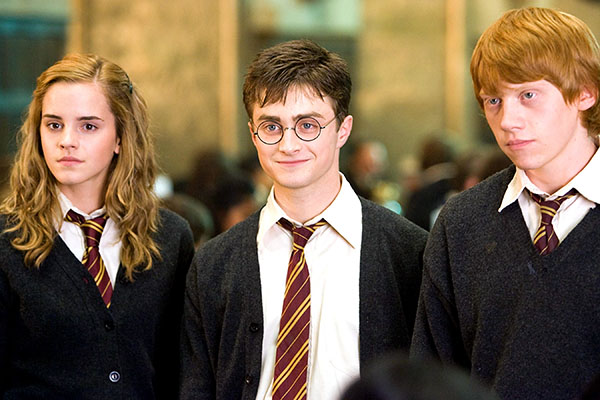 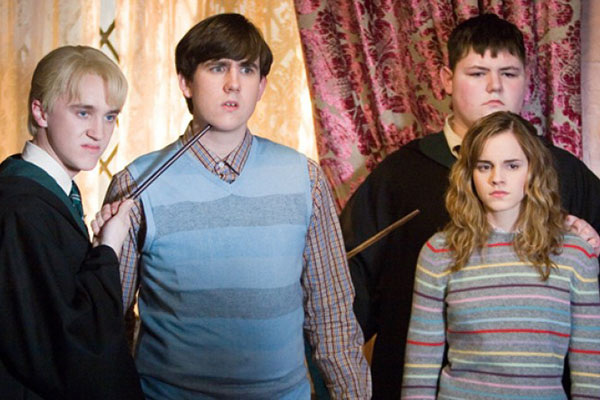 Although Dolores is a hideous person, what I appreciate about her character is the fact that she's not aligned, in any way, with Voldemort. She serves the Ministry and she truly believes that every new rule she puts in place, everything that she does to control the student body, is somehow in their best interest. She ends up serving Voldemort's needs, but never because she means to. I like the inversion of the evil characters and it makes the world of Harry Potter feel a little more shaded, more realistic. Evil can take many forms and it doesn't always have to be in services of Voldemort.

But looked at from another way, Dolores isn't really the Defense Against the Dark Arts teacher; Harry is. Quickly in the movie, once it's realized that Dolores has no interest in teaching practical magic (because she doesn't want to give Dumbledore, who the Ministry now mistrusts, a ready-made army of trained wizards), the students ask Harry to teach them instead. Harry has been through some shit over the course of the last few movies, and he's picked up a number of skills and spells. Honestly, considering how little the other teachers have taught any student not named "Harry", having Mr. Potter teach the students what to do makes a lot of sense. Hell, he's honestly as better teacher than anyone else in the series, another amusing little twist on the series.

What's really strange to me, though, is that Voldemort is largely inconsequential to this story. Sure he shows up at the end, causes a ruckus and kills a couple of beloved characters (just in case you haven't read or watched these stories before, I won't spoil what happens until the review for the next movie), but if you removed the end section from the movie, we'd have a story about the students fighting against the government, a kind of inversion of the "slobs vs. snobs" stories of so many college films. Or you can look at it as a "fight the system" story, with the underprivileged rising up to tear down the oppressors. Whatever version of the story you take, though, what this movie really isn't concerned with is Voldemort in any direct way. Umbrage is the villain here, and the Dark Lord can wander the world elsewhere because we have other things to focus on.

This movie is weird, really. It's a transitional flick between the youthful fun of the first years and the epic battle to come. The students are no longer concerned with classes and hanging out, but they aren't quite ready to rise up and fight on their own. And, most ironically, they spend the least amount of time in actually classes here and yet have to most active time in actual schooling. For a movie that's very certainly "Harry Potter", it's the least traditional of the stories. 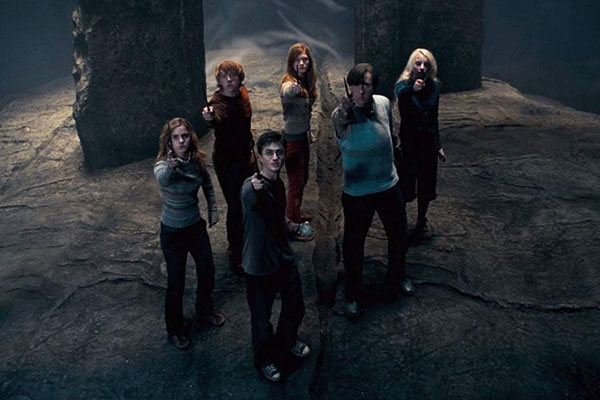 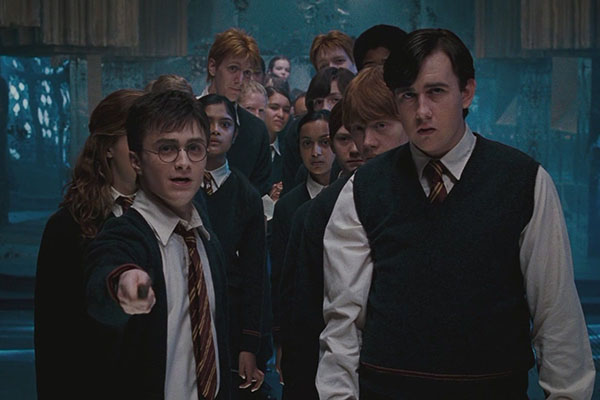 Maybe that's why I liked this film as much as I did. It's a good, solid movie with a very focused story. It has a villain you can hate, a group of heroes making a purpose journey of growth, and a satisfying conclusion to it's main arc. Sure, the last 15 minutes or so feel a little tacked on, especially since the real villain, Umbrage, is dispatched before the climax. Of course, Voldemort has to make an appearance and we have to setup the next flick -- those scenes matter for the faithful. I personally liked the movie better up to that point and kind of wished it would have ended right before the end.

Plus, then a character I really liked wouldn't be dead and we wouldn't all be sad. Maybe they'll come back as a Force ghost in the next movie. They have those in this series, right?