Let's Fix Some Elections... Wait, That Came Out Wrong

I've seen a lot of people Online discussing this last election cycle, the U.S. Mid-terms, and talking about all the ways the U.S. does it wrong. Of course, many of them were grousing about how third parties aren't treated fairly, how the Electoral College is outdated, and how it's unfair that states with smaller populations (i.e., Republican-controlled states in the South, Midwest, and West) get a much greater say in the running of the government than larger-population states (i.e., the Coasts), granting them a larger share of Electoral Votes and Senators for their smaller population. While those are problems we could discuss, that's not going to be the focus on this article. The distribution of Senators and Electoral Votes is baked into the U.S. Constitution, and changing these two systems would require an Amendment, which would need a bunch of Republican Senators to vote for it, something that's unlikely since it would be removing their own power. 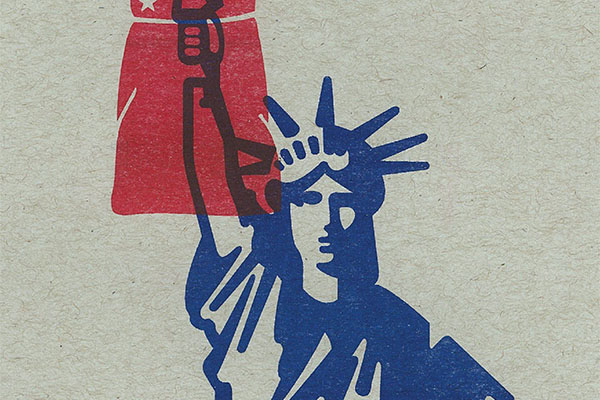 Instead let's look at some common-sense solutions the U.S. Federal Government could put into place now (or, at least, once the Presidential administration changes, since I'm not expecting the current administration and batch of Senators to care). These would essentially standardize all elections across the U.S., from local dogcatcher all the way up to President, and ensure that all citizens, no matter location or past voting experience, can vote. Yes, this would require a Constitutional Amendment as it would be taking presumed rights away from the states and putting them in the hands of the Federal Government. This is allowed, as the Federal Government is allowed to reassess and make recommendations and requirements for any power the States control. The States would still be in control of their elections, and if they wanted to make any of the standards even better they could, but they would be required to meet these minimum standards for all elections everywhere.

As a bonus, these new standards would likely give the third parties better representation in elections. Whether or not they were able to get enough votes to regularly get elected is a different question. What it would fix is the assumption that a vote for a third party is a vote thrown away.

So what does this accomplish? One, it ensures that anyone that is a legal U.S. citizen who wants to vote can do so. It removes many of the burdens some states have put in place to block voters from voting (in the name of "in-person voter fraud", something that almost never happens, no matter what some politicians may say). If you want to exercise your Constitutional right to vote, no one should be allowed to prevent that.

Obviously this doesn't solve every issue -- we still need to have a long conversation about Electoral Votes, for instance. But by fixing these issues we can count these as "solved" and then go on to tackle bigger issues facing elections in this country.