As everyone in the U.S. should be aware (and just about everyone else worldwide is as well), there's an election November 6, 2018 in the United States. This is a "mid-term" election because it happens right in the middle of a presidential term (which, as I'm sure you know, are four years long). Traditionally, mid-terms are bad for Democrats -- the demographics that make up the Democratic party, for one reason or another, have problems getting out to vote in elections if the Office of the President isn't on the line. Invariably, then, the Republicans do better in the mid-terms than Democrats largely because of this voter antipathy from the base -- Republicans are consistent voters, Democrats are not. 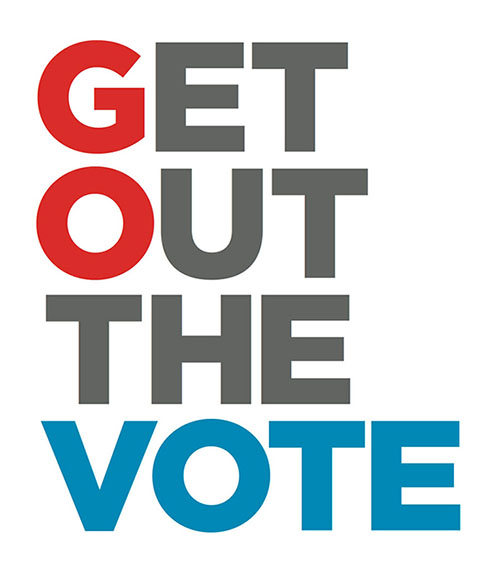 Why is this? Well, you can probably find dozens of stories about the reasoning why, and I'm not here to say which ones are more or less right than the others. I'm a dude that writes movie reviews Online (along with a web comic and making dick-and-fart jokes about Castlevania), not a political scientist, so I can only see the reasoning of people in my extended social circle to use as a basis for my opinion. That opinion, though, isn't that far off from the truth -- people my age or younger (that key 39-and-under demographic) just can't seem to care about voting, and it's because they feel like their vote doesn't matter.

Naturally, I think that's idiotic, and not just because I'm a life-long voter who's participated in every election I could since the moment I turned 18. I've never understood the idea that voting is hard, or that there's no point to it -- if my 18-year-old ass could get up and go to a polling station to cast a ballot when I had so many other things I could have done instead (like watching movies or playing video games) then it can't really be that hard to vote.

But the opinion that someone a vote doesn't matter is even worse. It boils the entire U.S. Election System down to a one-on-one fight between two people vying for the top office of the land. That's not how elections work in this country, though. When you vote, your ballot is for more than one person; it's not just the president you're voting for in a main election year but other federal offices (Senators and Representatives), as well as state legislators, judges, district attorneys, school board members, and so on. Skipping out on an election means you waste every single vote you could have cast for each and every one of those people, many of which are going to have a greater impact on your lives when they take office because they're local to you. The president may seem important, but he doesn't affect your local tax rate, doesn't make deals with companies that control your utilities, isn't going to be in court with you if you have to contest a ticket.

When people say "both politicians are the same so why bother?" what they're really saying is that they can't be bothered to engage with politics are a local level and want to find any excuse to shirk the one civic duty every U.S. is given. Saying "all of them are the same" also reduces them down to talking points. Every time you hear a politician say something for the masses, maybe a half-truth or an out-right lie, it's because no one votes to stop them. They're preaching to their base and by not voting you're saying, "well they're going to lie no matter what, so why bother?"

The argument, at the end of the day, is that most people don't think their vote matters. Sure, if the Presidential election were a one-on-one contest and the person with the most votes won, that would be true. But the 2016 presidential election was decided by a few thousand votes in three states. If a few thousand more people had vote, those people that said "my vote doesn't matter", that election could have shifted in the other direction. And when you consider that local elections are won or lost by handfuls of votes (often under a hundred either way), your vote is suddenly worth a lot more than you give it credit for.

I'm not urging you to vote for one side or the other. While I'm sure if you've read enough of this site you can tell which way I lean, my goal here is not to influence you to vote for either the Red or Blue team. While I'd certainly like to have the kind of power to sway people's minds about which party is better, I'm more interested in just getting people to polling stations. I want you to go there and vote for each of the people running. Don't know who they are? Look it up. Do research. Actually take five minutes when you're standing in line to see who you're going to vote for and what they stand for. Most politicians have websites so you can easily see what their platforms are. Plus, there are a number of sites that will aggregate that kind of data to give you easy charts of where politicians stand. Do a simple search and you can find information relevant to you in the time it'd take to make a post on social media about how, "I just don't know who to vote for so why bother?"

This is a rule that's just as important for U.S. citizens as those in the rest of the world. bear in mind that may people who voted for the Brexit resolution then came out and said that they wished they hadn't because they didn't realize what they were really voting for. They went, they said "yes" and then only learned afterwards what it meant, all because they didn't do five minutes of due diligence. Take a second, find out who is running, and see if you can support them. Guaranteed you can find at least one person you can stand to see in office (even if it's for dog-catcher).

And if, after researching all of them you still decide that "all politicians are the same" and "my vote doesn't matter", I then have to ask you one question: Why do you even bother living in a democracy? The whole point of a democracy (representative republic or not, as we have in this country) is that the citizens determine who should be in power. If you don't vote you've just stated you don't care, across the board, who rules your life. You've abdicated the vote and if you end up with a tyrant afterwards, that's on you.