Death in the City 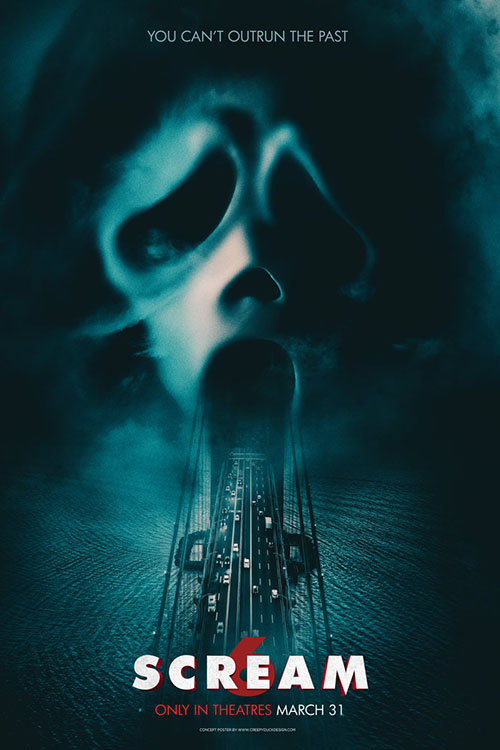 But then, curiously, 2022's Scream brought the franchise back to life. It wasn't perfect, with some characters that were a little too thin and some kills that could have been more interesting. What worked, though, was its respect to the fidelity of the series: meta-commentary, humor, and scares. The film brought all of that, making itself the first truly worthy flick in the series since the original Scream.

The production team is back, from directors Matt Bettinelli-Olpin and Tyler Gillett to writers James Vanderbilt and Guy Busick, along with most of the cast of survivors from the previous film (minus notable exception Neve Campbell), meaning this sequel could potentially have the same energy and verve as the previous film. With that said, the new teaser trailer doesn't really do the flick any favors.

To be fair, teaser trailers don't tend to do more than sell a mood. By its nature a teaser has to tease; this isn't meant to inform viewers of the major plot beats, instead simply letting them know, "hey, pencil in a new Scream because one is coming." As long as the teaser can get people pumped on the idea of a new entry in the franchise then it's done its job. That's the part, though, that I think the teaser has failed on. I am not sufficiently pumped.

What we see in the teaser is our survivors -- Melissa Barrera as Sam Carpenter, Jenna Ortega as Tara Carpenter, and Jasmin Savoy Brown as Mindy Meeks-Martin -- on a subway train in New York City. Things seem fine until they spy someone in a Ghostface mask watching them. Presuming it's Halloween (we see other people in costumes, and no one seems to think anything of a dude in a Ghostface mask being creepy), the only thing really scary is the connection between that mask and our heroines. And then suddenly he starts coming closer, and then presumably kills Mindy Meeks-Martin before the teaser ends. It's not much, really.

Here are the issues I have. For one, despite her connecting to Randy Meeks, the geek fun side character from the first film, Jasmin didn't really get much to do in the previous film. She's basically glorified fodder, one just running through the same lines Randy did without nearly the charisma. I blame the script and the directors more than Savoy Brown, but that doesn't help her character feel essential. Having her be the one to (we would guess) eat it on a train car only serves to strengthen the plot armor surrounding the Carpenter girls, who are our current Final Girls. 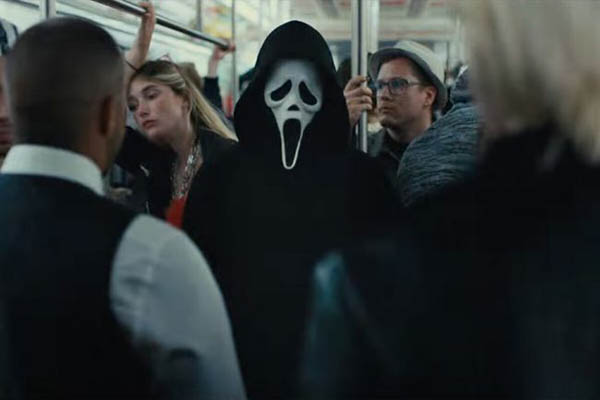 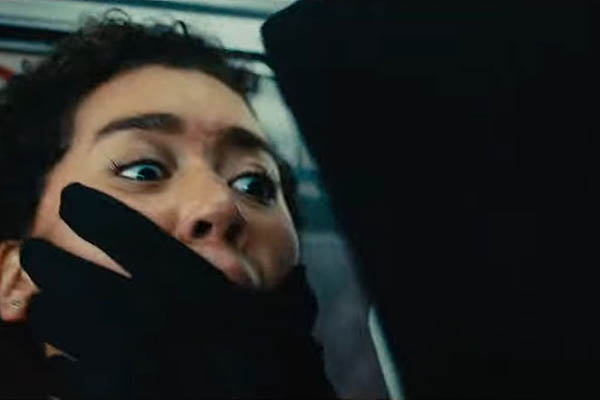 Bear in mind that with Campbell out of the picture, taking Sydney Prescott with her, the Carpenter girls have to survive because if they die there is no franchise after this. It's either keep the Carpenters going for a few more films or somehow bring Sydney back, but the latter is unlikely. You know the new heroines will survive but we don't need a teaser trailer only solidifying that. It ruins the potential scares of the film.

Beyond that, though, the teaser commits a cardinal sin of actually showing a kill. Sure, maybe it's all feint and hand-waving and Mindy's character actually survives. If she actually does die, on this train car, in the movie though then the whole kill setup is ruined. This scene now has no thrill to it because we already know what's about to occur. Trailers should only ever hint at the kills to come -- a slash, a cut to black, a scream -- without actually showing the confrontation. By showing it you nullify its impact early and its hard to get that back. This was a bad move.

And while I know it's a teaser trailer, the ad could have given us a little more to go on than just one scene on a train. We don't get a feel for the characters again, and we aren't reminded why we liked them and we want to come back to see them avoid death (or not) all over again. This is the first time we're seeing anything about Scream VI and the film is never going to be able to reclaim that first impression again. It wastes its moment on an under-baked scene.

I don't know how many fans the Scream series really has. The previous film did decently well, scoring $140 Mil off a $20 budget, which amounts to the catering budget for a high-profile MCU production, but that's solid for a Slasher flick. I have to think there's enough clout to get asses in seats based on name recognition alone. But if there isn't, and the movie really does have to sell itself, it needs to do better than this teaser. This thing sucked.