As a NintendoSince 1983 (with the release of the Famicom gaming system in Japan), Nintendo has proven to be a gaming company dedicated to finding what gamers want, even when the gamers don't know it themselves. From dual-screen systems, to motion controls, to convertible home console/portable consoles, Nintendo regularly proves that the weirdest innovation is exactly what the gaming community needs.fan I have to admit that there's a pretty clear point where the Big N was on the ropes, not sure just what gamers wanted. They'd had grand success revitalizing the gaming industry with the Nintendo Entertainment System, launched the most successful portable for nearly two decades, the Nintendo Game Boy, and eventually defeated Sega in the 16-bit console war with their Super Nintendo Entertainment System. For two console generations their name meant video gaming. 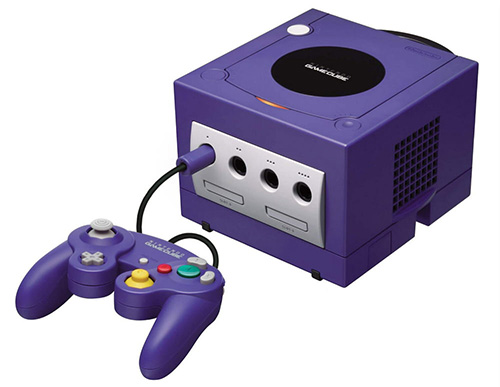 And then along came Sony. As we've mentioned, Sony's rise to video game prominence on the back of their PlayStation is entirely Nintendo's fault. Maybe Sony would have become a power player on their own, maybe not, but because they got screwed over by Nintendo when they were developing a "Play Station" CD add on for the SNES, they absolutely made their own console to spite Nintendo. And then they became the biggest player in the world. Their PlayStation handily beat the Nintendo 64 and suddenly Big N had to recalibrate. They'd wanted to stick to cartridges and the game developers hated that. They wanted to appeal to all ages while most gamers were growing up and going with more mature titles. In short, the Nintendo of the NES and SNES era was ill-equipped to handle these new generations of gaming.

Nintendo's GameCube, then, feels like a floundering half-measure to try to appease everyone. It's a disc-based system with its own propreitary discs (that were meant to make the system harder to pirate) with a candycoated exterior that made it look like a toy. Inside was a capable system that could run the same kinds of games as the PlayStation 2 and the new console from Microsoft, the Xbox, but due to Nintendo's own decisions it never rose above "also ran" status.

Not that everything Nintendo did with the console was bad. Its controller, for instance, was a gret recalibration away from the weird, three-pronged N64 controller. It had a lovely feel with buttons placed just where you wanted them. There were some oddities to the design, with the fur face buttons being in a non-standard configuration (something Nintendo would change on later consoles), but when it came to the grip in your hand, how the controller felt as you used it, the GameCube controller was perfect. There's a reason people still use it to play later iterations in the Smash Bros. franchise.

Hardware wise the console could keep up. There were plenty of games made for all three consoles and the general opinion was that Nintendo's ports were at the same level as the other two brands. Sure, nit-pickers could find things to grouse about (but then they do that for every port, saying that Sony's version is slightly better at this, Microsofts at that) but overall this console was capabale of doing what people wanted. It had the power, it could have the games, it just needed people to pay attention to it. 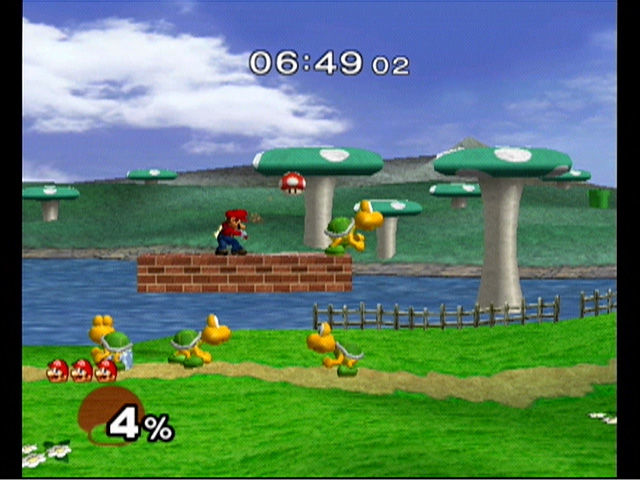 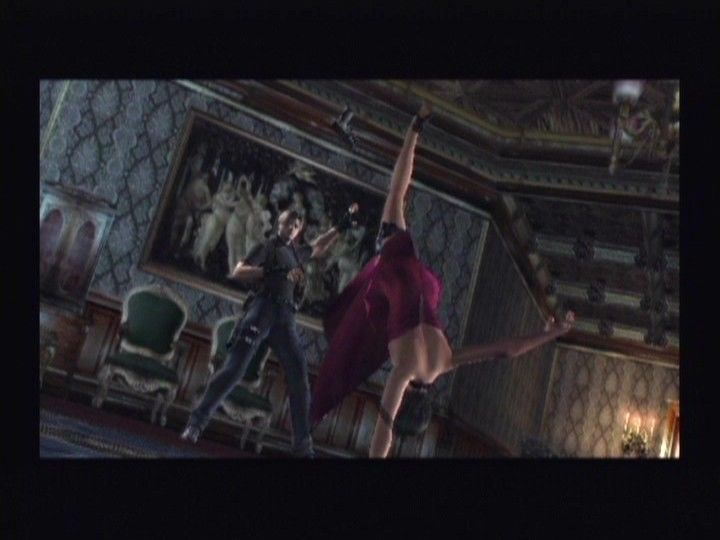 The fact was, though, that not enough people look at the little purple box with the big handle on the back and saw anything other than a toy. I think Nintendo was trying to make their console look different, to encourage people to take a second glance on it because it was "out there". The handle was meant to make the console easy to pick up and carry to a friend's house so you could get solide four-player action there. But it looked like a toy and "mature gamers" wanted their consoles to be hard, beefy, and masculine (well, some of them, anyway).

When it came to sales this generation, Nintendo was outclasses. Not only where the outsold by the Xbox, 21.75 Mil for Nintendo vs. 24 Mil from Microsoft, but they were both absolutely destroyed by Sony. The PlayStation 2 was an absolute monster, selling a whopping 155 Mil across its lifespan. It's one of the best selling (if not the absolute best selling) consoles of all time and no one else could compete. I guess Nintendo could take solace in the fact that at least their console didn't do as poorly as Sega's (clocking in at only 9.13 Mil units sold), but that must have felt like cold comfort.

It's tragic, actually, considering Nintendo did have some absolutely great games for their machine. Super Smash Bros. Melee took the original game and made every part of it better (it's still my favorite entry in the franchise). Resident Evil 4 showed just what the console was capable of delivering when Nintendo let mature titles on the platform. Hell, Nintendo's own Eternal Darkness proved even Big N could deliver an interesting survival horror game. These were titles that could reall put the console through its paces while showing off smooth graphics and animation.

For my money, though, the real system seller was Metroid Prime. On paper this was a game that shouldn't have worked: Metroid game play but put into a first person shooter. It was madeness to think about, but once you got the game into your hands it felt so natural. This GameCube release was easily the best successor to Super Metroid to date and set a high bar for what third-person shooters could be like going forward. Hell, it did well enough that despite Nintendo's tendence to wait years between entries, Metroid Prime 2 came out just a couple of years later also for the GameCube. This was a real banger. 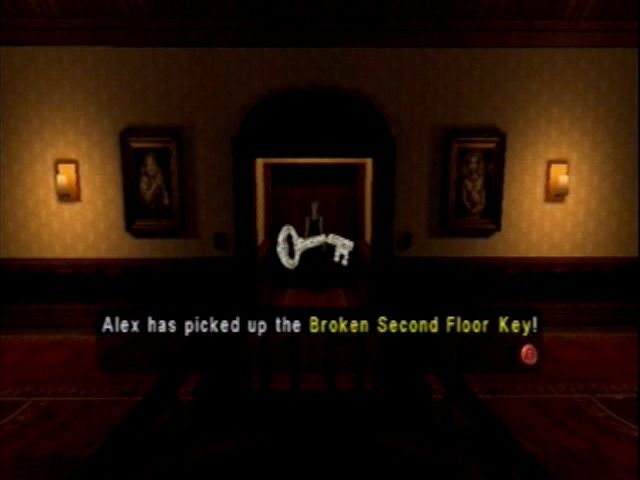 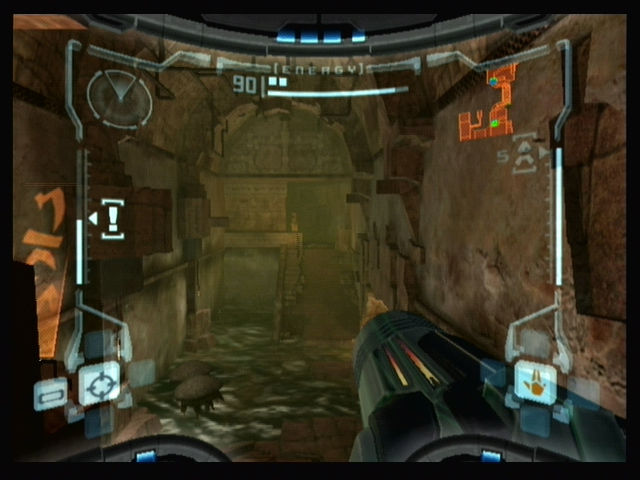 Nintendo fans, of course, ate these titles up (as well as so many others from the company). However, when you look at a list of the best games on the console a clear trend comes through: the majority came directly from Nintendo. Sure, you got some ports and exclusives from third-parties, but for every good game from another company there are five from Big N themselves. Clearly the support from other companies just wasn't there like it used to be, and you have to assume Nintendo knew it.

However, instead of recalibrating and trying to get back into the graces of the hardcore gaming community, Nintendo went another route. The GameCube was their attempt to compete at the same level as Sony and Microsoft and the lesson they learned was they shouldn't. Chasing the other two companies didn't play to Nintendo's strengths. If they wanted to be a powerhouse then they'd have to do it their own way.

And so they went hard into motion controls and created a follow-up console that redefined the market for Nintendo (and, in the process, gave them another chance to print money)...