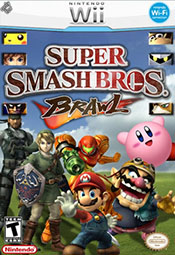 So apparently there will be a lot of games for the Wii and the DS that will lose their online play in the coming months. Nintendo has decided that a large portion of the "older" games -- some of which have no follow-up title yet (like Smash Bros. Brawl) and others that are still fairly new (like Pokemon Black 2 and White 2) -- are not worth supporting in online mode, so after the deadline, these games will be single-player only.

I know for a fair number of people out there this will be a travesty. Many of these games are sold on the power of their online modes (however crippled Nintendo and their damn friend codes may make them), and without the online mode, what's the point of playing the game. I can't say this particular instance affects me personally, since I hardly play my Wii or DS. Even when I did play it, it was simply for the single player modes (I sucked hard at Mario Kart Wii and felt no need to share that suckage with the rest of the world; meanwhile, I like play Smash Bros multi-player, but prefer the experience on my own couch when I can trash talk people to their faces).

Obviously, my experience with the games is just one of many, and I'm sure I'm in a minority with the amount of time I spent online with my Wii (none at all). That said, i can understand the lament over the loss. If, for instance, Borderlands or Diablo III XBox access was removed, I'd be sad to see games I love to play online go into the abyss never to be retrieved (at least I'll be able to system link them directly with a little bit of software, but that requires more effort than just connecting online). One day these games will lose their access, as Microsoft has already show it's willing to kill online play for its older systems.

Just look at what happened with the original XBox. MS eventually shut down online play for that system, and people kept their XBoxes online for months running online games of Halo 2 just so they could keep their games going. The party eventually ended, but for a while there online play remained for those committed to keeping it alive. Sooner or later the XBox 360 will meet the same fate, and all the games I like to play online with it will be gone. Sure, I'll still have single player, but a feature I use constantly will no longer be available.

Although at least I can take heart that my XBox will no longer show all the obnoxious ads on the front screen when that day comes.

Of course, looking out even further, plenty of PC gamers go through this all the time. Games spring up from various companies, each with their own credentials to log in, and once the game has gotten "old", the company provided the internet connection kills it to save money. For a lot of online games, the days of being able to directly connect to another player (or run your own online server) are a thing of the past. If you want to online play, you do it on EA's server, ActiBlizzard's server, Ubisoft's server (etc., etc.). Sure, in some cases you can find someone that's made a third party version of the connection software so you can play online after the fact, but that's not always the case (and it doesn't always work as well as the real thing).

And I feel especially bad for all the poor bastards playing MMOs. I had friends that played City of Heroes religiously (since its inception). That game bit the dust, and all that money and time they invested in it went with it. What do you do when you love a game that much and it has no single-player mode (and no way to keep the game going once the owners shut it down)?

It all comes back around to the single-player mode. When I buy a game, I buy it for how it'll play, just me and the game, when I'm on my couch. If it doesn't have a compelling single-player experience, I can't buy it. Online mode is great, and I make good use of it for many of my favorite titles, but I have to be able to look back on it five, ten, twenty years from now and go "yeah, i can play this for the single player".

This isn't just some pipe-dream concern either. I still own all my NES games, all my Game Boy games. I have most all of my Atari games (aside from three that I stupidly got rid of back before I had a second, working Atari). I'm pretty certain the Atari I own now is older than I am. If I still go back and play those games, you can bet I'll play any new title I'm buying now. And while I'd love to keep playing my newer games online, I (along with everyone else out there) will just have to accept that the only games I'll be able to go back to again and again are the online with single-player content.

Make me a great game and I'm there. Just don't cripple it by making it online-only.

Man... I wonder what it would be like to play Atari games with an online connection. I bet someone has already found a way to make that happen...