As a fan of the original River City Ransom I always lamented the fact that we never got a proper sequel to that game. Fighting games in general, and production company Technos in particular, moved away from a lot of the innovations of River City, embracing, instead, the direction the Double Dragon games went. Dudes on linear paths fighting waves of other dude, et al. 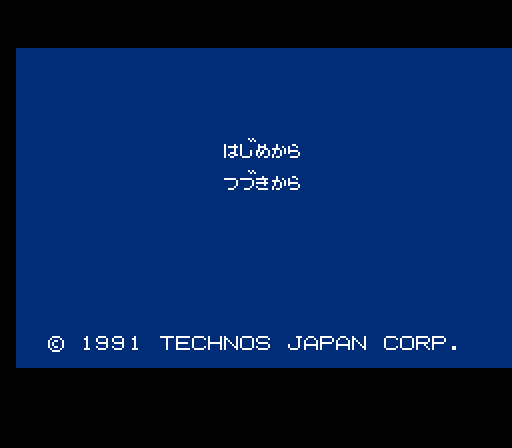 Of course, that was my American perspective at play as there were a number of games in the greater Kunio-kunStarting as a fighting game befoe spinning out in sports titles (and other adventures) of all shapes and sizes, the Kunio-kun series is one of the most diverse, and hilarious, to ever grace both sides of the Pacific. series that we, in the West, didn't see during the original NES era. We already covered one such title on this site, the first "Street Challenge" game in the series, Downtown Nekketsu March: Super Awesome Field Day, a game that could have come to the West with minimal effort but... didn't. Now, though, we have an even more impressive, and more important, game that failed to make it's way across the pond: Downtown Special Kunio-kun's Historical Period Drama!.

Historical Period Drama!, as we'll call it to save time, is, in essence, River City Ransom II. It's the same kind of game, made with the same kinds of mechanics at play, just with a new world to explore, new arenas to fight in, and new moves to earn and use. It is, in just about every way, an expanded River City Ransom in all the ways that matter. That's its greatest strength, mind you, but also one of its big weaknesses: the game does everything the first game did, just more, but the one thing it really seems to be lacking in innovation.

Don't get me wrong, if all you want is more River City Ransom then Historical Period Drama! delivers that in spades. The goal of the game is to take hero Kunio (and any one of his recruit-able companions) through the game, finding all the crime bosses and taking them down one by one. Do that and you'll save historically inaccurate Edo, earning the respect of your boss and (maybe) earning the love of a good woman. And so you head out to smack a lot of skulls and cause a lot of BARF!

If you've played the original River City Ransom then the basics of this game will seems very familiar. As your two heroes wander onto a screen they'll get confronted by some thugs. These thugs will come in waves, with new guys replacing the old ones as they get bested, each exploding in a delightful "ting" of dropped coins. Kill enough random dudes and the boss of that area will show up. They'll be bigger and tougher, and will drop more coins, but all it takes is a lot of kicking and punching to get them down and win the day. Then it's on to the next area to do it all again. 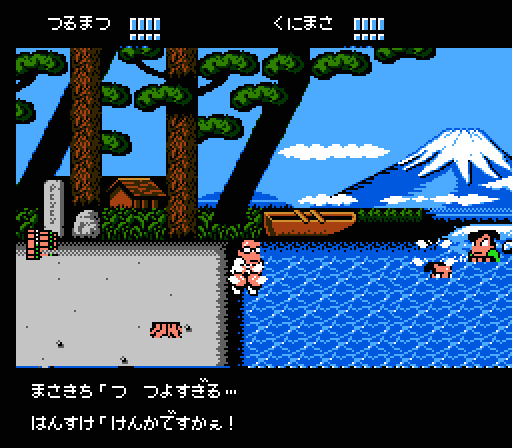 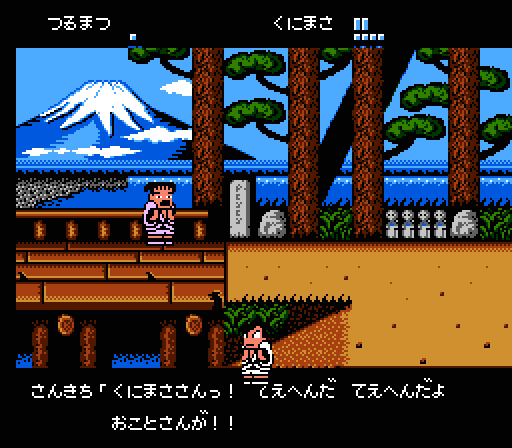 Along with walking around and beating the shit out of dudes our heroes will also venture into towns. Like in the first game, towns in Historical Period Drama! act as shopping malls and hubs for the world. In town you can buy techniques, grab healing items, and visit inns. The techniques are the most important part as there are a ton of moves to learn which will aid you in fighting the bad guys of the world. Master using these skills and you'll become an unstopped force against your foes.

One thing this game changes, for the better, is that the rapid-fire kick and punch which were so essential in the first game (once you bought them) are unlocked for free here. They are pretty weak, but the punches and kicks are good for stunning guys and getting them to a point where you can really wail on them. Even better, the rapid-attacks are joined by a rapid-fire weapon attack, and weapons are absolutely over-powered in this game, just like you'd want. I found that despite all the big techniques I could get all I really needed was the weapon tech, a good rock, and I could plow through most of the mobs, and bosses, in the game. No sweat required.

Like with the first game you can steadily upgrade your heroes over time. Where in the first game this as done via items your heroes ate and used, allowing you the chance to stack your stats quickly, this sequel has you earn your stats over time via combat. You can assign how points are earned, what forms you want to master, and then as you go and beat the BARF out of thugs your stats will increase. You'll get better, and stronger, and more capable, just like in a real RPG. It's great.

Another really nice change is in the level variety. One big issue with the original game was that, honestly, most fighting arenas were the same layout, one long hallway. Sure, there was one or two platforming challenges, but those were rare. Historical Period Drama! makes every arena more complex with multiple tiers, ramps, ledges, and other areas to scale. It can be very satisfying funneling guys into certain areas, pummeling them and then jumping away, making them give chase. That was fun. 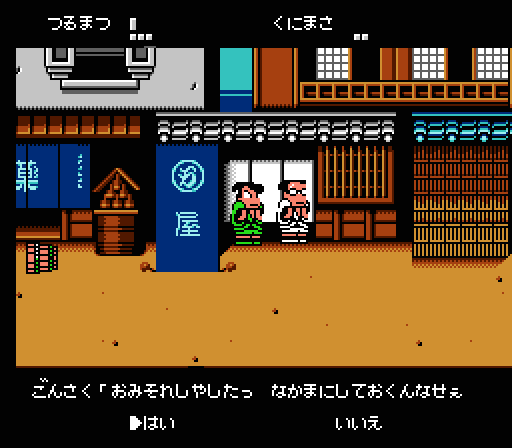 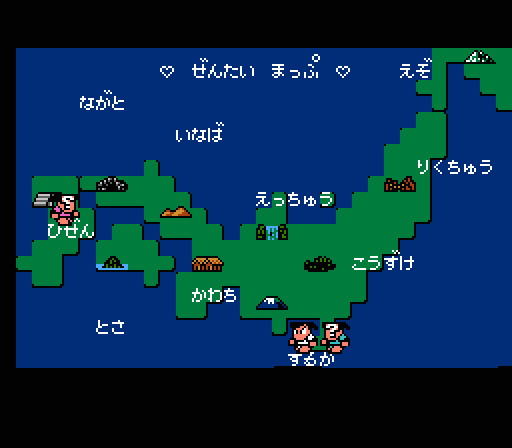 With all of this going for the game, why didn't it make it over the West then? Well, there are a number of reasons but one of the most obvious is its setting. This game acts as a kind of "stage play" that Kunio and is friends go through, a "historical enactment" of life in past Japan. That's a setting that would have worked will in it's native country but would have likely needed redesigning for the West. Localizing the graphics would have been expensive, and then all the dialogue would have had to get translated as well. That's a considerable amount to spend.

Then you have to factor in that the first River City Ransom wasn't exactly a big sales leader when it came out. Yes it has its fans, and developed quite the cult following, but frankly Technos put more effort into Double Dragon and Double Dragon II: The Revenge in the West and River City didn't have the same cultural cachet. A sequel to a game few played probably didn't seem like a big winner in Western markets.

Finally, and this is just my personal thoughts, I have to say that for all the game does, all it adds, and all it tries to improve, I just didn't get as absorbed into it as with the first game. The original River City is a good blend of ideas, mechanics, and fun all wrapped in a package that you can beat in 45 minutes or so (much faster if you know what you're doing). This game adds so much, and puts so many more bosses into the mix, that it's easily three times the length. Despite that, there really isn't that much more to do in this game than with the original.

It's pretty clear that technos had ambitions to make this game feel like an RPG, a historical drama with lots of fighting, but RPGS have more to do that just wander from Point A to Point beat and kill shit (although that is part of it, too). There are fetch quest, story beats, cut-scenes, and lots of character development in a true RPG, none of which is really here in Historical Period Drama!. The game is lengthy but surprisingly shallow and, after a time, you may end up feeling like you've seen all eh game has to offer without getting anywhere near the end of the adventure. 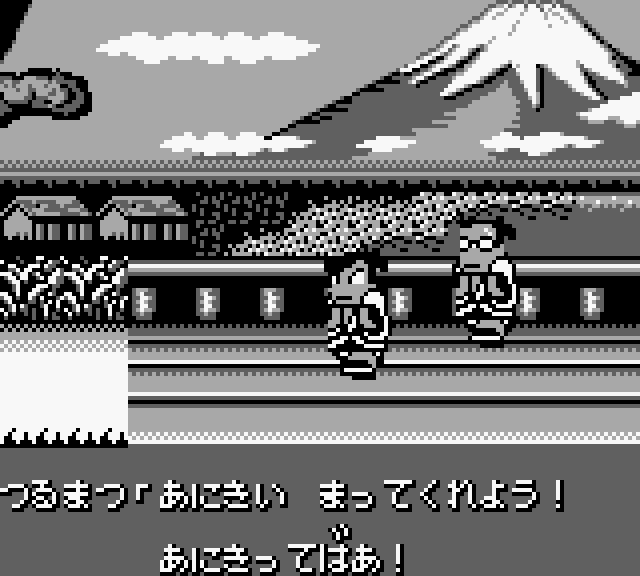 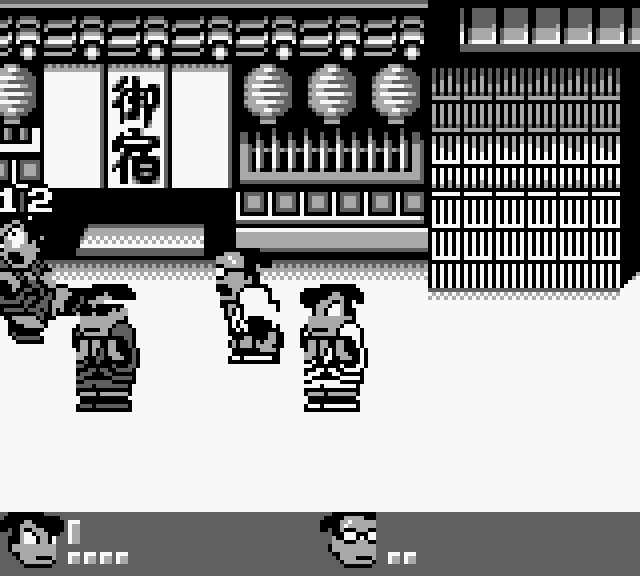 That's not to say that Downtown Special Kunio-kun's Historical Period Drama! is a bad game. Far from it. It's a very full game with a surprising amount of new stuff added to the base experience. But all of that doesn't amount to a greatly improved game. It's still River City Ransom at its core, just all of that again for more and more and more. If what you want is more River City then this game delivers. But if you were looking for River City Ransom and then some, this game misses the mark. The core game play is still solid, but it very much feels like that one thing that was needed to make this truly spectacular is missing.

Still, if you want to check it out there are plenty of ways to play Downtown Special Kunio-kun's Historical Period Drama! Along with the Famicom release there was a Game Boy port put out a year later that retains most of the content. The game was also packed into a Kunio Three-Pack on the Game Boy Advance (in Japan), and released on various mobile phones (also in Japan). It's also coming to the Nintendo Switch as part of a Kunio-Kun collection via Limited Run Games, the first time players in the West will be able to experience the game without roms and a fan-translation patch.