King Kong, the giant ape, is a creature that apparently never dies. I say that a touch facetiously as, of course, the big ape does die in most of this films. We already saw that once in the 1933 King Kong, and we have that again here in the 1976 version (and, yes, I doubt its spoilers to say that "Kong dies at the end"). And yet, at the same time, the magic and wonder of the giant ape lives on which is why, four decades after the original film came out, we're on our third big screen iteration of the supreme simian. People just want to see Kong. 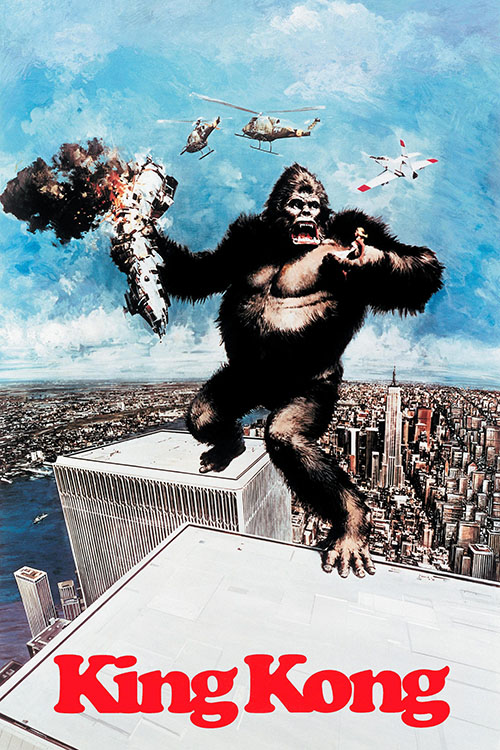 At the same time, one has to wonder just how easy it is to recapture the magic of the original film, or even update it. Toho tried, and, as we saw with the awful King Kong Escapes, a guy in a rubber suit is no competition for the love and care put into the stop-motion effects of the RKO original. It leaves us with the question: with 40 years between them, and a decent (for the time) $24 Mil budget, could the masters of effects in the 1970s manages to top the aging 1933 effects? In short: no, they absolutely could not.

Before we get to the details about what works and what doesn't about this film (and there's a lot that doesn't work), let's at least go over the story of the film. The broad strokes of the films do line up: a businessman, Charles Grodin's oil man Fred S. Wilson, leads an expedition to a mysterious island shrouded in mist. Satellites have indicated vast amounts of CO2 and other gases around the island and Wilson's lab expert, Roy Bagley (Rene Auberjonois), thinks there's a good chance there might be oil on the island. It's a good enough chance, anyway, that Wilson has staked his career on it. That said, stowaway paleontologist, Jack Prescott (Jeff Bridges), thinks there's another explanation: giant animals.

The ship gets to the island, picking up castaway socialite Dwan (Jessica Lange) along the way, but what the crew finds at the island isn't a barren pile of rocks with vast, untapped reserves of oil, but a thriving (if "primitive") civilization that worship an "ape god". Well, of course, we soon see what the god truly is: Kong. The islanders kidnap Dwan to be Kong's next bride, the crew of the ship have to go save her, and there's much battling back and forth. Meanwhile, Wilson gets the bad news that the island doesn't have the oil reserves he expected so, to save face, he decides to steal away Kong and use him as a big attraction for the oil company. This, naturally, goes about as well as you'd expect from a Kong film.

So let's address the weirdest part of this film: the whole oil plot line. In the original film the reason the team went to the island was so they could film the spectacle of Kong. That film was very direct in its story: producers want spectacle, the hire a young actress to star opposite the lead ape, and then she falls for one of the officers on the ship's crew. Here, though, the film has to tie itself into knots to make it all work. The crew is there for oil, but there is no oil so they steal an ape instead. There's no reason for a woman to be on the crew, so they have to randomly find one. The guy she's destined to fall for also has to sneak on the ship. It's all a series of coincidences that have to come together to make it work without any of the lean plotting of the original movie. 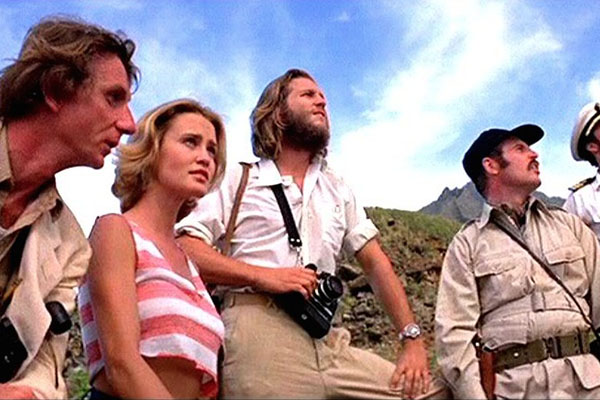 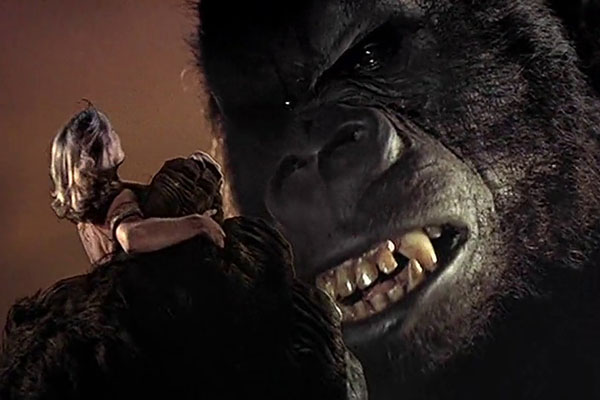 Making the film all about oil also dated it horribly. The Oil Crisis struck in 1973 and 1974, and the effects of it linger through the 1970s (and the Second Oil Crisis on 1979). That seems prescient at the time but now, with oil on the down swing (and electric cars likely to be the modern conveyance eventually), oil doesn't seem like such a bit deal anymore. This is a film of a specific time and place that feels hokey and silly in a modern context. Compare that the 1933 film where the spectacle of a giant ape is all you need and, realistically, is the whole reason why audiences flocked to the theater. That film makes sense in a way the 1976 edition doesn't anymore.

You have to couple that with the fact that most of the cast of this film hardly seems engaged with the material. Grodin and Auberjonois both feel like they're phoning it in, clearly having read the script. Bridges is better, but even he seems to have trouble getting his brain around the narrative twists the film has to take to make this all work. Lange does the best, but her character, Dwan, is a ditz who's just along for the ride and that, frankly, isn't a hard character to nail. She does it, but it's hard to call it a real feat of acting.

That means that we're really just here to see a giant ape and, sadly, the 1976 King Kong isn't able to really deliver on that front, either. In fairness to the movie, the animatronics and prop Kongs the team made are pretty solid. They put a lot of care and attention into the details of the puppetry, such that the giant hand that grabs Dwan twitches and pulses realistically, and the face of the giant ape moves and expresses itself with passable real emotions. The props are fantastic.

It's the filming around the puppetry that sucks. Where the original 1933 film (and, to a lesser extent, sequel Son of Kong) could stitch the various layers of live-action and puppetry together convincingly, the improved technology for filming in the 1970s actually makes these same effects look worse. There's visible matting and off-tone color effects throughout the film, and it's hard to believe the characters are actually interacting with a giant ape in any meaningful way, not like in the original film. I actually think the fact that this was filmed in color hurts the movie because it's so much easier to spot the fakery, whereas the black-and-white helped cover a lot of the flaws of the original film. 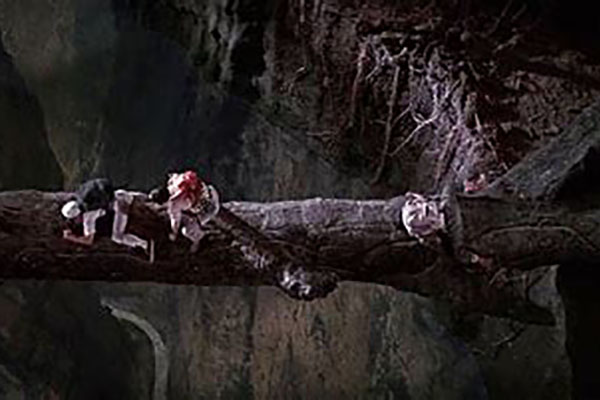 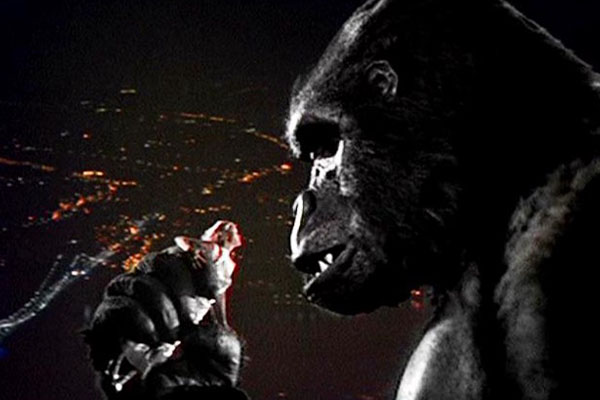 But there's also the fact that the pacing of this film is way off. The original film was a svelte 100 minutes (discounting the opening overture), whereas the 1976 version somehow stitches in another 24 minutes of film despite recycling the same plot. Scenes take longer, we have to wait through an entire first act to get to Kong, and the action even when the ape around happens less frequently and to less dramatic effect. The movie feels not only stretched out but also vastly less thrilling, making it feel like a massive waste of time and resources.

Perhaps if you'd never seen the original 1933 film this might seem like a real crowd pleaser... at least, back in 1976. Now, though, with all the versions of Kong available at once (including the later remakes and reboots) it's hard to think of this film as anything but a failure. It's a noble one, that tried to recontextualize the giant ape, but a noble failure is still a failure all the same.