A New Conan, a Similar Story

After the debut of Conan sequel Conan the Destroyer, the series basically was left to rot. The film rights with Universal lapsed and a new studio, Millennium Films, and distributor, Lionsgate, eventually snapped up the rights. This led to the development, eventually, of a new Conan the Barbarian film, one unrelated to the original duo with Arnold the Governator. 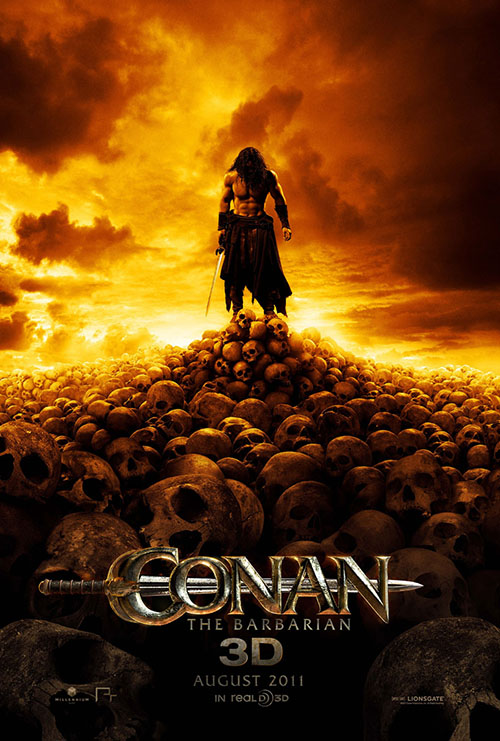 Of course, it took a while for all this to come about. Universal was interested in putting together a third Conan movie for a while, King Conan: Crown of Iron, that would have picked up with a more mature version of Arnie's character. That idea was scrapped, though, when Arnie became the Governator and all of his Hollywood projects had to be set aside (although there is still talk of bringing him back for a third film in the main series). While it certainly would have been possible to recast the actor and keep it in continuity (see also: Mad Max: Fury Road), but instead, the film rights just lapsed (at least for now).

Without Arnold available, though, who could possibly play the big and buff barbarian? The casting director then landed on a little-known actor who's biggest projects up until there were Baywatch: Hawaii, Stargate: Atlantis and a four episodes on the CW football series, The Game. No one expected, at the time of the movie's announcement, that Jason Mamoa would be a big star. I actually read articles that treated the casting of Mamoa as a poor choice, that he was just a teen dream-boat without any talent. Of course, then he was also cast as Kahl Drogo, his time on Game of Thrones gave the actor vastly more clout, and the sudden Mamoa was a huge star. Sadly, that came about after 2011's Conan the Barbarian came out.

As far as casting choices are concerned, it's not hard to think of Mamoa as a giant barbarian. His casting choice is solid, and fans of the hulking, charismatic actor certainly would get behind a film starring him now. He just needed that fan-base at the time and this film suffered, in part, because he didn't have the devout fan-base yet. He did have the charisma in spades, though, inhabiting Conan even better than Arnold was able. No knock against the Governator, but Arnold isn't as good of an actor (at least not back when he played Conan) as Mamoa was for his first )and so far only) stint at the titular barbarian.

Not that we get to see Mamoa's barbarian for the first act of the film. Instead, as with the 1982 version, we start off in Conan's early life, following him as he's born, raised by his father, Corin (Ron Perlman), and then watches as his village is burned down (and his father killed) by the evil, power-hungry warlord Khalar Zym (Stephen Lang). Zym was on a search for the broken pieces of a stone crown which, when combined together and a unholy rite is performed upon it, will turn the wearer into a demi-god. Corin had the last shard of the crown, and with the defeat of the village, Zym now has it. 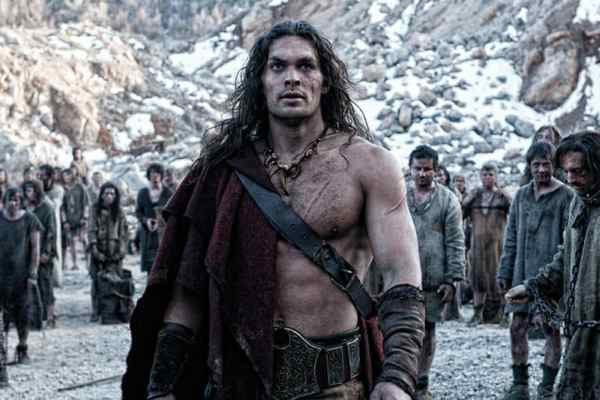 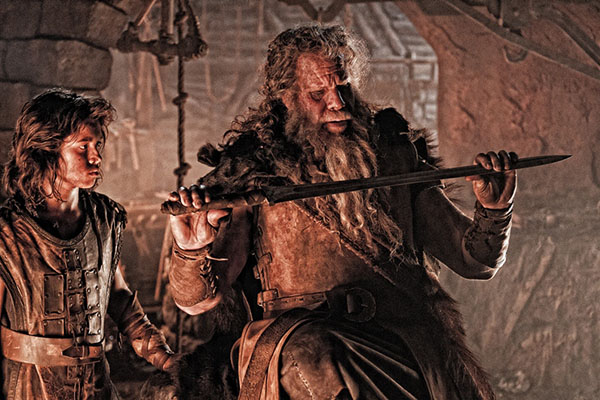 Cut forward 20 years and the now grown Conan (Mamoa) travels with a band of Zamoran pirate warriors led by Artus (Nonso Anozie). When Conan sees one of Zym's warriors going through a tavern, Conan gets himself arrested so he can have easy access to that warrior. He beats the information he wants out of the guy, where Zym is and how to get to him, and that puts him on a collision course with Zym's plans. Zym, it seems, hasn't been able to unlock the power of the crown has he hasn't yet found a pure-blood descendant of the necromancers that made the damned thing. However, after much searching Zym's armies find the monastery where the last living descendant, Tamara (Rachel Nichols), lives. Conan gets in the way, takes the girl, and leads a merry chase across the countryside. To prevent Zym from achieving his goals, and exacting his own revenge against Zym, Conan has to to keep the girl out of the warlord's hands at all costs.

I think my biggest issue with the 2011 Conan is that while the details of the story are different, in general it has the same form and shape as the 1982 film. Conan sees his family get killed, swears revenge against the warlord that did it and, years later, takes every opportunity to finally get his revenge. Sure, the love story is different, and many of Conan's allies take different forms, but a revenge quest is still a revenge quest, however you couch it.

All that being said, let's not undersell Mamoa's ability to make the material work. In fact, pretty much everyone involved made this a vastly more engaging film than the 1982 version. From Mamoa to Anozie, Nichols, Lang, and Rose McGowan (as Zym's sorceress daughter, Marique), everyone here invests in their characters and acts the shit out of the material they're given. It might just be a bloody and mindless barbarian epic, but it doesn't lack for star power to make that epic work. The film is nothing short of watchable.

The action is also great. It helps that the pacing is faster here, so the movie gets from action beat to action beat at a much faster clip. Then, when it hits to set-pieces, it makes them stick. There's the opening brawl between young Conan (Leo Howard) that's kinetic and grisly, followed by the attack on the village, and then the various fights Conan has along the way to collecting Tamara (including a pretty good chariot chase), a battle against sand warriors that caps the middle of the film, and many more solid set-pieces. This film understands that we're here for the action and gives us what we want, regularly and with much vigor. 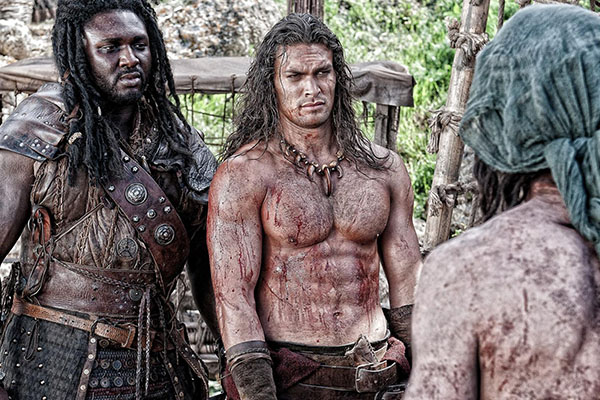 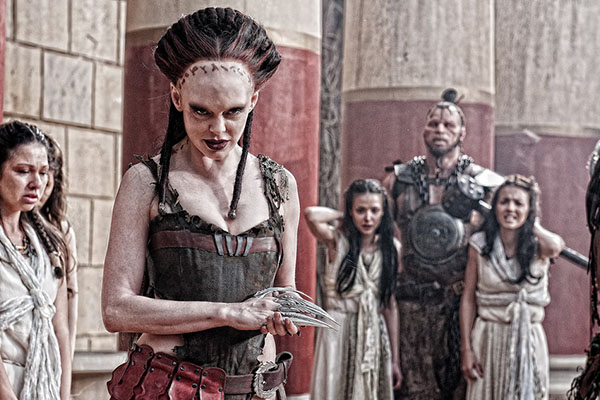 The story also humanizes Conan in a way the previous films never could. He might be a barbarian but he is, deep down, an honorable one. He doesn't have to be betrayed to want to get involved and take a side, as we learn early when he goes around freeing slaves just because he can. He might act gruff and uncaring about Tamara when he first meets her, but soon he learns to respect her (after she saves his life), and the two grow a connection that helps the fuel the back half of the film. Hell, for that matter, this film does a better job with its damsel, Tamara, making her a warrior in her own right and not just a pretty face to be saved. She's an equal, in her own way, to Conan without just being a female barbarian.

I really did enjoy this movie a lot. It's not a deep film, that's for sure, but it has solid action and moves along at a steady clip. That's really all you need or want from an action film: good action, done by committed actors, that moves along at a steady clip and never outstays its welcome. 2011's Conan the Barbarian delivers on that front and the only sad thing about this film is that more people didn't share my opinion. It flopped at the Box Office, dooming the prospects of sequels and once again condemning Conan's franchise to lay fallow once more.