About That Special Night...

Remakes of Slasher films aren't just limited to the big-name series -- Friday the 13thOne of the most famous Slasher film franchises, the Friday the 13th series saw multiple twists and turn before finally settling on the formula everyone knows and loves: Jason Voorhees killing campers 'round Camp Crystal Lake., HalloweenThe franchise that both set the standard for Slasher horror and, at the same time, defied every convention it created, Halloween has seen multiple time lines and reboots in its history, but one thing has remained: Michael Myers, the Shape that stalks Haddonfield., and Nightmare on Elm StreetThe brain-child of director Wes Craven, A Nightmare on Elm Street was his answer to the glut of Slasher films that were populating the multiplex. His movie featured an immortal character, Freedy, with a powerset like none other, reshaping the expectations for Slasher movies to come.. As we saw last week with April Fool's Day (and further back with My Bloody Valentine 3D) even crappy Slashers will eventually get remakes. All it takes is a studio with the rights to the film and a few million to throw at a project likely to bring in more from the disposable income of teens. 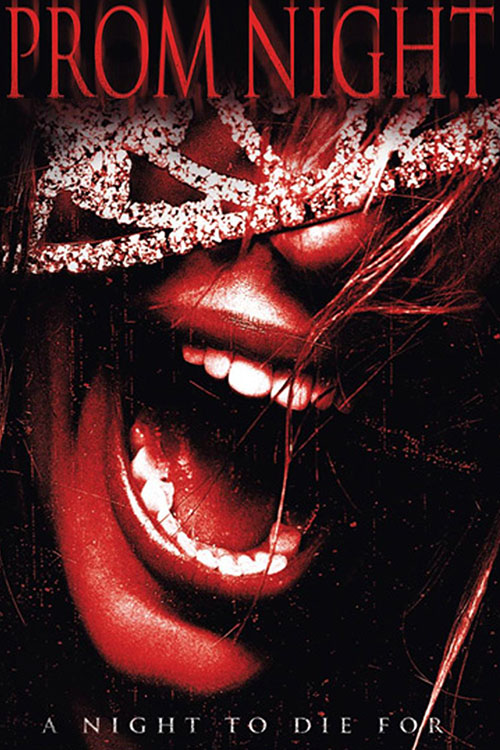 The Prom Night films do seem like the kind of fodder that would actually scare teens (and make them come back for more). Where other films feature locations most teens aren't regularly going to (who visits a camp in their late teens?) or have impossible to kill immortal murderers stalking their victims, the 1980 Prom Night, and this remake, both feature all too mortal killers stalking the victims at a place they really would go: the school dance (we have to ignore the second, third, and fourth films because they're supernatural horror films and, also, really shitty). A killer that lures kids to the prom and then kills them seems like the kind of story idea that actually would resonate well.

It did, of course, with the original film recouping back ten-times it (admittedly small) $1.5 Mil budget, powered in no small part thanks to Jamie Lee Curtis at the height of her "scream queen" dominance. The question, after the studio beat the series to death with horrible sequels, was if the series could find new life in a (barely-related) relaunch of the franchise. None of the story elements are the same, we don't even have a connection to the high school from the original films (Hamilton High, if you were wondering). Would teens still flock to this film and, more importantly, would it actually be any good?

To that latter point, the film actually isn't bad. I do feel like I have to grade on a curve here as this is a relaunch of a franchise that, honestly, I didn't much care for the first time I watched through it. As long as this film wasn't as bad as what came before, I'd already call it a solid gold winner. But thankfully, even ignoring the franchise's own storied history, this film is actually a decent Slasher watch. It's a little bloodless, without nearly as much violence (or titillation) we might expect from the genre. But it is a solid watch, powered by a few good performances and a director that at least understands how to direct Slasher action and mine creepy scares from minimal setup.

When we first met our protagonist, Freshman Donna Keppel (Brittany Snow), she's coming home after hanging out with her friend Lisa (Dana Davis). Entering her house, though, she finds her brother dead and her mother about to be killed. Hiding under a bed she manages to avoid the killer, be then she's caught as she flees her house, only to get stabbed... and then wake up because this is a nightmare she has every night. The killer, Richard Fenton (Johnathon Scaech), is real but he's been in a mental hospital for the last three years after the night of that fateful attack... or has he? 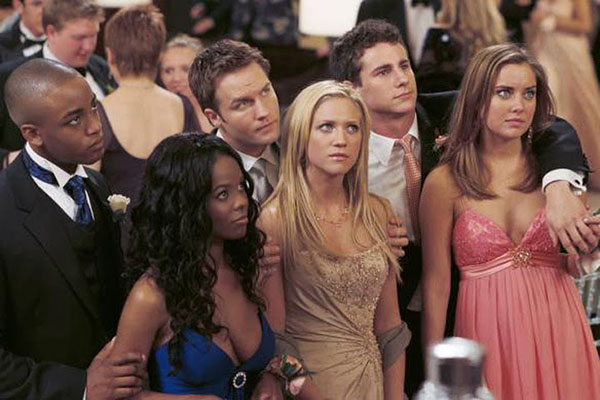 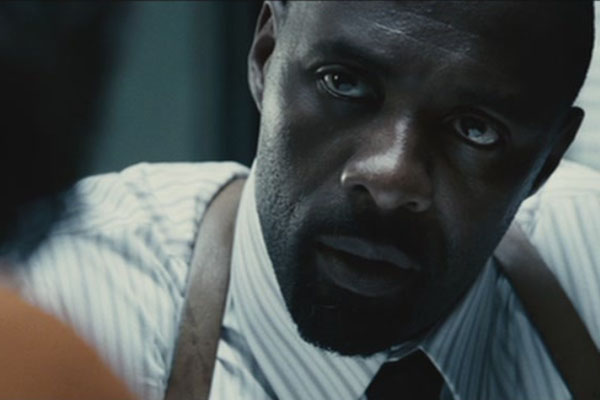 Naturally, on the night of the Prom, when Donna is off with her friends dancing and partying the night away, we learn that Fenton escaped from the hospital a couple of days earlier and, wouldn't you know it, he's managed to find his way to the hotel where the Prom is being held all she he can stalk, and kidnap, Donna (who is absolutely fixated upon). This leads him to cut and slice his way through anyone that ends up in his path, and the only person that might be able to stop him is Detective Winn (Idris Elba), the one guy that suspects Fenton might be back in town.

Let's make it clear right from the start: Keppel, Scaech, and especially Elba are all way to good for this film. I don't know who they pissed off or what they did to end up in this movie, but all three of them deserved to be in better fare. That said, thanks to these three stars this film is so much more watchable than it has any right to be. It's really hard to have a bad move when you have stars of this caliber committing to their characters and the scenario. No one else in the cast is as good, but these guys are the focus and it makes the film really work.

The setup of the film is nothing special, of course. The kids, one by one, isolate themselves so that they can easily get picked off by the killer. The one thing this film does, to its credit, is it lets us know who the killer is and sells us on the fact that he's mortal. He's human, so while he might be good at killer he's not preternaturally good. This also means he can be defeated, and so all we need is for someone with a weapon to figure out where the killer is and they can actually properly end this. That's honestly refreshing for a film amid all the movies that find ways to stretch and contort themselves to have sequels.

It also allows us to have a great performance for the killer. All to often Slashers now will cloak their killer behind a mask, playing up the "mystery" of who they are. We never have to guess, and Scaech never wears a mask, so we can actually appreciate the performance he gives. I appreciated that I didn't have to try and guess where the film was going, who the killer might have been, and what their true motivation could be. That said, the killer is pretty predictable, so while it's nice that this film doesn't fall into them "everything is a mystery" mold of so many other films in the genre, it could have done a little more to at least spice up the proceedings. 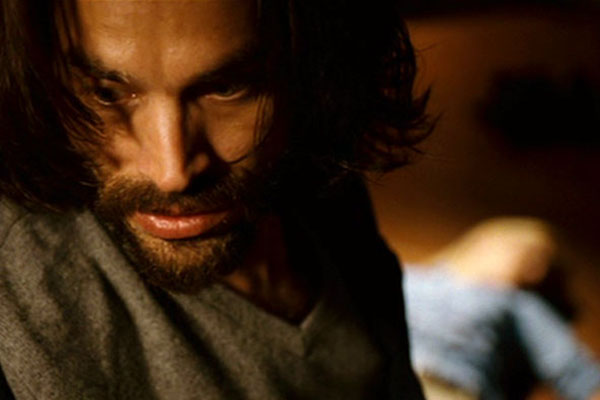 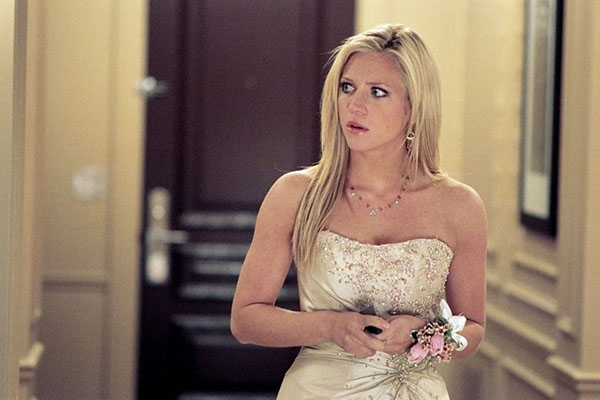 Frankly, outside of the solid lead performances, this is a pretty rote Slasher. There isn't nearly enough blood to sate gore hounds, and there are too few scares to really tingle the spine (although one late-film jump scare with a flock of birds was well earned). The film could have done with lingering over the kills a little, making them bloodier and scarier, but it's like this film had aspirations to be "better" than that, this despite bearing the "Prom Night" name. We know what kind of film you are, Prom Night '08 even if you have illusions otherwise.

End of the day, this just wasn't that memorable of a film. Despite three great actors, this is just another film in a tired series, another in a line of ho-hum remakes of older (but not necessarily "classic") Slasher films. It's better than a lot of the fare I've reviewed for this site, but that doesn't make it actually "good". I think I'm just desensitized to the point where "not terrible" actually makes it "watchable", but I have to be in the minority of that. Unless you like me, this new Prom Night is still a hard pass.

Surprisingly, this film really doesn't have one. The stalker is all obsessed with the girl, but we don't have any underage drinking, no smoking, no drugs, and no premarital sex. Hell, the teens barely even cuss in this film. This is the rare example of a sin-free Slasher.

The first on-screen kill happens to the heroine's mother after our plucky girl gets home. The teen wanders around looking for her family, only to find her brother dead (missing her dead dad in the process), and then, when she hears a commotion and hides under a bed, watches as the killed stabs her mother to death repeatedly.

Fourteen. The heroine's entire family, a guy at the mental hospital, a hapless driver, a maid, a bellhop, two cops, four prom teens, and the killer.