Who's Ready for a Trick?

I've noted before that we have to judge big, multi-million dollar productions differently than tiny, budget, direct-to-video features. Such is the case with April Fool's Day, the 2008 remake of a 1986 budget-slasher film. It's not as though the original is that well remembered -- the biggest twist it had was that all the deaths you saw on screen were fake, all part of an elaborate April Fool's prank, but it's otherwise fairly rote for much of its runtime -- so making a remake of that film, in any style, wasn't going to draw eyes. This film, then, was clearly made on a shoestring budget and I do feel bad picking on it for that. 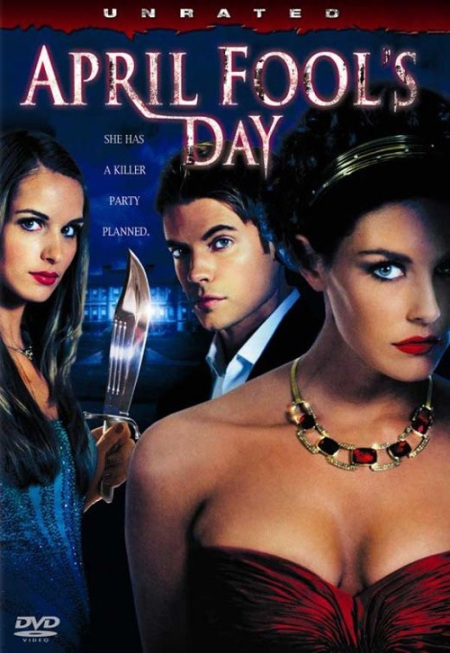 All that being said, this film is really garbage and deserves to get a good shellacking. While it might have been made for very little cash, it didn't need to look anywhere near as cheap as it does. This is a film that will make you look at soap opera productions and say, "wow, General Hospital looks better." I've made better looking films on my own time with absolutely no budget, a group of friends, and a cellphone. This is the utter bargain basement of Slasher crap that really redefines how bad these kinds of films can get.

The film opens at the debutante party for young Torrance Caldwell (Scout Taylor-Compton) at the mansion of sister and brother Desiree (Taylor Cole) and Blaine Cartier (Josh Henderson). We're introduced to their friends -- Joe Egender as as videographer Ryan, Jennifer Siebel as trophy wife Barbie Reynolds of Senate candidate Peter Welling, played by Samuel Child, and Joseph McKelheer as tabloid gossip Charles Lansford -- and as the party rages we eventually meet one more friend, Milan Hastings (Sabrina Ann Aldridge). Blaine has a thing for Milan, and the two hook up; Desiree uses this as a chance to film the two of them having sex and get a little dirty of Milan. But, in the process, someone drugs Milan, she has an adverse reaction to the roofie on top of her epilepsy, stumbles off a balcony, and dies. And Blaine takes at least some of the blame for it as everyone assumes he roofied her.

Cut to a year later and, due to the ensuing court case around everything, "laine has lost executorship of the family estate, with that power being turned over to Desiree. On the day of Milan's death, though, Desiree and Blaine each get a letter telling them to meet at the cemetery because, somehow, "they know the truth!" The siblings meet up with all their friends, who also got these notes, and then, one by one, they all start getting bumped off. Apparently someone is update about Milan's death and will go to any length to get the truth about what happened.

If you know anything about the original April Fool's Day -- and that film is over 35 years old now so it's hardly a spoiler to talk about it -- then you can easily see what is going to happen in this film. Yes, it does appear that all the friends are dying off but, of course, it's all a ruse; they're all alive at the end. The whole prank is really about getting the truth out of the person who drugged Milan so that the poor girl can get some iota of justice. 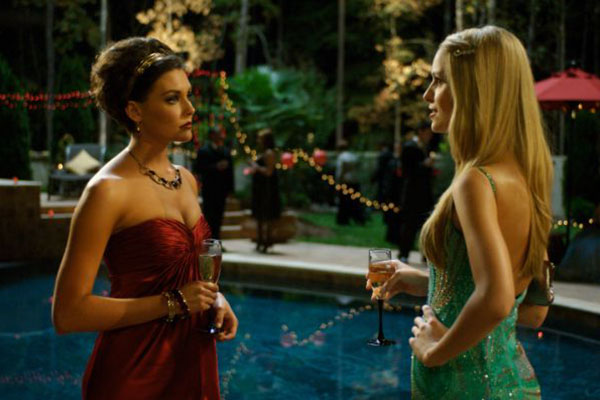 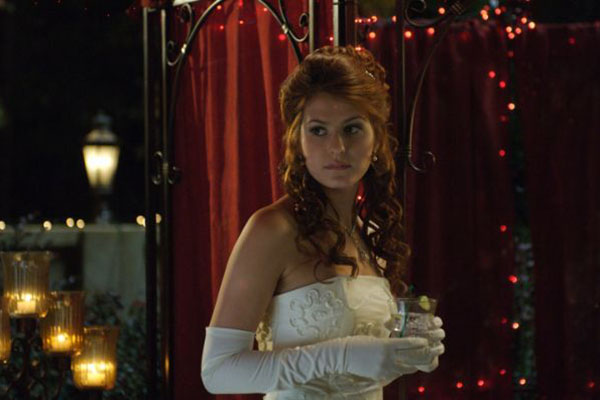 That idea is fine, and puts a nice little spin on the original story. It's just everything around this core idea that doesn't really work. For starters, the deaths that some of the characters go through -- Charles drowns, and is clearly left floating in a pool for far longer than any normal person can hold their breath; Barbie is electrocuted and when one of the characters tries to save her, they get a nasty shock as well -- makes you wonder how they could have possibly survived even if it was supposed to be a prank. At least half the cast should be dead, even if there was a setup, because of the ineptitude of the characters.

If we can suspend our disbelief there, accepting at least the story of this film, that doesn't excuse how poorly made this film is. For starters, the cinematography (such as it is), really is below-soap opera levels. It's so cheap looking, from frame one, that it actually adds on a layer of artifice. It's hard to ever invest in the film because it looks so cheap and fake that you can never forget you're watching a film called "April Fool's Day" where, obvious, something is going to be a prank and nothing is to be believed. The film has to work hard to get you to buy in, but this production never manages that.

It's not just the filming that's bad, though, as everything else around it is awful too. The sets are so cheap, with the "mansion" the kids live in looking like the producers rented out the hall of a mid-level hotel for a couple of days, while some of the other sets -- offices, dressing rooms, and the like -- a clearly cheap places that the producers could land for a couple of hundred bucks. They certainly don't look like the kinds of places that would attract these idle-rich, trust fund babies.

Not that anything about the actual characters works, either. I keep coming to the idea that this is a less-than-soap production and that, too, extends to the actors as all of them seem like they walked off the set of a soap so they could do some "serious acting". The serious acting, mind you, never arrives as everyone her is just plain bad in their roles. They clearly were hired because they didn't cost much and not for any actual talent. It's really hard to invest in the characters when the actors haven't either. 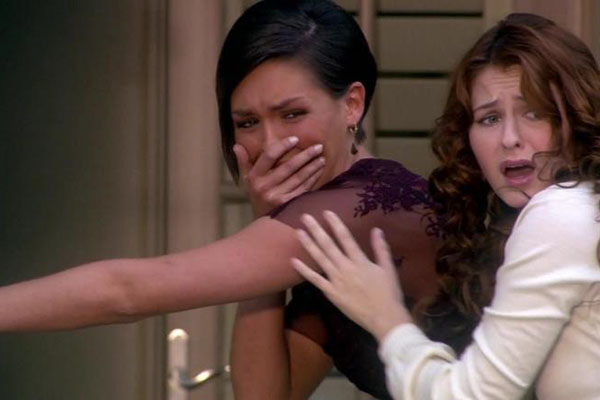 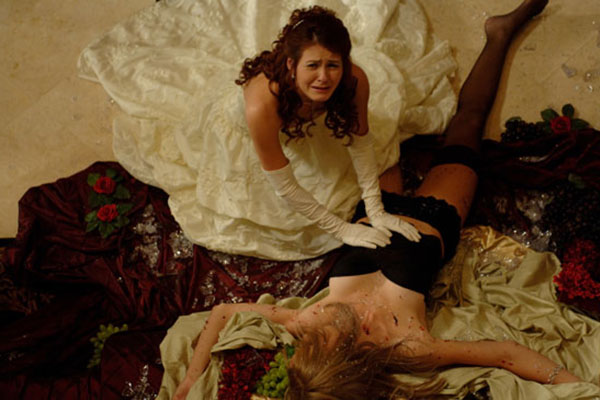 I can't find any details for how much was spent in making this film but, from everything I saw on this tedious, draining, awful film, they still managed to overspend. Even though one of the original producers from the 1986 film, Frank Mancuso, Jr., was involved here I still have to wonder if this film was made just to secure rights and keep the idea in the hands of Sony Pictures. If that was the case I have a feel we've never seen another one of these films because Sony looked at the finished product and decided twice was enough. There are so many better slasher films out there that there's absolutely no need to watch this movie. It has one good jump scare, that comes at the end, and you have to slog through 85 minutes to get there. You have better ways to spend your time, I have to hope; go watch anything else instead of this movie.

Drinking and premarital sex (with a little drugging as well). It's a debauched party and, as these things happen, it all goes too far.

It's hard to say it's an actual kill as it's more of a premeditated accident. Our one debutante, Milan, get drugged a little (although, at the outset, it's hard to tell if it was intentional our not), and then, after being surprised by all her "friends" when they record a sex tape of her (a very tame sex tape, mind you), she gets disoriented, falls off a balcony, and breaks her head open.

Seven. Milan, and then six of the prank conspirators. Although it's all revealed to be a prank, and the real body count is just two.