Savor It In Your Mouth

When it comes to the history of horror movies, there is one name that seems to rise up on most lists. Not Jason or Freddy, Ghostface or Chucky (although all of them are somewhere on the list). No, the horror people many seem to elevate to top-ranked, A-plus, number one status is Hannibal Lecter. That's a choice I've always found odd because, honestly, the character has only had one good movie (and four mediocre-to-bad) ones, and that film isn't really a horror film at all but, instead, is a procedural with thriller trappings. 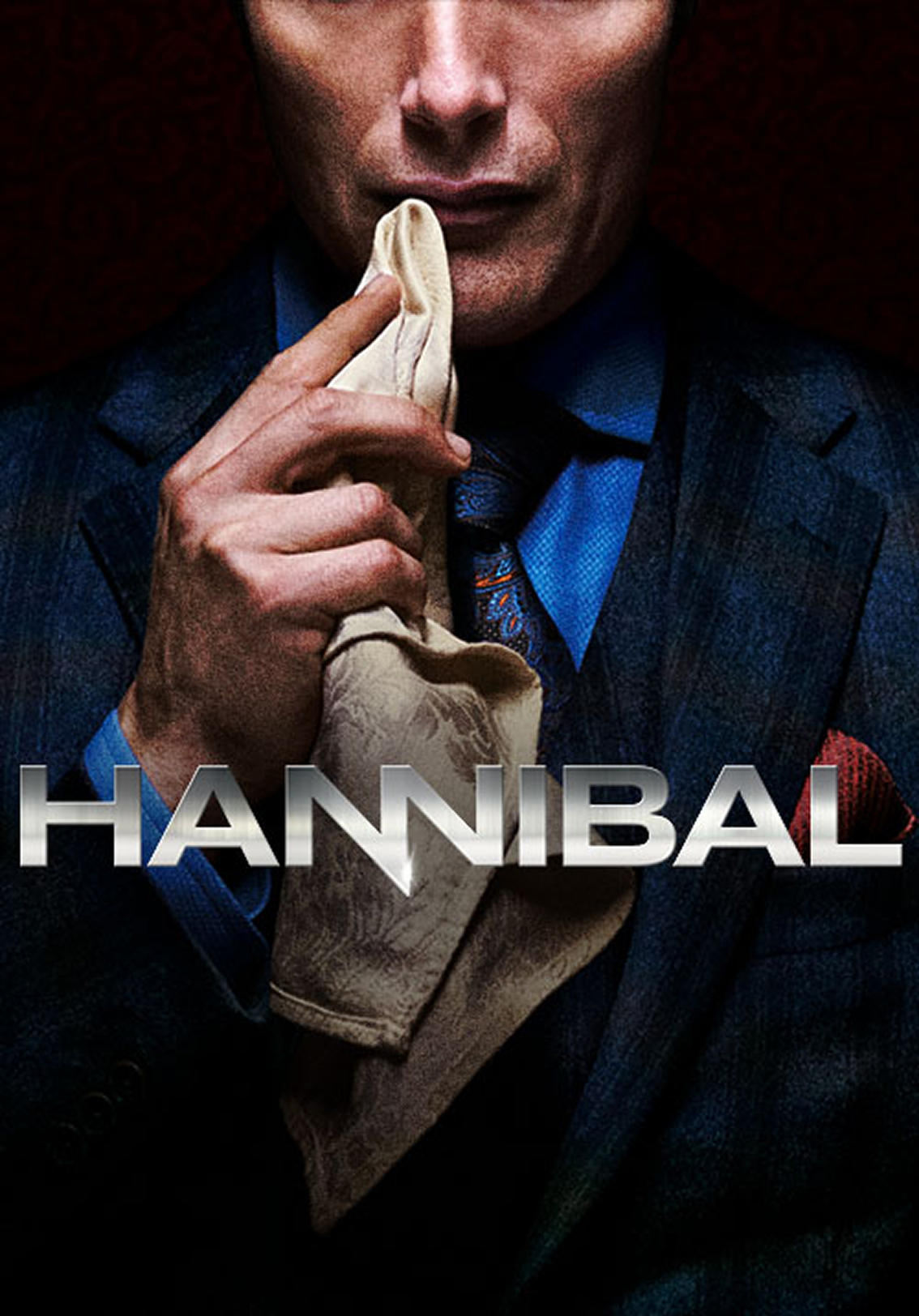 What makes Hannibal Lecter such an evocative movie monster? In short: Sir Anthony Hopkins. The actor played the character through three films -- 199's The Silence of the Lambs, sequel Hannibal, and prequel Red Dragon. Hopkins wasn't even the first to play the role as that honor went to Brian Cox in the first version of Red Dragon, Michael Mann's Manhunter. It was Hopkins, though, that added the effete edge, the nastiness mixed with a prim and proper attitude, that really set the character apart.

That version of Hannibal is the one channeled by Mads Mikkelsen in a star-making performance on NBC's much beloved (although not in the ratings) TV series Hannibal. Based (once again) on Thomas Harris's novel Red Dragon (well, really all his books except The Silence of the Lambs as the rights to that book were leased elsewhere at the time), this series acted as a kind of prequel to Red Dragon before diving into that novel in its third season. But to get there was had to get through plenty of setup first and, delightfully, that setup is well worth watching.

Expounding as it does on Red Dragon, Hannibal gives us our first chronological look into the history of Will Graham (played here by Hugh Dancy). A teacher at the FBI Academy. A gifted profiler, Will has certain mental conditions that allow him to empathize with serial killers through their murder scenes. He can see what the killer saw during the moments leading up the kill, reconstructing in his mind what happened as the murder took place. Not a killer himself, Will still can see and think like a killer. That's why he's brought in by Jack Crawford (Laurence Fishburne) on the case of the Minnesota Shrike, a killer who has taken eight young women. All of them are presumed dead, their bodies very well eaten (thus the "Shrike" in his name).

Fearing his own condition, though, Graham goes into therapy with an FBI-approved doctor, a one Dr. Hannibal Lecter (Mikkelsen). Lecter sees a kindred spirit and Graham and quickly bonds with the man. Lecter, though, does have his own dark secret: he's another wanted serial killer, the Chesapeake Ripper. The Ripper has left a trail of bodies in his wake over the years, but he was too clean and too smart to leave any evidence. The only thing that connects all the bodies are the trophies taken, organs surgically removed and never seen again (because Hannibal ate them). Realizing that Will might have been the only person that could actually catch him, Hannibal sets on a path to destroy Will, who he considers a friend, so as to hide his own guilt. 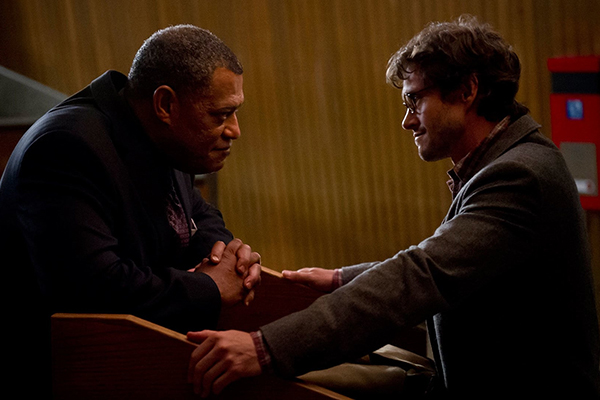 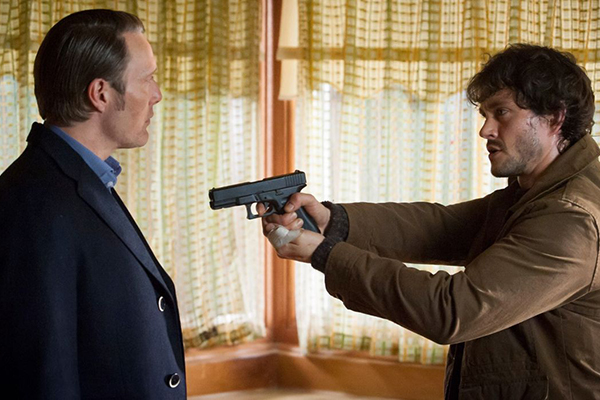 From the outset, the TV Hannibal sets itself up to be something different. Where the Michael Mann movie was very clinical and sterile, and where the Hopkins films were dark and grungy (like a horror thriller, yes), Hannibal '13 makes murder into true art. From the first body, composed and arranged like a design, the series goes in hard on making everything are beautiful, and grotesque, as it can. It wants is to see the horrifying artfulness of the murders, as sort of way to put us in the shoes of Graham and have us enjoy the things he sees.

The series not only does this with its food, too. As established in the books and movies (and then done with delightful glee in the series), Hannibal loves food. He likes to boast about the extravagant ways he used to each the people he killed (something about fava beans, wine, and a human organ). The shows takes that to a beautiful new level but showing the gourmet dishes Hannibal would make (and then, often, serve to his guests without them knowing what the secret ingredient was). When he talks about "locally sourced, human foie gras" you have a feeling it very much was locally sources, but the humane part is likely up for debate (and carried out in his deepest basements).

As for the thrust of the main story, the dance Hannibal would take around the FBI, and specifically Will, is certainly a master stroke. It's not just that, as the season wears on, Hannibal sets Will up to take a fall (as a framed serial killer), but that he sets the groundwork up early and then leaves it hanging, a domino he could tip at any moment should be need to. He loves the game of it, something that's shown time and again as he studies other people, especially other killers. The dance, seeing what he can do, what he can get away with, is all part of what gives the character life (with a sparkle in the eye of Mikkelsen). 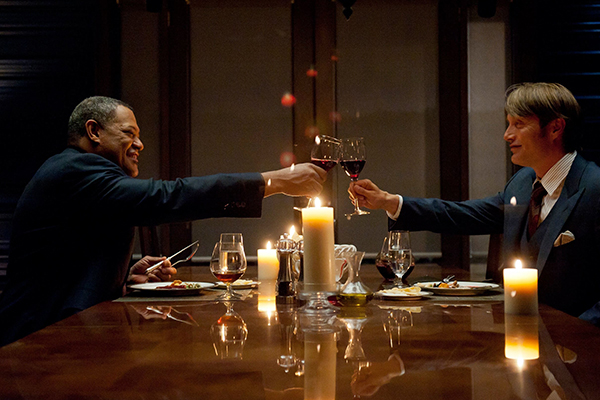 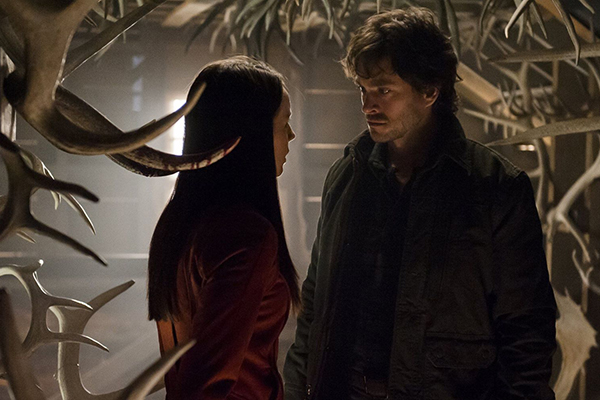 It's not until Will starts to get a little too close to home that Hannibal tips that domino, though. When Will makes an off-hand remark that some of the killings (done not by other killers but by Hannibal imitating the killers) aren't originals but copy-cat killings that Hannibal's ears perk up. When Will then makes a connection that the other killings might just be the work of the Chesapeake Ripper (due to their surgical quality), like the Ripper is playing with them, that's when Hannibal has to pull his chute. By then, then, Will was already in too deep without even knowing it, and the whole game crumbles on top of him.

Truly, his first season of the show was a masterwork in plotting, something I could appreciate the second time around. It's interesting to watch Hannibal work, to see all the little seeds of evil he plants along the way. It's all a game to him, one played absolutely stone-faced. Hannibal on the show isn't a gibbering monster, not like Hopkins would play in the movies. He's reserved further, a poker player of death who knows all the cards on the table and can see everything coming. He's a true artiste and his canvas is terror.

That all said, I can see why this first season (let along the subsequent ones) wasn't a smashing success. It had two major issues going for it with general audiences. One was, of course, the subject matter, as the film gleefully showed its theater of the grotesque. The subject matter wasn't going to be for everyone, and only those with a settled stomach would make it through the show with all its brutal (but very artful) murders flashed on screen after the fact. It was something bold and over-the-top for broadcast TV, that's for sure.

The other issue, though, was its pace. I liked watching the show in binge format, originally on DVD and then again on HuluOriginally created as a joint streaming service between the major U.S. broadcast networks, Hulu has grown to be a solid alternative to the likes of Netflix and Amazon Prime, even as it learns harder on its collection of shows from Fox and FX since Disney purchased a majority stake in the service. (where it's currently hosted), but I could see how the slow and methodical way the show moves (to suit its title character) would have been too slow, maybe even plodding, when viewed week-to-week. The show was both over the top and amazingly reserved, a dichotomy that probably didn't work for most viewers. 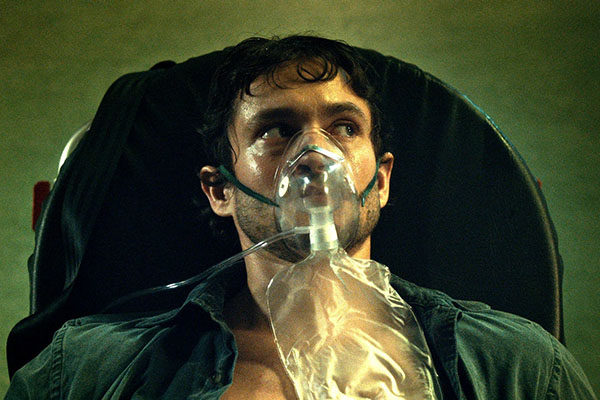 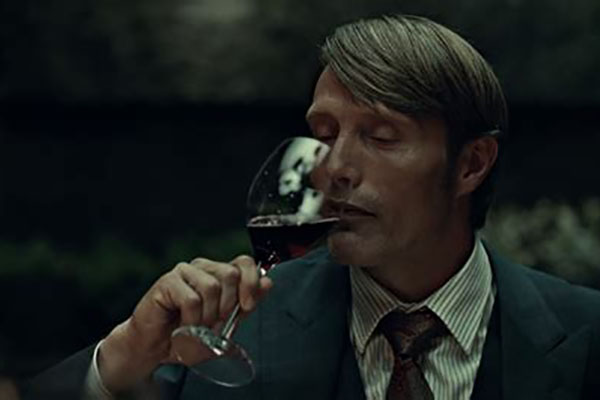 Still, I love the show and I think this first season is a master class in how to do an adaptation. It doesn't just take source material from a book, it fleshes out the world behind it to really delve into characters. It finds the motivation for everyone, really giving the characters of Red Dragon life and substance far beyond the page. When, two seasons from know, Will Graham will talk to Hannibal about he betrayal he felt, you'll understand it a whole lot more than in the book or the movies.

Hell, I think that's one of its boldest choices by far: to take the book its adapting and then set it aside for two seasons to do all the backstory first before we even get to the main affair. That's a grand choice that really shows what can be done with a adaptation to the screen. Frankly, i wish more shows had the boldness to try this tack. The first season of Hannibal is weird and horribly and beautiful and delicious. It's such a strange, specific idea, carried out by creator Bryan Fuller, and it's still unlike so much that's come and gone before or since. When people say they want the show to come back, even now, to get further adaptations of the novels, this first season is a clear illustration why. It's all the strengths of the series laid out like a perfect murder display.