Years and years ago, when I worked at a video store (a type of retail rental outlet that no longer exists and one day will be so forgotten kids won't understand what the senior citizens are talking about). While I was there I worked my way through their (small but respectable) horror section, watching every monster film and slasher flick they had. One such film was Prom Night, the 1980 feature that starred Scream Queen Jamie Lee Curtis in between her stints in Halloween and Halloween II. 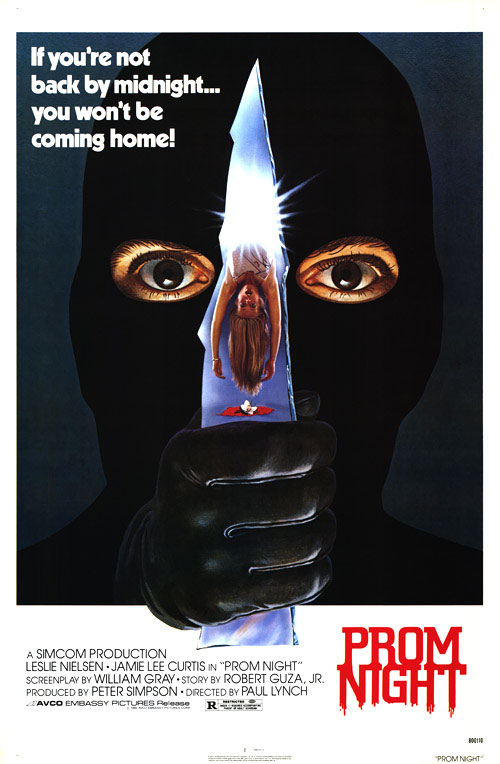 It's worth mentioning both of those flicks as, in comparison to either of them (even the inferior Halloween II), Prom Night is a much worse film in all respects. It's another Slasher film, sure, but that's where the comparisons start and end, really, as those films understood horror (or at least gore in the case of the sequel) while this 1980 feature has no clue how to craft anything in a horror film. It lacks good acting, solid pacing, or any scares. It is, in short, a total failure. I discovered that fact when I watched it so many years ago and, revisiting it now, I was reminded just why I wrote of the Prom Night series altogether.

In the film we start a few years before the fateful night at the Prom when a group of kids are playing a game of "murderers" in an abandoned building (it's like a game of tag but the kids are all way creepier while they play it). One little girl, Robin Hammond, stumbles into their game and they chase her around, freaking out her shit until she stumbles out a window to her death. They all clam up, ride home, and pretend they didn't have anything to do with it ("it was an accident" being their refrain even when, clearly, it was not).

Cut ahead and all the kids are now teenagers going to their senior prom. Robin's younger sister, Kim (Jamie Lee Curtis), and her younger brother, Alex (Michael Tough), are all grown up, respectable children of Principal Hammond (Leslie Nielsen). Kim, meanwhile, is friends with the very kids that (secretly) killed her sister -- Wendy Richards (Eddie Benton), Jude Cunningham (Joy Thompson), Kelly Lynch (Mary Beth Rubens), and Nick McBride (Casey Stevens). However, as they all start arriving at the Prom and enjoying their night, one by one they get bumped off, attacked by a killer who seems to have it out for those specific kids. Who is the killer and is he specifically targeting the teens (and people they know) that had a hand in Robin's death?

Honestly, if you know the answer to that question -- yes, he is specifically going after the killers of young Robin -- then the film doesn't even have any mysteries. And that leaves us back with the issue of what, specifically, makes for a good Slasher film, especially when there's no mystery behind it? You have to have scares, you have to have tension, and, yes, you have to have kills. But it has to come in balance and it has to be done right. Prom Night does none of it right, managing to waste a good hour of screen time on crap no one cares about before finally getting to "the goods", only to bungle all of that as well. 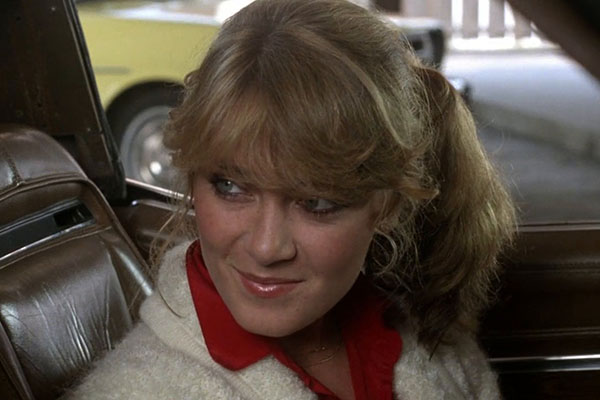 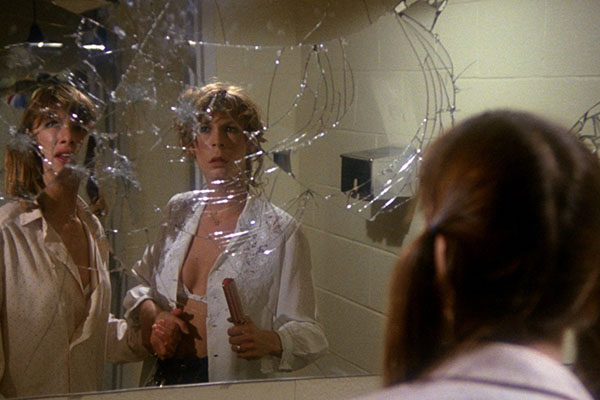 For starters, the movie lacks tension. The opening section, with the little kids bullying poor Robin, has about the best energy the film every manages, and even then it meanders for a while and barely builds at all before suddenly killing the girl off in the most obvious fashion. Yes, the kids are creepy but that's because little kids in horror films are creepy; it's their default state. But the film doesn't know how to build on that or actually make it work to its advantage.

Then, once the main part of the movie gets going, it's less of a Slasher flick than an after school special, like Dazed and Confused but filtered through a network TV PSA budget. The killing doesn't begin until well past the hour mark (for an hour and a half film) and up to then we have to deal with a lot of people that can't act going through the motions of being teenagers (when they're clearly edging towards their thirties) while we have to wait for anything interesting to happen.

Worse, there's the disco. This film goes all in on disco music for the big prom sequence, going so far as make poor Jamie Lee do a whole disco dance sequence in the middle of the Prom. The reason: to stick it to a mean bully girl and "show her!" It's also terrible as Ms. Curtis and the actor playing her boyfriend have absolutely no talent at disco dancing. It's just this dull and leaden dance sequence with two very white people (who have no talent for it) "grooving" for a good three minutes and we all have to put up with it. Sadly neither of them die afterwards even though, by this point, they clearly deserve it.

The killings themselves, too, aren't all that great. There's not nearly enough gore for one, but worse is the lack of tension. If I had to guess the film was trying to clone the style of Halloween, setting up a reason for the killings in the past and then making us wait until the night of for the kills to mount. But where that film, under John Carpenter's skillful direction, managed to build tension even from simple sequences -- long, ominous shots that built the horror, all scored by the creepy soundtrack -- this film can't manage any of that. It's be like if you remade Halloween, removed all the shots of Michael Myers wandering around town, and edited out the soundtrack. That's Prom Night, and it's as dull as that sounds. 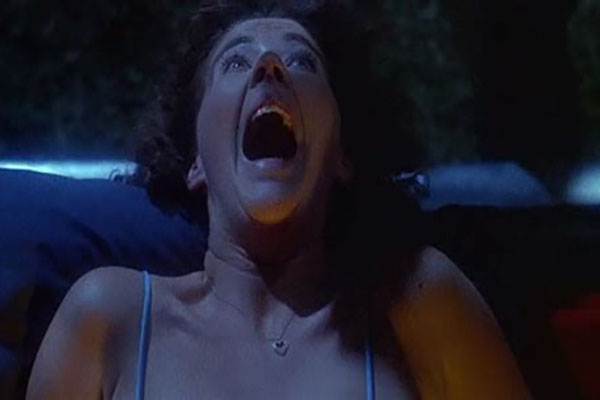 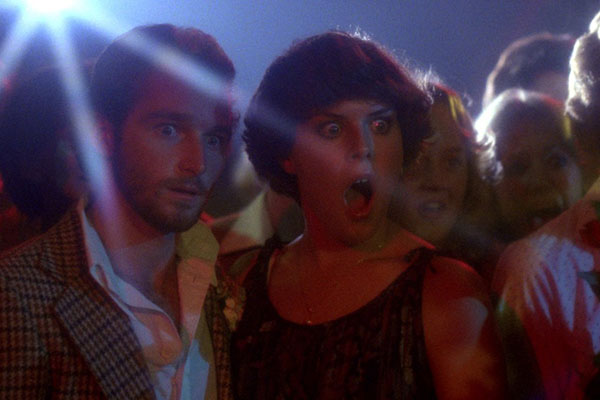 There really isn't anything to recommend this movie at this point. I'm absolutely shocked that the film did well at the Box Office (well enough to warrant three sequels and a reboot), but the film was clearly engineered to bank off the idea of Halloween. Take on special night, add in Jamie Lee Curtis, and then sprinkle on a few killings. People were primed for another film like Halloween and they went with this off-brand version to get it. Sadly, no one in the process told the producers their film had to be any good.

Kids being bullies. Kids suck, as the whole opening of this film illustrates, and when they die later as teens its totally deserved.

A young girl, chased by her supposed friends through a building (as part of a "game"), who then falls out a window to her death. Not such a fun game after.

Seven. The young girl at the start, plus five prom goers, and the killer