The Rise of the Internet

It seems like we only just started this dive through the series but already we've reached the end. While Halt and Catch Fire was loved by critics, especially from the second season on, it didn't catch fire (no pun intended) with audiences the same way. AMC respected the show, though, and gave it four seasons to tell its story (even though by most metrics it could have been canceled after two), letting the series warp up its short, 40-episode life in proper style. 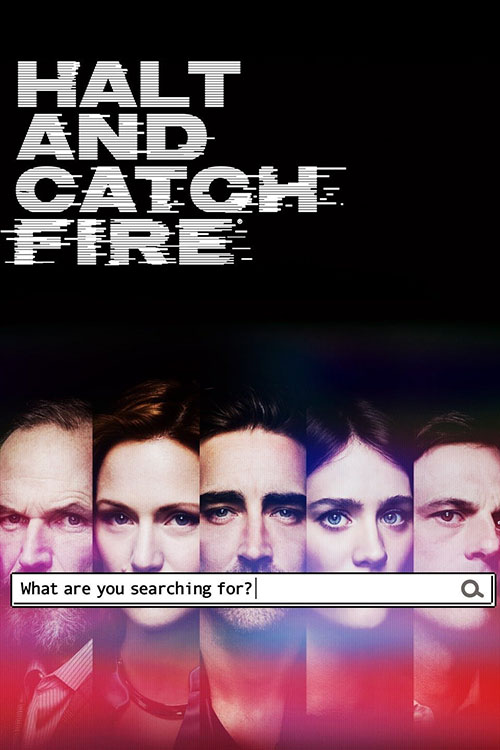 I think the biggest message the show presented was that of change. Most series settle into a format and tell, eventually, the same kinds of stories over and over again, but what Halt and Catch Fire went for was to show the characters constantly evolving, pushing, changing, while the world of technology changes even more around them. If there was any constant in the series it was that the characters were always looking forward, always trying to figure out what was next, and rarely ever managing to beat the competition (especially after season one). Success on the show wasn't measured by how big the characters "won", but whether they manages to realize their idea before they had to move on to the next venture.

The fourth season picks up right around where the third season ended: we'd just time jumped ahead a few years, with Gordon and Donna divorced (as should have been expected with how their marriage was growing apart), Cameron living in Japan and working for Atari on her series of Space Bike free-form games, and Joe, well, being Joe. Gordon has basically taken over the whole Internet backbone project, using the old Mutiny outpost as his business center, while Joe hangs out in the server room, visiting websites and tracking how the web has grown, link by link. Donna, meanwhile, is working for the VC firm (now operating by the name AGGEC), still looking to develop a browser, or a search engine, or something to compete with the rest of the team. And hardly anyone gets along, of course.

Of course, the landscape changes for each of them. Cameron's next game, Pilgrim, is a critical failure and Atari pulls it from the release schedule, sending her spinning. The ISP business grows big enough that Gordon's small operation, CalNect, gets pushed out of the market and forced to sell. Then Gordon and Joe, with the help of Gordon's daughter, develop a new way to find stuff Online, a homesite/portal that collects everything Online and organizes it for viewers. Cameron and Joe get together, Cameron and Donna fight, and everyone continues to try and figure out what's next for the web.

In some ways this season of the show is the most free form of any of them. Previous seasons told a specific story -- the Cardiff Giant, the rise of Mutiny, Mutiny's venture out in California -- but here we get a quick succession of projects and ideas. I have a feeling this is based on the fact that the show was going to end in another season, as per AMC mandate, so the show had to condense any future stories down into a single season. So instead of spending a year on Gordon and Joe's ISP venture, watching it slowly build before everything falls apart, it only takes up the first third of the season. 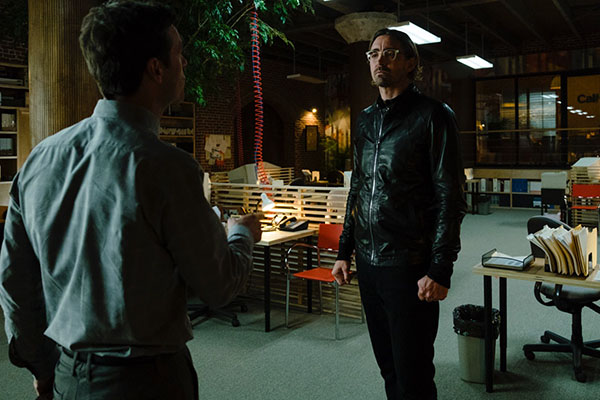 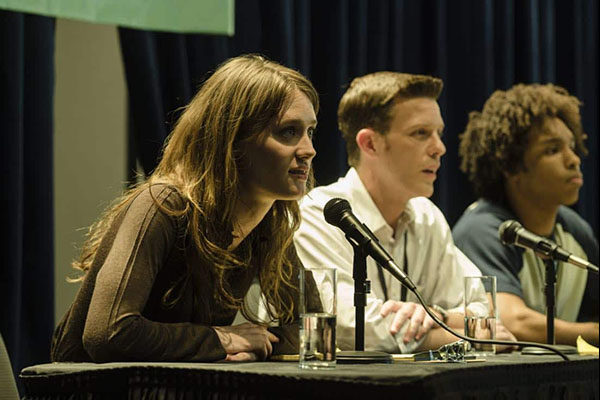 More time is spent on their next project, Comet, which is basically Yahoo! before Yahoo! The show does eventually call this out, o course, having Comet get defeated (more or less) by Yahoo! And yet, at the same time, I would have liked to have seen this storyline play out across an entire season. The show bounces from CalNect to Comet, and while the latter gets better development it still feels a tad rushed, like it needs a little more time to breath and grow so we can learn the slow life-cycle of the project. Hell, this is a venture that feels the same, in scope, as Mutiny and that company effectively got two seasons of story before it died.

The ending of the Comet story certainly feels rushed. Gordon, who has seen ailing health over the course of the entire show (when he discovered he had heavy metal poisoning all the way back in season one), and then he dies a couple of episodes before the end of the run. Joe takes over full management of Comet, and you get the vibe he's doing this to honor Gordon as much as for any other reason. He revamps the portal, makes it a destination for people to explore, not just a site to get you to another site. But then Netscape Browser comes out, Yahoo! is a sponsored link in the top bar of the browser, and Joe pulls the plug on Comet. "We lost, it's over."

Honestly, that's the part I just don't buy. As the show acknowledges, the Yahoo! that was live at the start of Netscape's run was super primitive, much worse than Comet. Just because it's a pack-in site doesn't mean Comet couldn't have competed. Maybe it would have ended up the Beta-Max to Yahoo!'s VHS, but the fight would have been worth fighting, especially if the goal was to honor Gordon's memory. This part feels false, another casualty of the need to wrap up the whole show in this one last season.

But while some of the plotting on the show feels rushed, we still get plenty of time with the characters we've grown attached to so we can continue to watch them grow and evolve. The Joe we remembered from the previous seasons is basically gone, although we get to see it rear its ugly head one more time when he's working with Cameron on Comet near the end of the season (effectively ending their relationship again). I like the work this season does on Joe, turning him into a better person and more realized character, redeeming him in a way so that when he gets his version of a happy ending, it feels earned. The Joe from season one wasn't redeemable. This Joe, though, is great. 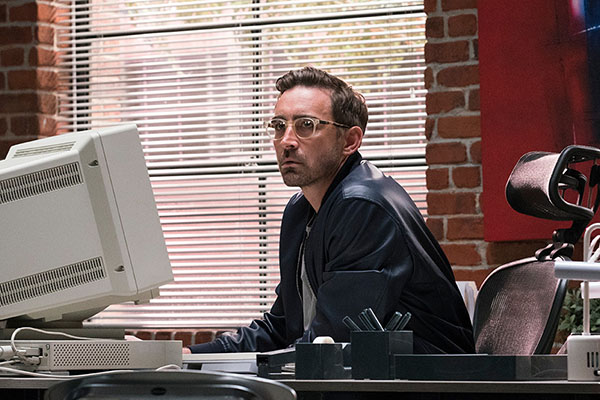 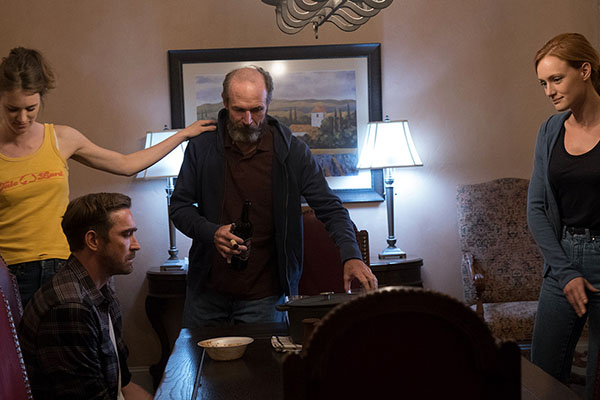 Donna certainly has the farthest to go this season, having effectively evolved into Joe in the time jump of last season. She rides people too hard, manipulates everyone on her team, all to rush out a flawed product no one wants to use (first a crappy browser and then a crappy search engine). Her redemption, finding a way to reconnect with all the people in her life and, really, to learn to not be Joe anymore, drives her storyline and actress Kerry Bishe really sells this growth and evolution. Donna isn't as likable this time around, but she is watchable.

Cameron, honestly, has the least growth in this season, having effectively found her best self last season, especially post time-jump. It's the events around her, and her finding her bliss, that drive the season. And the same, really, can be said for Gordon, who effectively found projects he loved to work on and just has fun with the ride. He gets his happiness, and then dies, and his character found peace across the spectrum in the process. It's a fitting end for him, all things considered.

What I think works best about this season is that, in the end, every character gets to have a proper, fitting ending that still, in a way, is forward looking. Donna and Cameron come together to start the seed of a new idea. Joe goes off to foment a new generation of forward thinkers. And Gordon and Donna's kids each find a version of their bliss to look forward to, especially with younger Haley becoming a programmer as if to say she's taking up her dad's mantle. The ending of the series is perfect, in its way, and precludes the need for fans to clamor for more.

At the same time, were the show to somehow come back, finding some kind of reprieve in the form of a mini-series or movie, I wouldn't be opposed. Through its good seasons and its... less good, the show always had a compelling hook and interesting characters. Seeing where these people went five or ten years later, with how the Internet has evolved since, would be an intriguing hook that could launch a whole new project for any or all of them. The show maintained its quality and went out on the best note it could, leaving fans satisfied and not upset. It's the rare show that manages that kind of ending.