It Can't Just Be a Computer, Man

When it was originally released Halt and Catch Fire, AMC's follow up to critical darling Mad Men absolutely failed to catch fire (pun intended) among the populace. Although there were critics the bucked for the show, extolling its virtues, most people didn't seem to care. The first season took a while to get going, it's main characters weren't that engaging, and all around this was not the Mad Men successor everyone had bee promised. 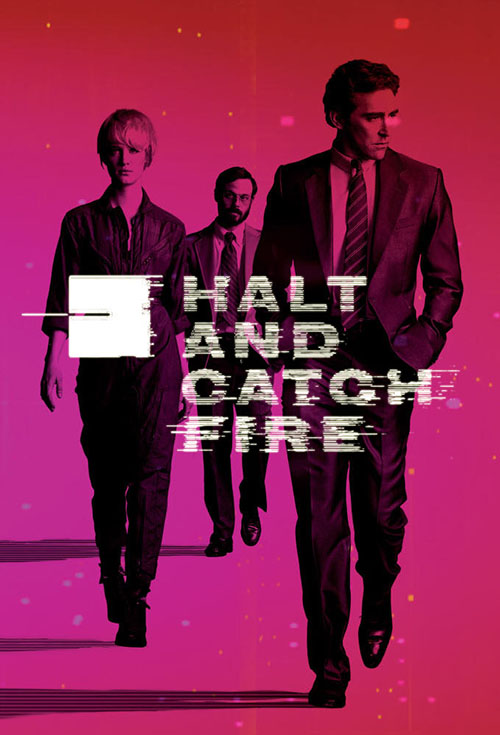 Honestly, as much as AMC wanted this show to be its Mad Men follow-up, casting direct comparisons between the two shows in advertising, I think the comparison actually hurts the show. Direct comparisons are only surface level at best: both were retro shows (Mad Men set in the 1960s, Halt and Catch Fire in the 1980s), with inscrutable lead characters who had dark secrets, while the show casts a glance back at things that were done and how an industry moved forward. But anyone looking for the sexy and sleek style of Mad Men weren't going to find the same style, or substance, in Halt and Catch Fire. This show is much nerdier, and better for it.

The show opens with our supposed Don Draper stand-in, Joe MacMillan (Lee Pace), a salesman from IBM who's come to Texas (the Silicon Prairie) to get a job at Cardiff Electric, a small-time electronics manufacturing firm. His goal: to get Cardiff to build a PC and enter into that marketplace, to make something bold and interesting and substantial, to put their name on the industry (and, via their success, to put his own name on the industry). Knowing that the managers at Cardiff won't just let this happen, though -- that kind of market shift for a firm like this would be expensive and near-impossible -- so he has to make it happen by hook or by crook.

Into his scheme he ropes computer engineer Gordon Clark (Scoot McNairy), a guy who once tried to launch his own computer, the Symphonic, with his computer engineer wife, Donna (Kerry Bishe), only to watch the demo crash and burn on the trade show floor. Since then, Gordon has been working a soulless job at Cardiff. Joe coming along, asking him to help them reverse engineer an IBM so they can make their own, lights a fire under Gordon. And while they get in trouble at Cardiff, they're eventually put on the team to make the computer. All they need is a programmer, and Joe just happens to know a young and brilliant one, Cameron Howe (Mackenzie Davis), who just might be perfect for it if she can tamp down her punk rock, hardcore attitude.

Like Mad Men, Halt and Catch Fire creates a fake company to tell their story around. Cardiff never existed, which frees the show to tell whatever story they want about this fledgling business in the industry. Sure, other company names thrown around -- Joe came from IBM, Donna works at Texas Instruments -- do exist, but the main focus on this show is Cardiff all so the series is allowed to bend rules and create something ahead of its time (because it literally was ahead of where the industry was at). 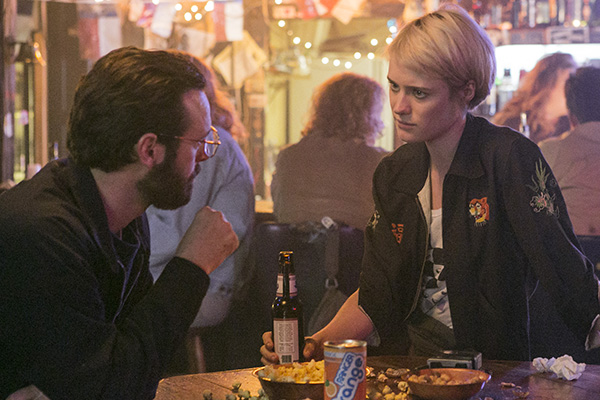 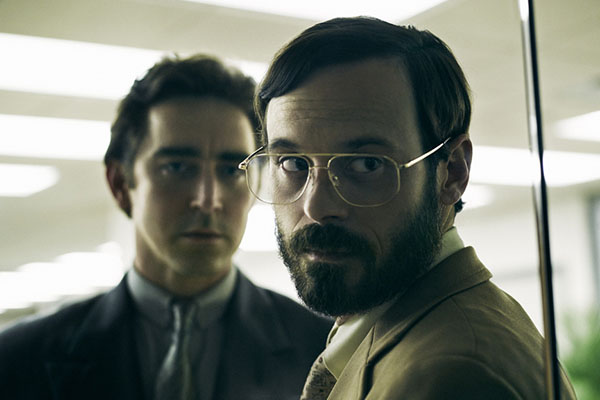 The first season of the show is focused on Joe, Gordon, Cameron, and eventually Donna all working on Cardiff's first computer -- which would eventually come to be called the Giant, in a nice nod towards the hoax of many decades back -- and the drama that surrounds it. This is, again, in contrast to Mad Men as that 1960s-based didn't tend to have many long, overarching storylines. Yes, certain characters would get into multi-episode arcs, and there would sometimes be a through-line through the back-half of a season, but in general the show was much more focused on the specific products the "Mad Men" had to sell episode to episode than in any one product for an entire run of a season.

Halt and Catch Fire, though, invests fully in this computer dream, watching the characters take the Giant (before it even has a name and is just a nascent idea) from concept all the way to competition, documenting all the trials and tribulations that come with it. If you're interested in computers, and don't mind the slightest bit of historical inaccuracy (although "portable computers" existed as early as 1981, and this show is set in 1984, a portable like the one Cardiff designs didn't really get created until 1991 by a computer company named Osborne), then this show delivers on interesting drama for the subject matter.

It does take a certain kind of person to find the design on a motherboard riveting, or to understand the disaster when a whole pile of code is accidentally wiped away and has to be remade from scratch. The show sells this kind of heartbreak for all its worth, having the characters invest fully in these harsh moments. And then, when the team has to go to a trade show and try to find a way to get noticed despite no booth space, no showcase suite, and very little money, you get sucked along for the ride. That said, if computers don't interest you, the subject matter of the show may not interest you as much. Watching people build a computer doesn't have the same understandable thrill of crafting a good marketing slog or a lovely piece of art.

As some reviewers also noticed back when the show first premiered, the first season of the show also invested heavily in Joe and Gordon, making them the focal point despite two other, much more interesting characters, Donna and Cameron. That's not to say the series doesn't give each of the ladies their own times to shine, but that actually only exacerbates the problem. Gordon is a very focused characters, letting everything fall to the side -- his marriage, his kids -- so he can work on the computer, a fact that makes him a little less likable. Meanwhile, Joe is so cloaked in shadows, constantly hiding who he is from everyone, that you never get invested in him. And, frankly, casting him as the "Don Draper" of the show doesn't work, both because he doesn't have secret anywhere near as dark and earth shattering as Don, but also because Lee Pace, for all his acting talent, doesn't have the charisma of Jon Hamm. 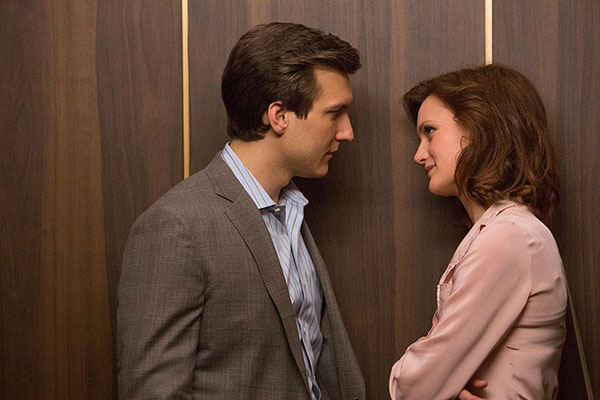 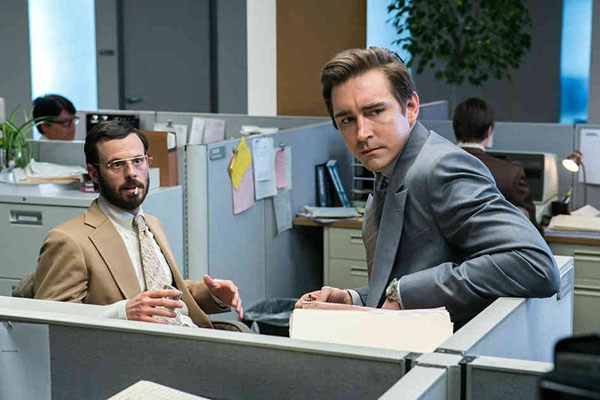 By comparison, though, Mackenzie Davis and Kerry Bishe are wildly charismatic actresses, and the stories they get in the first season are much more interesting than anything the show does with Gordon and Joe. Cameron is a rebel, someone that never wanted a real job but she gets one when Joe hires her to write the underlying code, the BIOS, for the Cardiff computer. She struggles against the bindings that hold her in place, rebels against everything, but her talent, and her heart, shine through. When she wins, you feel the win, and you root for her even when she goes out of her way to screw something up. Meanwhile, Donna is Gordon but with a soul, able to focus on computer projects but still keeping her heart, and her relationships with her kids, alive. She's everything, essentially, that Gordon isn't.

It's pretty clear that the show-runners realized early which characters would become the real stars of the show as, near the end of the first season, the show recalibrates and sets up a bigger project for Cameron and Donna than they ever got in the first season (which we'll address as we get deeper into the series). At the same time, though, we still have to get through this first season to get through to the rest of it. I don't think the first season is as strong as the seasons to come, and I do understand why it felt like this show stumbled out of the gate and was never able to recover, but I still enjoy this first season for what it is. The show finds a way to make the construction of a brand new IBM clone into a fascinating storyline. That energy, the lust for the technology that drives us all, would carry through into later seasons, just with a better handle of the characters and what they could do. First season is good, especially if you give it a chance, but the shows gets even better from here.