The Chronicles of Narnia: Voyage of the Dawn Treader (2010)

After watching the second Chronicles of Narnia film, Prince Caspian, I was filled with a bit of hope for the series. After a rough start with the first movie, The Lion, the Witch, and the Wardrobe, the series seemingly found its feet and learned how to make a good fantasy movie with the budget and resources at the production team's disposal. Going forward the hope was that any other films the team made would be as good as the second in the series. 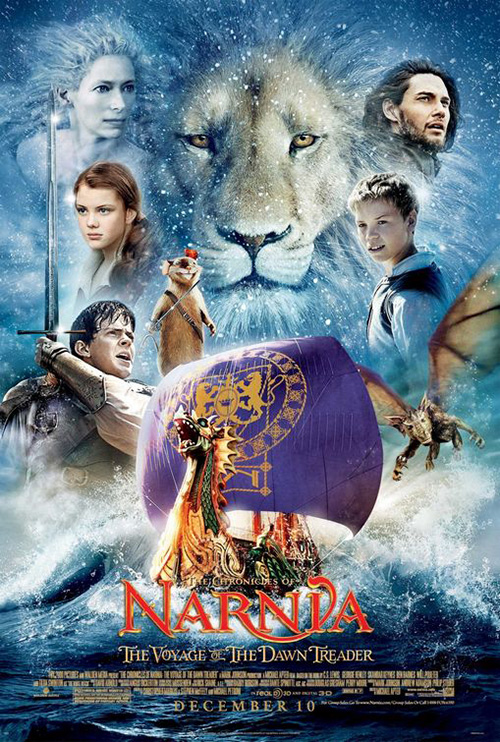 Unfortunately, Voyage of the Dawn Treader is no where near as interesting a movie as Prince Caspian. Where the second film had a rip-roaring tale of betrayal, adventure, and war (with just a small pinch of the swashbuckling swagger of The Princess Bride), Voyage gets mired in a ho-hum fetch quest with poorly explained goals and an anti-climactic climax. The production team turns in good work, but the fault with this film lies in the story, and the blame there is entirely with C.S. Lewis.

The film begins (as with the book) with the Pevensie's youngest children, Edmund (Skandar Keynes) and Lucy (Georgie Henley), staying with the cousins for a few months while World War II continues to rage on. The bane of their existence is youngest cousin Eustace (Will Poulter), a little shit of a boy who is constantly complaining, acting like a dick, and working to get his two cousins in trouble. Adventure suddenly comes calling, though, when a painting (depicting a rather fetching galleon on the high seas) starts gushing out water. Edmund, Lucy, and Eustace quickly find themselves floating in the high seas of Narnia right near the galleon they spied in the picture, the Dawn Treader, with King Caspian X (Ben Barnes) in command.

Glad to see the two Pevensies (and less glad to see their little shit cousin), Caspian explains that they're on a quest to save seven Telmarine lords who fled the main land when Caspian's asshole uncle was making his power play (which might explain all the empty chairs in the Telmarine court, a nice bit of setup there actually). Caspian wants to find these allies of the throne and bring them back, but it's going to take sailing into uncharted waters and dealing with all the strange and fantastic creatures that live there. It'll be up to the crew, and the Pevensies, to save the day for Narnia once again.

There are any number of problems with Voyage of the Dawn Treader, all inherent to the story, but the biggest and most strike issue is a complete lack of a proper villain. The first two films both had solid villains, with the White Queen (as played by Tilda Swinton) being the stand out. Having a villain to hate gives the movie direction -- we have to beat this person and end their evil reign, so let's get to work! -- but without a villain you're left wondering just what's the point of the adventure. 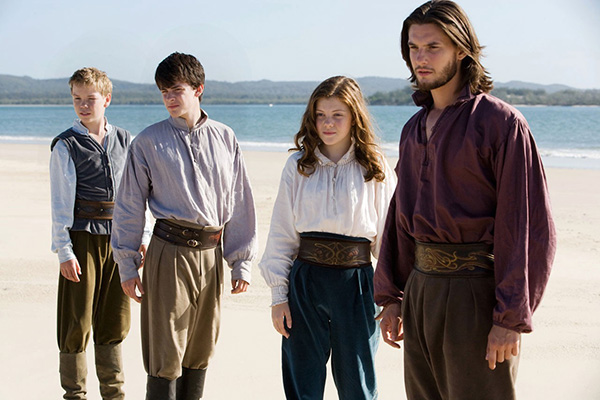 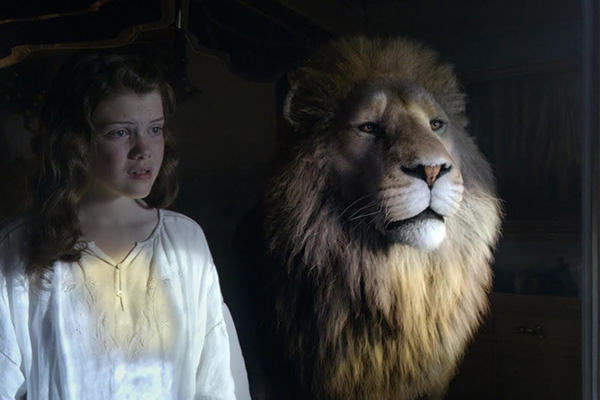 It doesn't help that the characters are motivated to find seven lords that we've never seen before. If they were characters we'd learned to care about in previous movies, like Peter Dinklage's dwarf from Prince Caspian (who sadly doesn't return this time around), or if any of the Lords had shown up in the previous film so we knew who they were, we'd probably care about this quest. Instead we're left trying to care about a quest for seven nameless dudes who, up until we went on this adventure, had absolutely no bearing on the story as a whole. They're just guys and we're told they're important (once more illustrating to need for showing, not telling, in stories).

There's a void at the center of the movie, a lack of motivation of any kind. To make up for this the story tries to distract us with cool sights (like a lake that turns everything that touches the water into gold) and neat ideas (like Eustace getting turned into a dragon so we don't have to listen to him constantly complain). There are plenty of cool things going on, but they're all stitch on to a threadbare story that doesn't really go anywhere. "We have to find the seven lords, and to do that we have to collect their seven magical swords which also had never been mentioned before now but apparently are critical to the functioning of Narnia. Okay, anything else you want to retcon in while we're at it?" It just doesn't work.

But, again, this isn't really the fault of the movie; this threadbare plot was in the book, too. It's part of the reason why I barely remember anything about this story: it's just not interesting. While the other books from the series easily stuck in my head, this novel felt like padding, a bit of a diversion before the next tome came out. A few interesting ideas the author wanted to explore but not enough to really carry a full adventure. The movies, going in order and adapting each of the novels in turn, had to tackle this story but there's not a lot that could be done with a tome this tedious.

Of course, some blame can be laid at the feet of the production team because they were devout in their idea that they had to adapt the novel faithfully. This gets back to a point I raise when talking about Lion, et al where the production team was clearly trying to ape the style of Peter's Jackson's Lord of the Rings movies, a trilogy of films that tried very hard to adapt every page of their books to the screen, minute-by-minute (especially if you watch the Extended Editions). The producers of Narnia wanted to do the same thing thinking this is what audiences expected: truly faithful adaptations that didn't take any liberties and made every page live on the screen. 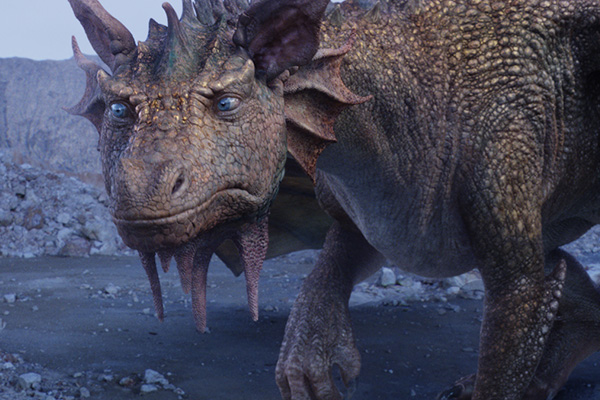 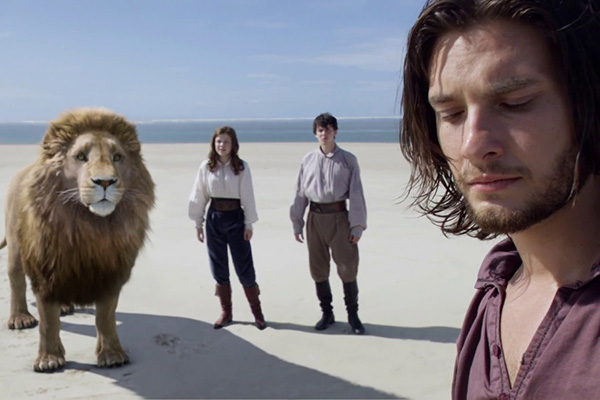 That doesn't always work, though, as not every novel is worth adapting to the screen, one-to-one. Stories on the page are different than those told in live action, but (especially after Lord of the Rings) there was an expectation that novels would be adapted exactly. It's a "damned if you do, damned if you don't" proposition because the producers could either make the movie faithful and potentially make a boring film (as they did here), or they could take liberties and quite possibly alienate the core base of Narnia fans. I understand the impulse, the reason the film was made this way, but that doesn't make it forgivable.

It's tragic, too, because it's plain that a lot of care went into the production. The special effects are even better here than in the previous films (just wait for Azlan to show up because the SFX team really got the fine hairs and fur of the lion just right). Not everything is perfect -- Dragon-Eustace is pretty hideous -- but overall the effects, sets, and design are all top notch. This is paired with even better acting from the three leads, meaning that every part of this production, outside the story, was fantastic. This easily could have been the best of the trilogy... if only they could have done something interesting with the story.

Instead we have a wonderful team putting their hearts and souls into a story I struggled to pay attention to. I wanted to like Voyage of the Dawn Treader since it's the third film in a series that was showing great signs of life, and also because it's the final film in the series (since Walden lost the license to the films soon after), but sadly the series ends on a poor note, a final film that fails to cap the trilogy in a satisfying way.