There are some movies that are considered such classics that I just assume everyone has seen them. Clearly, everyone should already know how they feel, one way or another, about films like The Wizard of Oz, or E.T., or Star Wars since, presumably, everyone on the planet has, by now, seen these movies (at least once). For most of us, I'd say The Princess Bride is on that list. It's so well known, referenced so much Online, that I don't know how people could go without seeing the film. 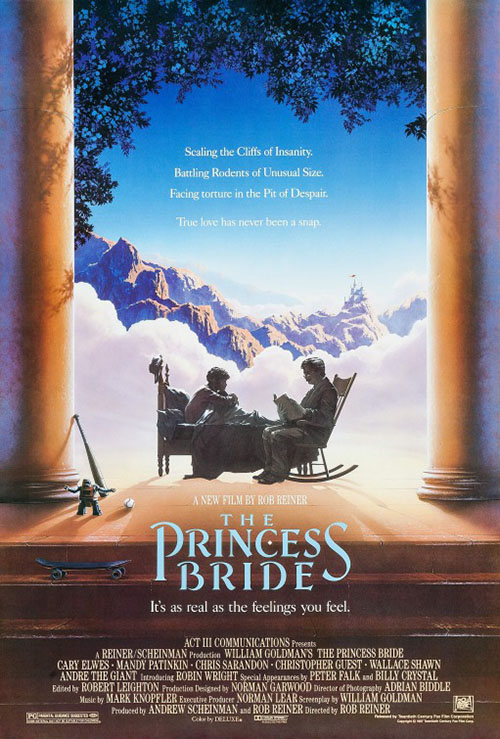 If, somehow, you've been living under a rock for the last 30 years, The Princess Bride is really a story within a story, as the movie deploys a framing device -- a grandfather reading a fantasy novel to his grandson -- while most of the action takes place within the heightened reality of the fantasy setting. Within the novel, there's a tale of love and heartbreak, pirates and intrigue, revenge and justice. It's a story that, at first glance, seems to try and work every fantasy trope into itself (just short of unicorns and dragons), all to tell a tale that, admittedly, doesn't sound all that impressive when written down in an article such as this.

It's not the story, though, not really, that hooks so many people in. Sure, the romance angle is a classic storytelling device to get people watching (or reading) a tale, and it's certainly played well in the movie by Robin Wright (as Buttercup) and Carey Elwes (Welsey). But then, even the names of many of the characters are pure cheese (such as "Buttercup"), thrown in to take a little of the edge off a seemingly bog-standard fantasy tale.

I'm not ripping on the movie (or the book that preceded it) when I talk about how the story itself isn't really all that special -- that's honestly part of its charm. The movie really works as almost a parody of the kinds of fantasy films it's partaking from. Much of the story works as a kind of single-player D&D adventure with a hero coming to the rescue of a fair maiden, dealing with one challenge after another before saving the day. It just so happens that once the girl is rescued, the film takes a turn and recontextualizes just about everything you learned in the first half of the film. The second half, where anti-heroes become heroes and nobles become villains, that really ignites the story and brings everything together for a satisfying conclusion.

But then, most people don't go to the movie, time and again, for the story alone. Much of what makes The Princess Bride work is the immensely quotable script. There are more great lines here than any one article could hope to list (so I won't list any of them instead). If, somehow, you really haven't seen this movie before I'm sure you've at least seen many of its lines pasted onto meme-pictures and scattered all across social media. This is one of the most re-quoted movies around, up there with Monty Python and the Holy Grail for great bits to watch, memorize, and quote again. 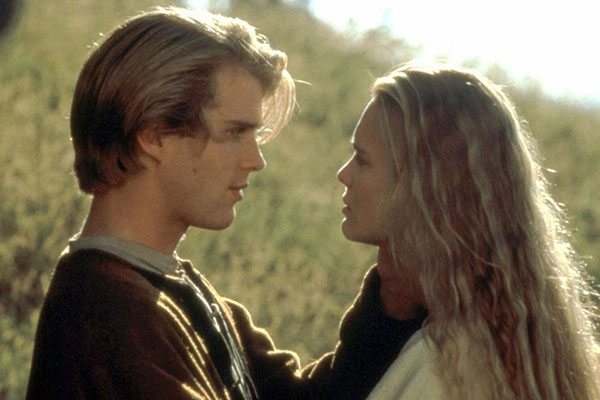 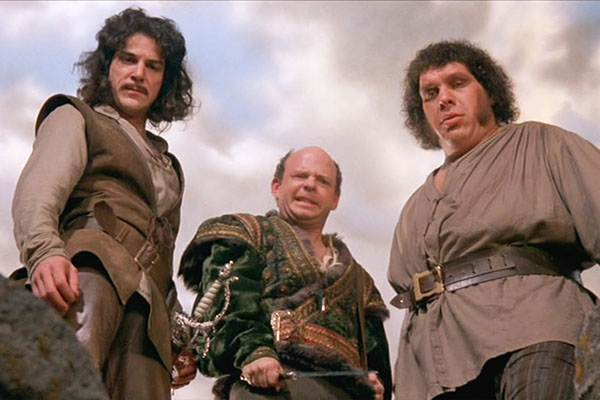 It's interesting, though, that for all the popularity the movie has now (a cult classic so big I don't think we need to use the "cult" term anymore), it wasn't much of a success back in the day. The film did modest, but not outstanding business at the box office ($30 Mil against a $16 Mil budget, positively paltry by today's standards), and probably would have been forgotten if not for the cable movie channels putting films on constant loops back in the late 1980s and early 1990s. A film that didn't do well at the box office could find a new life on cable, and a movie like this could easily hook viewers in time and again with it's fun dialogue and great set pieces.

As noted above, much of the charm of the film comes from the performers giving their all to the production. Honestly, the two leads are the least interesting parts of the film, with Buttercup being a fairly flat character (despite Robin Wright's best attempts) and Wesley is fun but fairly shallow. His story essentially ends once he finds and saves Buttercup, which may be why the back half of the film is devoted to other characters reuniting with him to save the day, taking the focus off the "hero" to give these other guys the lead.

Really, when someone talks about The Princess Bride, the character they probably think off immediately is Inigo Montoya. Played here by Mandy Patinkin, Montoya steals every scene he's in. A charming, rakish swordsman on his own personal quest for revenge (against the six-fingered man that killed Inigo's father), Patinkin gives the character both charisma and soul. Oddly, Patinkin himself doesn't seem to care much for this character anymore (often dismissing the role despite it being one of his most popular), but whatever he feels now, or might have felt then, he certainly made Inigo into a memorable character.

Also great is Inigo's partner in crime, Fezzik the giant. As played, appropriately enough, by Andre the Giant, Fezzik is a big man with a warm heart. From everything I've read about Andrew the Giant, the character of Fezzik really wasn't that far off from his real personality. So, sure, this is type casting of an actor for a specific role, but it's hard to think of anyone (at the time or even afterwards) who could have played this character better. 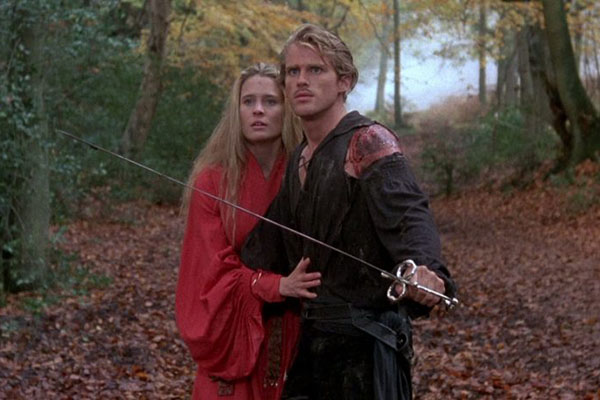 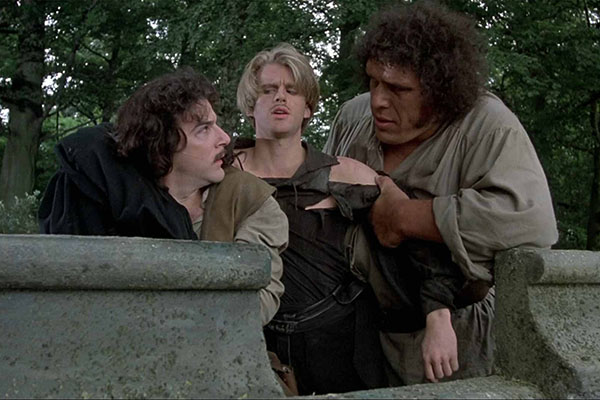 And then of course you have the great side characters and their actors, from the weaselly Prince Humperdink (and delightfully smarmy Chris Sarandon, in a character not far from the performance he gave in the original Fight Night) and the constantly quoted Sicilian, Vizzini (Wallace Shawn, doing his best Wallace Shawn, as he always does). There are so many good actors who made these characters great, and if Hollywood were ever to do a sequel (or remake), it's doubtful it ever would be as good as the original, since they'd have to recast basically everyone at this point.

For a while there, once the film gained it's cult status, there were discussions of a sequel. Certainly the original book was supposed to have a sequel, but the author never seemed to get farther than a single chapter. Whether he really wanted to create a full sequel, or if he just liked teasing people with the promise of a single chapter, never to go further, is up for debate. Certainly either explanation fits the style of the book (and the film to follow).

Having read the book, which really is quite good, and seen the movie as well, I do think the movie is the better production. It's certainly tighter and lighter, a better romp (although the book has it's charms). I certainly expect anyone reading this site to have already seen the film, and a number of you probably read the book as well, but just in case you've done neither: start with the movie. It's a charmer, and then you can be in on all the quote and jokes Online.

Now I guess I have to go watch an review Holy Grail at some point...