Just Keep Feeding Them In

At this point I've already watched more killer shark movies than I ever really wanted to. While, as I noted before, I liked the original Jaws for what it was, a largely inoffensive and not overly scary shark thriller, but each of the sequels managed to mine diminishing returns from the basic concept. Even now, years later, we've had plenty of pretenders for the throne, but none of them have managed to truly evolve the shark vs. man genre one iota. 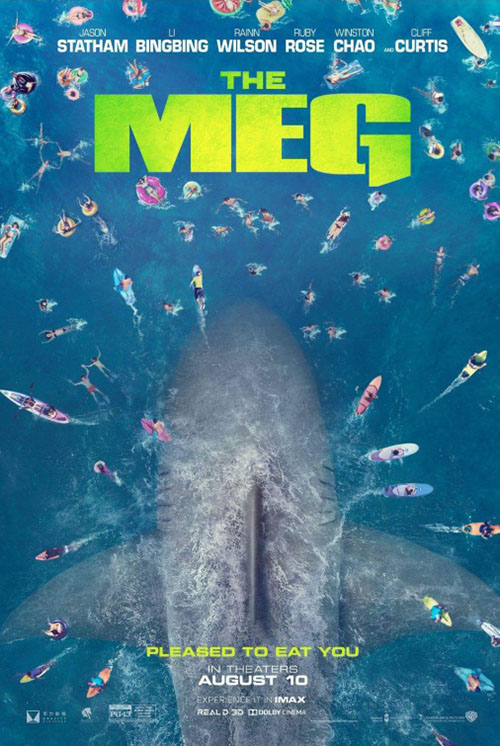 As a prime example of this, take the recent Jason Statham action flick, The Meg, a film that hoped to kick-start a new wave of shark-attack films. On its side is a decent budget, a game cast, and a few clever sci-fi additions that help to make the film feel at least a little fresh. Unfortunately, at the end of the day, it's still a film about a big shark attacking little humans and, in that regard, it's just another pale imitation of the original Jaws.

The film opens a few years before the main events of the movie. Jonas Taylor (Jason Statham) is leading a rescue expedition to a sunken nuclear sub. While saving the men on board, the ship is attacked by something huge. Jonas takes the men he can back to his rescue sub, but two of the crew are stuck behind. The boat ejects off, leaving the two men to die, which then leads to Jonas being stripped of his reputation. Five years later, Jonas just hangs out on a small island, drinking beer and watching the world go by. That is until Dr. Minway Zhang (Winston Chao) and Jonas's old friend, James Mackreides (Cliff Curtis), come calling with an important mission: one of their submersibles found a way down beneath the Mariana Trench, finding a new ecology below. What they also found, though, was the same type of giant monster that Jonas dealt with all those years ago.

Now Jonas has to go to the special underwater lab, Mana One, get in a sub, and save another team of diver. Even then, though, the monster is still out there, and now the team knows it exists. It's a Megalodon, a giant, ancient shark that's been living, and propagating, beneath the Marianas zone for millions of years. Now it's out, and free, and will have to be dealt with at any cost.

The most interesting part of the film is certainly the front half. This portion, with Jonas leading expeditions, going out and saving the crews of sunken subs, feels the least like Jaws. It's an underwater adventure, like the cruddy underwater sections of Jaws 3-D, but done with a budget and produced well (and, also, without the unnecessary, gimmicky 3-D thrown in). It's fun and thrilling, and interesting take on the material which made it quite enjoyable all around. 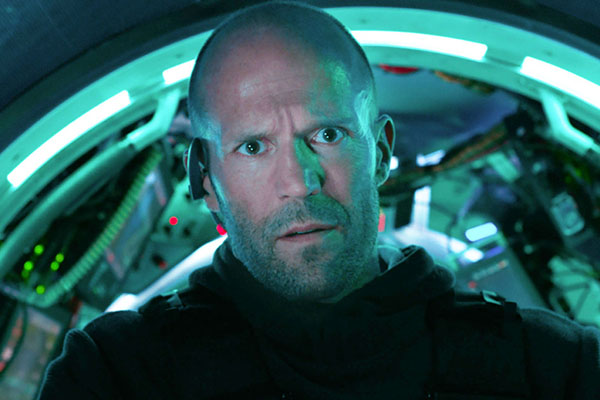 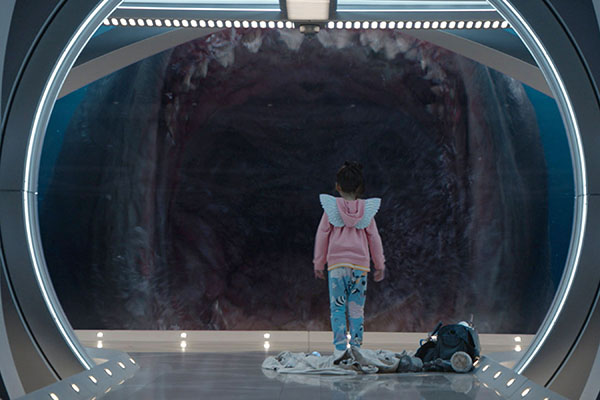 That also extends to the portions of the movie set on the underwater base, Mana One. The movie seems like it's building to a big confrontation between the shark and the people trapped in the underwater base. This might have seemed just a touch derivative (it certainly brings to mind portions of Deep Blue Sea), but the inclusion of a mega-shark certainly could have spiced up concept and given us something new and daring.

New and daring, though, was not what the film was really interested in. Once the film gets the crew all back on the base, it then sends its main characters on a hunt for the mega-shark, and this is when the movie becomes so much less than the sum of its parts. It strips away the sci-fi trappings and essentially gives us yet another riff on "brave men go on the water to find their great white whale" or, rather, great white shark. It's the exact same story we watched in the original Jaws with the only difference being that the shark is bigger. It's not scarier, or more action packed, or anything like that. The film doesn't try to find new ways to riff on the same material of Jaws -- in fact, it goes out of its way to basically restage scenes from that movie, just set around the Thai and Chinese coasts instead -- but it doesn't do anything new with the setup.

It's tragic, really, because the film has a great crew in front of, and behind, the camera trying to make this movie work. Naturally, Jason Statham is the glue that holds the film together, such as it is. Statham is a charismatic actor who can do a film like this in his sleep. While this material might be beneath his acting talent, he still invests in it fully, selling the hell out of the dorky story all that he can. He's rounded out by great character actors, like Rainn Wilson (and the rich industrialist Morris) and Curtis (as Mac), but there's really just not enough for the cast to do here. At a certain point it just scenes of the shark swimming around while actors act against a green screen. It not only feels weightless but also silly, neither of which are feeling should get from a film about an ancient mega-shark.

Much of the trouble, really, comes from the fact that the shark is an entirely CGI creation. There's no puppetry, no practical effects to it once the crew is all out of the water and back in the safety of their base. From that point forward all the thrills from from CGI, and the special effects crew just wasn't up to the task of making the shark seems real in this context. It's like when you're watching the recent Hobbit films, and everything seems so fake you just can't invest -- that's what it felt like in the back half of The Meg. Once the shark hunt begins, the film loses all it's thrills. 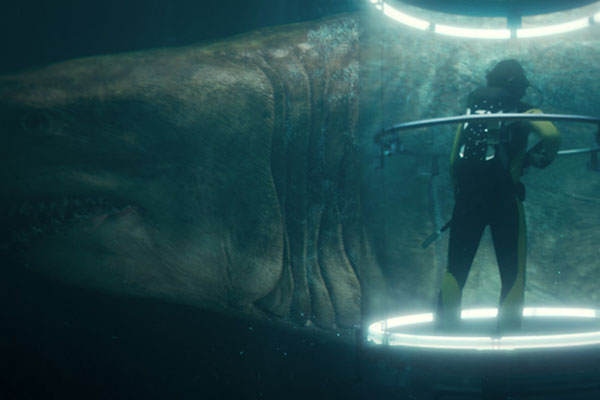 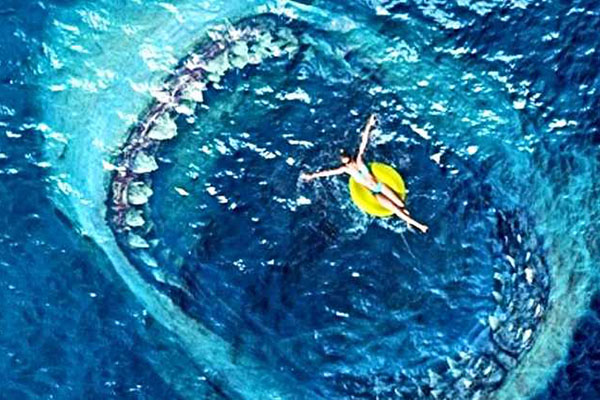 I get that The Meg is a big, dumb shark movie. It does have it's fun, dumb moments (most of them powered by Statham) but those aren't enough to power the movie. It never quite gets goofy and dumb enough to really be enjoyable, nor is its sci-fi ever good enough to treat the movie like a smart epic. It rides between the two sides, simply coasting along in the water, grabbing a few quick thrills and then quietly ending.

The Meg is enjoyable enough, one time through, but it's hard to see American audiences going back and watching it over and over again. But then maybe we weren't really the intended audience for this movie. As a U.S./China co-production, maybe the reason why this film plays like such a lazy rehash of Jaws is because Asian audiences were hankering for a mega-shark movie they could call their own. Certainly the film was a decent success (making over $300 Mil worldwide), powered in no small part by Asian audiences. Perhaps the real goal here was to make a Jaws that would get a few American eyes while selling boodles of tickets on the other side of the world.

Perhaps if you're in the right audience -- i.e., people that haven't already seen Jaws and want to see character on screen representative of themselves -- this film could be quite enjoyable. For this jaded critic that's already seen more shark movies than he ever wanted to, The Meg is an okay way to spend a two-hour chunk. Next time, though, I'll find some other fish-bait to watch.