Chum In the Water

I will admit that I was pleasantly surprised by the first Jaws. I knew it was a Spielberg film, and the man usually knows how to direct a good flick. Sure, he's had some dudes (Indiana Jones and the Kingdom of the Crystal Skull certainly stands out for me), but I've enjoyed a fair number of movies from him that I should have given him the benefit of the doubt. Just between everyone telling me I had to see it and the 1970s trapping the film wasn't able to shake off, the film was never high on my list of must watch movies. And yet, it was really pretty good. 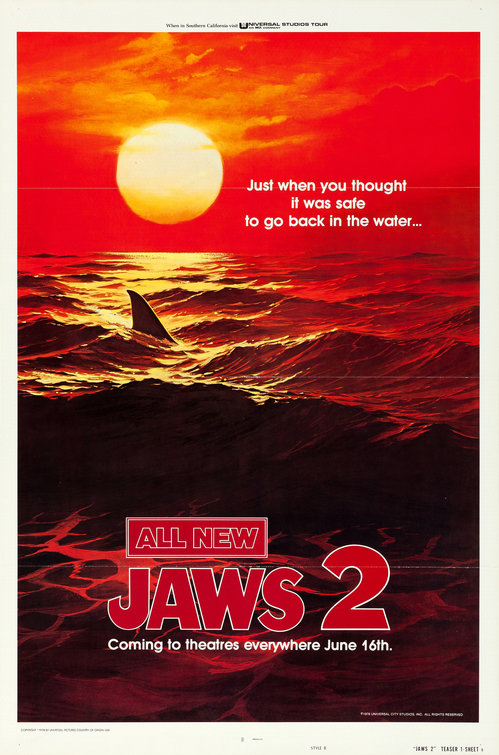 That said, Jaws 2 in no way deserved the benefit of the doubt. Everything about the movie screams the fact that the sequel is a cheap cash-in on the success of the first film, right down to the fact that Spielberg didn't return to the director's chair for this second effort. I'm not sure having a good director behind the lens could have saved this film since the script, and everything else about this movie is awful as well, but it might have helped a little. Instead, where Jaws sang, Jaws 2 is but a pale whimper.

Three years after the shark attack off the coast of Amity, the town has settled into quiet peace once more. People play in the waters and there's a vibrant sailing community tearing across the waves. It comes as quite a shock, then, when people start disappearing in the waters of Amity once more. Chief of Police Martin Brody (a contractually obligated to return Roy Scheider) once again investigates and is stunned to realize that the town may once again be plagued by a shark. Of course, the city counsel doesn't believe him and, when push comes to shove, they shove Brody out the door. But they'll be sorry when that shark comes calling because Brody is the only one left in town that can stop it.

I wouldn't say that Jaws 2 is a retread of the first film; it wisely attempts to avoids doing the same scenes in the same order again. I wouldn't go so far as to call it a fresh, new story, though, as that would imply there's an actual story in this film. While the first movie delved deep into the investigation, having the leads root out evidence of the shark before spending the last act hunting down the beast, Jaws 2 simply makes it known there's a shark in the waters and then lets people die, over and over again, until Brody finally shows up to stop the beast. It's less a story than a collection of kills before a big climax.

Put another way, if the first film was a disaster movie with a big, monster battle finale, the sequel hews much closer to the slasher genre. We have a killer, one who magically can appear right behind unsuspecting people before giving them a brutal death, and then afterwards everyone else stands around wondering where their friend went. The shark in Jaws 2 has less in common with actual sharks than Jason Voorhees from the Friday the 13thOne of the most famous Slasher film franchises, the Friday the 13th series saw multiple twists and turn before finally settling on the formula everyone knows and loves: Jason Voorhees killing campers 'round Camp Crystal Lake. series. He's a hulking, monstrous beast that simply kills before he wants to without any rhyme or reason. It's certainly a different interpretation, that's for sure. 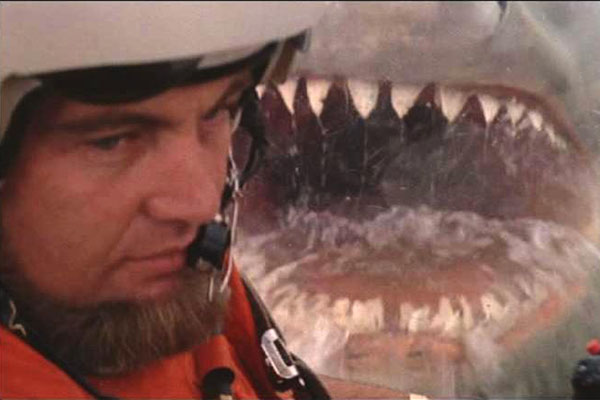 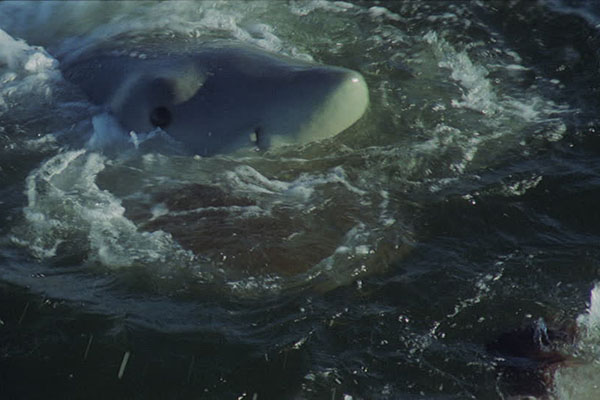 Of course, by making the shark into the "Jason of the Life Aquatic", the film manages to lose all the grace of the first film. Gone are the long, lingering shots that build suspense and terror. The film goes out of its way, instead, to announce the shark at every moment, using the icon John Williams shark theme to declare the shark's presence right before the fin pops up on the water. Soon after, someone is bound to die, every time. There's no artistry to the monster attacks, none of the style or substance Spielberg managed to bring to the subject matter in the first movie.

But then there really isn't any artistry to the film at all. The kills, basic and stupid as they are, come at regular intervals. In between that we have plenty of inane shots of disposable teenagers, and plenty of lingering establishing shots of the beach to fill for time. This is a plot-line that could have easily been wrapped up in half-and-hour if the police would have just gone out on the water at the first notion a shark might have been in the waters. This Jaws was clearly ready to kill anyone and anything that went into its turf so it was bound to show up once the police were on the scene. Instead, the official spend most of the run time dicking around with a criminal lack of urgency.

It's especially stupid when you remember that Amity had already suffered one shark attack so far. It was never explained why that first shark showed up so it stands to reason that their island was just a prime spot for sharks. But, instead of taking the threat of another shark seriously, the town counsel -- the same counsel from the first movie, mind you -- dismisses the possibility of a shark once again. Everyone in charge of this town is criminal stupid and it's amazing anyone is still alive in this place at all.

The entire movie would be a complete waste, in fact, were it not for Scheider. Even with a terrible script and barely anything to do, he's still able to make Brody watchable. He's way too good for this movie and I feel bad he was forced, due to his contract, to make this film as well. It has to be a low point for his career and the only upside for him is that he at least didn't have to come back for the third film. 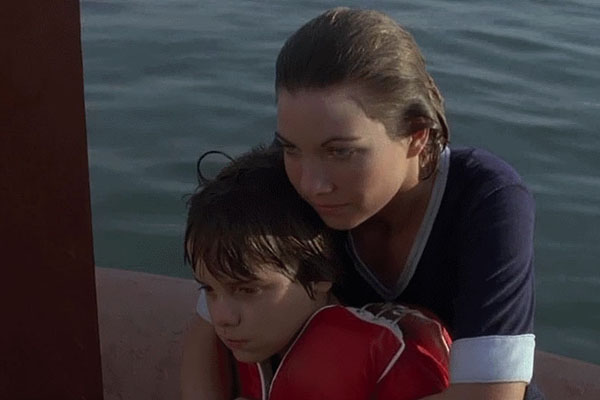 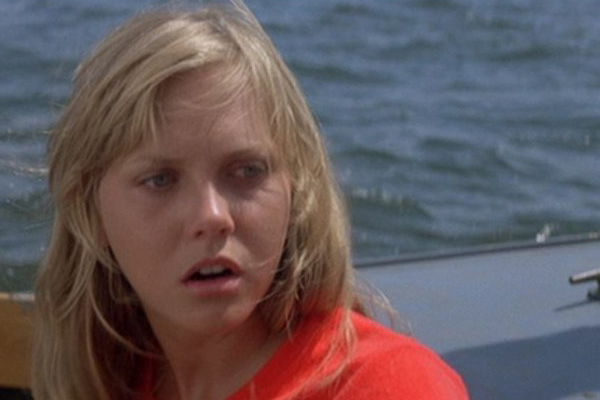 Really, the biggest issue with this movie is that it never does anything to justify its own existence. It's built on a single idea, "what if Amity suffered another shark attack", and then doesn't do anything new with the material. More people in the water, more people eaten by a shark, all with a lather-rinse-repeat mentality. It's silly to think that another great white would just magically appear in this coastal town, but even when the shark appears no one goes to investigate why Amity has suddenly become the number one great white tourist destination. Jaws 2 simply can't muster any reason to put the town through all this crap again.

While researching this film I did discover that this film was a huge hit. I mean, sure, that's not a real surprise since two more movies were made after this -- clearly someone went to see the film with the dubious thought that the second movie could be anywhere near as good as the first. What I found surprising was that, for a few years, it took the title of "biggest sequel in movie history", right up until Rocky 2 came out in 1979. Of course, sequels weren't big business back then like they are now, and certainly Jaws 2 didn't make nearly as much money as the first film. But it's still shocking to me that a movie this bad could claim that title at all. What did other people see in this movie that I clearly failed to notice? Why was it such a hit?

It's a question I will continue to ask as I dive further into this series, I'm sure.