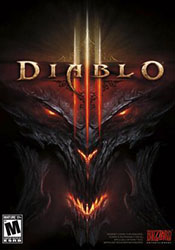 I have been playing a ridiculous amount of Diablo III lately. The game is a huge amount of fun, especially on the XBox (well, I guess I should probably say consoles, but I own a XBox, so that's the version I'm playing). I just find the game fun to run around in a mindlessly kill monsters. It's the same thing I had when playing the Borderlands games -- run around, kill, collect, over and over.

Something about dungeon crawls really works for me, so long as they're done right. And, of course, that's the trick: making a good dungeon crawl is hard.

I remember playing a lot of Phantasy Star Online (the Game Cube version, because apparently I always play games on the "wrong" consoles). That game was a huge amount of fun for a while, although it could quickly wear out. You basically had four sets of stages to work your way through (four worlds, each with two stages and a boss level, if I remember correctly). And you could explore through, killing enemies and collecting random loot. Once you played through the stages, you could go back, play them again, or move on to the next world. Even after you finished out first full round of the game, there were hard play throughs you could do.

For someone looking for mindless carnage and treasure hunting, it was bliss.

Issue was, there just weren't enough stages (or quests, for that matter) to make playing the game over and over again worth while. I remember the end boss got progressively harder on each play through. The character types I liked to play were especially bad at later forms of the end boss, so I had to do a lot of level grinding just to get my character up to any sort of fighting shape. I got bored of that after a spell, and just gave up.

It was with Borderlands that I found my treasure hunting bliss. The world was larger than what was provided in PSO, and there were more quests and more to do. Borderlands isn't a deep game -- it's basically a first pwerson shooter with some limited RPG elements grafted on. The characters don't even have all that much "magic" they can do, being limited to one special power each. And yet, as shallow as the game is, it's just fun. Even after playing through the main game (twice for each character class I liked, first and second play through), I still spent months just running around, trying for the best loot. The game excited that part of me that said "you're an over powered god and you want treasure", and I had to agree -- I was, and I did.

Which is what I think really clicks for me with Diablo III. I have a couple of characters I've played through the game with (all four play throughs). I'm an over powered god, even on the harder monster difficulty settings. And yet I still enjoy just rampaging through, completing quests and getting treasure. That next monster may have a crafting recipe I need, or an orange item to complete one of my collections.

Honestly, it ends up sounding a lot like Animal Crossing, what with all the collecting and moseying about, checking out every nook and cranny for new things to do. If they let me rampage around, killing my neighbors, I would play the shit out of Animal Crossing.

Nintendo! Make me that game!