When it comes to comedies of the 1980s, few have the cult appeal, the long legs of 1985's Fletch. Coming as it did one year after the release of Beverly Hills Cop, an action-comedy vehicle for Saturday Night Live cast member Eddie Murphy, Fletch seemed to tap into that same zeitgeist that audiences were looking for: action-comedies starring former SNL members. Considering this film managed to make $59 Mil off an $8 Mil budget, it would seem this was what fans were looking for (even if it wasn't the massive $300-plus Mil Murphy has scored just a year prior). 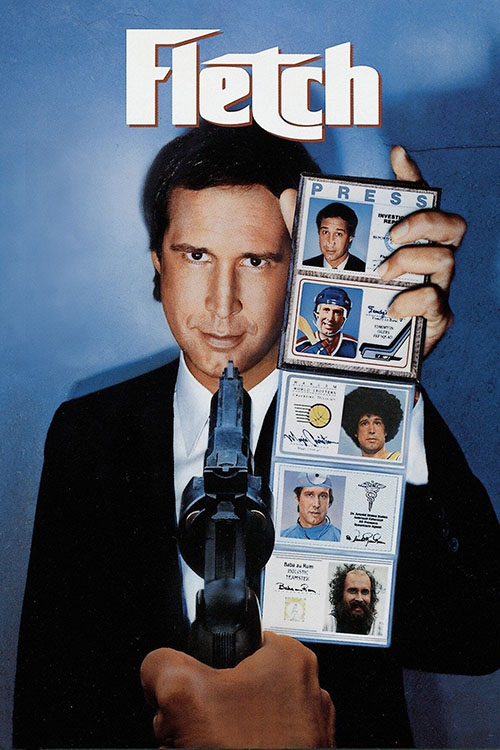 The film is hailed as one of Chevy Chase's films. It has such a hallowed spot on the altar of comedies that no other comedian wanted to even touch the role of Irwin Fletcher for decades after. This despite the likes of Kevin Smith and Bill Lawrence taking cracks at a later continuation, there was a solid 40 year span where the only Fletch on the big screen was Chase. This was his role and he owned it. It was a success, one he didn't have to share with an ensemble cast, so everyone could say, "this was a movie that Chevy Chase drove all on his own."

With that out of the way, though, I'm going to say the unthinkable: frankly, Fletch just isn't as funny as I remember. Don't get me wrong, the film has some amusing moments, mostly from a few decent lines and Chase's delivery. But it was pretty clear the film wanted to be bigger and broader, wanted to go for huge laughs, and not all of those lands. There's a amusing scenes, good lines, and some great reactions from Chase, to be sure. Overall, though the comedy in the film is less interesting than the actual mystery at the heart of it all, and that's the part I really wish the film could have focused on more.

The film is all about Fletch, real name Irwin Fletcher (Chase). For months Fletch has been working a case at the beach, trying to track down how the drug that had become so prevalent down by the docks had been coming into the city. While going around, undercover, pretending to be just another druggie on the sands, Fletch has a chance encounter with Alan Stanwyk (Tim Matheson), a rich real estate industrialist who, so he says, is also dying of bone cancer. For Fletch, who Stanwyk seems to think is just another burn out loser, the millionaire has a proposition: kill him so his wife can collect the life insurance money. Stanwyk had it all planned out, Fletch just had to show up at the mansion on the right now and do the deed. In exchange he'd get 50 grand and a airplane ticket to Rio in his name. Easy.

Fletch agrees to the deal, but suspecting it was all bullshit and there was something more going on, he also starts digging into Stanwyk to see what all was really going on. What he discovers is a web of fake real estate deals, embezzled money, fake marriages, and, somehow, a bunch of dirty cops. Almost improbably it all also ties into Fletch's case on the beach. Fletch finds himself on the run for a bunch of bad cops, with a warrant on his head and nowhere to go. To get out of this mess it'll take all of Fletch's smarts, and creative skills, to really find out the point of this nefarious plot and clear his own name. 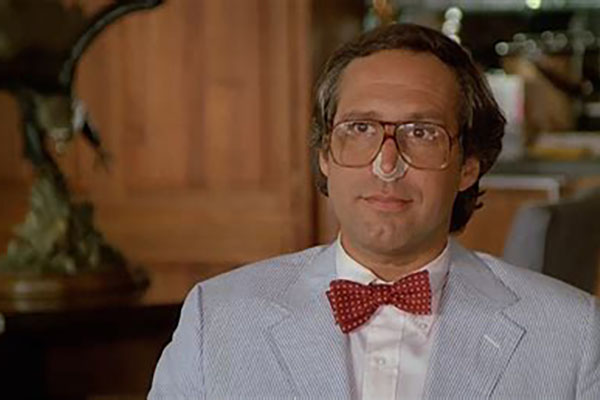 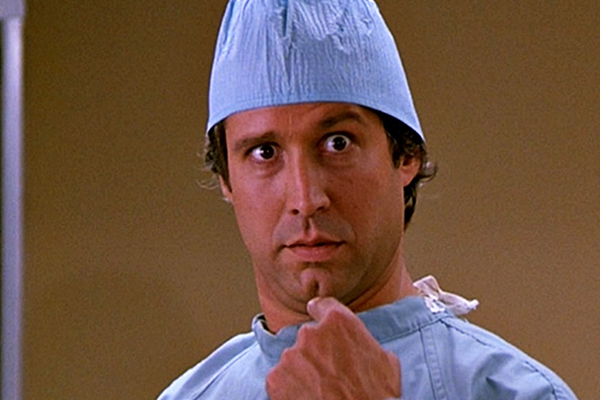 When I look back on Fletch I tend to remember a few key moments. It's the funny lines he says, like an amusing delivery of "Moon River", or the costumes he'd put on to pretend to be someone else. Often the way he'd wear a costume, and the reactions he'd give, would be funnier than any of the lines on the page. This is a pretty weak script when it came to its comedy, but as a credit to Chase, he was able to elevate it a fair bit. The movie isn't as funny as I really want, but it's funnier than the fairly dry script would dictate, for sure.

Honestly, some of the bits are so hoary and dumb it's hard to believe anyone would fall for Fletch's antics. A scene where he pretends to be a airplane mechanic (completely with hillbilly teeth, it particularly cringe-worthy, but another sequence of him pretending to be a doctor, sneaking around a hospital, raises all kinds of questions about how no one realized he was a fraud. The film doesn't have a lot of real logic to it, letting the main character slide by on a silly name and some bad costume, and everyone around the character just accepts what he says at face value. It doesn't really work when you think about it at all.

That's a pity, though, because the case itself is actually pretty decent when the film actually gives it the right amount of development. Stanwyk's real estate scheme is interesting, a case of stealing from the rich to give to himself (and you have to feel bad for the woman he married to he could steal her funds). The film glosses over how it really connects to the dirty cops and their drug smuggling (as they're, just for convenience, into dealing drugs, apparently), and that becomes a key point in the last act of the film (oh yeah, spoilers for a nearly 40 year old film). Each of the parts of the case are interesting, and if the film could have spent a little more time really getting to how it all tied into the cops and their shady dealings, I think this could have been a really solid mystery.

That's the thing about Fletch: when it's focused on a snarky guy doing the digging into a lot of shady dealings, it really works well. There are times he sticks it to assholes, right in front of their faces, and that feels gloriously satisfying. Fletch taking down bad guys with the power of his reporting is a noble and honorable idea, building the guy up to be a solid hero in his own way. The film gets really good when it embraces this concept and lets Fletch be Fletch. 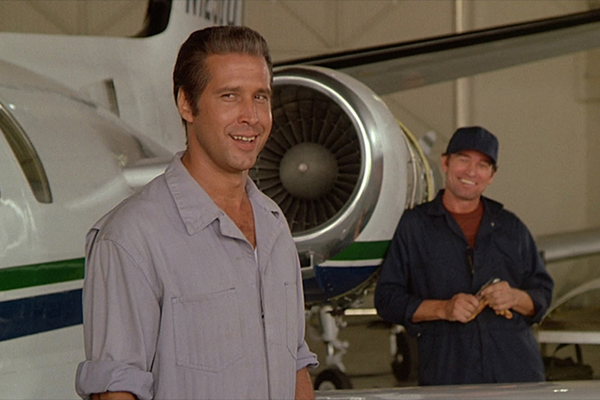 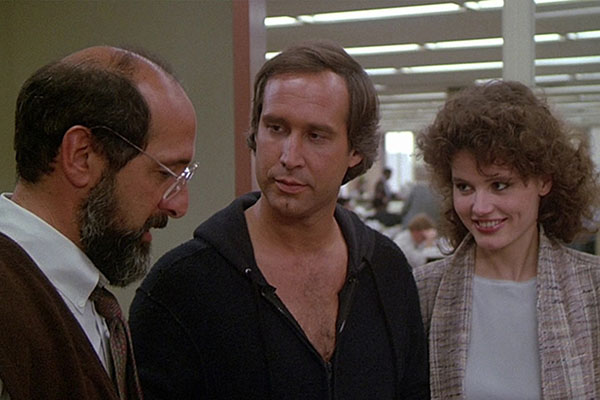 But then it has to put him in another silly costume, assuming that the ridiculous thing he's wearing is enough of a joke on its own. It isn't. I like Chase in this role, and I think his performance as just Fletch, investigative asshole, is great. That's the part of the film I enjoy the most. Other scenes drag the film down, though, making the movie feel much shaggier than it needs to be. Fletch is half of a good film mixed in with a mediocre Beverly Hills Cop wannabe. It really could be so much better.

And yet, it's still better than its one and only true sequel, Fletch Lives. Woof.