There's something inherently creepy about children. Oh sure, they're sweet too, and great in their own ways, but children are also tiny humans without impulse control that are still developing everything they need to be. You can see it in their eyes once in a while and you have to wonder, "did they just imagine what it would be like to murder me?" Likely not... but who knows? Clearly, from that perspective then, you could write a pretty scary little horror film that played on the fact that children are undeniably creepy when they want to be. 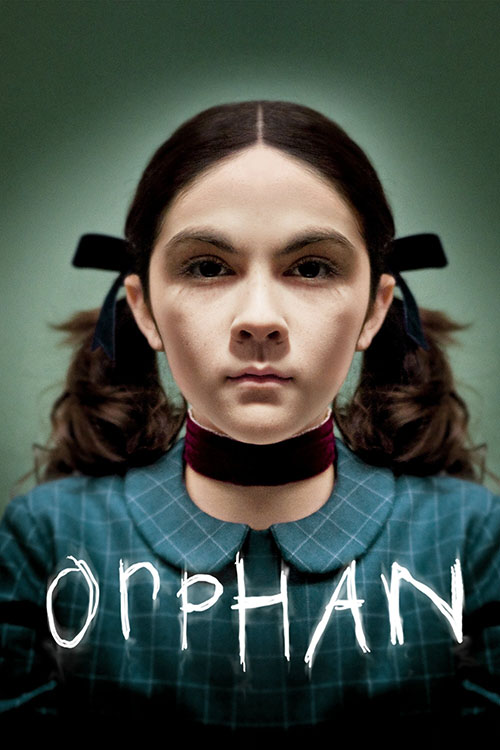 There have been a few films to play on that, such as Village of the Damned and Children of the Corn. Watching Orphan the "creepy kid" film from 2009 (which, we should state right now, isn't just a creepy kid movie) didn't remind me of those films, though. The vibe I got off the movie was more like a back-door remake of The Good Son, the terrible Macaulay Culkin that hardly anyone remembers. That one was about a seemingly sweet boy that slowly starts killing everyone around him just because he wants to. That concept was far scarier than any film that tried to play up some otherworldly angle for the children (although the movie is quite bad). Orphan gave off those vibes (for most of the film) without, you know completely sucking.

The film focuses on Kate Coleman (Vera Farmiga), a mother who, a few months prior, had lost her baby daughter during childbirth. That baby, Jessica, was to have been her third kid, and the devastation sent Kate spiraling. It took her time to rebuild herself, with the help of her husband John (Peter Sarsgaard) and other children Daniel (Jimmy Bennett) and Maxine (Aryana Engineer). Finally she's gotten to the point where the thought of adding another child to their household doesn't seem so scary.

To that end, husband and wife head to St. Mariana's Home for Girls where they meet Esther (Isabelle Fuhrman), a sweet and quiet young girl from Russia who, sadly, had seen her previous family die in a fire. She'd been at the orphanage for a little while, unable to find another home, but her intelligence and sweet demeanor made her seem like a good fit for Colemans. They take her home and make her a part of their family, but pretty soon things start getting weird. It's like Esther is actively working against Kate, undermining her for some reason. John doesn't see it (or refuses to see it), but steadily Esther takes over. What is going on with this girl and why does she have it out for her new "mother"?

Any discussion of Orphan at this point pretty much requires spoiling the big twist of the film (so if you somehow want to remain pure, skip this paragraph), in large part because if you're going to see the recently released prequel then you're going in already knowing what happened before (or, I guess, after, depending on how you look at it). Orphan has one big twist that shifts the film away from The Good Son territory and more towards The Hand the Rocks the Cradle territory: Esther isn't actually a little girl. Instead, she's a grown woman with proportional dwarfism which left her the size of a 9-year-old but fully mature in all other ways. She moved into the family not just to have a place to stay but also to try and woo away the husband, as she's done before (and, assuming she survived this film somehow, would try to do again). She's sick and twisted but not because she's a sociopathic little girl. 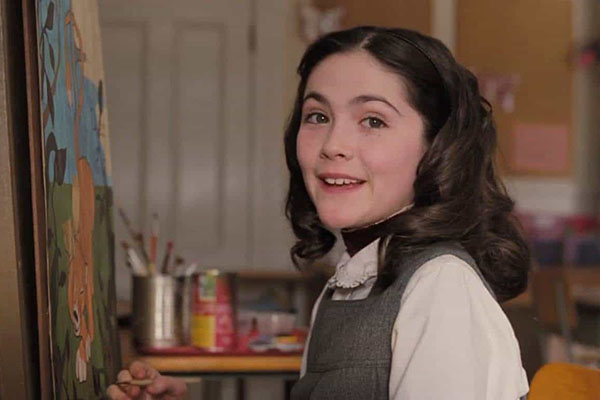 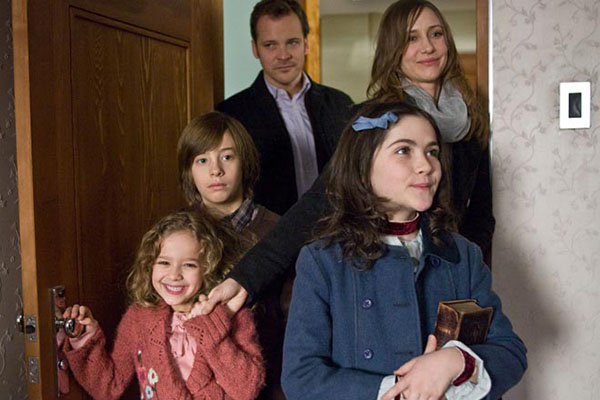 The twist of the film is the movie's big selling point, and if you were able to see the film without having it spoiled then likely would have had quite a bold reaction to the film. Sadly I'd already had it spoiled before I went into it, leaving the shock factor muted for my viewing. I have to say, I would have preferred not being spoiled because I feel like the impact of the film would have been greatly increased. This is a film that, really, lives and dies by its twist as it takes a pretty standard "evil kid" movie and makes it into something more. If you know the twist then you spend the film watching the movie from a different perspective and it changes the impact of everything. It doesn't shock the way it should.

With that being said, the twist is also pretty ludicrous. It's hard to believe anyone could pull that off in real life, for starters, and even more unbelievable that a girl could do that, over and over again, without anyone catching on. Somehow Esther slipped into and through the system and, over and over, was able to do her murderous thing. Seems like, at some point, someone should have suspected something, or at least put the girl in jail for any one of the string of crimes that followed in her wake. Everyone has to chalk it all up to, "well, the wife and mother is just overreacting," for the plot of the film to work, which just seems absolutely silly.

What helps the film stay just this side of ridiculous is the performance of Vera Farmiga. The actress is generally the best part of every film she's in, even the terrible ones (like the Conjuring and Godzilla flicks she's been a part of). She helps to elevate this schlocky film into something more, even beyond what young actress Isabelle Fuhrman does with Esther, helping to sell the scariness of the situation.

The other issue the film has is that it does paint a pretty terrible perspective of the adoption system. This is a criticism many have leveled against the film, and it is fair: not every child that goes into a home is going to be evil and, in fact, hardly any are. Most are victims of abuse and neglect but this film makes it seem like everything happened around Esther (which was of her own making, it's true) meaning you never really know who you're bringing into your home. That's a bad look for the film, to be sure, especially when there are plenty of children in need out there. If one person leaves the film going, "man, I'm glad I never adopted," then the film has actively done some damage. 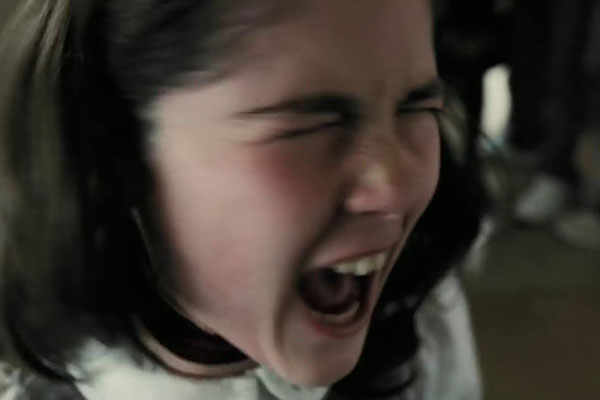 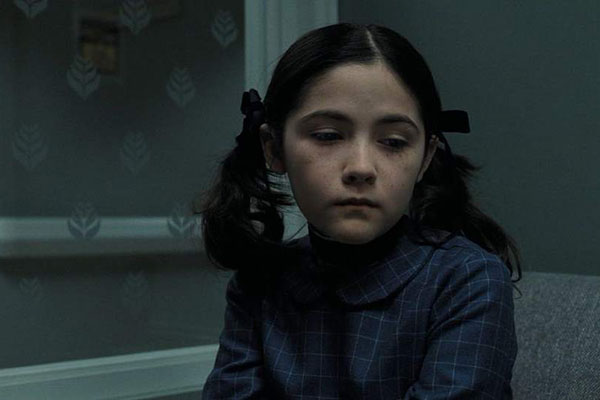 I was frankly torn on Orphan. On the one hand it is a well shot and well designed film that clearly had very talented people working on it, both in front of and behind the camera. It's a handsome movie that slowly builds its creeps as the central mystery around Esther is revealed. That all works well and makes this one of the better produced horror films in the genre. At the same time, though, it's a pretty ridiculous movie that doesn't rise about the meat of its twist. If you know the story then the film doesn't have much to offer beyond some basic scares and mildly tense moments.

Your mileage may vary, for sure, but I have to wonder just how many people can get sucked into this film at this point. Worse, how many want to go back? Is this a film that is worth re-watching. For my money, no: the film has a weird twist that sells the shock factor but once that's played out there isn't that much to recommend the movie again. It's an odd-ball film with a kooky twist that sort of works if you don't think that hard about it. End of the day, though, the film can only bring that one big twist to the story and then it peters out. Once the woman is revealed behind the curtain, all the shock is gone.