When it came to the The Fast and the FuriousStarted as a film about undercover policing in the illegal street-racing community, this series has grown to encompass a number of different genres and become one of the most bankable franchises in the world. series, I've been wondering for a while if the series had jumped the shark. Frankly, with the way the series has been going as of late Dom jumping a shark in a car really doesn't seem all that ridiculous anymore. The series has been on something of a down-slide, creatively, since the height of the franchise, Fast Five. That film, with its practical effects and stupidly over-the-top climax, was the best and worst thing to happen to the series. It injected new life into the franchise but it also meant that every film since then has tried to find a way to one-up that fifth entry. Few have succeeded. 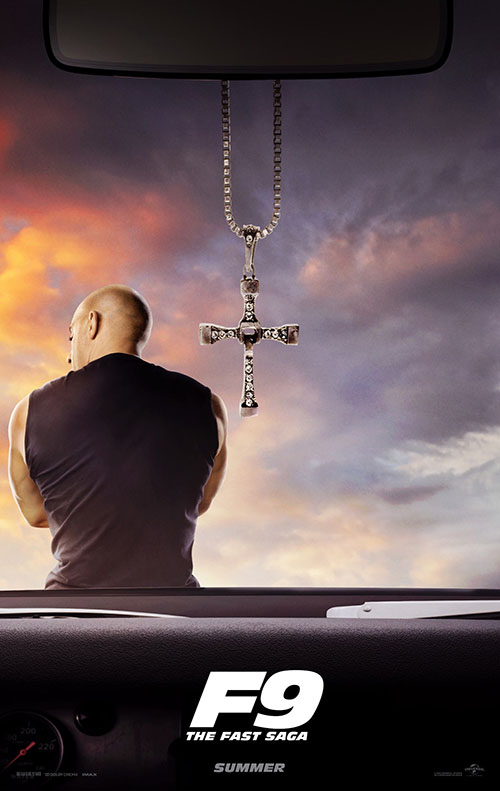 Fast Five, honestly, didn't feel that far out of character for the series. It was a film about the gang having to rob a bank to get back at an evil dictator, and while the evil dictator bits felt a little weird merged into a series that's been all about underground racing and street crime, he wasn't that far off from the normal drug dealers the series had been facing since 2 Fast 2 Furious. But the international location, coupled with the Ocean's SeriesAlthough the franchise began back in the days of the Rat Pack with the original Ocean's 11, the franchise truly gained prominence with the Clooney/Pitt-starring, Soderbergh-directed Ocean's reboot series from 2001. The daring criminals would go on to have several cool and stylish capers through the series, redefining the heist genre in the process.-style heist, inspired the producers to take the characters in a bold new direction: international espionage. And that, right there, is where the wheels came off the car (pun intended).

Not only did the series need to try and find bigger and bigger stunts to up the stakes of the series, but it also now was merging with the xXx series, not officially but in spirit. Vin Diesel, apparently, really wanted to play an international spy, and while it was amusing to see these street punks suddenly get thrust into the world of James BondThe world's most famous secret agent, James Bond has starred not only in dozens of books but also one of the most famous, and certainly the longest running, film franchises of all time., the amusement to be found from these antics had seriously worn thin. These characters are not spies, and forcing them into one contrived plot after another is doing the series no favors.

I don't want to make it sound like I've hated everything in the series after Fast Five -- Furious 7, silly as it was, managed to find the right balance in tone for these characters, poking humor at what they're doing even as they did it -- but much of what's come since that fifth film has bought a little too hard into the it's own mythologizing. The series, which is just supposed to be a lark about street punks having fun with flashy cars, is way to self-serious and it sucks all the fun out of a movie that, frankly, is about as cartoony as a classic Warner Bros. animated release.

In the film, Dom and his team as sucked into a quest to stop a bad guy from stealing another technological McGuffin: an orb that, when assembled, can hack into any electronic device ever made. If that sounds familiar it's because it's essentially the God's Eye from earlier in the series, just... more. This forces the team to bounce from one location to another, battling bigger and bigger armies with their street cars, all while hunting down the mastermind of this evil quest: Dom's brother, Jacob (played by John Cena), who is basically Dom just... more. 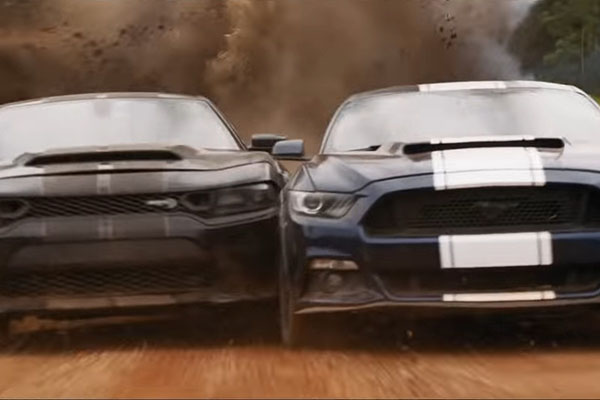 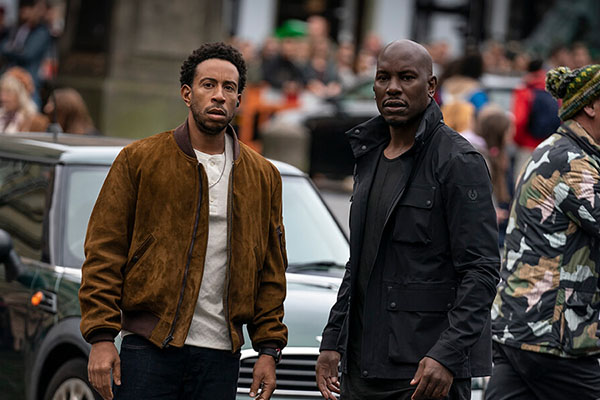 The quest for the power-orb sends the team across a variety of locales, revisiting with friends from previous adventures, all so they can track down Jacob and stop his plan. Along the way we also learn about Dom's past, slotting in a brother we'd never heard of before into the series. How does Dom have a brother? Well, Dom's brother was basically responsible for their father's death on the race track and Dom excommunicated him from the Toretto clan. Jacob has been fighting to prove he was the better Toretto ever since. Can Dom and Jacob reunite? Will they have to come together to take on an even bigger threat? Does it feel like you've seen all these beats before? Well, yes, but, again, this series has long since lost it's creative spark.

Make no mistake, this film was hugely successful. It made $716 Mil at the Box Office in COVID times, so the franchise does still have power with audiences. As far as actually telling a satisfying story in and amongst all the cartoony mayhem, that's where things fall apart. The inclusion of a brother we'd never heard of does suck a lot of energy out of the film; the movie has to bend over backwards to explain him, adding John Cena into the series (as an obvious replacement for Rock "The Dwayne" Johnson, who has left the series to pursue the Hobbs & Shaw spin-offs), and all the flashbacks to shove him in are total time killers. Instead of just finding some other character to put in -- a cousin would have worked really well -- the inclusion of a brother is simply the worst of all worlds.

I get that Jacob was shoved out before the series timeline officially started, but to think that Dom would never, not once, mention a brother to anyone in this series at all, especially after he found so many other surrogate family members, is beyond all reason. One simple, "he reminds me of Jacob," said to Dom in any of the previous films would have justified this character. Instead it takes so much time to explain him in, and try to give us development of his character so that he feels equal to Dom that you just struggle to care about anything going on. The film has to spend two-and-a-half hours to fit all this in along with all the other pieces of the action that the final film feels like an absolute slog.

Worse, though, is the fact that the franchise has lost the magic that made it's best movie work. Fast Five succeeded because it felt like the characters were actually doing their own stunts... because they were. That sequence at the end of the fifth film with the safe was entire practical effects and it has weight and substance because of it. Here, though, I doubt that anything in the film (barring maybe one fist fight) actually happened at all. It's all green screen and CGI and it feels hollow and empty. Gone are the days where we'd see a safe dragged through a city, or car parachuting out of a plane (with however much of that was real being part of it). The set pieces are bigger but they're also so much more fake. 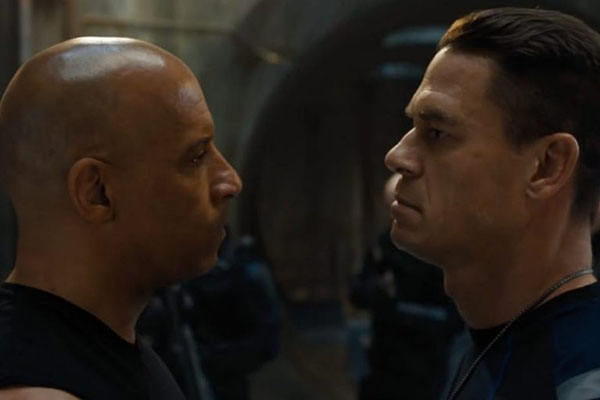 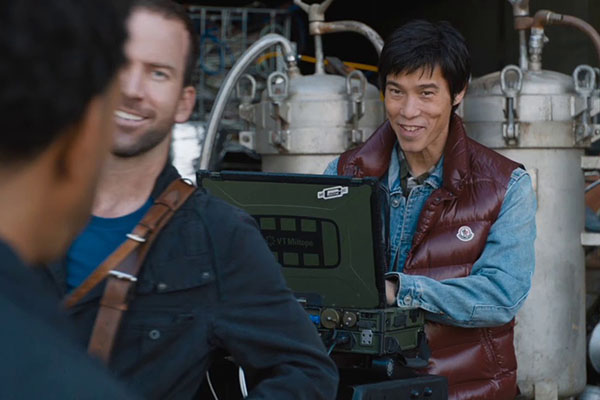 Frankly there's nothing to latch onto here. None of the characters move forward, starting and ending in essentially the same place they were at when the film rolled. What did any of them actually accomplish here? What was the point of any of it at all? A lot of things went boom (for real or in CGI), a brother was found and then sent away again, and everyone once more gathers together for BBQ and really shitty beer because that's what always happens. The series feels like it's in stasis, unable to find a creative way to actually push itself forward in any meaningful way.

Instead we get this self-serious cartoon that treads water on the characters so as to not disturb anything or piss off the billion-dollar audience. Fast Five set the standard for the series but it also set it up for failure. The series is so big now that it can't really take any chances, but it's so tired that it's never going to have the energy to really be interesting anymore. The only hope we can have at this point is that the promised end, two films from now, really sticks and that these old guys don't keep coming out of retirement to play superheros in super-cars. Their antics, at this point, aren't enough to keep this franchise alive anymore.