Before we can discuss Point Break on its own, I feel like we have to address the elephant in the room: The Fast and the Furious. When the latter movie came out, it was derided online as a "Point Break rip-off". Hell, I'll still call it that from time to time, and it's not like the comparison isn't kinda justified. Both movies are about cops infiltrating a criminal gang, one where their cool factor is as much a part of who they are as their crimes. One group may surf, the other races fast cars, but essentially they're both edgy young gangs doing crimes to feel alive. The cop/agent develops a bromance with the leader, gets in good with the gang, figures out their next score, and gums up the works. Eventually it all falls apart and the gang leader goes on the run aided (kinda) by the cop/agent. 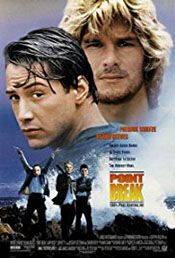 From that perspective, at their most basic, the two movies are the same. What sets the movies apart are the shaded details, with just enough changed to avoid any copyright lawsuits. But there are even sly nods to Point Break in The Fast and the Furious, like having FF's lead cop order tuna melts regularly after the agent in Point Break gets one as well. The producers of The Fast and the Furious knew the movie they were making.

Still, there is enough of each movie to set them apart, from the acting to the action set-pieces. Since I've already discussed the Fast and Furious movies in the past, let's go in-depth on just Point Break:

It's hard to think of a movie more "of the 1990s" than Point Break (short of maybe the awful sci-fi movie Hackers which has its own stupid charms about it). This movie was made in 1991 and the style of the movie sits right on the line between the 1980s and 1990s. This is evident from the surfer-bro fashions and the musical choices (still two years away from the grunge rock revolution). Nowhere is it more evident, though, than in the two leads: Keanu Reeves as the gloriously named FBI Agent Johnny Utah, and Patrick Swayze as the criminal gang leader Bodhi.

Keanu Reeves was just starting to have his big moment in Hollywood, with Point Break sitting right in the middle of a string of hits, such as Bill and Ted's Excellent Adventure and (the movie I hate with a passion) the 1992 Dracula. Keanu was a huge star getting cast in just about everything, although even then people were starting to notice his limited range. I like Keanu as an actor -- put a gun in his hand and the dude can look cool and menacing and own the screen. When you actually want him to show passion or fire or... well, range, he's no so good. Point Break wanted him to really act, not just run around and shoot stuff, and it doesn't work as well. 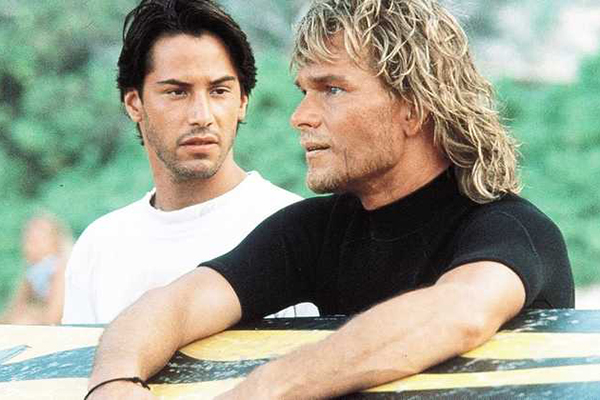 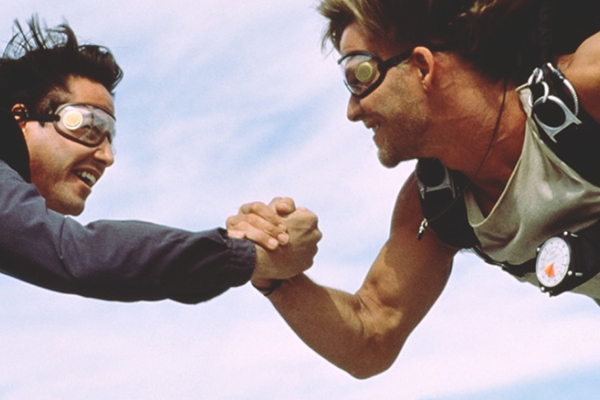 Swayze, meanwhile, was a verified action star from the 1980s who also had range (remember, for every Red Dawn or Roadhouse he also had a Dirty Dancing or Ghost). Swayze is, essentially, the lead actor on the film even though he gets less time that Keanu, and he makes his scenes work through sheer force of will most of the time. The fact that Point Break is at all watchable is a testament to Swayze.

As a drama about a cop and a robber Point Break is quite functional. As an action movie, though, it falls pretty short. There are about four real set-pieces. The first is an attempt by a rival gang to beat up Utah and Bodhi intervenes (allowing Swayze to Roadhouse some punks). Then we have an FBI raid, a big car chase sequence, and the final bank-robbery. There's also a number of surfing sequences and a couple of sky-diving sequences. The problem with all of them is that they're low energy and poorly edited. Most of the action is hard to follow as it's choppily put together. What action is easy to follow is either poorly filmed from bad angles (so you can't see what's going on), or filmed in such a way that you don't get a real feel for the speed, or the danger, or the stakes of the sequences.

As an example, let's look at the first of two sky-diving sequences. This scene should have tension as, by this point, Utah's cover is blown. We should worry about if the parachute will open, if he's gonna get shot by any of the other guys. Once they hit the air, though, it's mostly just camera angles of the sky, shots of the various guys smiling, and a few scenes of them doing tricks. We don't get any context for how fast the guys are falling (as they're all filmed up close), there's no sense of urgency (since they're all having a good time), and there's no danger (since no one is making Utah feel like he's ever gonna die). And this sequence goes on, and on, and on. That's Point Break. 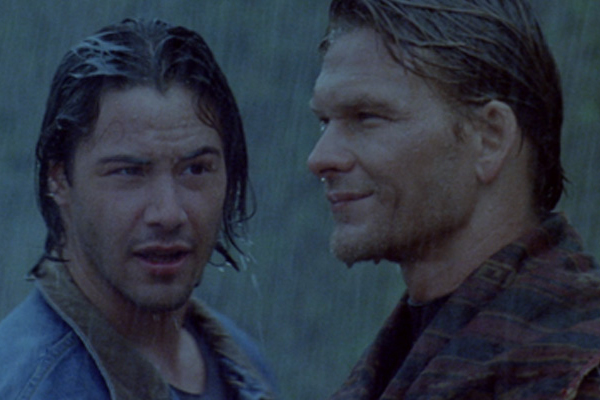 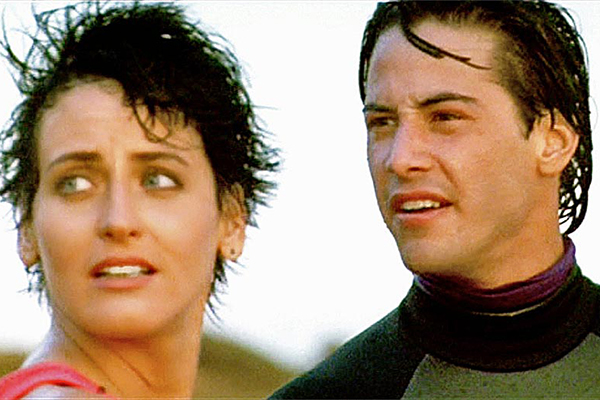 So why does Constable Butterman in Hot Fuzz like the film so much? Probably because of thee cool actors in it and the "deep" emotions. Butterman loves going on about the scene where Keanu has Bodhi cornered with his gun and, instead of shooting the criminal, fires his gun into the air while he yells out his frustration. It's a cool looking sequence but utterly dumb when you think about it. Which, really, is a lot like Bad Boys II (which we covered yesterday). In short, Butterman has no taste.

Tomorrow we'll look at Hot Fuzz and see how it compares to the movies it used as inspiration.