As we noted in the review of Mrs. and Mrs. Smith, making an action-comedy is a delicate balance. It's very easy to go too far in one direction, making something that's much more of a comedy, or the other, and then you have an action film with some funny (and often forced) one-liners. A proper action-comedy has to tread a very fine line to sit comfortably in both genres at the same time, and few films are able to pull that off. The 21 Jump Street film from 2012 doesn't ride that line at all, but I don't think that's a bad thing. 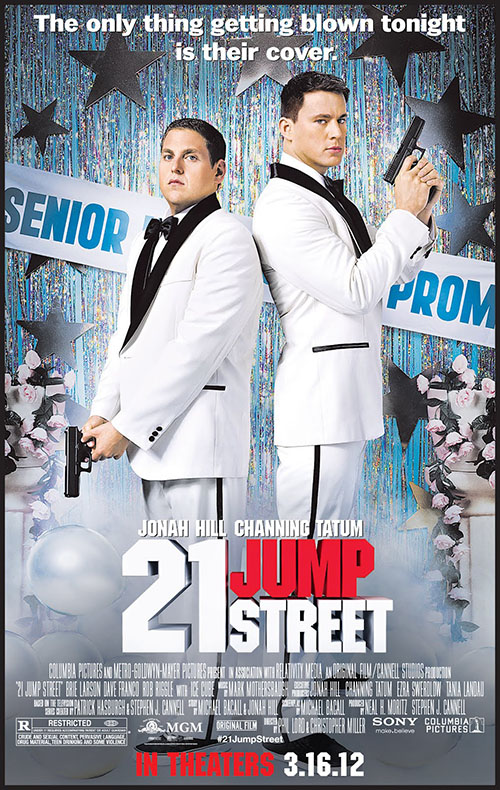 Let's be honest: the whole concept of the original 21 Jump Street (the TV series that started back in 1987) is pretty dumb: cops that pretend to be kids so they can hide out in high school and bust teenage crimes. It's something where you have to go, "wouldn't the kids easily see that there are adults wandering around dressed like kids?" and plenty of movies and shows have mocked that exact joke. By the time a movie was going to be based on the series, arriving 25 years after the original series, its would have to be a parody to essentially make it work, and that's exactly what the film goes for.

Thing is, I like that idea. I think it works much better as a comedy that then works a bit of action in at times for the sake of the cop-side of the storyline. If the film had tried to go more series, to maybe match the tone of the original series, it would have been laughable. Instead, though, the film knows how silly this whole idea really is and it buys in on that. Instead of wearing a straight face and feeling like a farce that doesn't understand it's a farce, the film starts of as a comedy and plays everything for laughs. It works much better and ends up being insanely watchable because of it.

The movie introduces us to nerdy kid Schmidt (Jonah Hill) and dumb cool guy Jenko (Channing Tatum) back when they were both in high school. Schmidt isn't liked by anyone, and while Jenko was the popular guy, he came within inches of flunking out of school, even being barred from prom because his grades sucked. After an initial intro, we jump ahead seven years to find them both enrolled in the police academy. Schmidt sucks as the physical classes, Jenko sucks at the written stuff, but by teaming up and getting over their adversarial roles from high school, the two lift each other up and graduate, becoming cops and partners.

Their first beat, though, puts them as bike cops protecting a city park. When their big "bust" goes south and their perps escape, the guys are then sent to an "old program we've recycled" because "the guys in charge are out of ideas: 21 Jump Street. There the guys are given a new assignment: to go to high school and infiltrate the social groups so they can find the dealers, and supplier, of a new party drug and take it out before the drug can spread to other schools. Only issue is that their two roles are switched accidentally with Schmidt getting the jock role while Jenko is sent to the nerdy classes. Together they have to make this work, and find a way to pull of the case, without somehow getting expelled in the process. 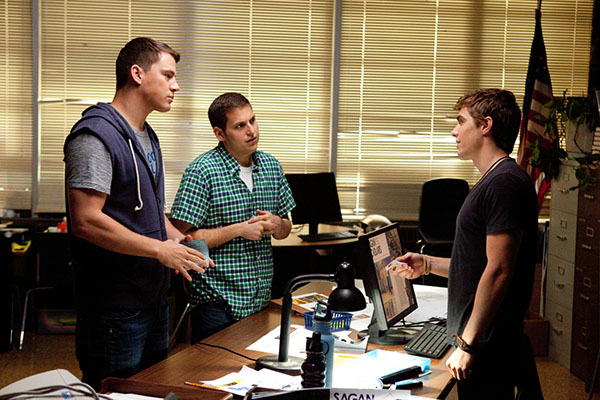 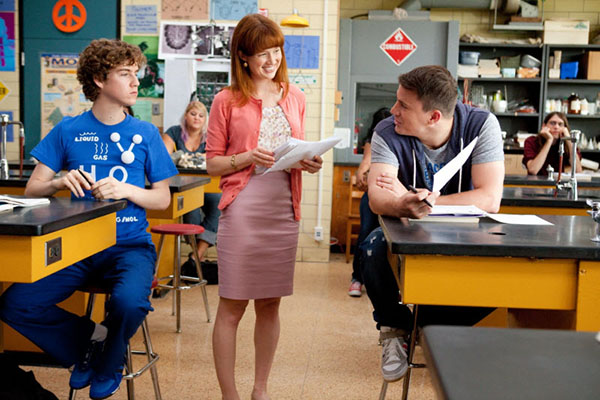 This film has a lot of strengths that make it so much better than its concept could have been. First and foremost, the leads really do carry the film. Hill and Tatum have an easy dynamic between them, selling their bonds of their friendship like it's a life-long relationship. I honestly think much of that credit need to go to Tatum who throws himself all in on his character, playing to biggest, dumbest, sweetest version of Jenko he could. Hill's role is easier, just being an awkward guy, and it's that far from the kinds of characters he played in actually high school films, like Superbad, but it works for him here.

Honestly, the whole cast is absolutely stacked, from adults playing high-schoolers like Brie Larson as cool girl Molly Tracey, Dave Franco as dealer Eric Molson, Rob Riggle as gym teacher Mr. Walters, and Ice Cube as Captain Dickson of the Jump Street Division. Hell even smaller roles are filled by great character actors like Chris Parnell, Ellie Kemper, Jake Johnson, and Nick Offerman. This is an absolutely ridiculously stacked cast and they make every scene of the film fun and watchable.

The film is damn funny, finding ways to mine humor from the scenario. It's a dumb concept but the film has a lot of fun poking at it, calling out the characters as looking like they're adults. It also gets a lot from just putting the leads into dumb situations and letting them react, with Hill muttering snide comments and Tatum looking dumb and playing a kind of straight man. It's very rare that the film isn't able to find some way to find humor in a given scene and mines laughs from it. This is a crowd-pleasing comedy that knows exactly how to get the most out of the setting, characters, and cast.

That said, there are a few moments that are cringe-worthy. A couple of scenes go a little too far into the absurdist, taking things past the point of being funny into awkward or, even, hard to watch territories. These aren't often, and they don't ruin the film, but they were moments that I really wished weren't in the film. Worse, though, is the awkward romance between Hill's Schmidt and Larson's Molly. She's 18, at the most, and he's at least 25, and while seven years isn't a lot when you're in your late 20s or 30s, it's statutory for a couple at this point in their life. Going back and watching this film again, this sub-plot didn't work for me. 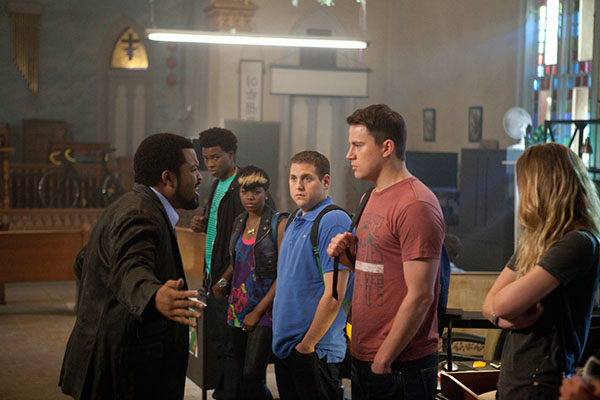 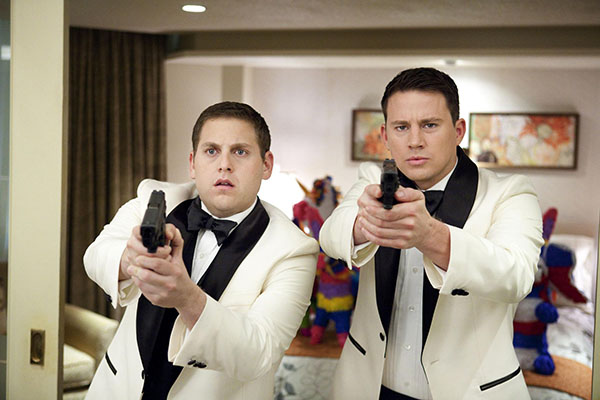 Still, all that being said, I did like the film. It's a fun and funny romp that gets a lot out of its cast and setting. Best of all, the core dynamic between the two leads is strong. Their friendship drives the film, and wherever the movie goes with its story, and the twists and turns the plot takes, its that friendship that really gives the movie its form. It's an enjoyable romp with a pair of leads that give the movie heart and make it watchable time and again. Pretty good for a film based on a dumb cop drama with a concept that seems absolutely ridiculous the second you think about it.