We've covered a few comedy films that have ties to the super-spy action genre. Films like Austin Powers: International Man of Mystery and Undercover Brother played in the spy genre but they were parodies, barely having action and, instead, mostly poking fun at the tropes for comedic ends. A true action-comedy was something we at least haven't really covered here and, honestly, they aren't as easy to pull off. 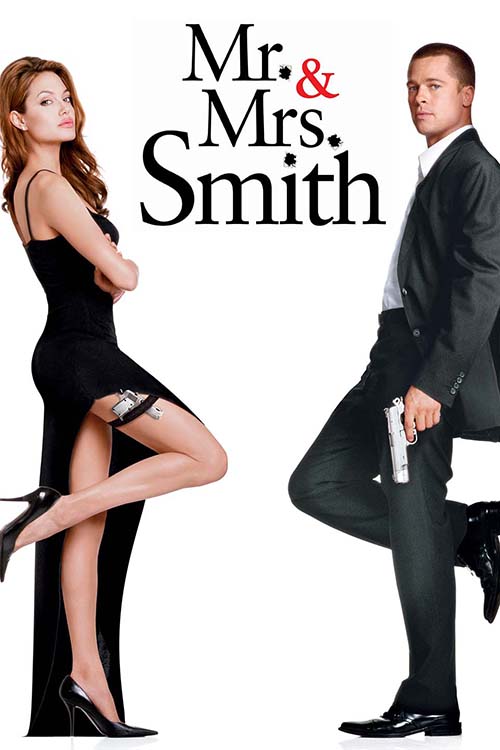 One of the films that actually did it right, properly blending action and comedy to create something more than either genre was 2005's Mr. and Mrs. Smith. This film starred Brad Pitt and Angelina Jolie as the titular couple (and, in the process, caused the dissolution of Brad Pitt's marriage to Jennifer Aniston, or so it was said), and it's easy to see why this film was such a hit (raking in well over four times its $110 Mil budget): these stars have chemistry. There's palpable sparks between the two, and not just from the gunfire that eventually erupts. There's action, there's laughs, and there's smoldering looks. This film, honestly, has it all.

We're introduced to the unhappy couple five (or six) years into their marriage. As we learn each of them -- John Smith (Pitt) and wife Jane (Jolie) -- are assassins, working for secret agencies that do the dirty work of killing those who need to be killed. They met years earlier in Bogota, apparently both on their own missions, and they each used the other as cover at the time (without realizing they were both working). They hit it off, were engaged six weeks later, and then... slowly the sparks faded. The firs of their love dampened, and they both grew sick of each other and the life they'd ended up leading in the suburbs.

Things take a turn, though, when both Smiths are set on the same mission: to kill Benjamin "the Tank" Danz (Adam Brody). They manage to bungle each other's missions (as they didn't realize they were working the same job, or that they were each assassins), and this sets their respective agencies to issue kill orders for the other spouse. Soon, Mr. and Mrs. Smith are stuck in a game of cat and mouse, trying to get the upper hand on each other before their significant other kills them first. And that's when the sparks start to fly once more.

The strength, and weakness, of Mr. and Mrs. Smith lies in its structure. The film is very clearly built into three acts: the origins of their relationship, the discovery of their lies and the game of cat and mouse to follow, and then the last section where they decide to work together to fight both agencies that now want them dead. It's a simple formula once that almost feels predictable in a way as the film very tightly sticks to the basic, three-act structure. But, at the same time, the film finds ways to take that structure and liven it up. 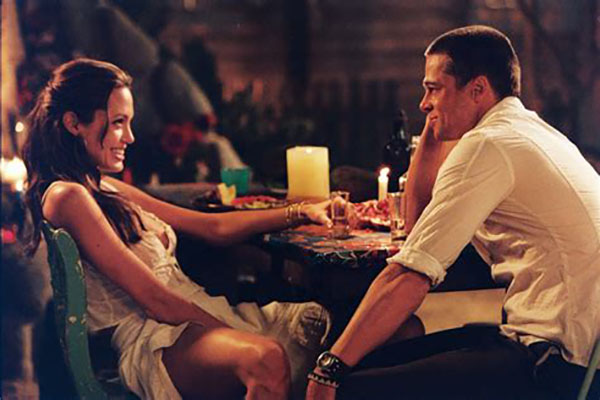 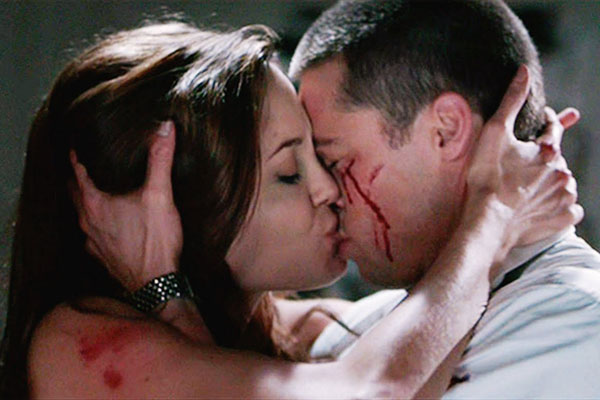 The first act of the film lets use learn about the characters. It's the lightest on action (although it does feature each of the Smiths on their own mission taking out a target), but it drives its energy from learning about who these people are. They're both wearing masks, and, as we learn, these masks are starting to smother them. They go to a marriage counselor but can't really be honest, either with the counselor or each other, because they have so many lies between them. It's killing them slowly when all they know is killing quickly.

As we see, these two only really come alive when they're on a mission, and once they discover that the other is also an assassin, the energy of the film changes. The dynamic between them becomes more interesting, and the film finds spark and energy. We can tell, even before they do, that the fact that they can finally let their masks down is when the two of them truly become alive. At that point, then, it's inevitable, but still rewarding, that the two will get back together and try to make their marriage actually work.

The third, act, has the most action, as both agencies drop dozens of field agents on out two protagonists. But the film never loses that playful spark, the ability to mine humor and interesting character dynamics from its lead characters. The car chase down a highway, as they're fighting agents and spilling their secrets to each other, is an absolute highlight, hilarious and action-packed in equal measure. It finds a new dynamic and the energy of the film really does ratchet up further, and its from this point forward that the film really evolves into the true action film you can tell it was meant to be.

Much of the credit for why the film works is due to the leads. As noted, there's palpable energy between Pitt and Jolie, and the crackling charisma between them drives so many of the interactions, especially as they're falling in love (twice, for that matter). But they're also great at the parts of the film where they have to act like they hate each other, and their own suburban lives. They mine emotion -- destestment, horror, sadness, boredom, and more -- during their sequences, and the film is able to show off how good these two are actors from all shades and perspectives. 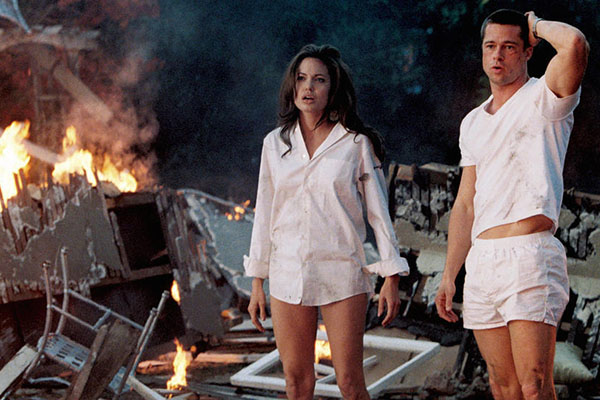 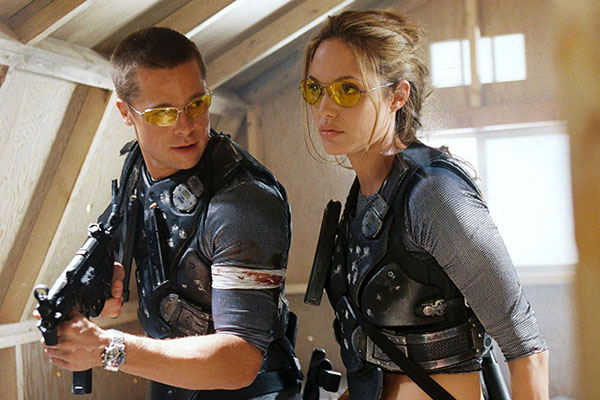 Of course, the film also works because it has Doug Liman at the helm. Liman, of course, has directed a ton of great films, from early films like Swingers and Go to The Bourne Identity and Edge of Tomorrow. He's a master of action, but also knows how to mix in genuine human moments into his films. His touch on this film can be felt, from the visibly clean action, to the character beats, and everything in between.

Really, there's very little about this film I don't like. The ending does feel maybe a little rushed without quite the resolution the film deserves (although perhaps that was meant to be covered in the sequel that never got made), but over all the film delivers all the beats it needs to. It comes in, makes you laugh, thrills with action, and departs, a joyous ride that gets out while the getting is good. It's a fantastic film that has aged well in the last 15 years and still holds up. For a proper action-comedy, it's hard to find much better than Mr. and Mrs. Smith.