Although I tend to think on the original Austin Powers film as a proper James BondThe world's most famous secret agent, James Bond has starred not only in dozens of books but also one of the most famous, and certainly the longest running, film franchises of all time. parody, one that finds the right voice, picking at the tropes of the EON series while still lovingly sending it up, there's another film from that era that also find that balance: Undercover Brother. This is another one of those films that I remember fondly although I don't think most people discuss it at any length any more, which is sad because this is a film that perfectly sends up the spy genre while also getting a lot of mileage out of Blaxploitation tropes and 1970s references. 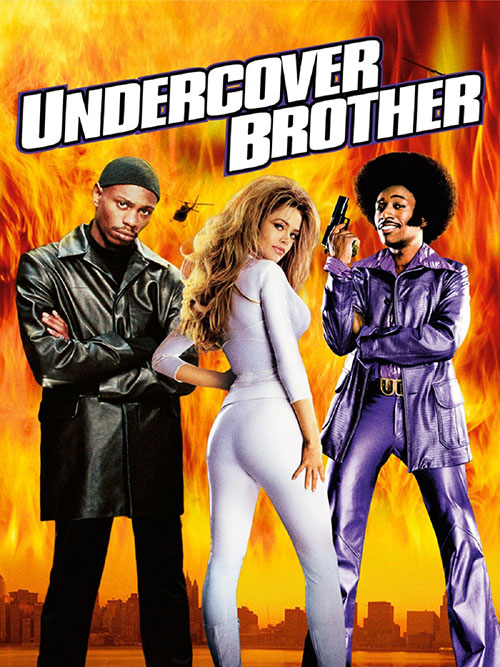 Honestly, Undercover Brother works even better as a send up of the 1970s than the third, 1970s-based Austin Powers film, Goldmember. The latter came out two years after Undercover Brother, and it's easy to see Mike Myers seeing this other film do everything his moves were doing, but better, and thinking, "hey, I can play at that game, too." But where Goldmember fails to do anything with its Black lead actress, or the 1970s setting it inhabits for a little while, Undercover Brother nails the humor, the setting, and the scope to be a perfect "James Bond-meets-Blaxploitation" parody.

In the film we're introduced to the BROTHERHOOD, an underground intelligence organization dedicated to stopping The Man, a Blofeld-type mastermind who's been working behind the scenes for decades to stop the rise of Black people and their culture. While the BROTHERHOOD agents -- field agent Sistah Girl (Aunjanue Ellis), tech-genius Smart Brother (Gary Anthony Williams), and researcher Conspiracy Brother (Dave Chappelle) -- work a mission at a bank secretly run by The Man, the encounter Undercover Brother (Eddie Griffin), a "Robin Hood-type" who breaks into the bank's files and wipes all the records of mortgages from low income families, freeing them of debt. This leads the Chief (Chi McBride) to have his agents drag in Undercover Brother so he can join the BROTHERHOOD.

This happens none too soon, too, as The Man has a big, new plan to stop Black people from rising up: fried chicken. Well, more specifically, The Man and his Number Two, Mr. Feather (Chris Kattan), brainwash the first legitimate Black man with a chance of being President, Gen. Warren Boutwell (Billy Dee Williams), so that instead of running for President he opens a chain of friend chicken joints. And then, the Man has these joints distribute a brain washing chemical through the fried chicken to try and wipe away Black culture. It's up to the BROTHERHOOD, and Undercover Brother, to stop The Man and save the day.

On it's face, there's nothing inherently special about the story of Undercover Brother. Black people fighting against "The Man" is a trope storyline, really, so if you read over a summary of the plot of this film (and you've never actually seen the movie before), I'm sure the summary probably does the film no favors. And yet, its in the execution of the story, and everything around it, that Undercover Brother shines. This is a gloriously hilarious movie that holds up (maybe even better, honestly) all these years after it came out. 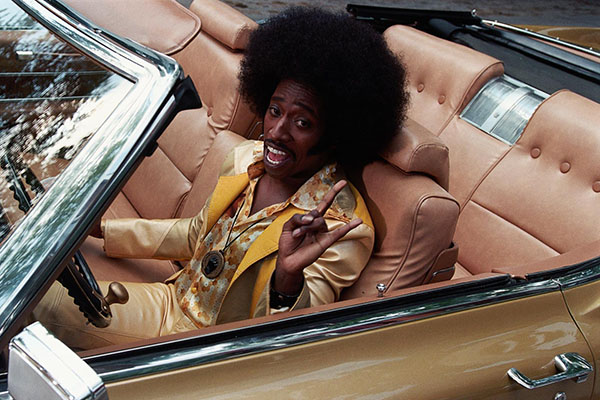 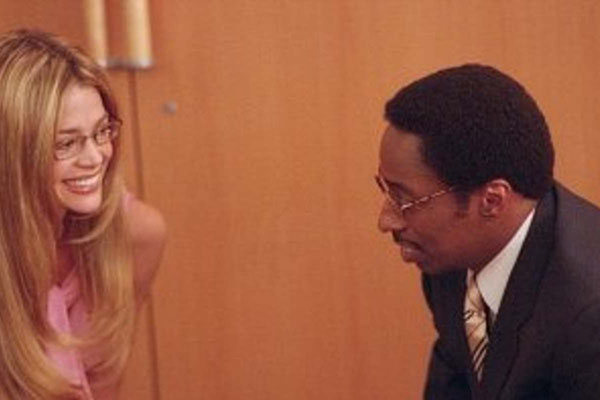 Yes, the storyline about a Black man finally being able to run for President of the USA doesn't hold up as well since Barack Obama was elected, but the concept behind it actually plays even better. White people being upset over a Black man running for President? Yeah, that plays. And then the backlash that came from it, and the rise of Trump, puts this whole storyline in an even more solid perspective. If anything, the events of the last two decades have made the jokes about Whites vs Blacks even more thought provoking, and that makes them funnier.

At the same time, the film doesn't really take anything going on seriously. It has a wide shotgun for its jokes and it'll lay waste to anything, Black or White, that it can. A white intern (Neil Patrick Harris) who's an Affirmative Action hire, the film rolls that out. Jokes about mayonnaise and hot sauce, characters singing the song "Ebony and Ivory", and hell, the whole fact that the headquarters of the BROTHERHOOD is hidden under a Black-owned barbershop. All of this plays with even a cursory knowledge of the tropes of the films and TV from both cultures, and the more you've seen the better the jokes play.

But the film also exists as a counter point to the Austin Powers films. I noted that Goldmember feels like it was made in answer to Undercover Brother, but I'm sure the whole reason this film got made was because the first Austin Powers film was a decent enough hit on its own. This film plays in the same pool, sending up spy movie tropes, the gadgets and the tech, the good spies and the bad spies, but it does so from a different perspective. You can watch all of these films and feel like they're "of-a-piece" in a way, but because Undercover Brother has a Black perspective it can make jokes, and find material, that Austin Powers never could.

That extends, naturally enough, to the Blaxploitation side of things. When James Bond tried to play in the Blaxploitation pool (with Live and Let Die) it was awkward. You can't have White guy wander into Harlem and have it seem like anything other than a "White Savior" film or like the White guy is there to put the misbehaving Black people down. Goldmember is a bad film, but it at least wisely doesn't try to have Austin mingle in Black culture. Undercover Brother, by grace of it's all-Black primary cast can get away with playing in the Blaxploitation genre and making it seem loving, not like a sick, sad joke. 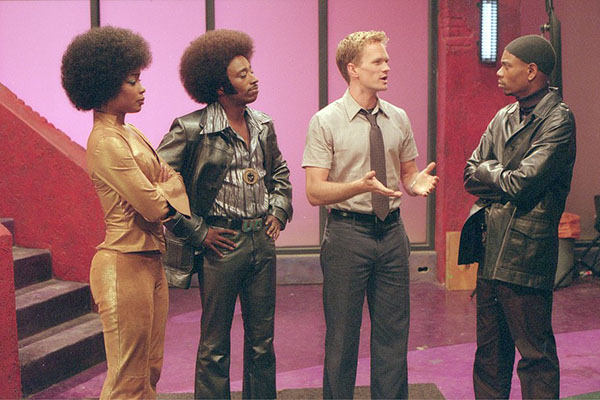 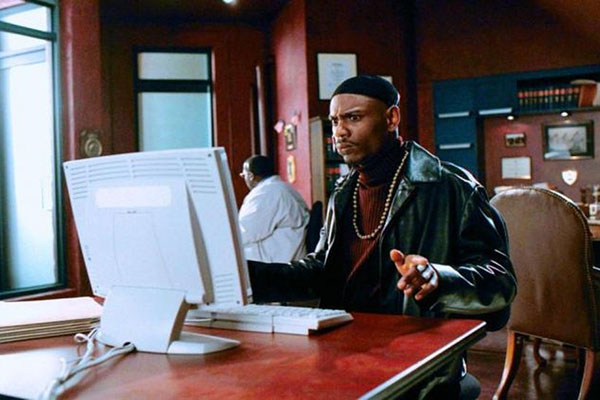 Seriously, ever inch of this film drips with style, substance, and laughs. I love the way this movie does ever take itself too seriously but, unlike every Austin Powers film, actually manages to have a proper plot. Where Mike Myers's films all feel like a collection of skits, Undercover Brother manages to bounce from one scene to the next and make it all feel cohesive. This is a ell designed, and solidly put together movie that entertains through and through.

It's a pity that the film didn't do as well in theaters as any of the Austin Powers films. That said, maybe it's for the best as Mike Myers's films ran themselves into the ground quickly. Perhaps only having one proper film in the series (the 17 years later direct-to-video sequel with none of the original cast or production team doesn't count) is better. This can remain a proper gem of a film, untainted by over-exposure and beating the jokes until they were no longer funny. You're a great film, Undercover Brother, and I'm glad you hold up all these years later.