Well, damn, this is a disappointment, to be sure. When the Austin Powers series started, it was just a fun and dumb riff on James BondThe world's most famous secret agent, James Bond has starred not only in dozens of books but also one of the most famous, and certainly the longest running, film franchises of all time. (made even better if you've actually watched the series). I rather enjoyed the first film, International Man of Mystery after all this time (even if we are reaching the point where we are as far removed from the original film as it was from the first Bond film, Dr. No), and at that point it seemed like there was real potential for the character. 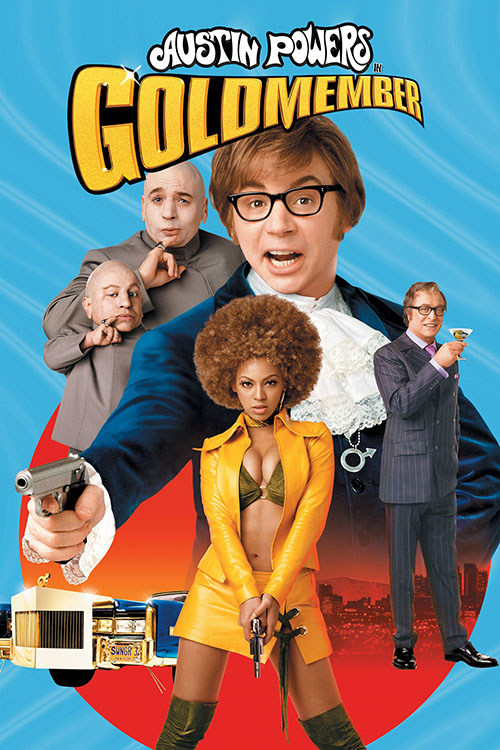 When it released, sequel The Spy Who Shagged Me became a smash hit on the back of the good will from the first movie. It riffed on many of the same jokes as the first movie but still managed to find just enough material to add that, while maybe not fresh, it didn't feel like a retread. The same, though, sadly cannot be said for the third (and currently final) film in the series, Austin Powers in Goldmember. This is just a lazy and terrible film that's lost sight of all that worked in the first two movies.

The issues with this film are numerous but a lot of it boils down to the fact that it all feels like the writing team -- Mike Myers and Michael McCullers -- didn't have anything new to say with the character, the setting, or the world. The last film had Austin (Myers) go back in time to chase Dr. Evil around, and this film has Austin going back in time to chase Dr. Evil around. The last one introduced a new, awful character for Myers to play, Fat Bastard, and this one has a similarly awful character added to the mix, Goldmember. And that's to say nothing of all the jokes that were simply recycled from the sequel into this film. There is simply nothing new about the movie, at all, and it sucks.

I'd address the plot of the movie at this point except there really isn't a plot at all. It's a formless mess where Dr. Evil (Myers) runs around, Austin follows him, a bunch of skits happen, and then at some point Austin and Dr. Evil face off and the evil scheme is thwarted. I guess it's too much to expect this to somehow be different as that was the formula for the first two movies as well, it would just be nice for the movies to try something new here, or different, or, hell, for the film to try at all. There was not attempt at an attempt here, though, which sucks.

Look at it this way: did you enjoy the time travel plot from last time? Well, it's here again. How about the sequences where something flies through the sky and a series of stars make dick jokes about it? That's here, too. What about Austin and a companion hiding behind a curtain and people watching the shadows are all confused by what's going on? That's returned as well. And Dr. Evil rapping with Mini-Me? Yep, we have that too, along with all the awful jokes about Fat Bastard and so much more. 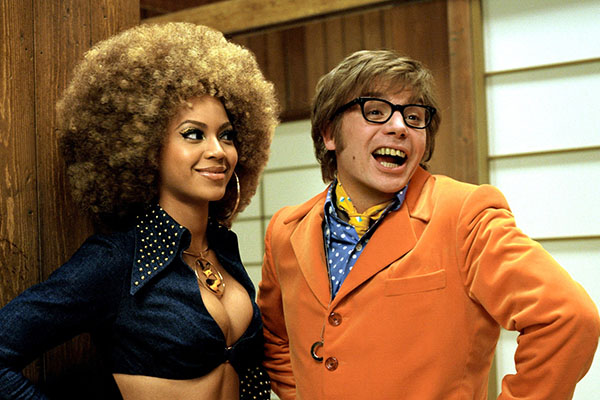 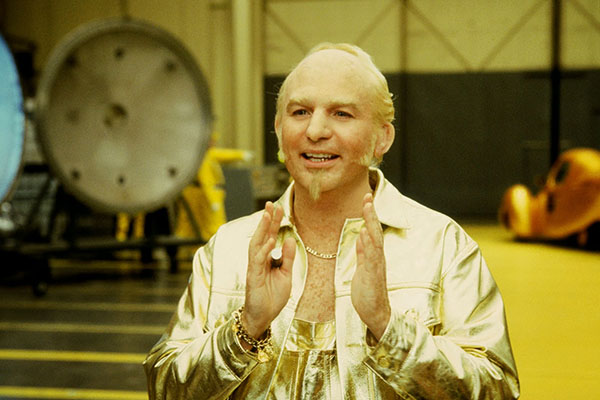 It's not that there isn't anything original in the film, just very little. Two of the best gags in the film, and frankly two of the three times I laughed in the whole movie, were from original skits (both of which, oddly, involved pee, or at least fake pee). And I also did like the two new characters added to the film that weren't played by Myers: Michael Caine as Austin Power's father, Nigel Powers, and Beyonce Knowles (Queen B herself) as Foxxy Cleopatra. These two stars make a lot out of the very little they're given, but even that can't elevate the movie.

Michael Caine is great. I mean, that's a full statement right there. He's a classic actor who could do a character like this in his sleep (and, considering he'll do anything for a paycheck, likely has). What I liked about his casting was that he was the right age, and nationality, that he could have played James Bond back in the day. Plus, he had the swagger that had he played Bond it was have been as a dirty rogue, not far off from the type of character Daniel Craig played four years later in Casino Royale. But instead of letting Caine do that kind of performance, his Nigel is basically just Austin but older. I liked Caine, and I thought he brought charm to the character, but the film wasted his potential.

Even more wasted, though, was Beyonce. In comparison to Heather Graham in the previous film, which was bland, Queen B has charisma coming out of her pores. This was one of her first films, and she's amazing in it, showing the kind of force she'd become over the years. I also like the idea of the character, someone made to play on the kinds of characters Pam Grier made famous during the 1970s (like Coffy, Foxy Brown, and Sheba, Baby). If the film could have given Foxxy that kind of depth and character, things to do to show she was "a whole lotta woman" (as she says in the film), that would have been awesome. But, again, Beyonce is barely used by the film and the potential for the actress, and her character, never really is fulfilled.

Meanwhile, the worst character in the film is easily Goldmember. He's hardly even a character, more of a Saturday Night Live skit that, for some reason, exists in this movie. He's Norwegian, has a dick made of gold after "an unfortunate smelting accident", and like to collect his skin flakes. This is literally all we learn about him, and we get it repeated at us over and over in the film. I shuddered every time he came on screen because there wasn't anything of substance to the character. He was just god-awful. 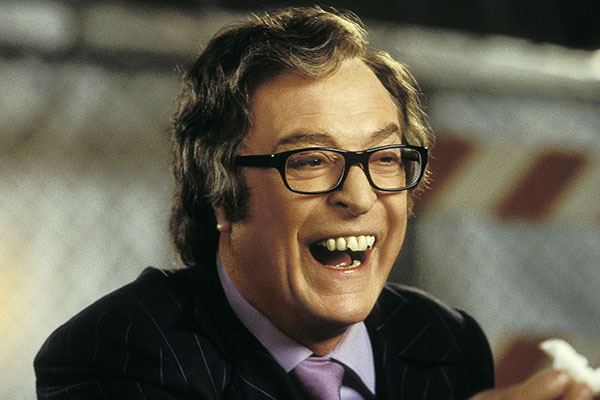 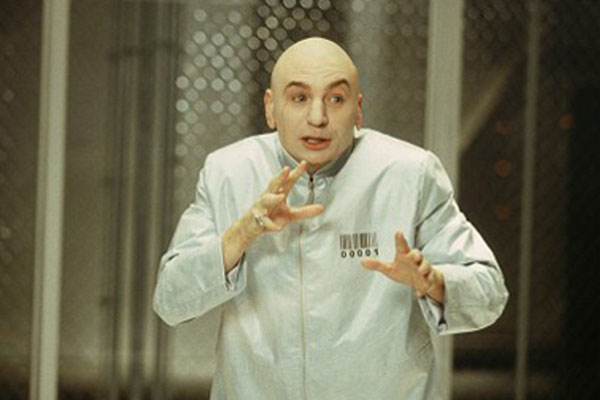 And that doesn't even get into how much the film was high on its own supply. It opens with a lengthy fake-out sequence of Austin participating in the filming of a movie based on his own life, and then spends a lot of time in the opening sequence playing with the "conventions of Hollywood". It feels out of character for Austin, and that doesn't even get into the awkward cameos from Tom Cruise, Gwyneth Paltrow, Brittany Spears, Danny DeVito, and Kevin Spacey (cringingly playing Dr. Evil). I don't know if this was supposed to be a joke in all of this, but it wasn't funny at all.