I don't like ghost stories and I've made that clear (even in my review of the previous film in this series, The Amityville Horror), but what I like even less are exorcism stories. They all play on the same ideas: inexplicably events, people acting out of character, some entity taking control of objects or people. It's always the same thing and I get so bored by them. I don't tend to write off entire genres (or sub-genres) but I really am not the target audience for ghosts and possession stories because, in general, the genre hasn't had anything new to say for a good 50 years (or more). 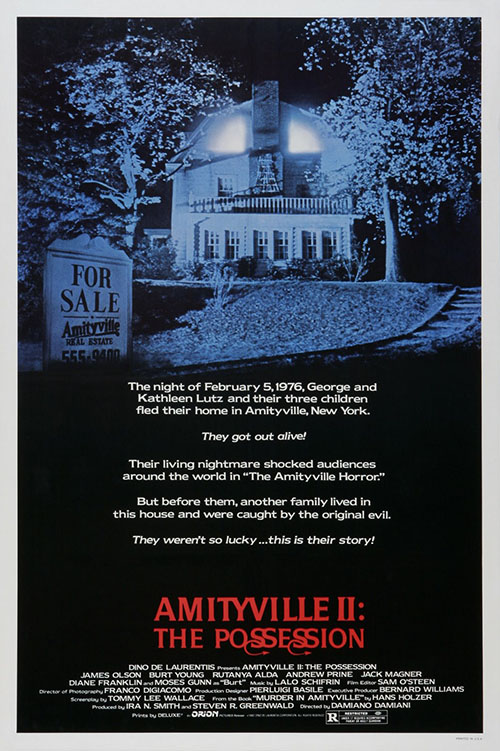 So you can imagine my absolute "joy" at having not just a ghost story but a demonic possession story as well in this second film in the series, Amityville II; The Possession. But beyond this film mashing two things I couldn't care less about together, it's also a completely inept story, lacking any of the hallmarks of what I'd consider a "good" film. It sets up a story like the first film, meanders for a while without ever really giving us a "plot" and then it lurches from one "big" moment to another until it just unceremoniously ends. An absolute waste of time.

In this sequel we see the arrival of the Montelli family at the Amityville house. The family -- dad Anthony (Burt Young), mom Dolores (Rutanya Alda), older brother Sonny (Jack Magner), older sister Patricia (Diane Franklin), younger sister Jan (Erika Katz), and younger brother Mark (Brent Katz) -- quickly settle in, but it's not too longer before all the ghostly things you expect from this house begin happening. The dad, an abusive prick with a temper, starts taking it out on the younger two, not believing their stories about how the house is doing it on its own, and this only upsets the mom, of course.

The family, a church-going lot, all head off to Mass one evening, leaving the older brother behind. While at the house by himself, the entity possessing the place instead takes over Sonny. Soon he's acting weird, sometimes even looking like a demon is trying to take him over from the inside out. He ends up seducing his sister, Patricia (ew), start terrorizing the mom, and then, eventually, picks up a gun and decides to go on a shooting spree, taking out the rest of the family. After that, though, he doesn't remember anything he's done. This leads the family priest, Father Frank Adamsky (James Olson), to assume the boy is possessed. If only he could get the authorities to let him do an exorcism to help the poor lad.

There are any number of issues with this film, but I think the first one we have to tackle is the fact that this film can't really decide if it's a prequel or sequel to the original film. It's dubbed a prequel, retelling the events of the original murder spree... except that family was the DeFeo clan, as referenced in the first movie. Plus, if the Church already suspected that this house was causing issues (because this film is a prequel), wouldn't they have acted to cleanse the house when a second family moved in (in the original film) and reported the same issues? But if it's a sequel, then there's the events of the first film that lay evidence, so why is the Church dragging its feet here to help anyone, including the possessed boy? The continuity is off and that kind of stuff bothers me. 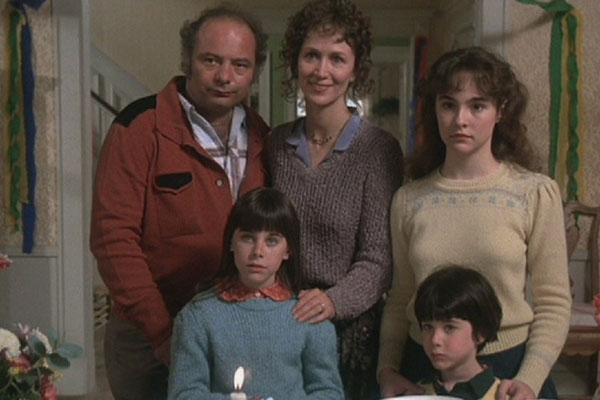 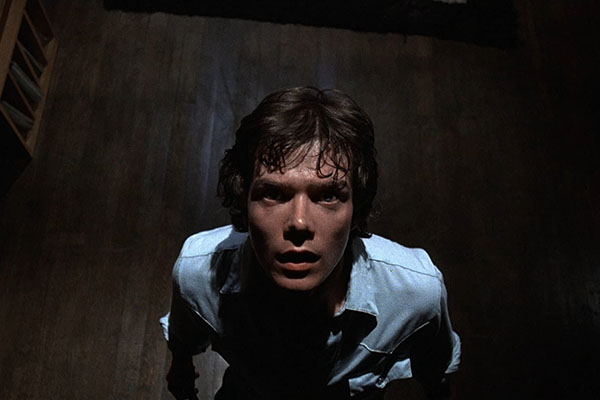 Beyond that, though, we have the fact that the film is a horrible chimera of two different ideas -- a haunted house story and a possession story -- and it never really figures out which movie it wants to be. Hell, because we already suspect where this story is going -- Sonny is gonna pick up a gun and shoot everyone in his family, just like what happened with the DeFeo family -- the film lacks much of the energy you need to get wrapped up in the events that are about to unfold.

As if trying to defy expectations the film has Sonny commit this horrible act an hour into the film. This then leads to a last act all about trying to cleanse the boy and save his soul. There are issues with this, not the least of which is the fact that this is the least interesting part of the film. Once we get past the very real violence the son commits we then land in this hazy, preternatural story that just drags on for a while and then just peters out. The biggest action sequence happens two-thirds of the way into the film, but the movie just keeps going because we have to hit feature length.

Not that the first two acts really work either, mind you. To get invested in the action we have to care about the family and their drama. Unfortunately none of these characters have any actual substance to them; they're all thinly sketched characters, each with one personality type (if that) to define the whole of their existence. We need more time with these people to learn about them but, in the end, all I could tell about any of them was that they were all way too close for my comfort level. Seriously, when the boy seduces his own sister I wasn't even sure if the ghosts were making him do it; he was way too familiar with her before that (and she him) and this just felt like something they would have done, demonic possession or not. It's gross.

The film really needed to lay a lot more groundwork for us to care about anything that happens in this film. But, because it all builds to the climactic shooting spree only an hour in there just isn't enough time to flesh these people out. We don't care about their lives, and thus we don't care when Sonny picks up a gun (under the control of the demons or whatever) and blasts them all away. Hell, if anything, we already hated the dad by this point (as he was an abusive ass) so it kind of feels like Sonny did us a favor. 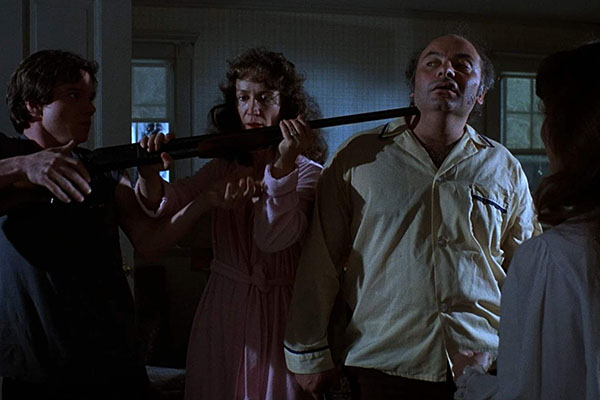 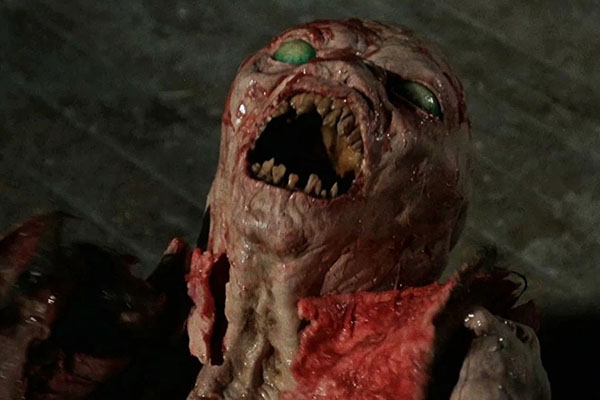 The best I can say about this film is that, from a production stand point, it's competently made. It looks decent enough, with solid practical effects and makeup, as well as a trained eye behind the camera providing some decent cinematography. It's nowhere near enough to salvage the film -- I wouldn't go so far as to say it's handsomely made, just that it doesn't completely hurt my eyes to watch the film -- but it does elevate above some truly wretched films I've watched.

Make no mistake, though: this film is bad. It doesn't have the clever "it could all be a true story" angle to power it that the first film managed, so it has to get by on its actual story and scares, and it lacks both of those. It's just a bad movie trying to sell itself on the power of it's name, and for someone like me, that's just not enough. Not even close.