I Would Have Left Long Before the Walls Started Bleeding

As I know I've mentioned before, I am not much for ghost stories. It's not because they scare me but because they bore me. They all have the same tricks, beat the same dead tropes, overuse the same beats over and over again, all to try and illicit scares you can see coming from a mile away. It's the same beats also hit in possession films (and often the two story types overlap, and once you've seen one of these kinds of films (or shows, for that matter), you've seen all the genre has to say on the matter. 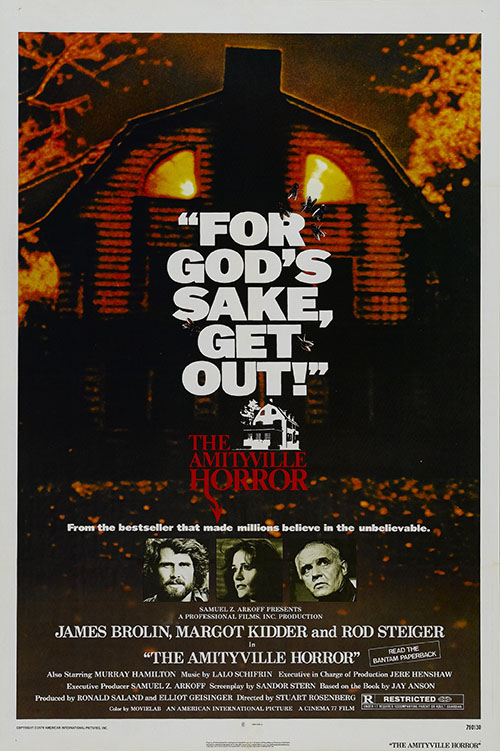 Somehow a collection of the first three films in the Amityville Horror series ended up in my collection (either it was given to me or it was so cheap I just felt like buying it to see if maybe this series was going to be good). This is a long-running film franchise produced by a number of different studios, each one picking up the rights to the original book, the Amityville Horror by Jay Anson. None of the later movies are remembered at all fondly (and quite a few were produced by The Asylum or studios even smaller and worse than that studio). But these first few were professionally made, studio-backed films. Surely this first one, which launched the franchise, would be good. Right?

The trick of 1979's The Amityville Horror is that you have to buy into the truth of the story. When it came out originally the film was based on the tale of the Lutz family who lived in the house in question and supposedly experienced everything the film documents. As we see, they bought a house where, years prior, a series of murders had taken place. Although it was a bit of a fixer-upper, the house seemed fine and the family -- George Lutz (Jame Brolin), wife Kathy (Margot Kidder), and children Greg (K. C. Martel), Matt (Meeno Peluce), Amy Lutz (Natasha Ryan) -- move in immediately.

Of course, as you'd expect, as soon as they move into the house weird things start happening. Infestations of insects start appearing. Religious people that come over leave immediately complaining of being sick. Windows and door stick as if locked even when they have no locks. And this is all on top of George acting strange, getting worse and worse and more violent with each passing day. By the end of three weeks the house is talking at them and the floors are bleeding and the family decides that now, this time it's time to leave, never to come back.

That is if the family is to be believed. While they told the author that this is what happened, supposedly, a lot of fiction was wrapped up in whatever little bit of "fact" might have been part of their story. This film, purporting to dramatize their allegedly true story just wraps even more fiction around the tale. The audiences were sold on it being a "true accounting", but that's like saying the tale told in The Blair Witch Project is real; it's not, but the film got a lot of mileage back in the day on the artifice. 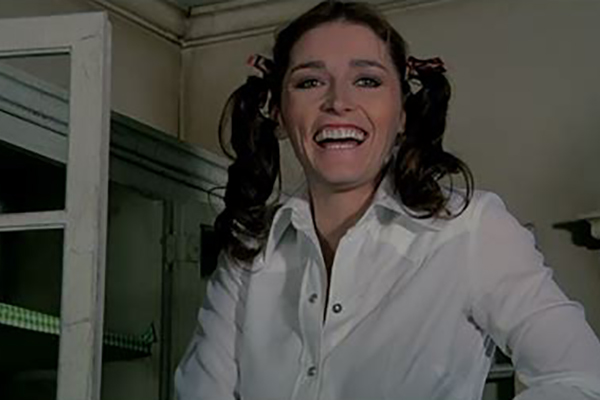 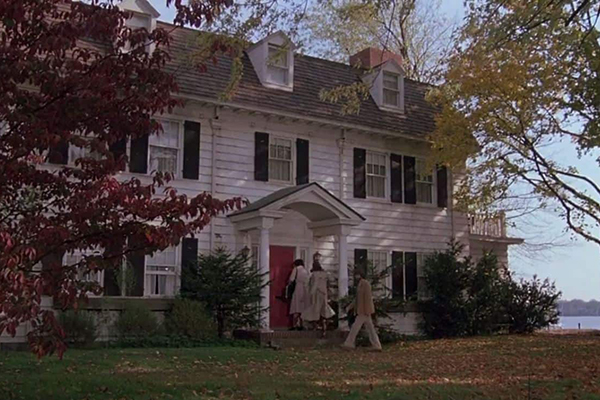 The issue is that once you strip that artifice away and know it's a completely fabricated story (the bleeding walls should have been a tip-off) the film doesn't really have much to sell it. You have to want the story to be real for this film to have any impact; without that this is just another tired ghost story. Worse, it's one without anywhere near the scares, gore, or action to make it stand up to other tales within the genre. It's so reserved, trying to hold to the "true tale" that it can't commit to real, ghostly scares.

In fairness, the early scenes of the film do have some creepy scares. The parts where the priest, Father Frank Delaney (Rod Steiger) comes over, is attacked by a horde of flies, and has a near heart-attack, or where George slowly devolves as if he's being influenced by the house, those are affecting. But there's a lot of faffing about in the process, with doors locking and refusing to open or strange noises happening late at night, but without anything else to back them up. It's less like a horrific haunting and more like the house is just fucking with the Lutz. "OooooOooOOOooooh," you expect it to say at some point.

Plus, there's the fact that there's no real resolution to the story. Stay true to the way the Lutzs told it, they fled the house but the residence remained, haunted by... whatever to this day. The film introduces the priest, and has the running plot line about the Catholic Church, but that ends up going nowhere. No one comes by to exorcise the house and the Church in no way actually helps our protagonists. And the solution I'm sure the rest of us would have come up with -- burning the damn place down -- never occurs to our heroes. They just flee and then the film ends on a text crawl.

I struggle to think about how this film could have been saved (bearing in mind there's a 2005 version of the story that was equally bad, all things considered) and the only way to improve it would be to change the details of the story that it in no way even resembled the (already fictional) account from the Lutzs. You'd have to have some actual menace from the house, have a ghost (or five) come out and really attack people, or possess them, or something. You gotta do more than the house just annoying the people until they leave. The climax needs to be a climax (and not just the house passive-aggressively bleeding at people until they go away) and the film needs to properly build to it. 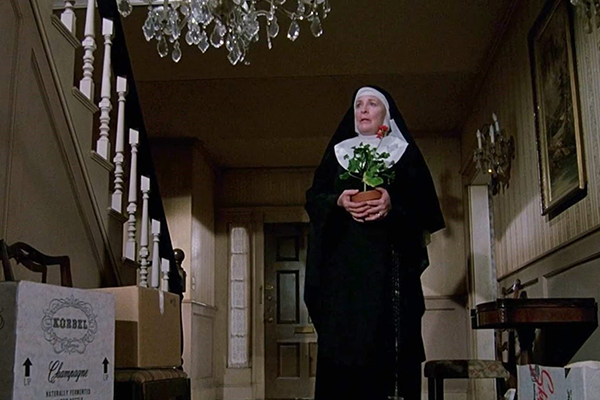 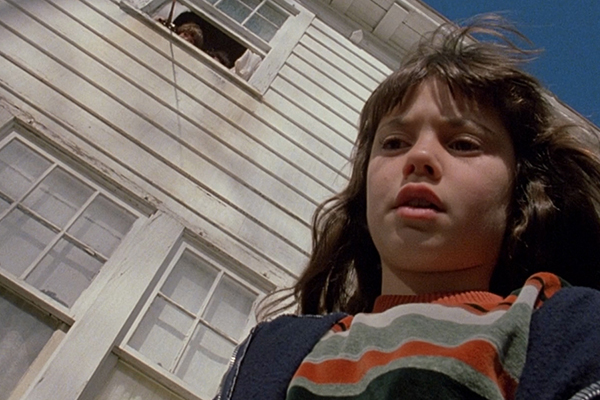 But then I have to wonder how many of us would have bothered sticking around for three weeks in a house that obviously didn't want us there. Hell, seeing a room absolutely filled with flies would have been my last straw and I would have bailed halfway into the first day. I wouldn't have stuck around long enough to have the house shout at me, let alone go digging in a basement to find someone's hidden grave or even to witness the house bleed at me. Bugs? Yep, I'm out. Someone else can buy this place, thank you.

It's a credit to the actors, Kidder and Brolin, that the film is as watchable as it is, but this simply isn't the kind of film that can hold up once the truth of the story comes out. Once you know that everything that happens here is fake (and not just Hollywood dramatized fake) there really isn't any meat left to the story. This is a film that succeeded because of the PR campaign around it; without that this would have been a giant failure at the Box Office. Audiences, though, bought in hard and turned this film into a smash hit.

And sadly that means I have at last two more of these disasters I have to sit through now...